Avatar Flight of Passage at Animal Kingdom – Is it Worth the Wait? 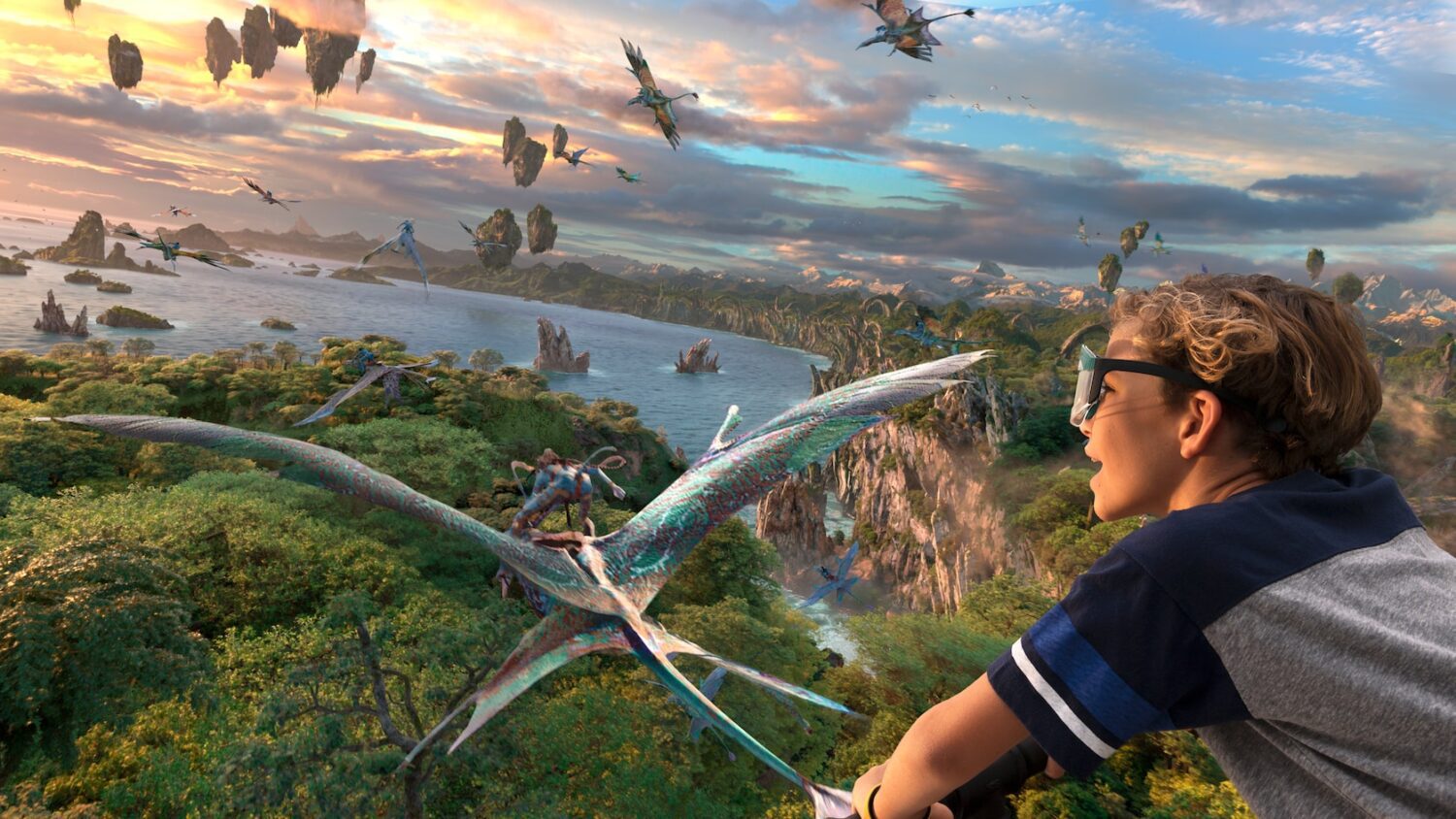 Our entire family LOVES 3D flying simulator rides. We’ve been on Masters of Flight at LEGOLAND Florida, Soarin at EPCOT, and Race Through New York with Jimmy Fallon at Universal Studios. They are all, by far, at the top of our list of favorite rides at each park. This past weekend, we surprised the girls with a trip to Animal Kingdom and got to ride Avatar Flight of Passage for the first time. In my opinion, it’s the best of all the 3D flying simulator rides.

The line for Avatar Flight of Passage was consistently long throughout the day, at one point reaching 150 minutes toward the early evening. The good news is, that Disney offers a limited number of lightning lane entrance passes, but they do go quickly. Luckily, we paid for our lightning lane entrance passes as soon as we paid for our tickets that morning. For $14 per person, I can honestly say, that it was absolutely worth not having to wait in a line for two and a half hours.

Once you are in that room, they have you watch two different short instructional films. Compared to other rides with similar movies, those for Avatar Flight of Passage are VERY long and drawn out. I’m not sure they count that in the wait either. But they seemed to go on for much longer than they needed to.

The wait had everyone’s anticipation rising. There was a family next to us with a Dad that was at least 6’5″, we’ll call him “Tall Dad”. As soon as the cast member announced that the ride was not recommended for people with a fear of heights or motion sickness, Tall Dad announced he was “out”. You could tell that his oldest son was contemplating going with him but his Mom convinced him to stay. It seemed she had been on the ride before and knew they could handle it.

As soon as he was instructed where to go, Tall Dad handed his glasses back to the cast member and walked out of the exit just steps away from finally getting onto the ride. I just kept thinking that I hope he hadn’t waited in that line for two hours for nothing.

This scenario, of course, triggered my anxiety. I wondered if this man knew something I didn’t about Avatar Flight of Passage. I considered following him out the door. My brain went crazy — does it go upside down? Will I feel motion sickness like I do on Masters of Flight? Will it be worse? Will I pass out? You know, all of the things that someone with anxiety has to question before doing just about anything.

I pushed through and couldn’t be happier because Avatar Flight of Passage was so much more than I could have ever expected.

Once you’ve secured all of your belongings in a cubby, you get onto what looks like individual bikes. There are mechanisms that lock your legs and back into place. The screen shows you which Avatar you have been paired up with (mine was beautiful). Next, the walls in front of you come down and reveal a giant screen, very similar to the other 3D flying simulator rides.

For the majority of the 5-minute ride, Super Dad and I just kept looking at each other and saying things like “this is so cool! and “WOW! Look how beautiful.” Although you feel like you’re falling a number of times, I felt absolutely no dizziness or motion sickness like I do on similar rides. It’s so smooth and there is so much to look at, smell and feel. I didn’t want the ride to end.

Our family spoke about Avatar Flight of Passage the entire way out of the ride and on our bus ride back to the resort. Without giving too much away, we all agree that it’s a ride that everyone should experience at least once. And now that we have, we will definitely be back to Animal Kingdom to ride it again (and again).

Is Avatar Flight of Passage scary?

We wouldn’t call the ride scary at all. It does have some intense moments where you feel like you’re falling, but we felt more in awe than scared.

Does Avatar Flight of Passage have a height requirement?

Is it the best ride at Disney’s Animal Kingdom?

In my opinion, absolutely. There were so many rides that we loved, but Avatar Flight of Passage was by far the best one.

We hope you enjoyed our review of Avatar Flight of Passage at Disney’s Animal Kingdom. If you have any questions that we haven’t answered, please leave them in the comment section below and we will add them! Stay tuned for more about our most recent trip to Animal Kingdom. Make sure to read about all of our family adventures in Florida.