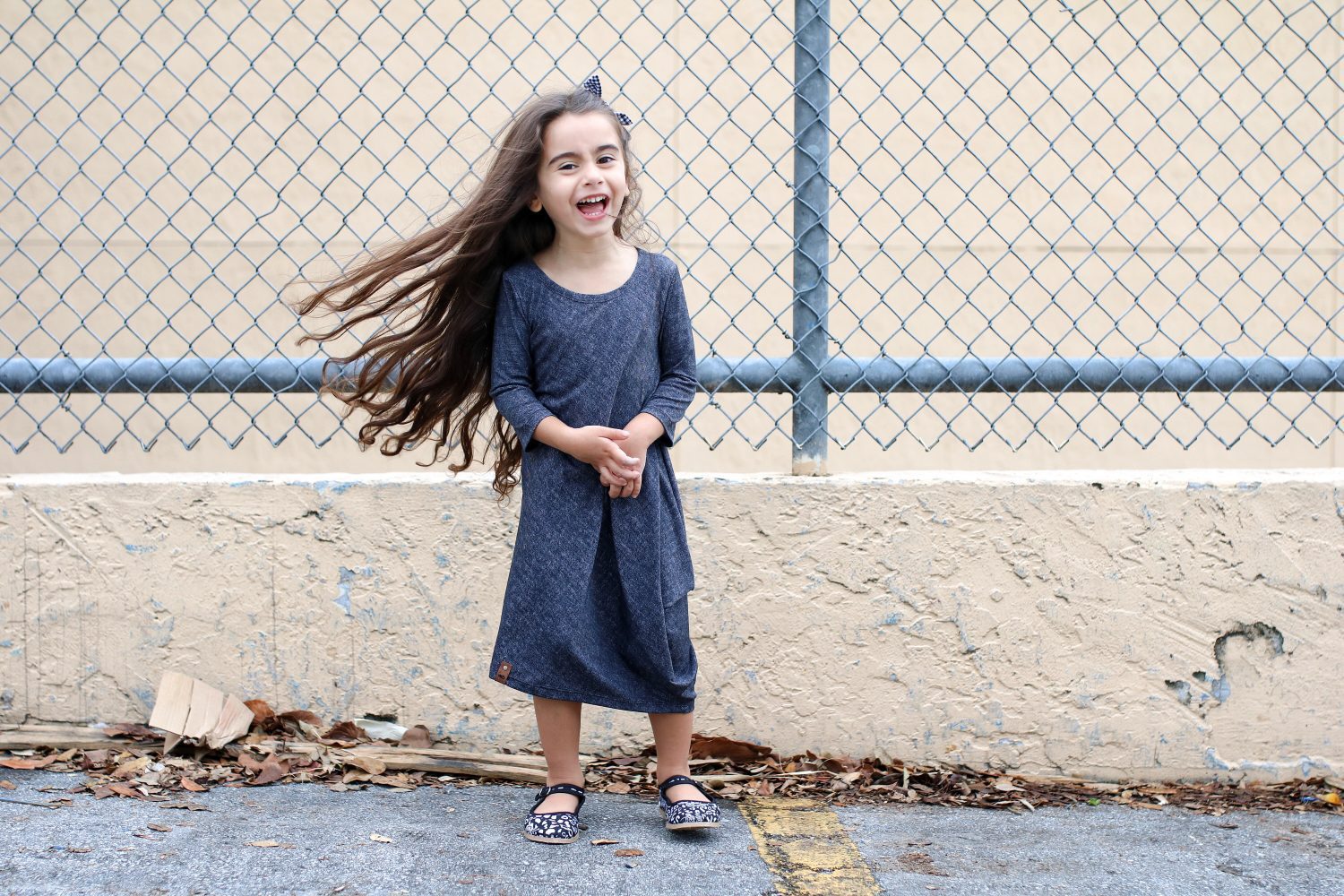 The most frequently asked questions that I get are, “How do you I capture the perfect smile?” and “How do you get Falynn to smile so genuinely?” I can’t help but think back to my childhood, when people just said “Say Cheese” and everyone forced out the best smile they could.  Yeah, that doesn’t work.  Like many others, I just get a smile that looks like a mixture between being constipated and confused.  And the honest answer is, I don’t tell her to smile and I definitely don’t tell her to “say cheese.”  My secret is simple… I just allow Falynn to be herself and I capture it with my camera. But there’s a little bit more to it…

If you want to capture the perfect smile, take the time to make your little one laugh.  Find out what’s funny to them and do it.  But I must warn you… it might be embarrassing.  When we are on photo shoots together and she needs a little encouragement, she will actually tell me to say things.  For instance, the other day, she was making some strange faces and she stopped, turned around and said, “Mommy, say boobies so I’ll laugh.”  So standing on a golf course, with strangers not even 2 feet away, I was repeatedly saying “Boobies. Boobies. Big giant boobies.”  Boobies in a cartoon voice. Boobies in a manly voice.  All kinds of boobies. They were some of the best smiles I’d ever captured.  No kidding.  And the looks on those golfer’s faces made the whole situation just a little more hilarious.

There was another instance where I moved my foot a certain way and made a noise that sounded like I passed gas.  Falynn burst out laughing.  I snapped so many pictures in that 30 seconds and realized that if I needed to, I would have to do that again… even in a crowded area.  That was the day she called me a “Phartographer” and my older girls were sure it was a brilliant business idea.  Luckily they’ve decided against pursuing that.

After posting the question in our Facebook groups, I found that I’m definitely not alone.

“Mine involves lots of self abusive behaviors such as hitting myself on the head with my shoe, dropping grass and leaves on my head and bringing a sock along to ‘smell & faint’.” – Allison

“I pretend a bird pooped on my head often. Every one of my kids loves when mommy gets crapped on. LOL” –Helen

“When we first started repping a simple fake sneeze or blowing a raspberry would get the best responses. A year later, I have to make the most grotesque sounding fart noises to get her attention. If that doesn’t work long enough, my helper (her grandmother) will tell her mama pooped her pants… That always gets huge smiles, and funny looks from passerby’s.” –Vicki

“My husband hid behind a big bush pretending to be a squirrel moving around [and added silly voices].” –Chelsea

The best tip I can personally give you is that you will get the best reactions when they aren’t forced.  Don’t think of taking pictures as a task, think of it as an opportunity to capture your child being themselves.  Whether that means you are hiding behind a bush or making a fool out of yourself, it will make for beautiful memories you can share when they are all grown up with families of their own.  For more tips, make sure to check out my previous posts.

Do you have something that you do to make your little one’s laugh?  Comment below and share!