Halloween is a great time for your kids to express their individuality and personality! But buying a ready-made costume gives them a chance to walk into a Halloween party and find someone wearing the exact same costume. Ready made costumes can also get pretty pricey. So this year, I challenged our teenager to create her own costume, using only pieces found at our local thrift store. I was pleasantly surprised to see that she was able to put together this DIY Kim Possible costume for under $20. 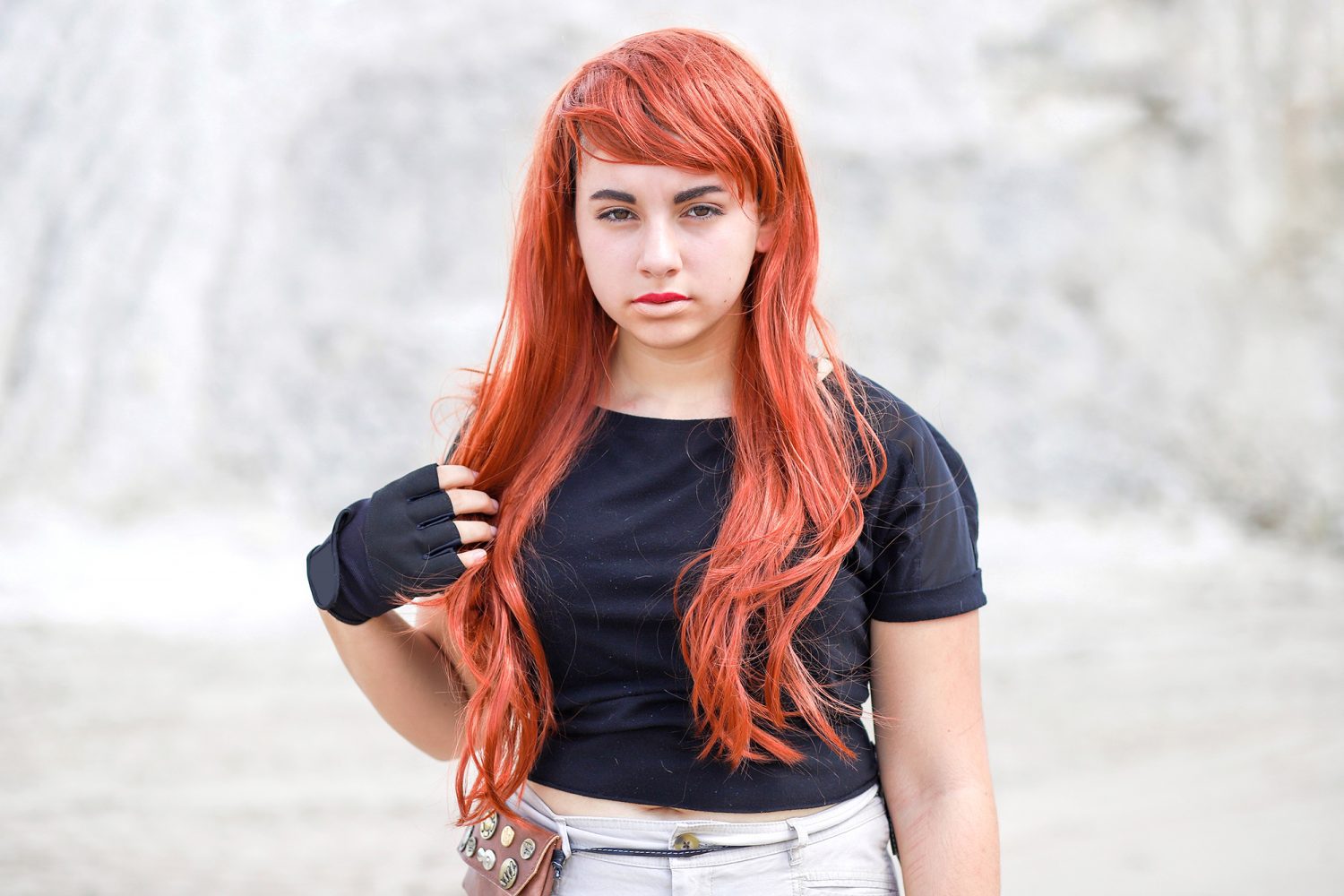 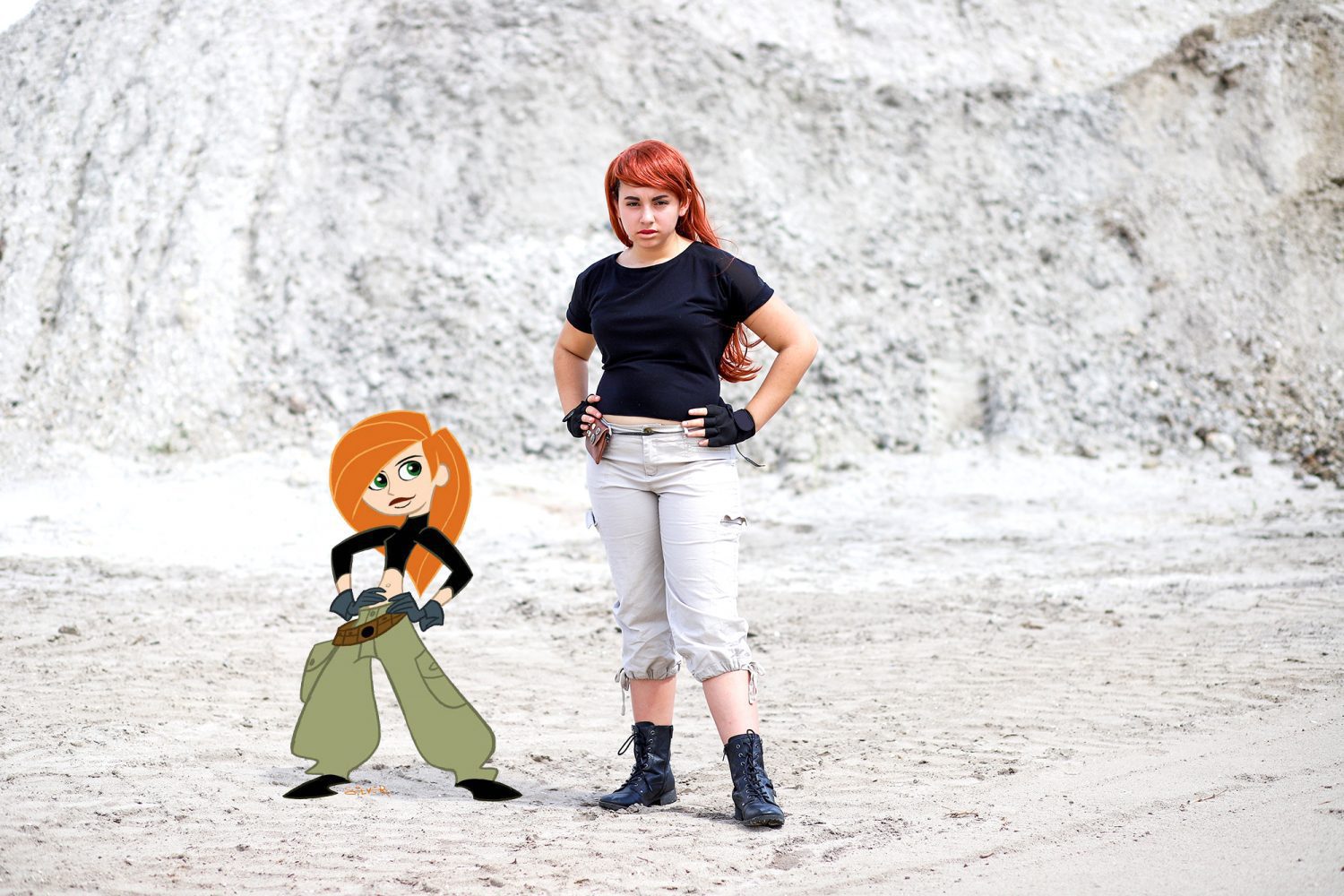 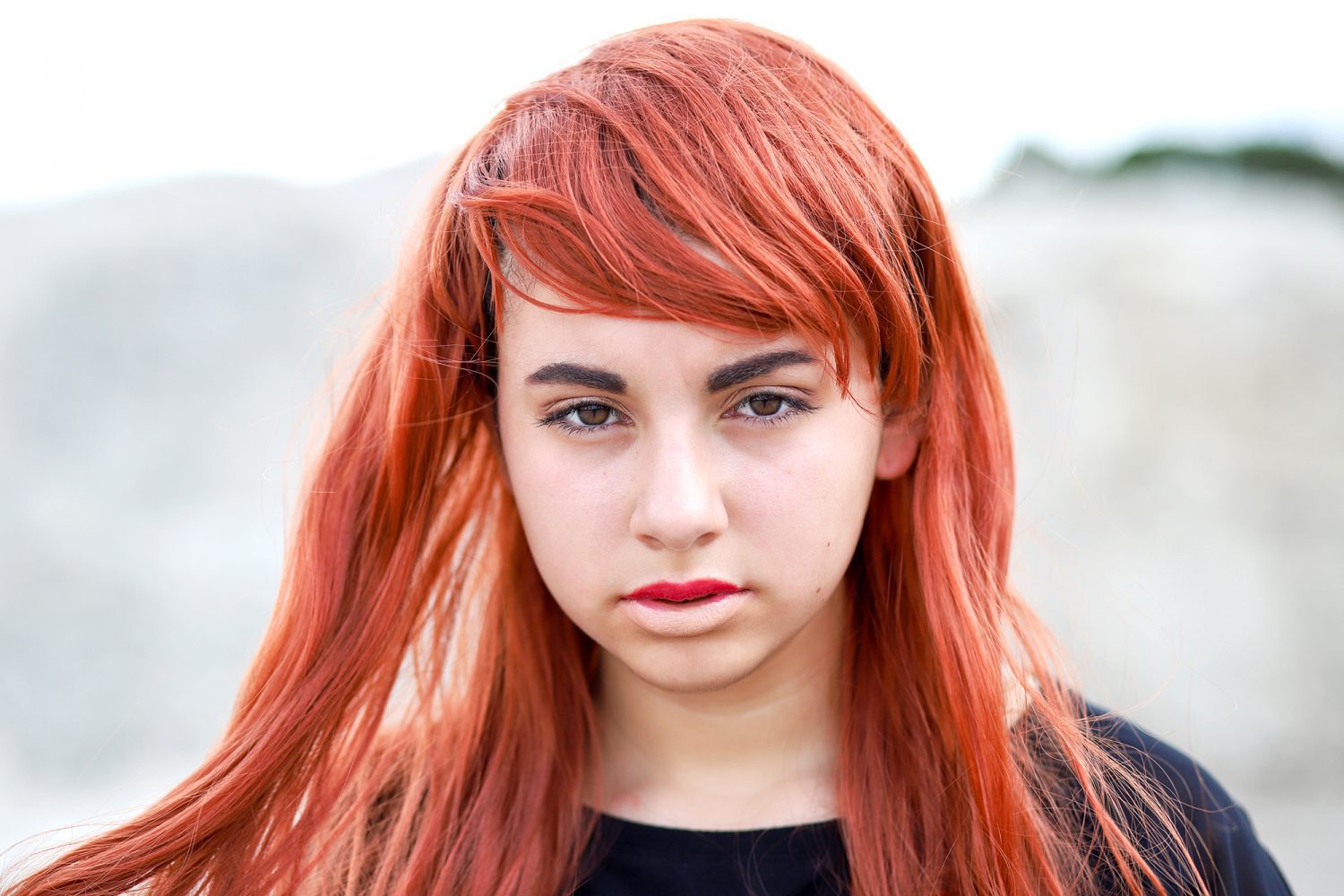 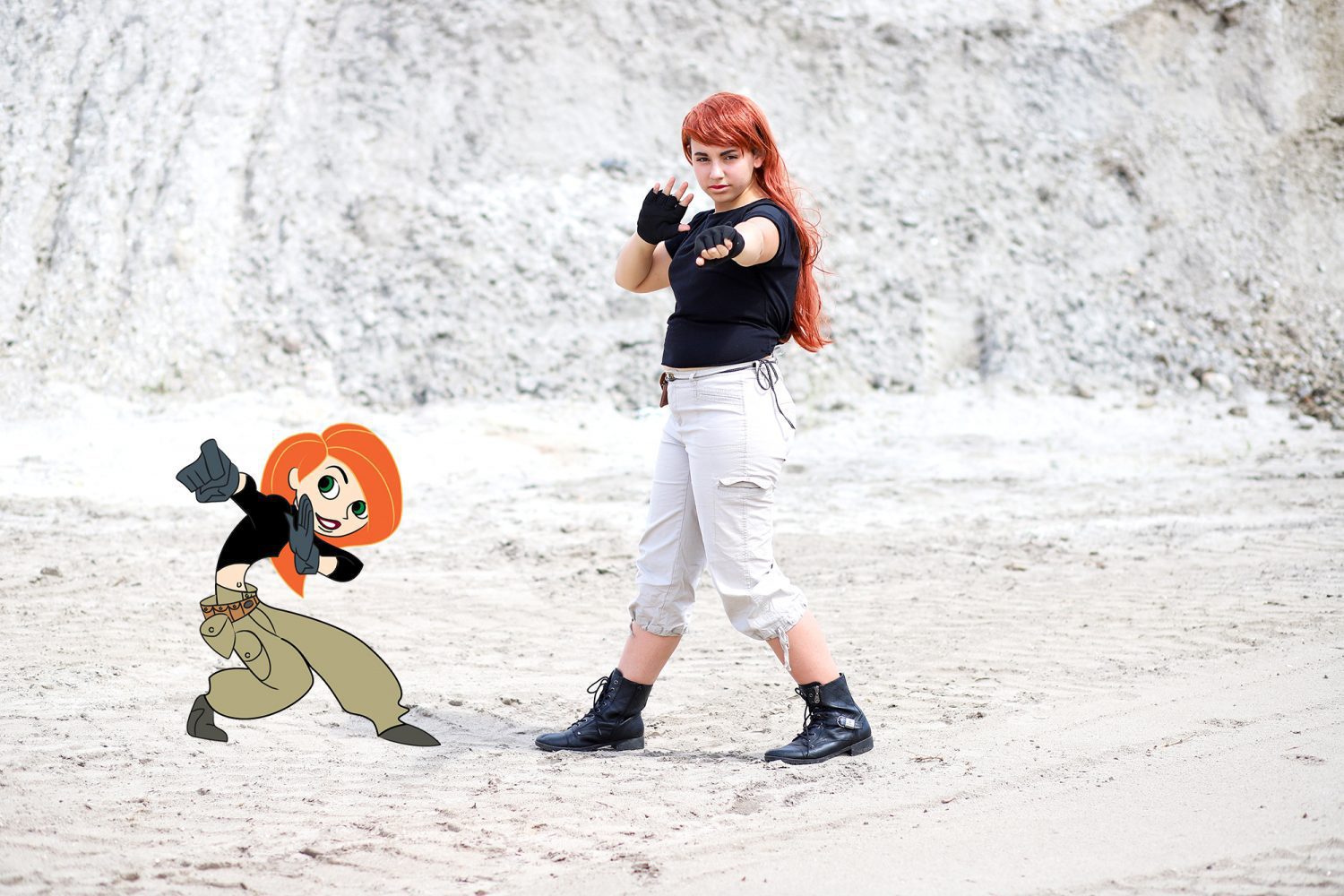 Kim Possible was originally released in 2002, three years before our oldest daughter was born, but it was a favorite of hers growing up. Kim is a high schooler who fights crime on a regular basis while dealing with everyday teenage issues. If you ask her to sing the theme song, she still can, word for word. She was also turned into a live action movie in February of 2019.

What I love most about Kim Possible is how simple her outfit really is.

What You’ll Need for Your DIY Kim Possible Costume

Black Top: Kim Possible’s black top in the cartoon is 3/4 sleeved and a turtle neck; however, since we live in Florida, there aren’t many long sleeved, let alone, turtle neck tees to be found. Lucia was able to find this black short sleeve top, which she trimmed to make a crop top, for only $3.97.

Cargo Pants: Kim Possible rocks green cargo pants, but Lucia was able to find these khaki cargo pants which are pretty similar and can be worn throughout the year, for only $4.97.

Black Gloves: In the cartoon, Kim Possible wears what looks to me like black rubber dish washing gloves. In the live action film, she wears fingerless gloves. Lucia was able to find these fingerless gloves for $4.

Utility Belt: Kim Possible rocks a brown, utility belt which we thought we’d never find. Luckily, we had a brown purse at home that she was able to cut and feed through her belt loops to use as a belt.

Red Wig: Kim Possible wouldn’t be right without her bright reddish orange hair. We were surprised to find that our local thrift store actually sells costume wigs before Halloween. She picked up this wig for $7.

Black Shoes: Since Kim Possible’s black shoes are hidden in the cartoon version, Lucia decided to pull out her black lace up boots which were perfect for this costume!

She did a great job with her DIY Kim Possible costume, didn’t she? And believe it or not, she found a 2nd costume at the thrift store and you won’t believe what we paid for it! Stay tuned. We will share it in the next couple of weeks! Any guesses?

Make sure to check out all of our Halloween posts and stay tuned for some more recipes and tips!

Halloween Trick or Treat Cupcakes Filled with Slime and Sprinkles

These are Not Your Grandma’s Shoes

Explaining the Las Vegas Shooting to my Kids

This adorable free printable sheet of cards is perfect for Halloween. Just print, fill out and attach a treat like these adorable ghost lollipops (tutorial also included)!