Getting Vaccinated After Over a Year at Home 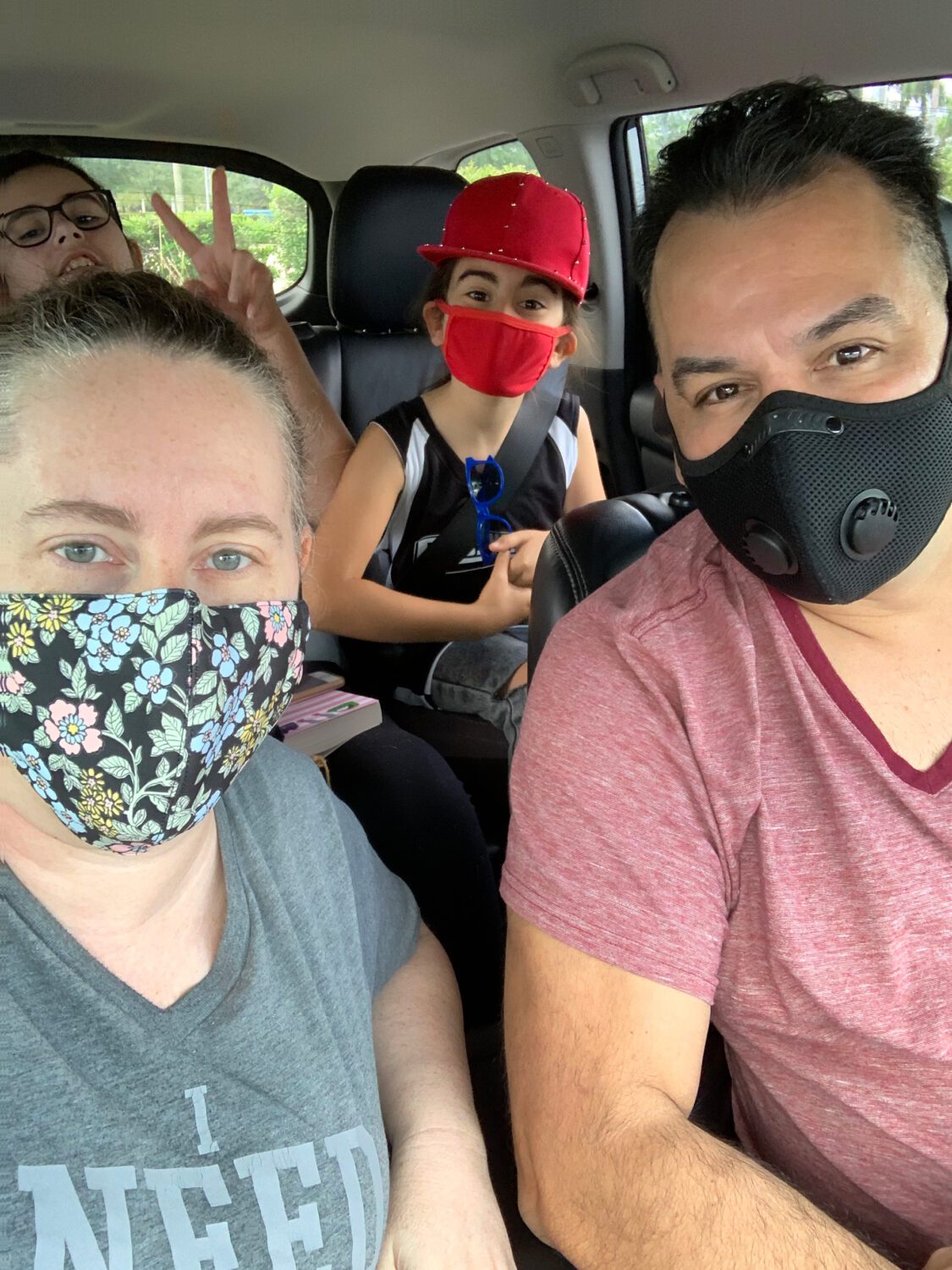 Three hundred ninety-one days after the schools announced they were shutting down for “at least the next two weeks,” we can finally see the light at the end of the tunnel.

Super Dad and I got our first shots on Sunday, and I thought it was important to share not only why we chose to get vaccinated but also the process.

We became eligible to get the vaccine on a Monday. I spent the first two days going to every single website of the places that administer the vaccine, hoping to get lucky and score two appointments. I became more and more frustrated with each “sorry; all booked” that showed up on the screen.

And then they announced that the following week, they would be opening up vaccine eligibility to 18 and up, and I panicked. How were we supposed to get an appointment before then? I thought, once they open it up to 18 and up, it will be nearly impossible.

So I did what any other person who relies on social media for so much and found a FB group specifically for Florida Coronavirus information. I quickly typed up a post asking for help and, within minutes, was given the information that had us booking an appointment that same night.

First, they told me to sign up for the waitlist and that someone would call us as soon as an appointment was available. I had already done that the week before and didn’t think it was the best idea to wait around for someone else. I’m a proactive kind of gal. Good thing because no one ever called us.

Next, they sent me a link to Vaccinefinder.org. It provided links to places I didn’t even realize were options for the vaccine. I found that it occasionally showed that there were available appointments when they weren’t.

Finally, they sent information from one of the group’s admins that changed everything.

There’s a rhythm. I think Publix is Wednesdays at 7 a.m. for J&J, Fridays, and Mondays for Pfizer. CVS updates at midnight.

As much as I searched, I couldn’t find that on either of their websites. Although it’s possible that I missed it.

That night, I stayed awake way past my bedtime and was on the CVS website at exactly midnight. I refreshed the screen a few times until POOF! Here are the available appointments! I was able to grab the same time for both my husband and me for Easter Sunday!

That Sunday, we walked into CVS hand in hand, with our masks on, and for the first time in a long time, I could imagine what it would be like to walk into a store and not have to worry about covid. In 385+ days, I had only been inside of a handful of stores, thanks to store pickup, shipping, and grocery delivery.

Once we presented our IDs, we got a handwritten vaccine card. He told us to follow the arrows to the pharmacy, where I handed them my card and asked to wait for the next available chair.

The vaccine administrator asked which hand I write with and instructed me to sit with the opposite arm facing her. I appreciated that attention to detail. Otherwise, I would have had a hard time doing many of the things I needed to do that day.

A little small talk and a tiny pinch, and it was all over. She said to move the arm as much as possible, ice it if it starts to hurt, and take Tylenol if I have a fever or pain. She also instructed me to wait for at least 15 minutes before leaving to make sure that I didn’t have any adverse reactions.

Super Dad was next. I paced back and forth down one aisle until he received his vaccine. At that point, I realized that I don’t remember how to shop in a store. I didn’t look at the things on the shelf. I didn’t consider buying anything. My mind was on getting out of there and getting home.

As we walked through the aisles, I kept a close eye on the time on my phone and only looked up when a person was close by, including one man who had a bandana around his neck and no mask and a second man who had his mask on below his nose.

As soon as the 15 minutes were up, we walked out proudly, though my anxious mind thought about the side effects and how I would feel once we got home.

About 15 minutes after we got home (so close to an hour after the vaccine itself), I started to feel a little woozy. I laid down, took a little nap, and woke up and felt fine. My arm did get sore as the night grew closer, but I continued to move it as much as possible. I made the mistake of rolling over onto it and later regretted that. I also had a slight headache at night and into the early morning.

I wound up icing my arm as soon as I woke up, which seemed to take away the soreness. I didn’t take any Tylenol.

Super Dad had similar side effects, though his headache lasted for a couple of days, and he did wind up taking Tylenol because while it wasn’t a migraine, the headache was getting in the way of getting any work done.

We go back for our second vaccine in just over a couple of weeks. I’ve heard from most of my friends and family that the second one’s reaction was more intense (medical professionals have confirmed that those reactions are a good thing because it means your body is doing it’s job). Most reported body aches, fever, chills, and fatigue.

There were a few that had zero reaction at all to either shot. So I do think it has a lot to do with your body and your immune system.

I’ve already planned to take the day off to rest, binge some Netflix and let my body do what it needs to do.

We still don’t know when the kids will be eligible to get their vaccines, but we are already planning our first road trip since 2019, in late May. It will be the first time we’ve been out of the house, as a family, for more than an hour, in over 13 months.

We will likely be staying in a private home, cooking each day, or having food delivered for the kids. We will not be doing anything out in public, but at least it will be a change of scenery that we so desperately need.

I’m proud of my family for the sacrifices we’ve made to keep others safe over the last year. I don’t regret saying no to parties, gatherings, vacations, or in-person school. The previous year has been challenging, but we learned many lessons, grew closer as a family, and most importantly, didn’t contribute to the spread.

What are you planning to do once things start getting back to normal? 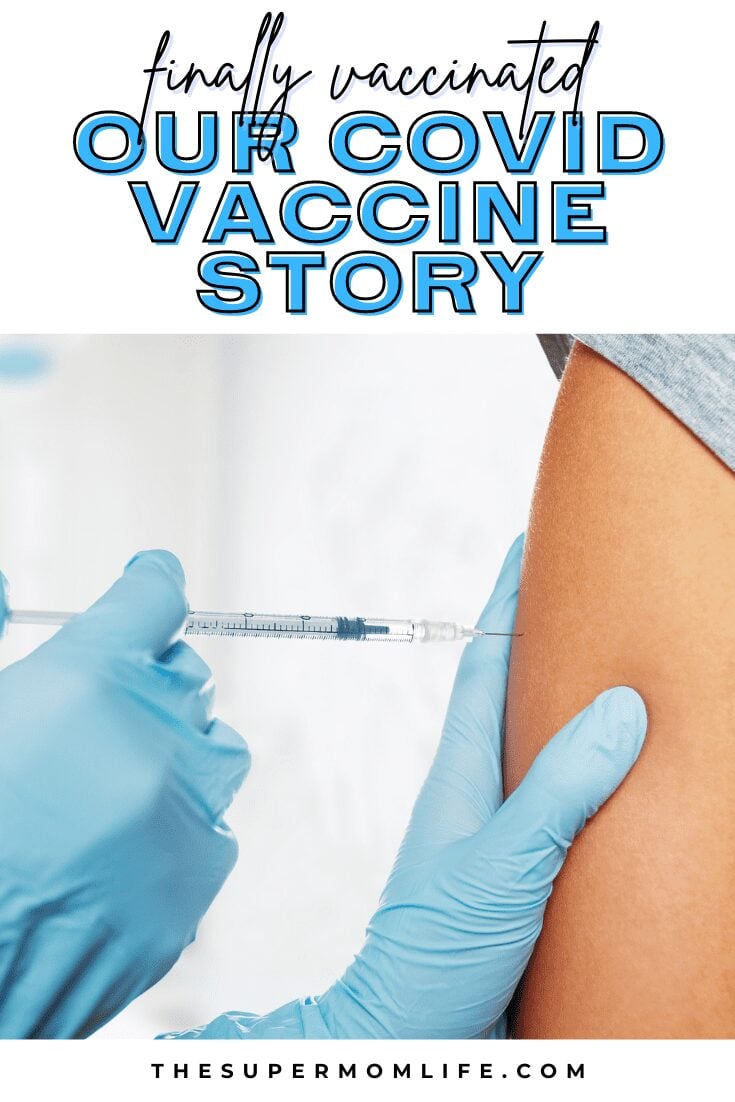 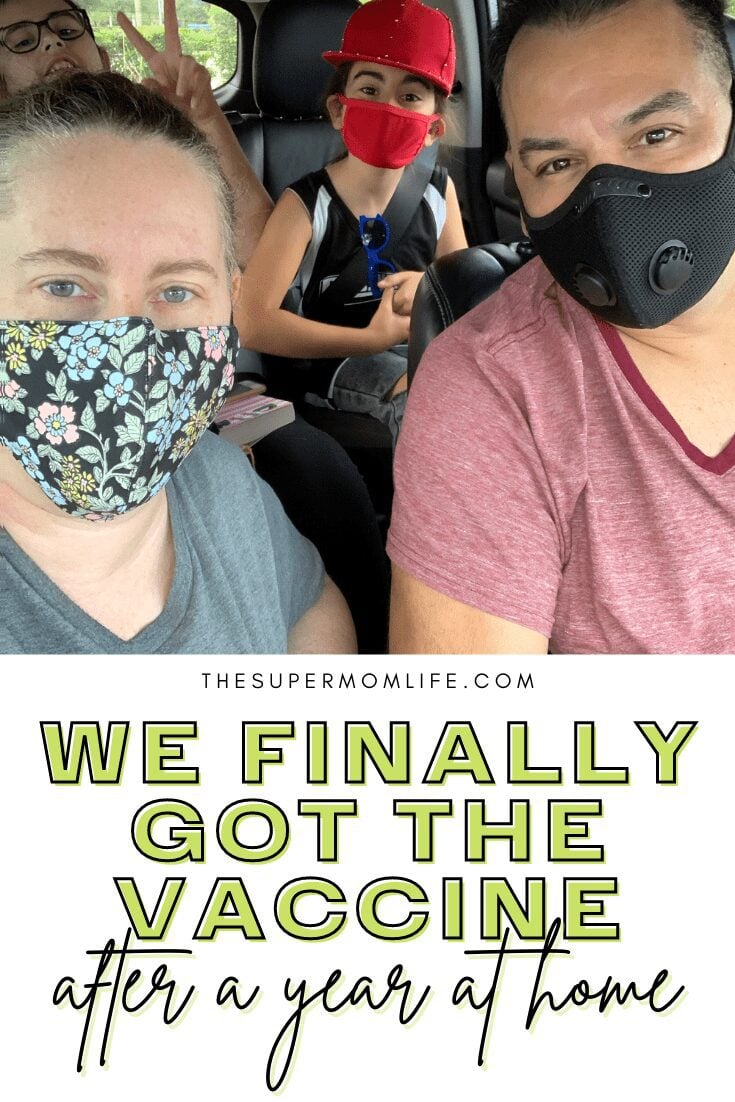