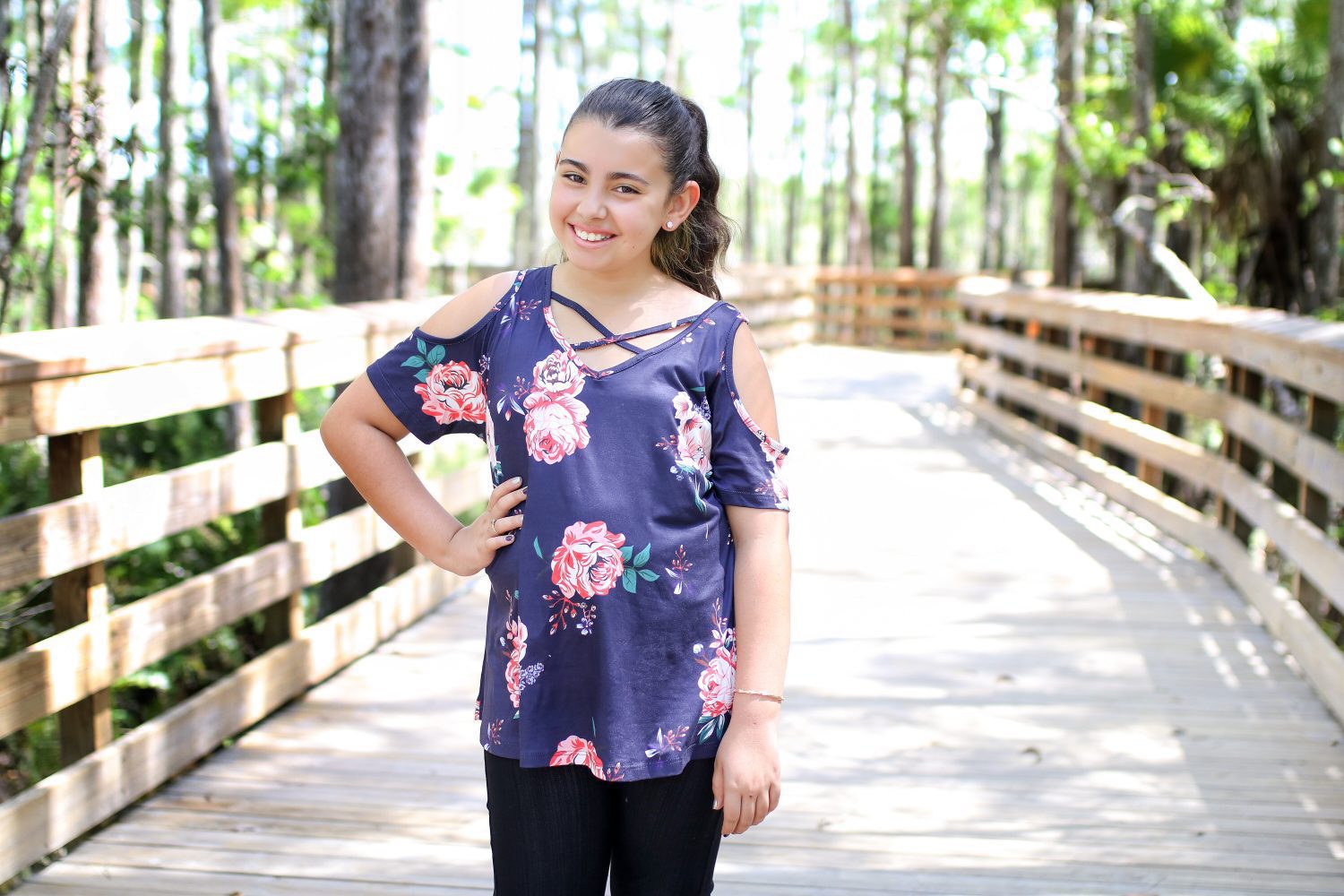 **Jane.com provided the products shown in these photos.

A couple of weeks ago, I watched my oldest daughter, Lucia, walk into Middle School for the first time.  I quickly realized how fast time had flown by.  I swear I just found out I was pregnant with her and in the blink of an eye, she’s almost 12 and becoming a young adult.  While we have no control over how fast time passes us by, we can only hope that as parents, we’ve done our part in raising a kind-hearted, independent and responsible person who is able to make the right decisions when faced with the challenges life throws at them.

Last night, I spoke to Lucia about her first two weeks of Middle School.   She shared how scared she was.  She had gotten used to being at the top of, and the oldest at her Elementary School and now felt as though she was starting all over again.  When you’ve been at the same school, with the same friends for 5 years, Middle School can feel like a whole new world and that can be frightening.  She worried about getting lost in the halls, not having friends, having too much homework… but most of all, she worried about not fitting in.  While it didn’t really matter how you looked in Elementary School, 6th grade was different and she found that it now matters how you do your hair, how you dress and how you present yourself.

While I see a beautiful, intelligent young lady, she still feels like a child in a lot of ways.  While I don’t want her to grow up too fast, I do want her to feel confident in knowing that she can be anything she wants to be.  Sadly, she admitted that she entered the hallways on the first day of school with the idea that she wasn’t going to fit in.   She immediately realized that the girls in Middle School are much older looking.  There is a lot of makeup, huge earrings, fancier clothes and shoes.  It was almost as though everyone had aged a few years in just a couple of Summer months.  Lucia immediately felt pressure to look more grown up.  It seemed to her that if you look older, the older kids will treat you better and you’re less likely to get teased.

While I was amazed to find out that things really haven’t changed much since I was a kid, social media now plays a huge role in an 11 year old’s life.  Lucia finds herself being more selective about what she posts.  If she finds that one of her posts doesn’t get a lot of “likes”, she removes it.  As she put it, everything is about “likes”.   Social media is teaching our kids that all that matters is how others perceive you… and that stinks!  I want her to love herself.  I want her to know that she has the ability to do great things and the only thing that matters in life is that you’re a good person. And while we, as adults, know that social media doesn’t always display the full picture (even we are guilty of only posting the ‘perfect’ parts of our lives), middle schoolers use social media as a place to display how many friends they have, how many fun places they’re going and what they’re wearing on a daily basis.  Even in a selfie, your clothes have to be “on point.”

Which brings me to my worst nightmare… going clothes shopping for a middle schooler.  If you have one, you know that it suddenly became a whole lot less fun for us parents.  I used to be able to take her to the store, choose lots of things I thought were cute and buy them. She loved everything I picked out.  I was her personal stylist and she was the best dressed kid I’d ever seen.  And then, just like that, it was over.  I bought her a couple of shirts and while she thanked me and looked excited about them, they sat in her closet until she outgrew them.  She never put them on once.  I realized that my days as her stylist were over.  I was replaced by a young lady with her own style and a yearning to style herself.  Going to the store wasn’t fun anymore.  She had grown out of the kiddy section and was now fitting into adult clothing…. which was strange because she is still a kid (to me at least).  She would only find one or two things that were age appropriate and then would take forever deciding whether or not she really liked them.  Ugh… now I know how my husband feels about shopping with me.  Sorry babe!

So… what’s a Mom to do?  I decided online shopping was the only way for her to have enough time to shop without me losing my mind and half of my day.  But some online shops are SO expensive.  I’m constantly on the look out for deals and coupons and saving money.  I fell in love with the idea of the daily deal site.  There are so many different brands, so many different options that change constantly AND you get them at a discounted price!  So, a couple of weeks ago, we visited Jane.com, a boutique marketplace that offers daily deals for 72 hours and for up to 80% off and I had Lucia select 3 things.  I’m not going to lie, it took her over to an hour to decide, BUT she did wind up choosing a top, pants and a pair of suede wedge boots and they were not only adorable but still age appropriate!  The entire look was only $41.97 plus shipping!  Not only was it a great deal, but I found that she looked so much more confident the minute she put them on.  Maybe it was because she had chosen each piece or maybe it was because she finally had clothes that she felt comfortable in that weren’t too childish and weren’t too grown up either.  I think she looks beautiful but better than that, I see that she finally sees how beautiful she really is and that is what’s most important to me.  Now she’s ready for middle school!