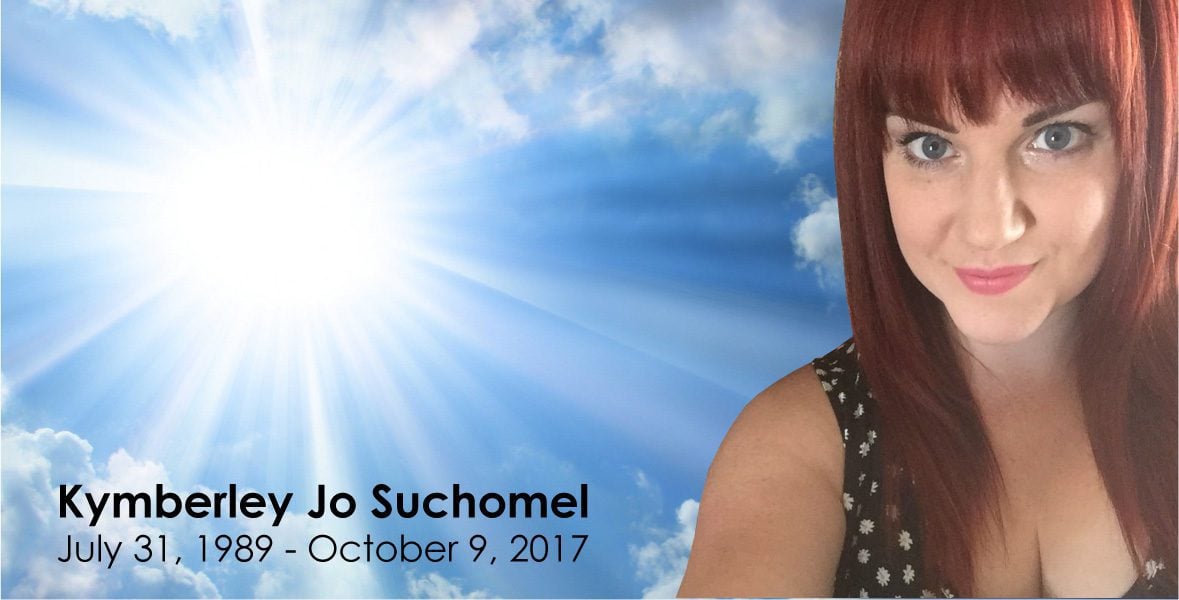 I’ve been spending a great deal of time over the last few days commenting on articles and social media posts that I’m finding regarding Kymberley Suchomel’s passing.  I’m disgusted at the amount of lies that have been spread about her death and the conspiracy theories that are being thrown around about her and the connection to the mass shooting at the Route 91 Festival in Las Vegas earlier this month.  I’m here to set the record straight once and for all on behalf of those that actually knew her.

While I never met Kymberley in person, I had spoken to her on a few occasions and knew her through the small shop community we were both a part of.  As I mentioned in my previous post, she had spoken to me about her epilepsy and that it had often slowed her down. She was also diagnosed with a brain tumor a few months ago.  She was not the “healthy” 28 year old that these articles keep claiming she was.

After surviving the worst mass shooting in modern day history, Kymberley Suchomel rightfully suffered from PTSD, anxiety and a tremendous about of stress.  She wrote on her FB page about the nightmares she was having and her fear of being alone and leaving her house.  It had only been a week since the shooting and she was coping as best she could, partly by sharing her thoughts and feelings with the Facebook community.

According to her family and close friends, “As far as we know, she passed away from a grand mal seizure. She was epileptic, prone to seizures and had a brain tumor. We do not know the exact cause of death as the autopsy report has not been finalized… foul play is not suspected. ”

The Government Did Not Take Down Her Facebook Posts

The government did not erase her posts because she claimed there were multiple shooters at the Route 91 Festival in Las Vegas.  Her family deleted her account as they were being harassed by random people.  They are trying to grieve. They are trying to cope with the fact that their beloved Kymberley is gone.

Please just put yourself in their shoes for a moment.  Imagine going online and seeing these stories, reading these messages from people that want nothing more than to connect Kymberley Suchomel to some crazy government cover-up. Imagine her beautiful little girl who will one day be old enough to google her Mom’s name and will read all of these lies, conspiracy theories and articles that are so far from the truth that they shouldn’t be allowed to be published.

The Government Did Not Murder Kymberley

The government did not kill her as part of a cover-up since she was so vocal about the idea that she believed there were multiple shooters.  While the official autopsy has not yet been released, her family is certain of the cause and no foul play is suspected.

For those of you that are sharing these stories and trying to make this more than it is, please, have some heart and realize that you contributing to the problem.  If you’re going to share anything about this beautiful woman, share her bravery.  Share the love she had for her family. Share the beautiful soul that her family and friends say that she was.  Share that she was a founding member of the Phoenix Foundation, a group of concerned citizens wanting to help residents in the high desert area when tragedy strikes.  Share the YouCaring account that her friends have created for her family.

But please, stop sharing unverified, false news and lies that have been concocted to try to expose a non-existent government cover-up. Is it possible that this mass shooting could have been more than it is? Sure. But Kymberley Suchomel’s death was not.  It was a tragic loss.  Now let her family grieve.