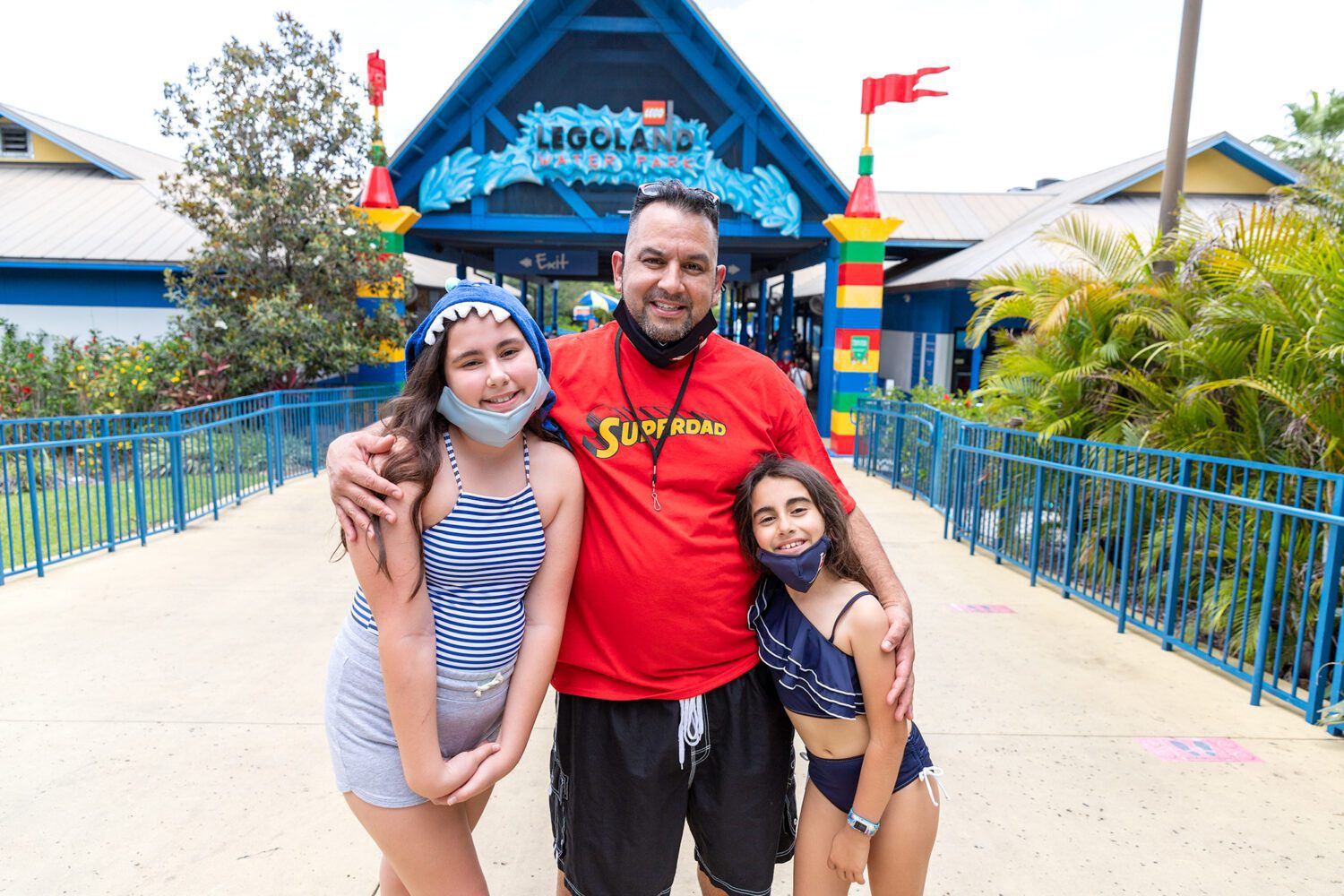 Believe it or not, we have never been to a water park as a family. Living just miles from a pretty large water park in Florida, that is almost unheard of where we live. So when we heard that LEGOLAND Water Park would be open on our most recent trip (it wasn’t the last time we visited), the girls couldn’t have been more excited!

Now that’s we’ve had the full LEGOLAND© Water Park experience, I’m excited to share our favorite things to do there!

Our Favorite Things to do at LEGOLAND Water Park 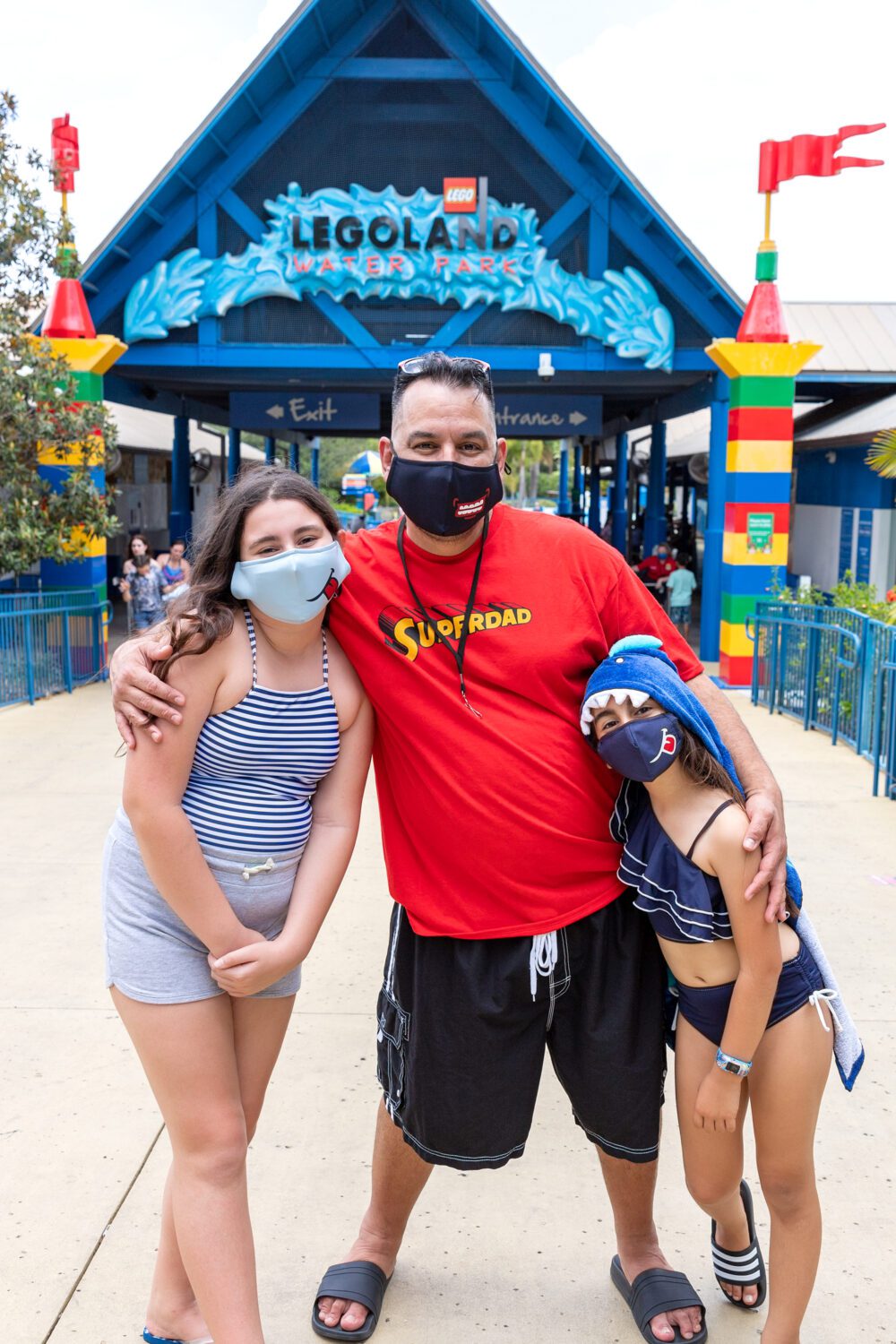 We started out at the Joker Soaker area, hoping that Falynn would ride the smaller slides before attempting the big ones. This cute little interactive play area has a number of slides, a large climbing area, and one of those massive pails that dump a bunch of water on your head.

I, of course, convinced the girls to stand under the pail (more than once), so that I could try to get some photos. Their reaction each time was priceless.

If we hadn’t arrived at LEGOLAND Water Park so late in the day, the girls would have spent a lot more time here. 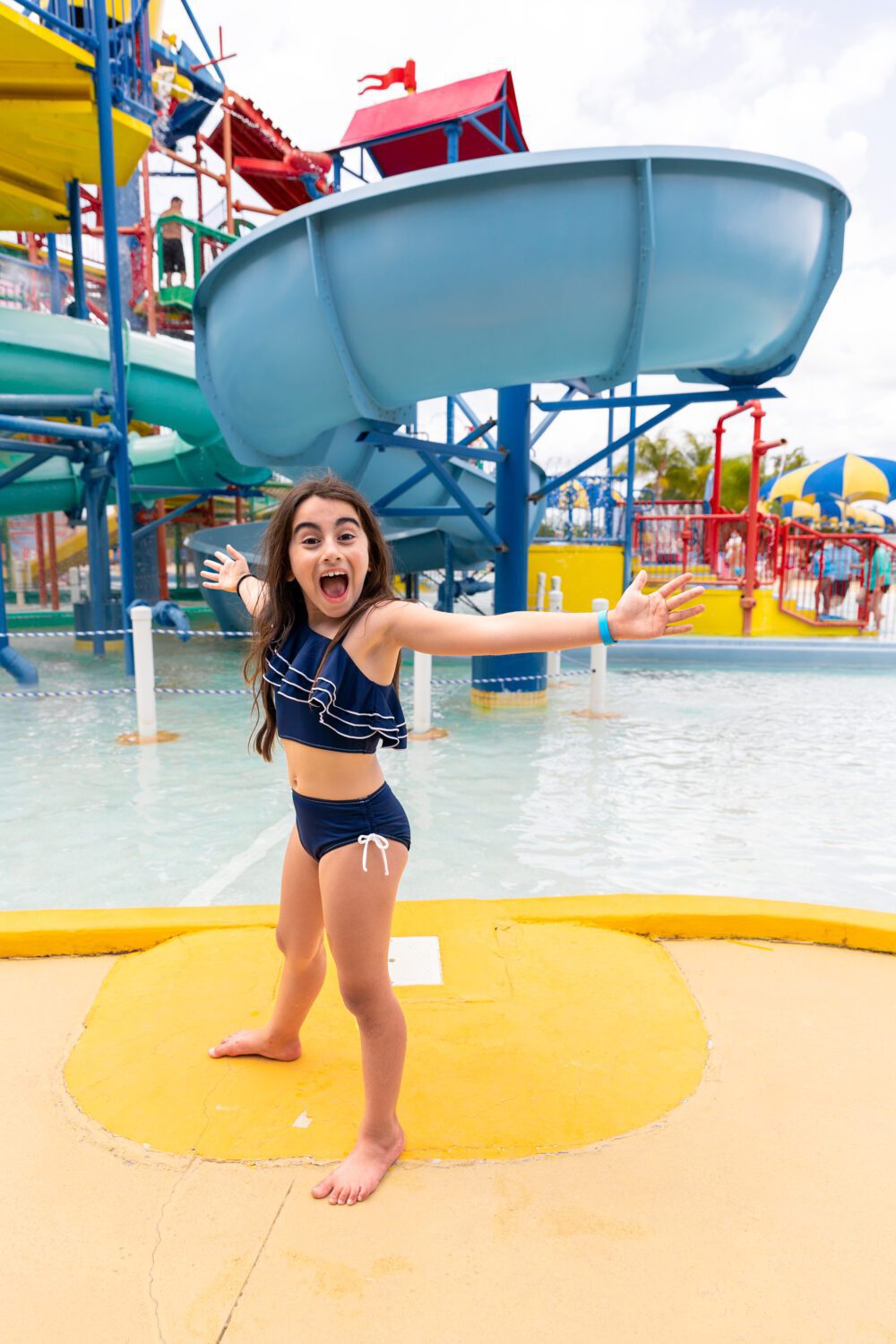 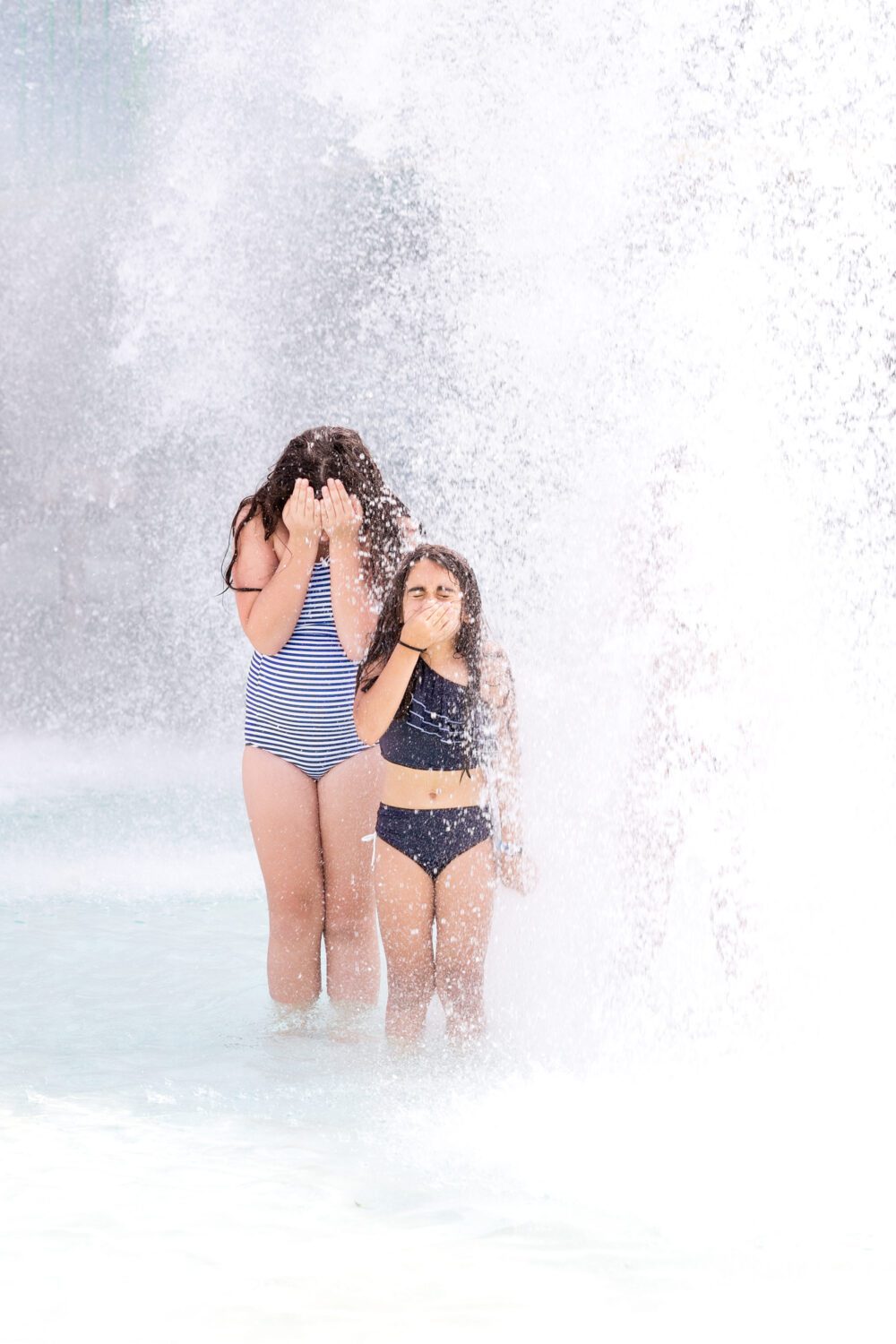 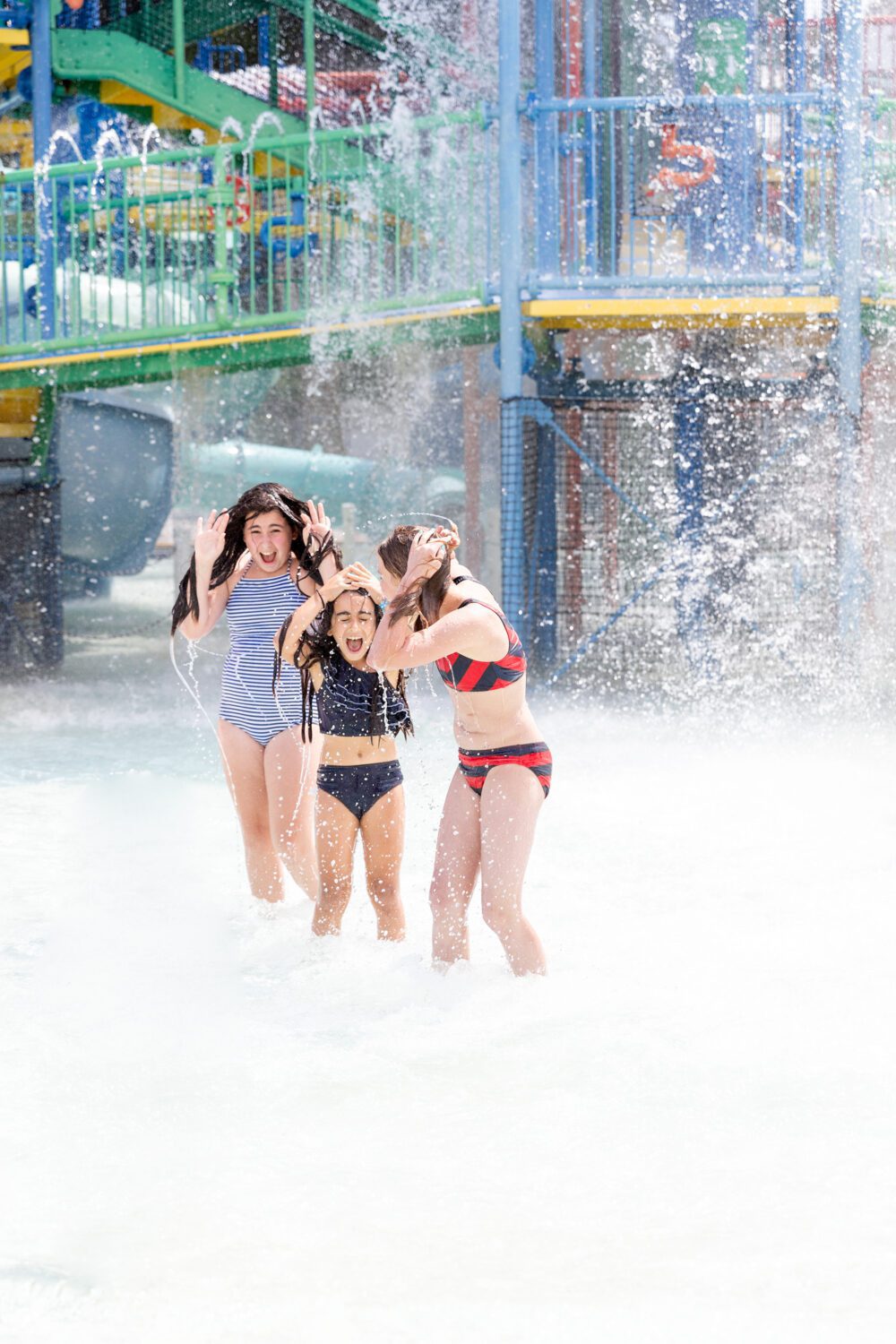 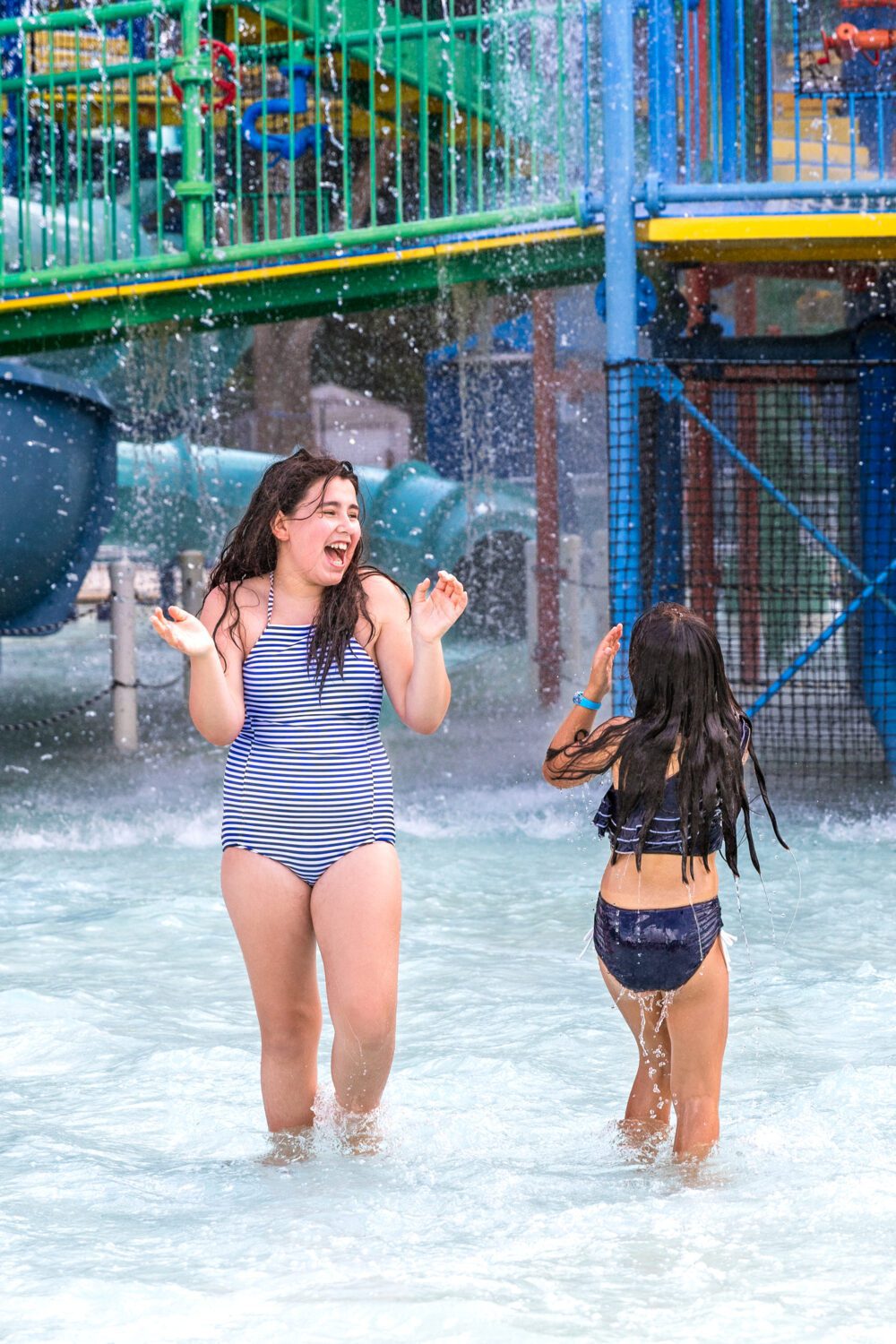 Next up was Twin Chasers. Ride tubes 375 feet down an intertwining pair of enclosed water slides before plunging into a refreshing pool below.

When we stayed at Gaylord Palms in December of 2019, my youngest experienced her first water slide. While I was afraid that she would get scared halfway down, she got off of that slide with the biggest smile on her face and immediately went back for more. After going on the two smaller ones a bunch of times, she was ready to test out the bigger slides and was turned away because she wasn’t tall enough. Over a year and a half later, she was still disappointed and asking if we can go back.

It’s safe to say that even though we were all excited to visit LEGOLAND Water Park, Falynn was the most excited. She wasted no time getting to those water slides. And if we would have allowed her to go on the biggest, highest one, she would have. She obviously didn’t get her bravery or daredevil ways from her Mom.

Super Dad, Iyla, and Falynn each LOVED the Twin Chasers slides  (the blue one was their favorite) and they went over and over and over again. Falynn and Super Dad were able to get a double inner tube and go on together (which made me a little less nervous for her – at least until she got used to it.)

If I hadn’t pulled them away, they would have remained there for the entire day and that would have been the end of what I could report back to you. 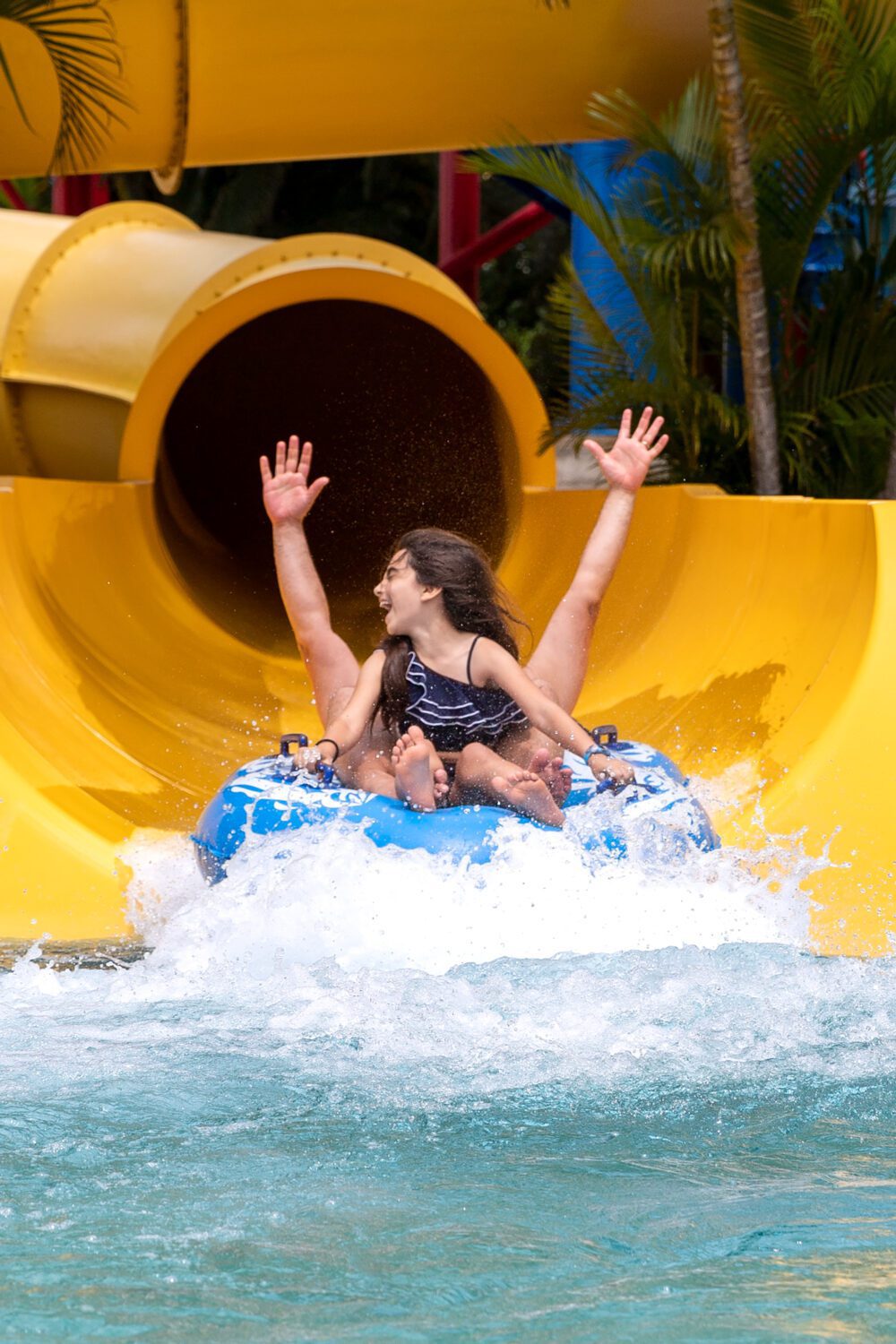 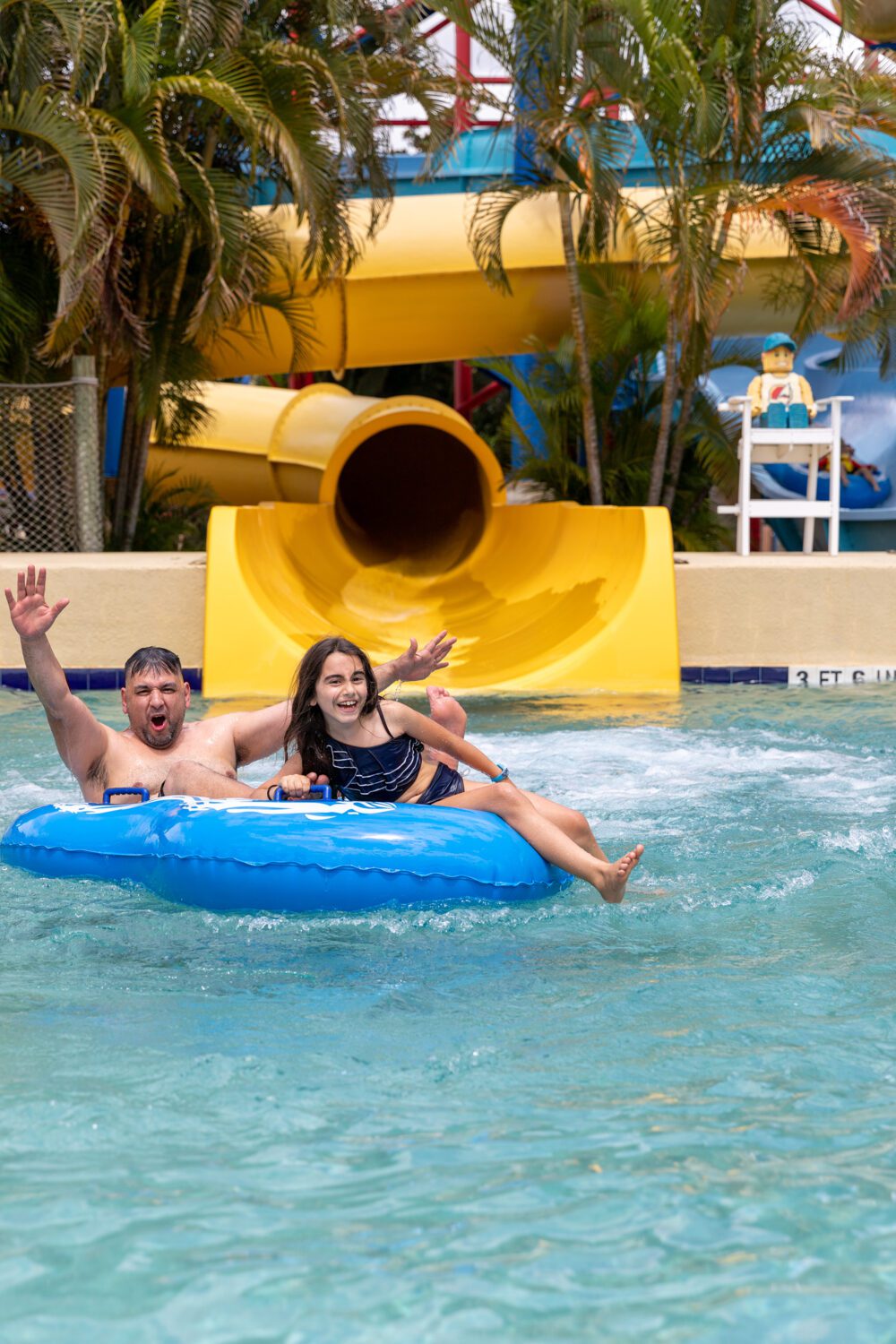 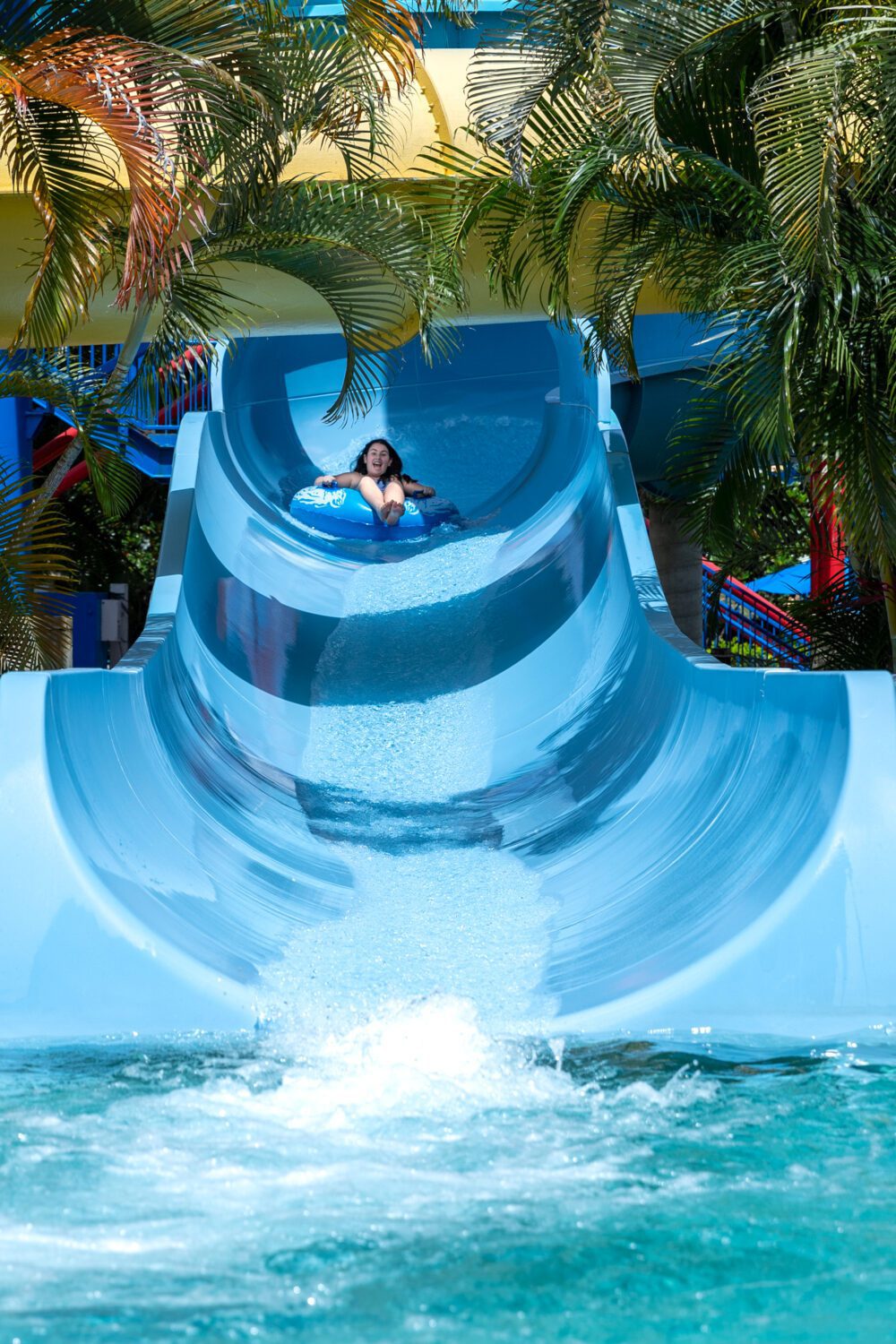 Catch some waves or cool off where the waves are just big enough for all ages to enjoy.

I wasn’t shocked to hear that Falynn was ready for the larger slides at the LEGOLAND Water Park. Though I couldn’t help being a little nervous. She hadn’t actually seen the slides before climbing up the giant staircase to the top. I was afraid she didn’t realize what she was getting herself into.

But just moments later, here comes Falynn, shooting out of the tunnel with the biggest smile on her face. She waited for her Dad and her sister to finish their turns and then was immediately on her way back up those stairs.

She tried to convince me to let her try all three slides, but the Mama Bear in me wouldn’t cave. Instead, she read that blue tunnel slide multiple times and watched Super Dad go down the steep one in the middle. 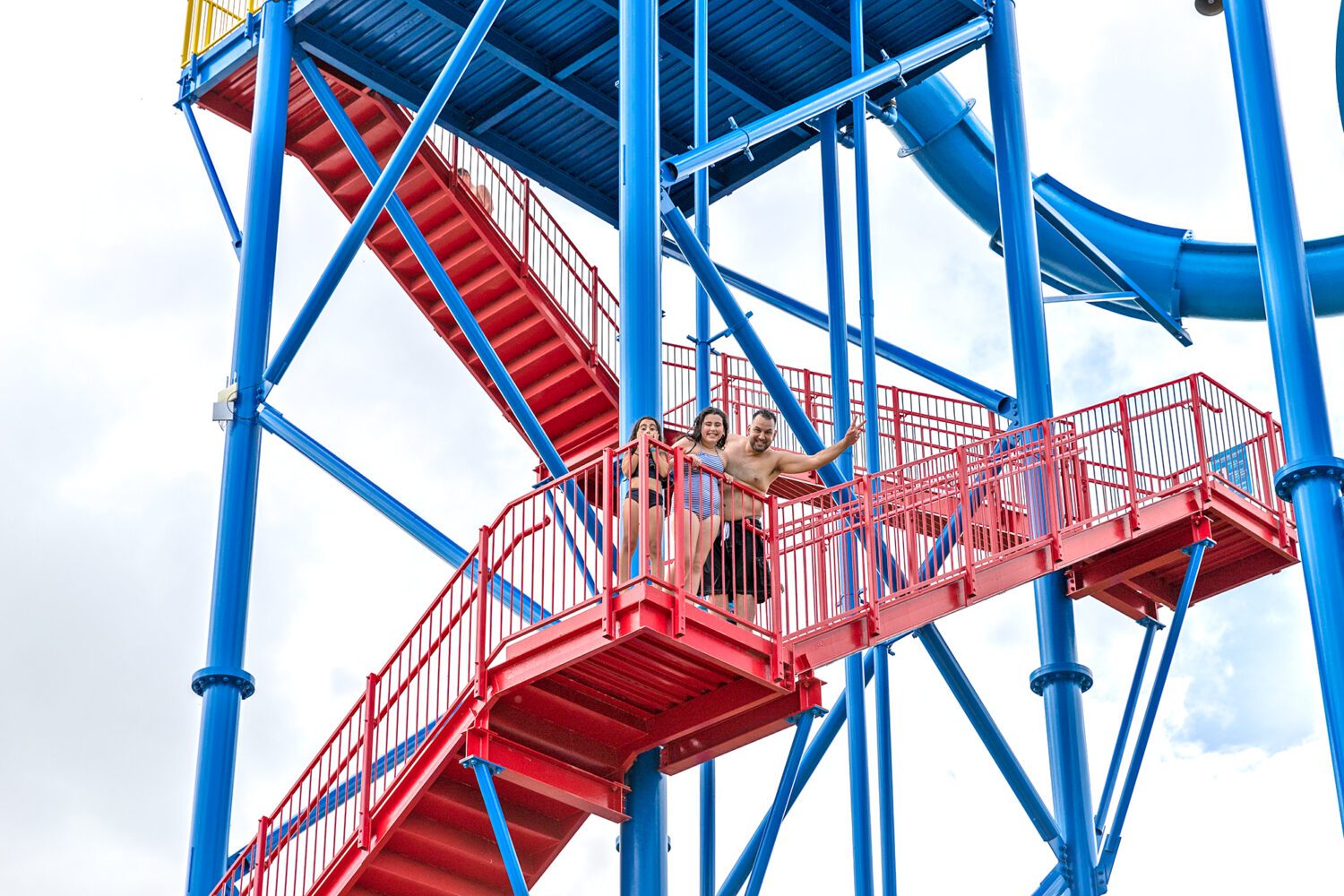 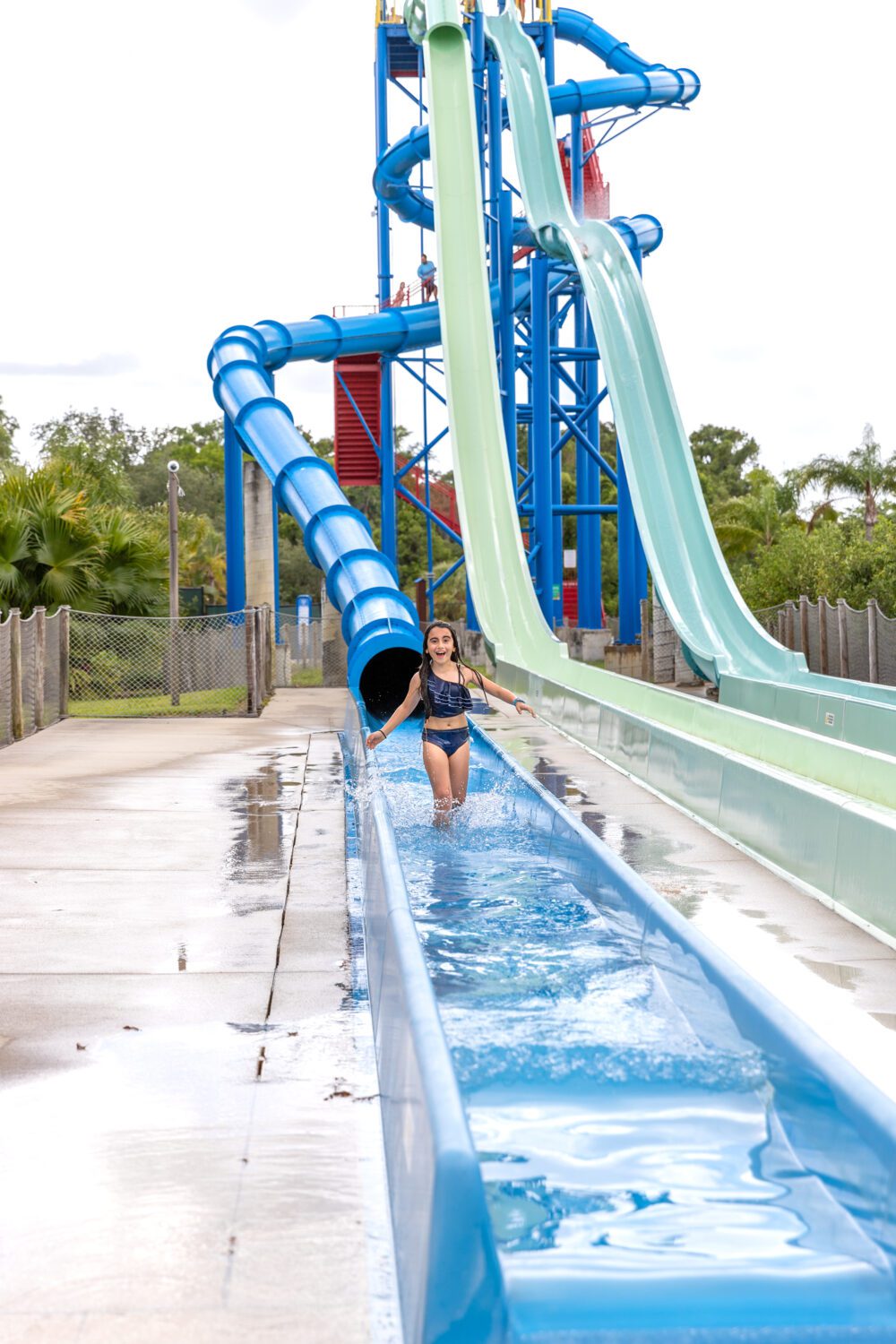 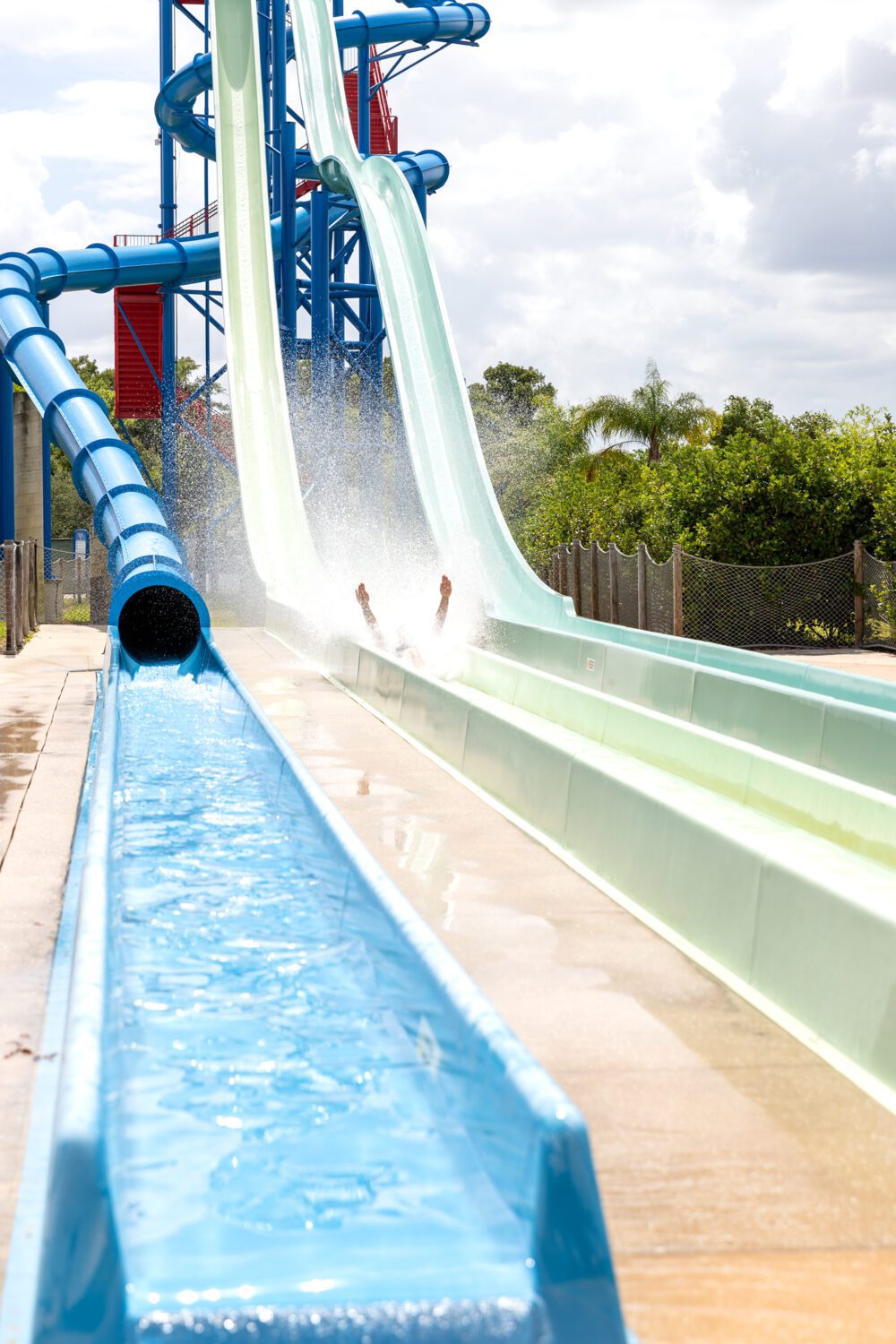 After walking up and down the stairs at Splash Out, they were ready for something that didn’t require much work. Build-a-Raft Lazy River was perfect.

Just grab an inner tube and float your way down the lazy river. It’s the perfect way to end the day at LEGOLAND Water Park. 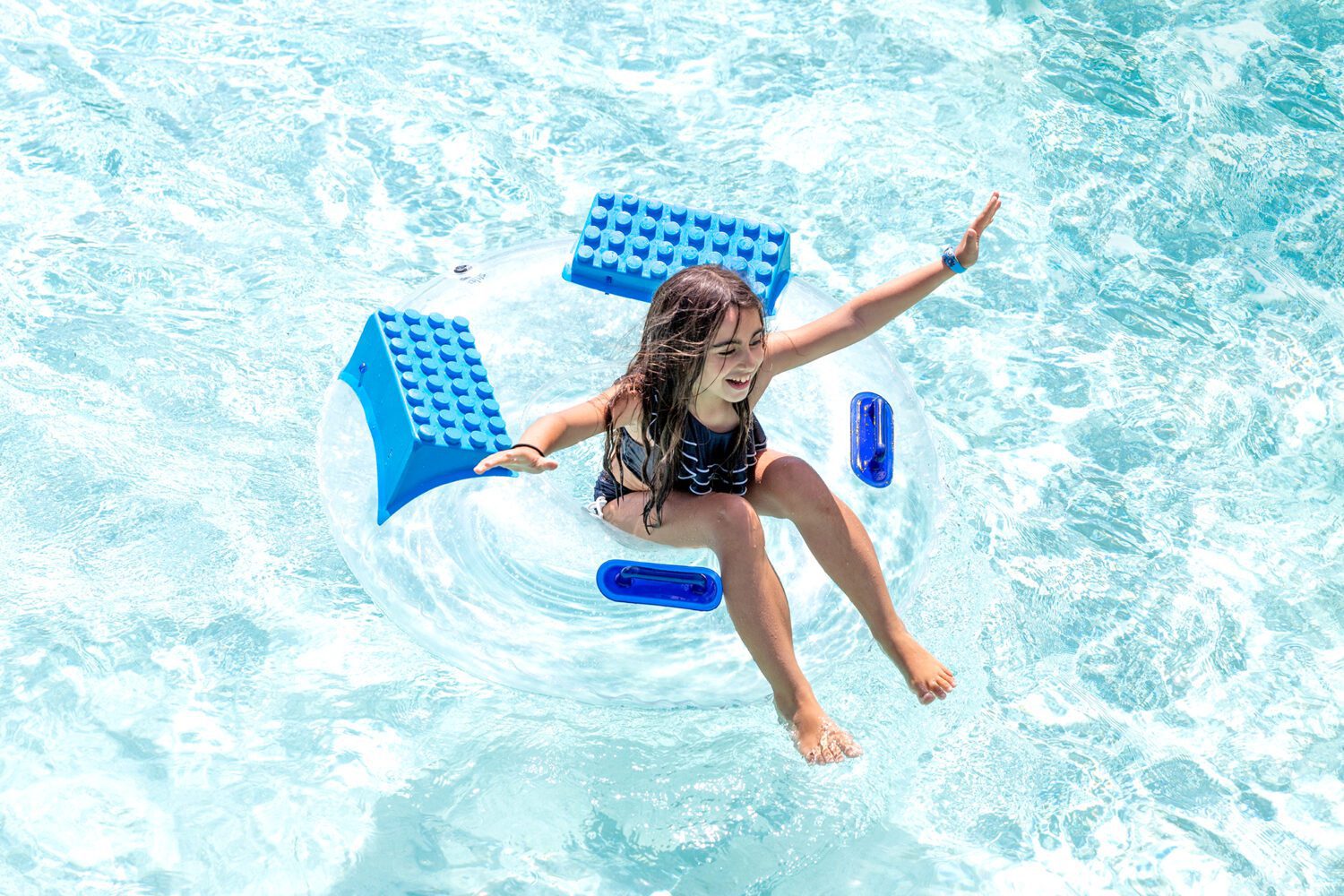 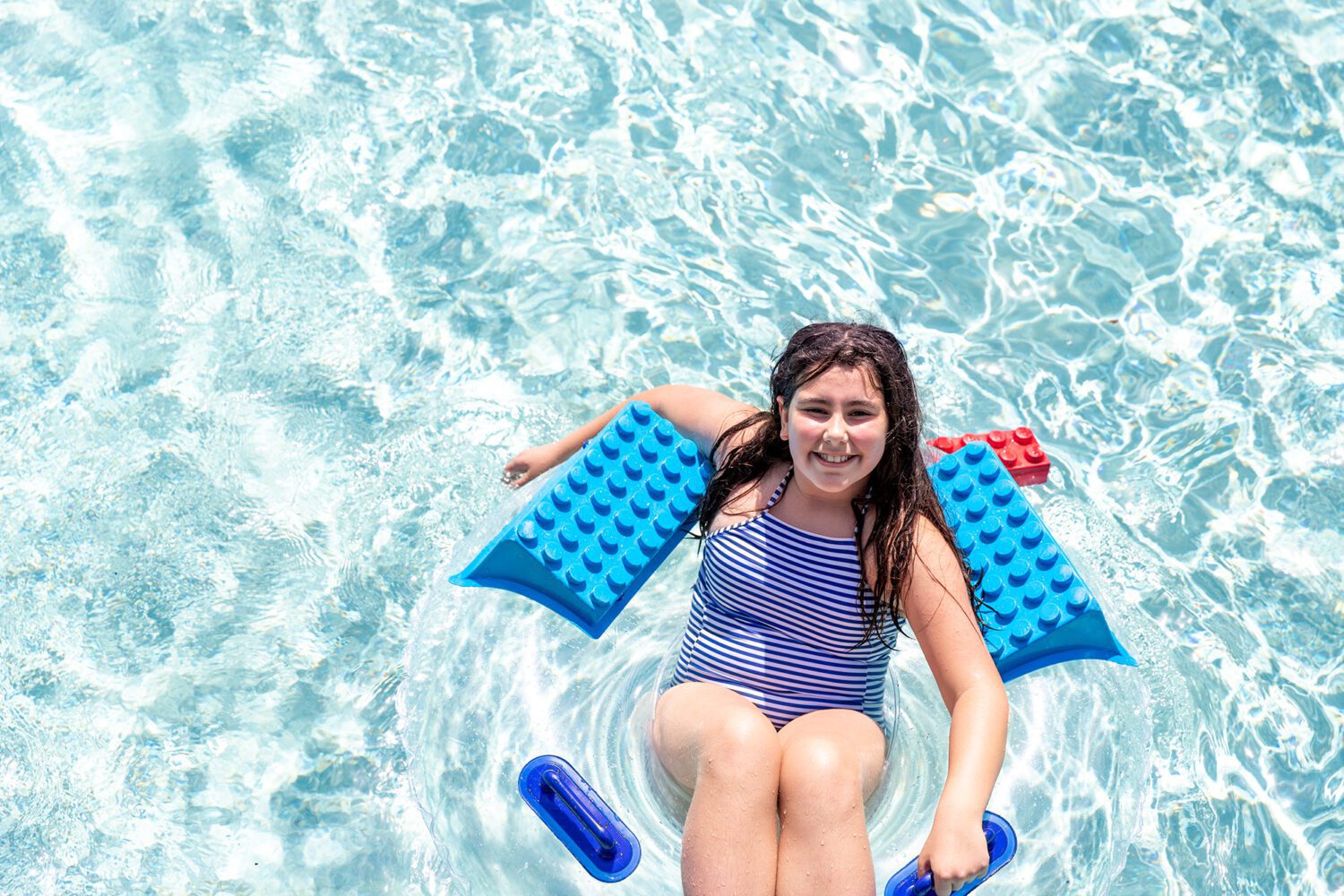 Don’t forget to check out our many adventures at LEGOLAND©.

Have you ever been to LEGOLAND with your family? Comment below and let us know! And if you haven’t been, we highly recommend it!

*LEGOLAND© hosted our family in exchange for blog and social media exposure. All opinions are our own. 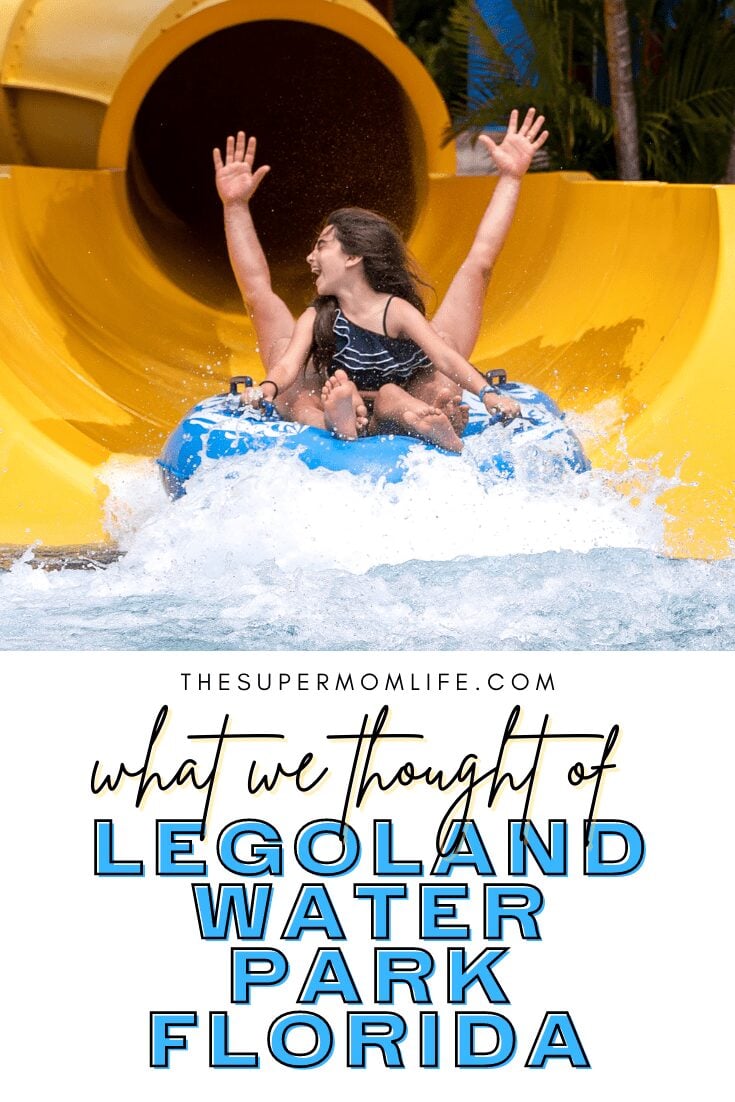 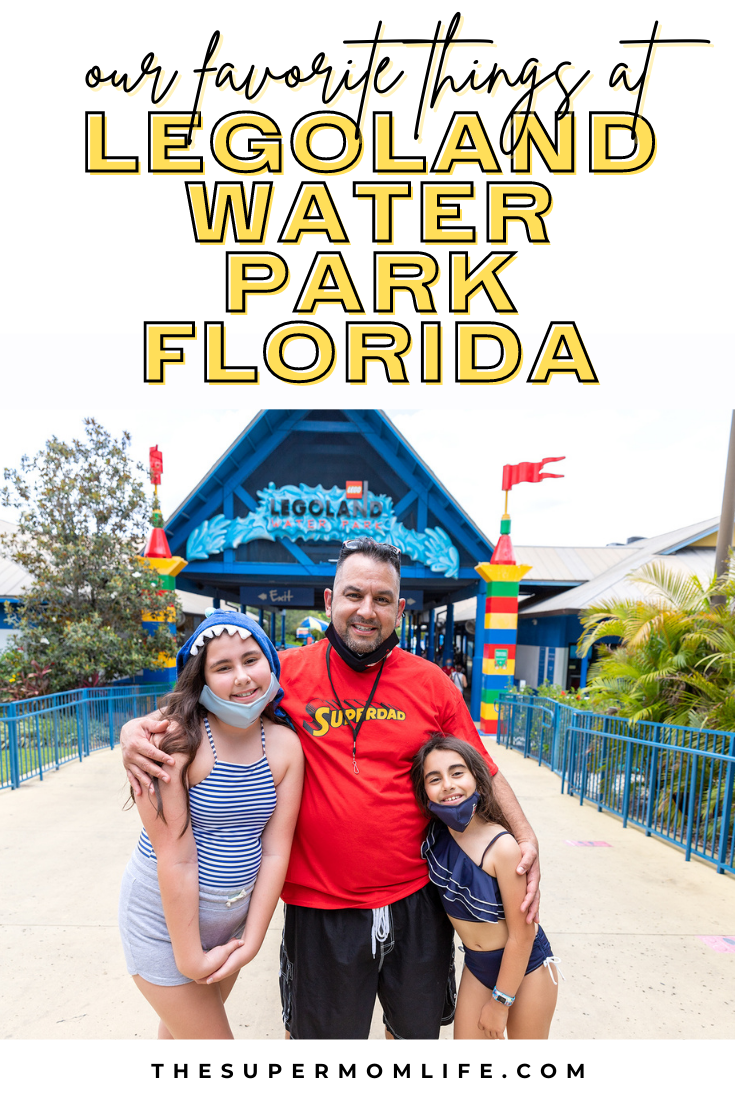