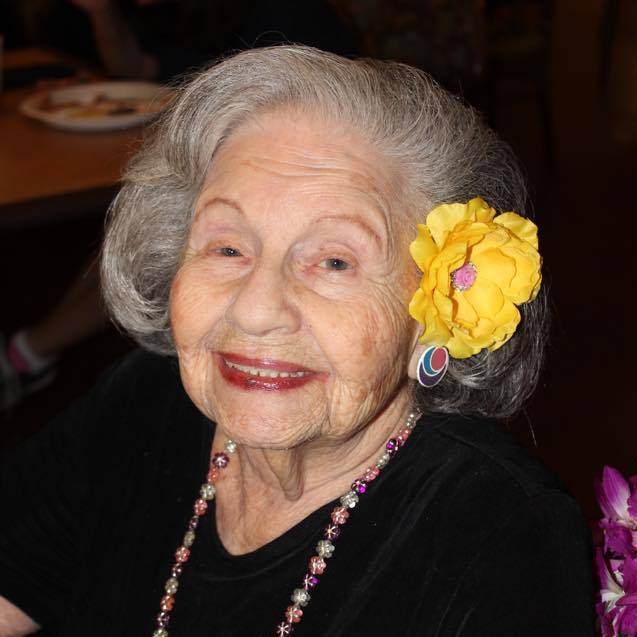 We had just successfully thrown our Nana the best surprise 90th birthday party ever.  Her friends and family gathered from all over to celebrate her vivacious spirit and loving personality.  Since she always spoke about going to Hawaii but wasn’t able to travel, we brought Hawaii to her in the form of leis, tropical flowers and grass skirts.  We laughed, we cried, we spoke about how lucky we were to have the most incredible lady in our lives and how we would be celebrating the next 10 years together.  Little did we know that less than 2 years later we would all get together again, this time, at her funeral. 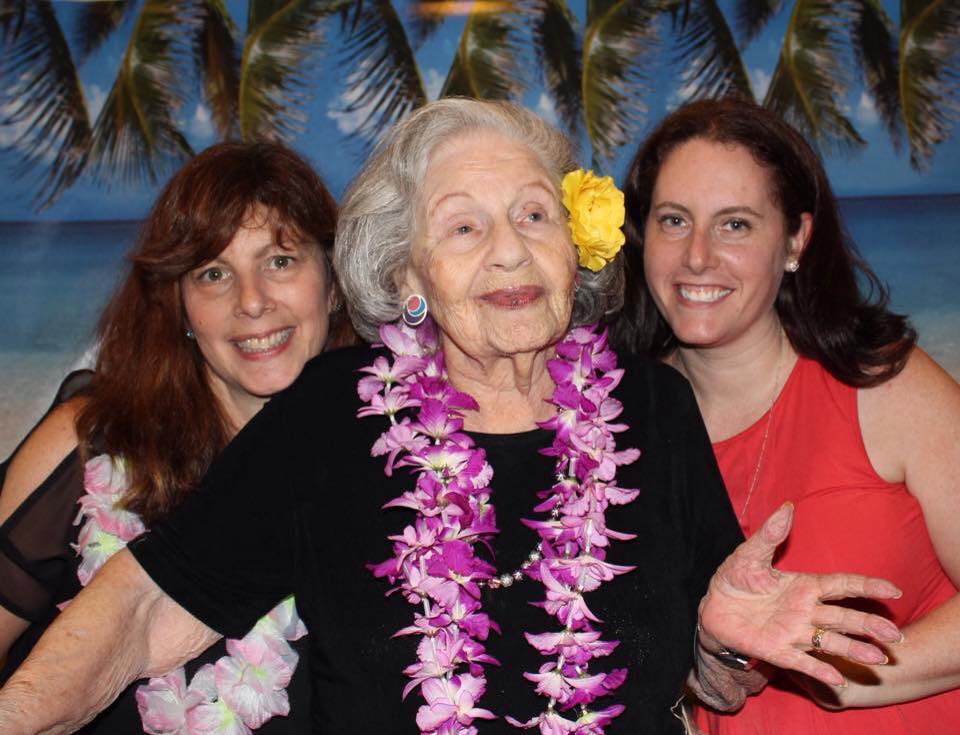 My Nana, Alice, was a beautiful woman with a rare sense of humor.  She didn’t try to be funny, it just came naturally to her.  I’ll never forget our trip to a local department store when I was in my early 20’s.  I was in the underwear department and found these glow-in-the-dark undies with cat faces on them.  I thought they were amusing, so I brought them over to my Nana to ask her if I should buy them.  She looked at them and without hesitation said (very loudly), “You know why there are cats on them?  Because you know what they call ‘it’ now, right?”  They call it a pussy.”  I’m sure it wasn’t as loud as I remember, but it was like the music on the overhead speakers had suddenly shut off and the entire store stopped what they were doing to try to find the voice that just yelled the p word.  All eyes on us.  I was mortified.  I literally tried to hide my 20-something body under the clothing racks, very unsuccessfully.  Looking back, it was one of the funniest memories and it brings us all a laugh each time we talk about it. 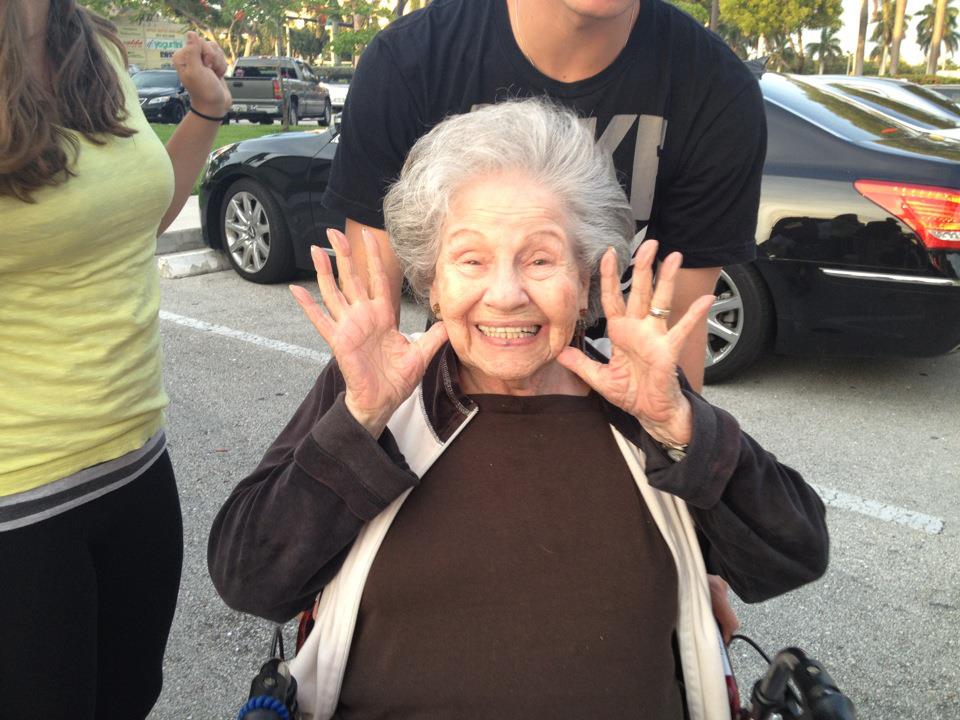 Nana was the person that we all went to when we needed something. Whether it was an ear, a hand, a laugh or a shoulder to cry on.  She was the first phone call I always made when something happened, good or bad.  She would tell me about her daily bingo experience and how she was the big winner. We would joke about the jackpot which was usually around $2 and all the things she couldn’t buy with it.  And sometimes we would talk about absolutely nothing.  It was just the idea that she was there that made everything in my life that much better, no matter how bad it was.

We had lost my Papa in 2004 and while she never lived on her own, she totally rocked the widow-life.  She made so many new friends, played cards and bingo and really enjoyed life.  She loved when her family came to visit and was a ray of sunshine to all those that knew her.  She had an honesty about her that was refreshing.  She was my person and I never imagined I would lose her so soon. 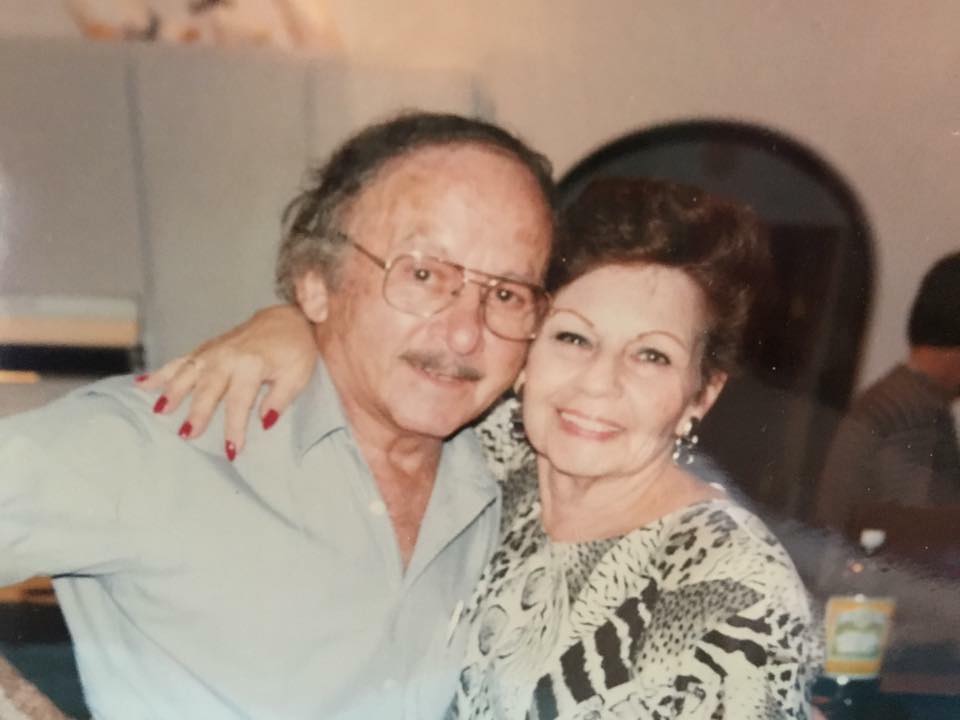 I remember the phone call like it was yesterday.  My family told me that I needed to get to hospital because she didn’t have much longer to live.  Just a week or so earlier, she had choked at dinner and while an aide gave her the heimlich maneuver to clear her passageway, she accidentally broke my Nana’s spine in the process.  The pain was just too much and they couldn’t operate on her because of her age.  It was no longer a matter of when she would heal, but instead, when she would pass away.

Our lives were shattered.   She was healthy.  She had years left and they were suddenly taken from her in an instant.  I kept trying to see the positives in the situation.  She would wake up to eat or be awake long enough to make a noise on the other end of the phone.  I kept telling everyone she was getting better. I wanted her to get better.  I needed her to get better.  But sadly, she didn’t.  And the day she left us, my heart broke into a million pieces. 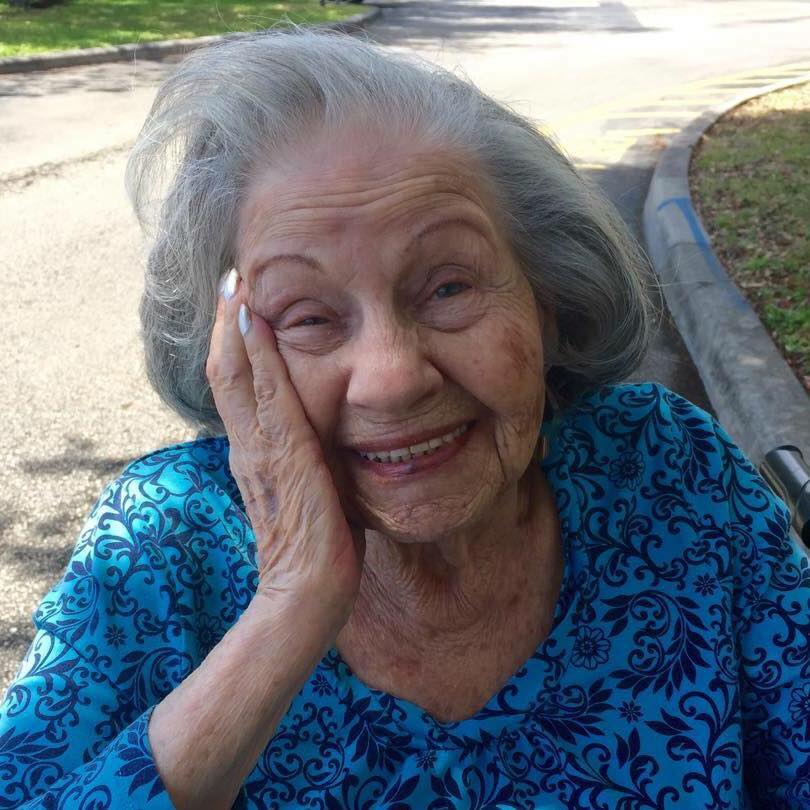 I saved all of her voicemails and found myself listening to them over and over and over again.  They were all pretty much the same… telling me it was Nana (as if I didn’t know), asking a question I couldn’t answer because it was a voicemail, followed by “I love you”.  We never ended any conversation without it.  It’s the one thing I’m grateful for because there was never any question as to how we felt about each other.

Her funeral was a blur.  My grief had taken over and I just wanted her to jump out of the coffin and tell me that it was all a joke.  I didn’t prepare anything to say because if I had, I would have had to admit that she was really gone.  I stood in front of our family and friends, at my cousin’s side and cried.  I know I said something but I don’t remember what.  I was angry.  We shouldn’t have been there.  She should’ve lived longer. I just wanted to throw myself onto the floor like an angry toddler and throw the biggest tantrum of my life.

I watched my youngest daughter, only three at the time, as she hung onto the side of the barrier and watched the coffin get lowered to the ground.  She had no idea what was going on, but she did understand that she couldn’t see her Nana again.  While I was grateful that my kids had all known and loved Nana, I was angry that she wouldn’t be there for their graduations, for their weddings, for the births of her great-great-grandchildren.  I felt robbed for them.  I had decades with her but they wouldn’t.  It wasn’t fair. 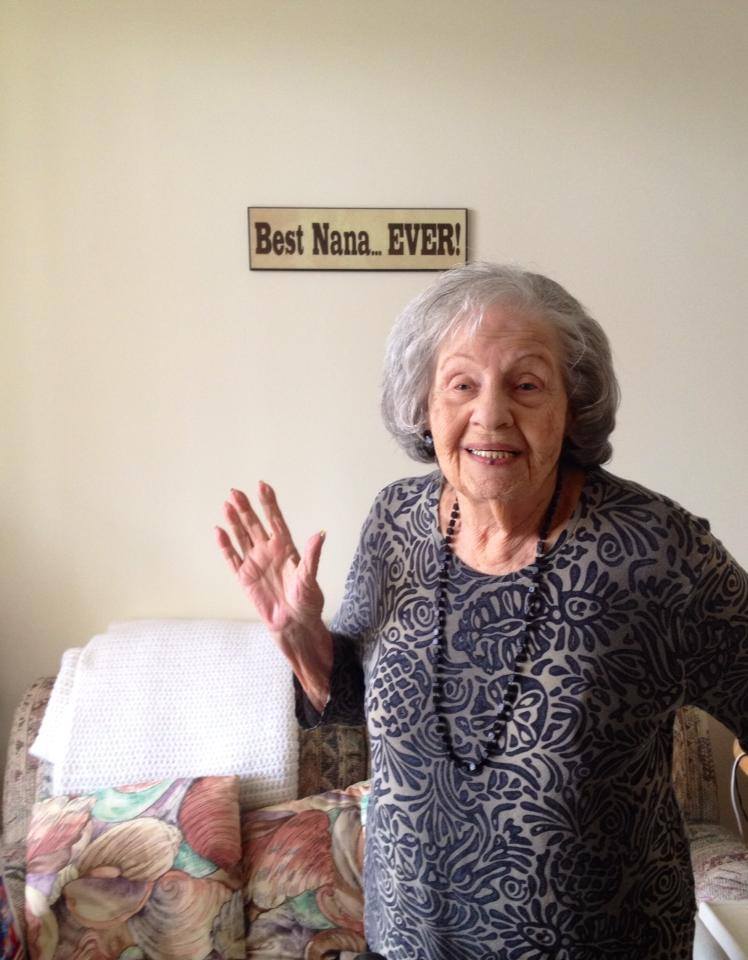 This year it will be 2 years since she was taken from us.  I’m still not over it. I still pick up the phone to call her.  I still get angry when I realize that she’s gone.  My heart is still shattered and can never be repaired. But it’s important that I share as much as I can about her and how much she meant to all of us.  She was a rare bird and we were so lucky to call her ours.

I will always be grateful for all that she did for me.  She was the greatest Nana I could have ever asked for.  Although I miss her more than I could ever explain, I know that she continues to watch over me and my family and I know that one day, we will all be together again.  I love you Nana, a bushel and a peck. 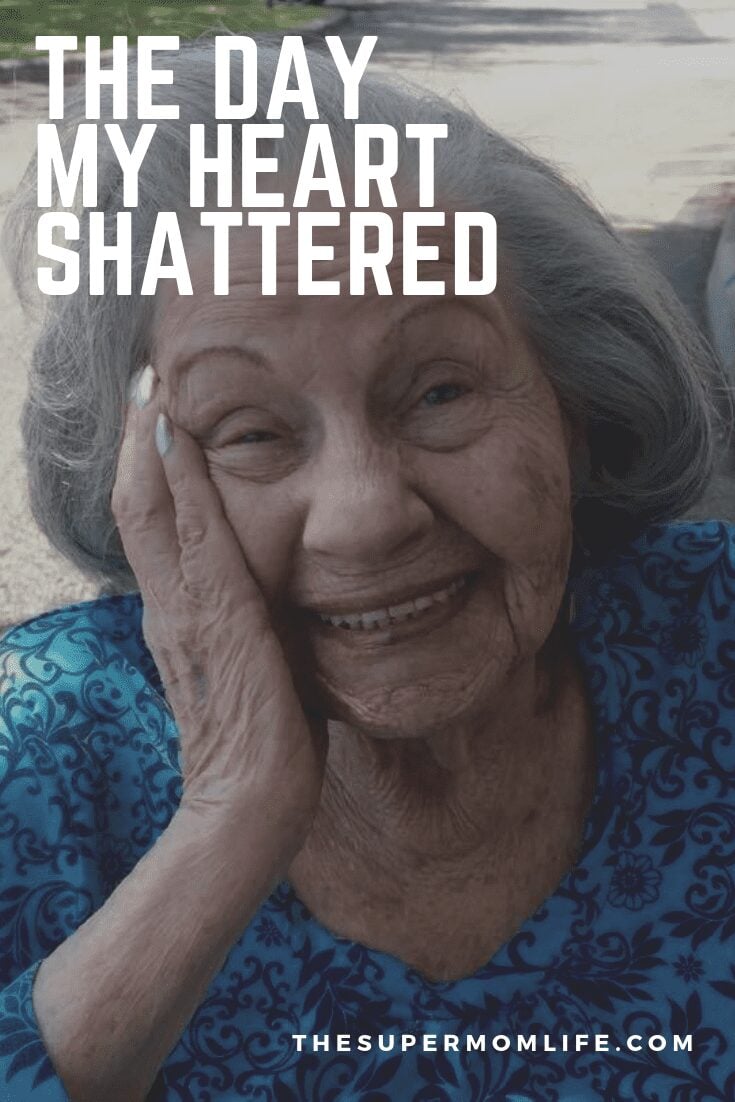