Sliced Ham in the Pressure Cooker 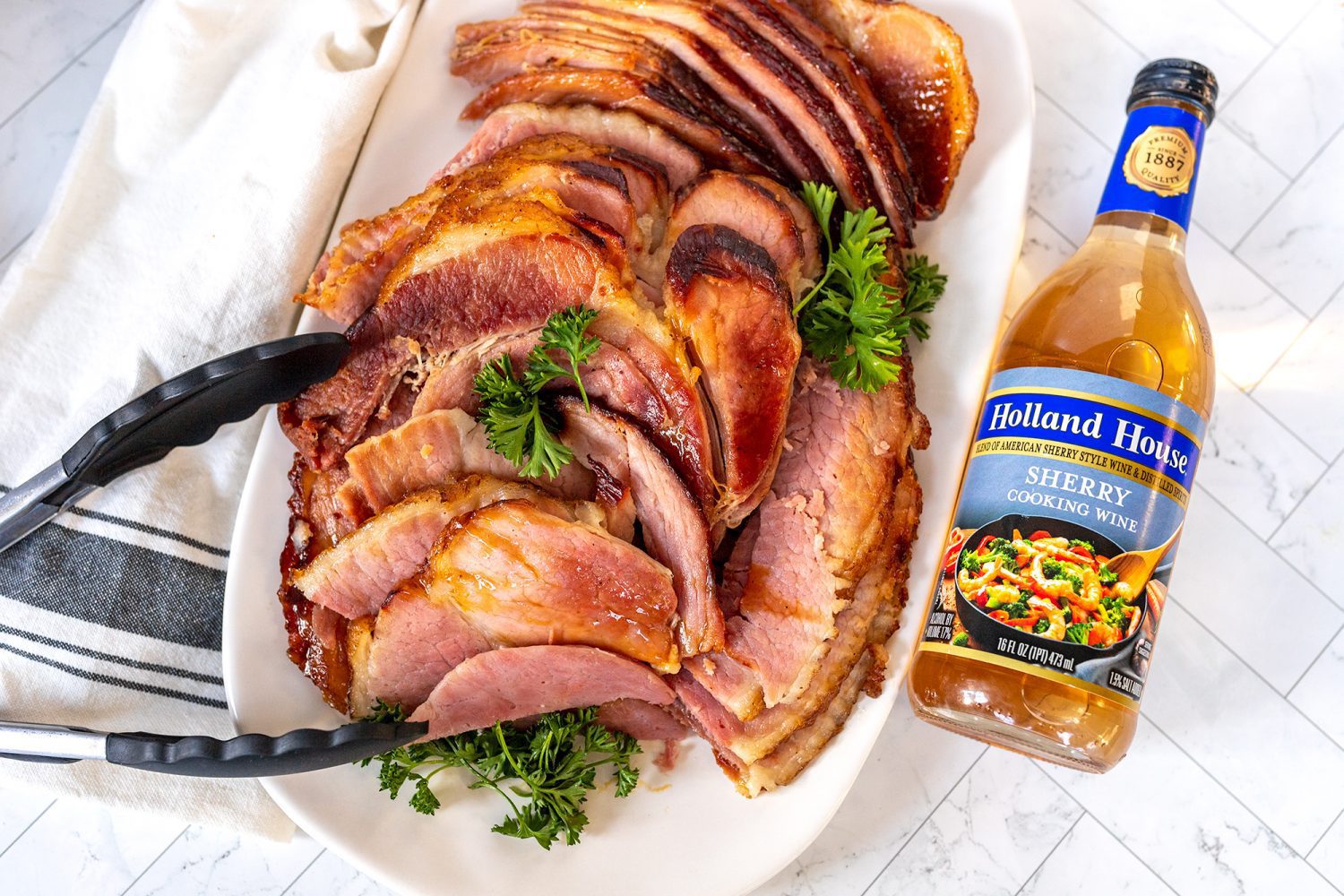 Growing up, I can’t remember a holiday where we ate ham. So when I was married and my husband mentioned the idea of cooking a ham for the holidays, I was honestly terrified. That was until I found a way to make pressure cooker ham.

The ham that you buy in the store is already cooked, so you are basically warming it up and adding your own flavor to it. And still, you are expected to put it in the oven for hours. That sounds like way too much work for me, not to mention the ingredients on the glaze mixture the ham comes with are not appealing.

This year, we will be enjoying one of the most delicious ham recipes I’ve ever tasted, with my own homemade glaze. The best part is, it’s ready in under an hour!  You can’t beat that. 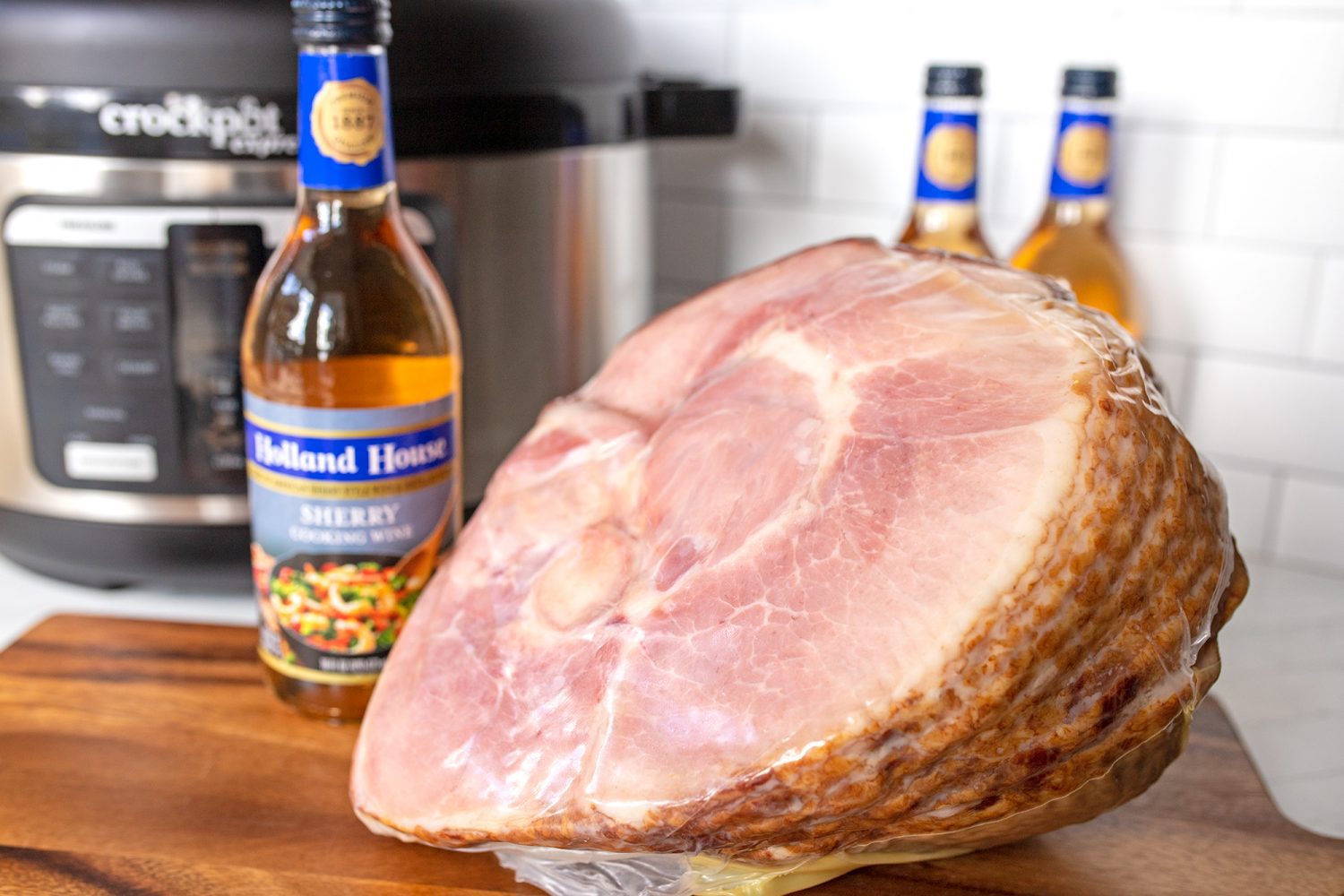 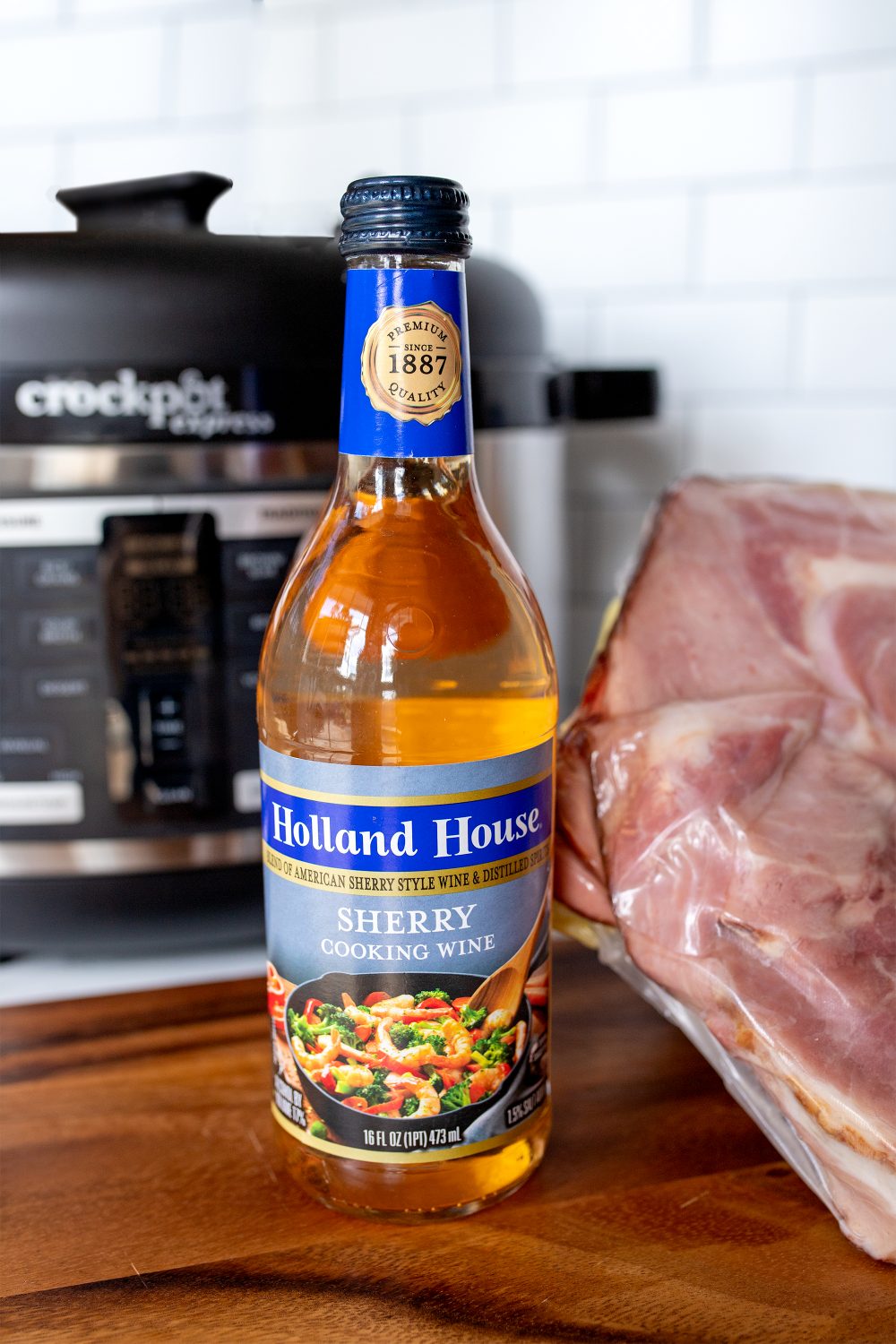 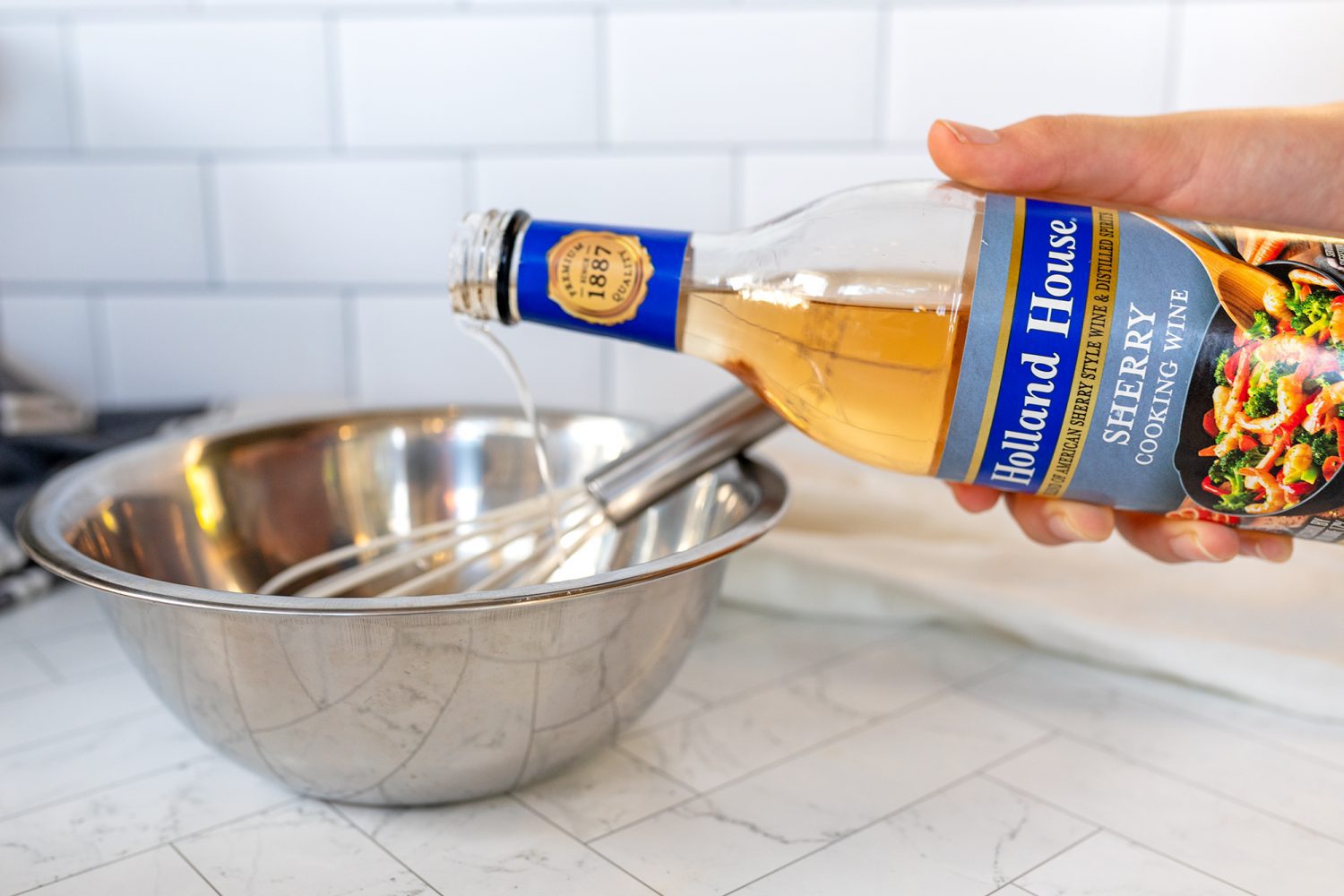 The secret to my incredibly delicious pressure cooker ham recipe is Holland House® Cooking Wine. There are so many things I love about the entire line. They are a go-to pantry staple and something I use in a number of recipes.

Holland House® brings you cooking wine/liquid condiments that elevate the flavor of your everyday dishes into something extraordinary. They use perfectly blended seasonings, aged to perfection, to offer bold flavor intensity that can stand the heat in any kitchen.

While wine isn’t an ingredient you see in most ham glazes, I’m sure that my recipe for pressure cooker ham will change your mind about using it in yours! 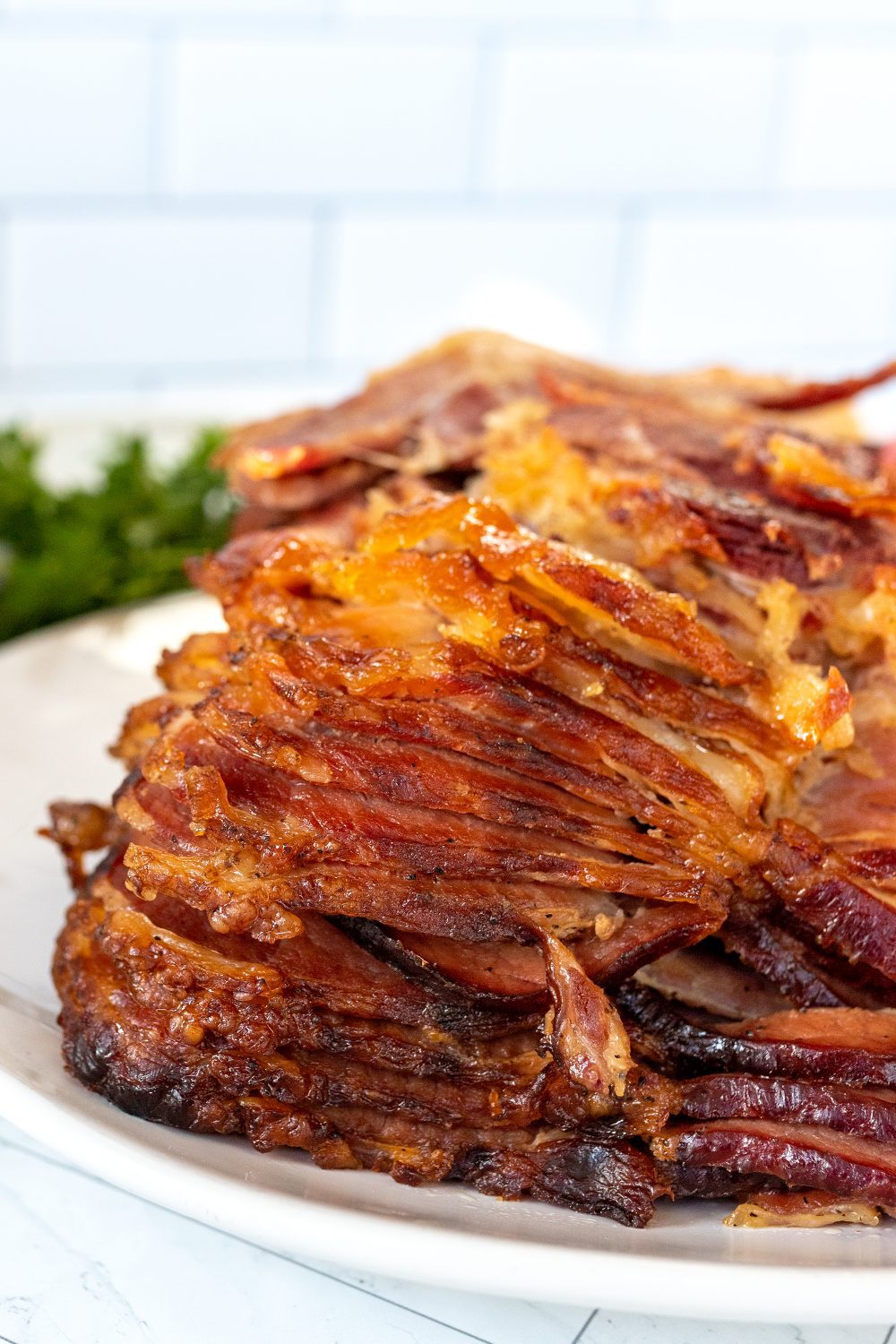 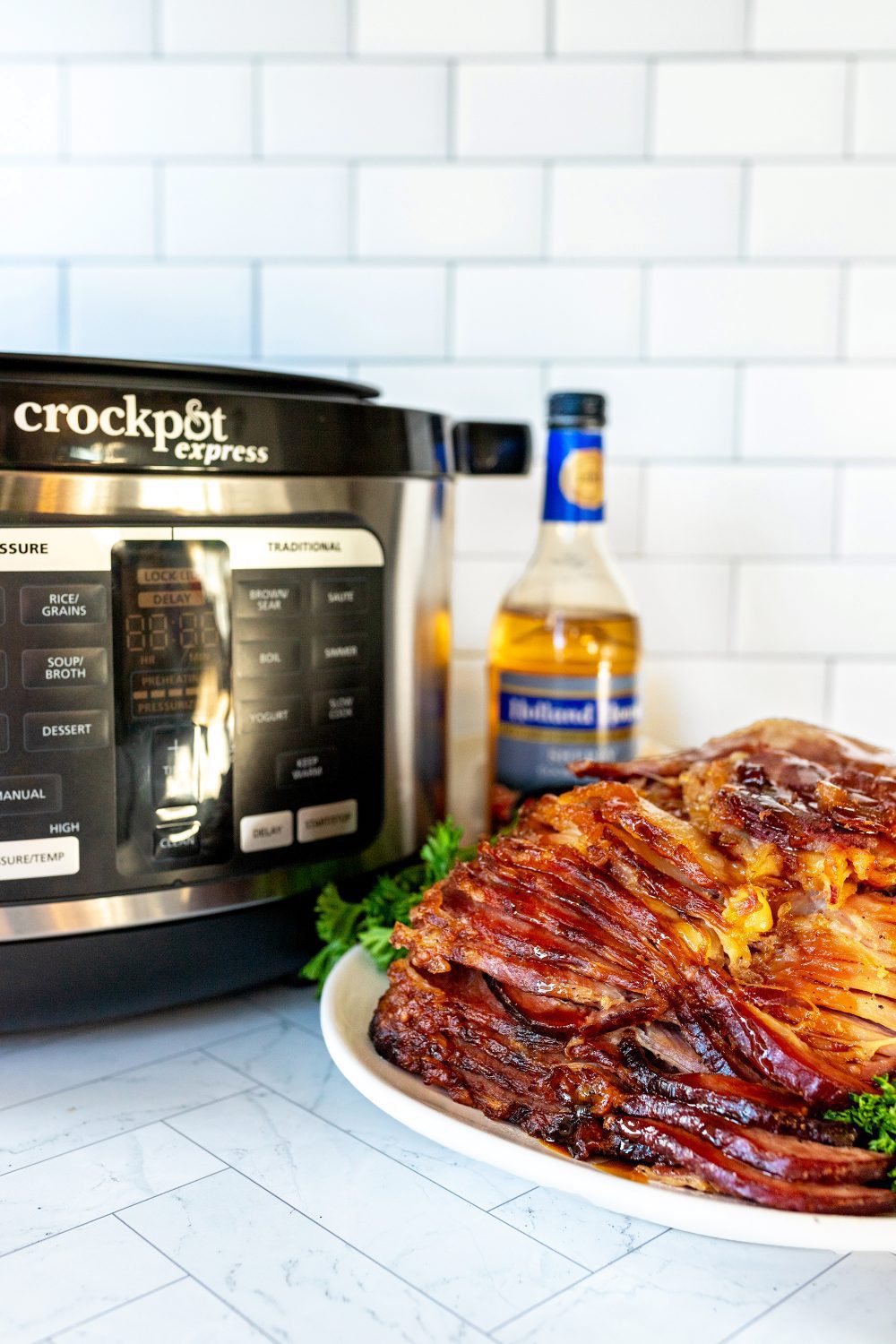 For this particular recipe, I chose Holland House® Sherry Wine because of its light, golden color, and sweet aroma. It’s a very mild, sherry-wine flavor but it has hints of nut and caramel which adds a great depth of flavor to this recipe.

Sherry wine can be used in so many recipes, including desserts, sauces, and soups! It’s perfect for everyday meals, not just special occasions!

Since we love a sweet glaze on our ham, Sherry was the perfect wine choice. It paired so well with brown sugar and honey and the glaze itself is so good, you could eat it with a spoon.

You can find Holland House® Cooking Wines at your local retailer. 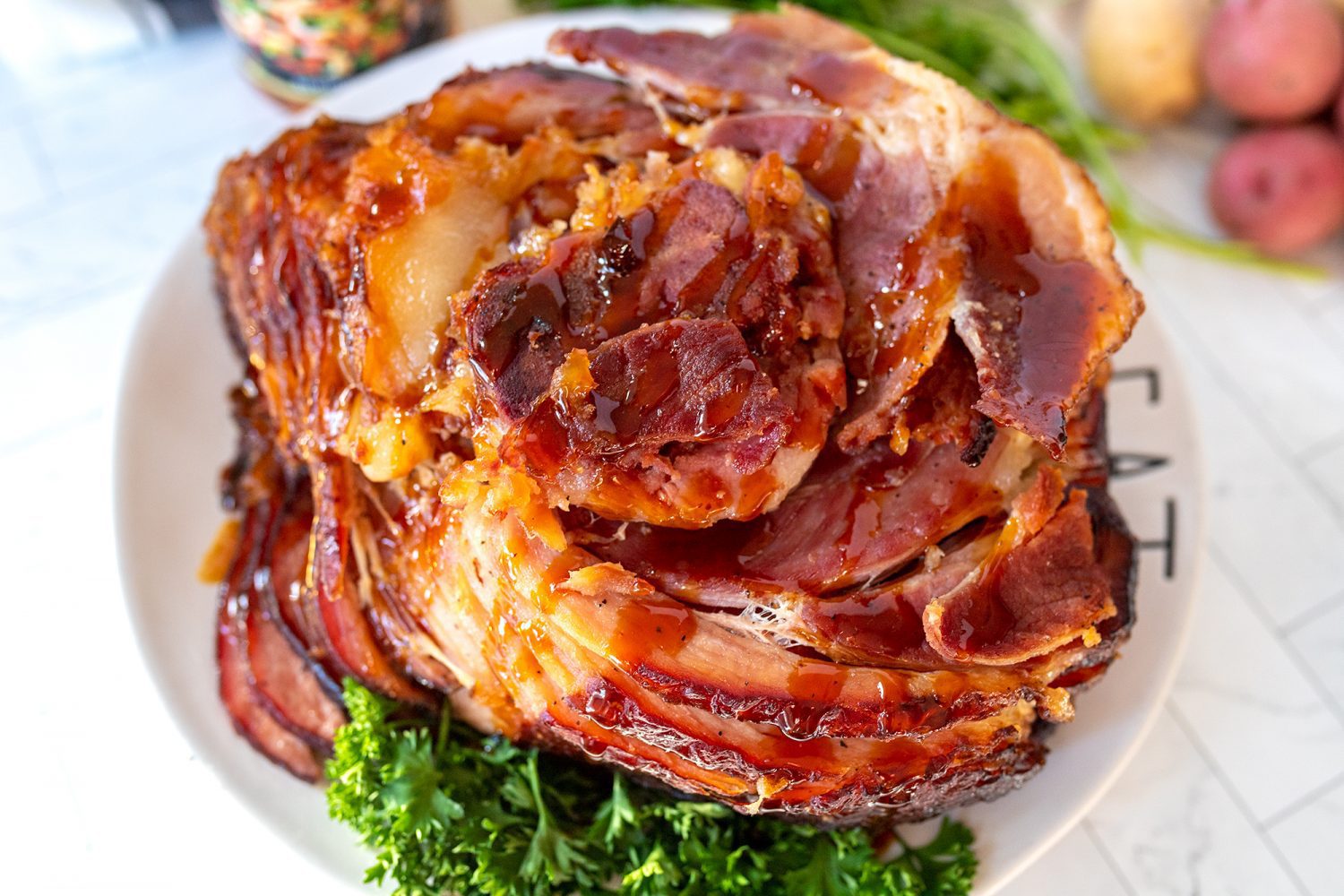 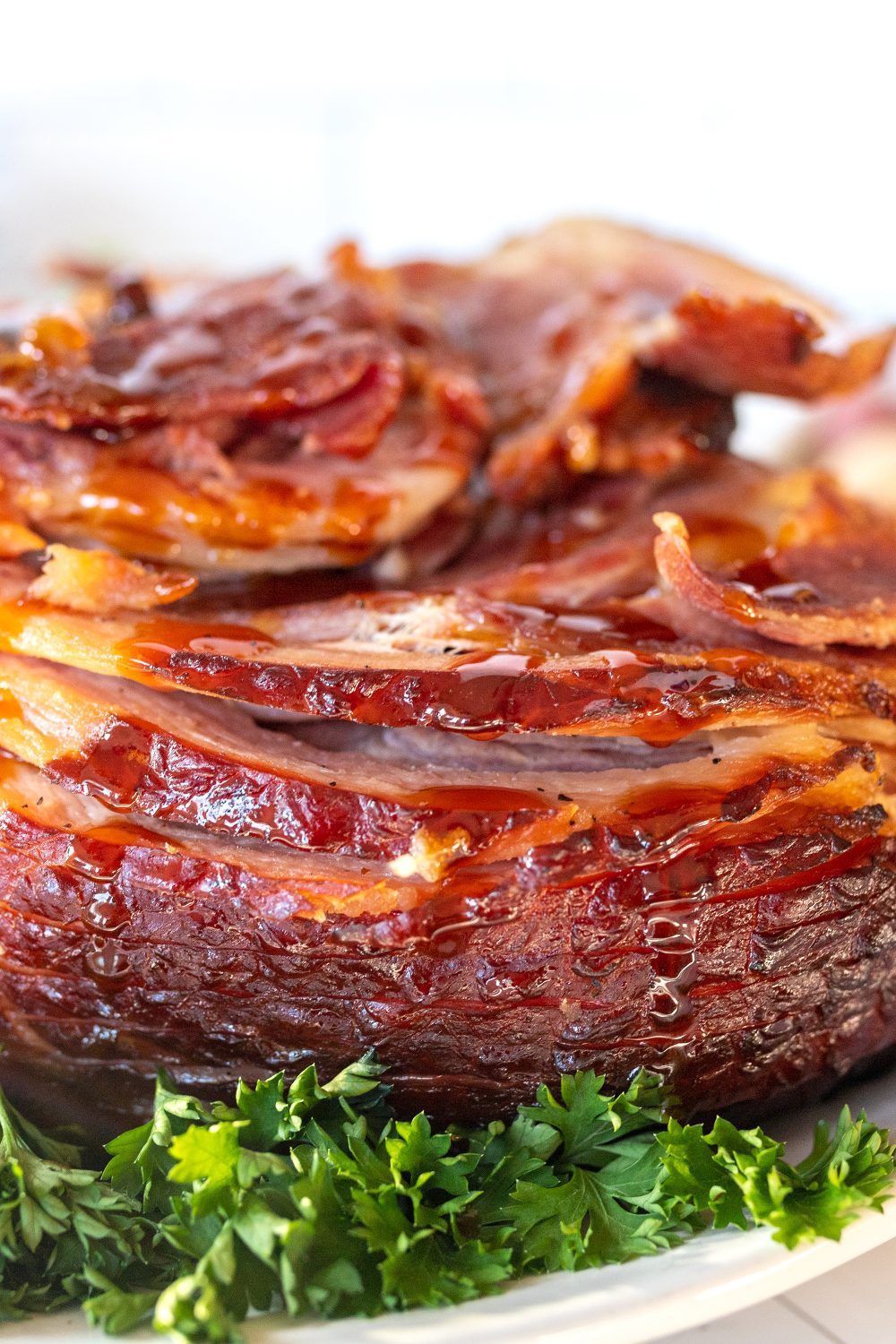 While there are many pressure cookers on the market, I cook mine in the Crock-Pot Express. I love that you can cook the ham and sautee the glaze all in the same place. It gives you the perfect flavor, without drying out your ham.

One tip that I have found useful for this pressure cooker ham recipe is to make sure to purchase a spiral, sliced ham. You can purchase boneless or bone-in, but I find the bone-in to have much more flavor and you can use the bone and leftover ham to make soup the following day! 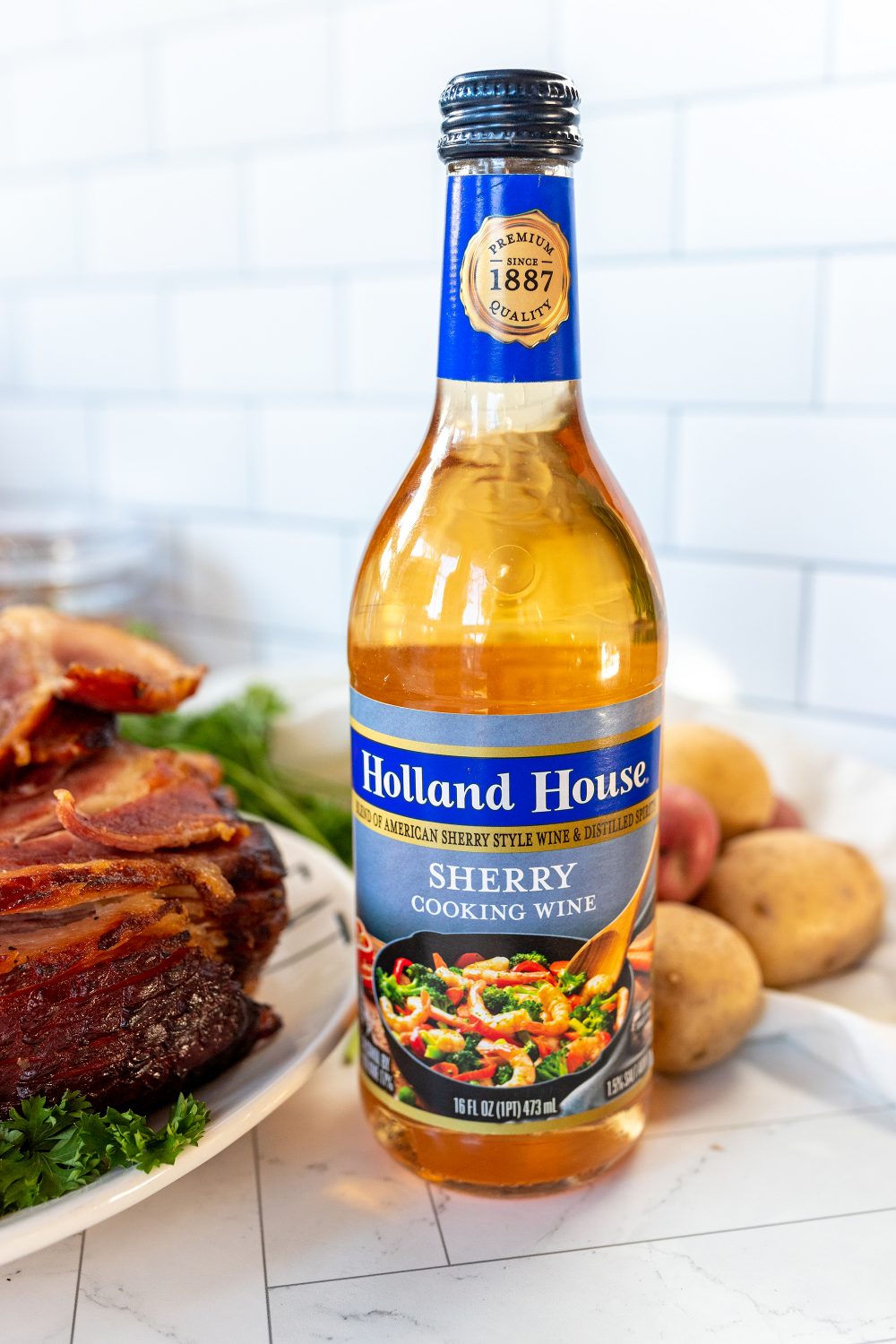 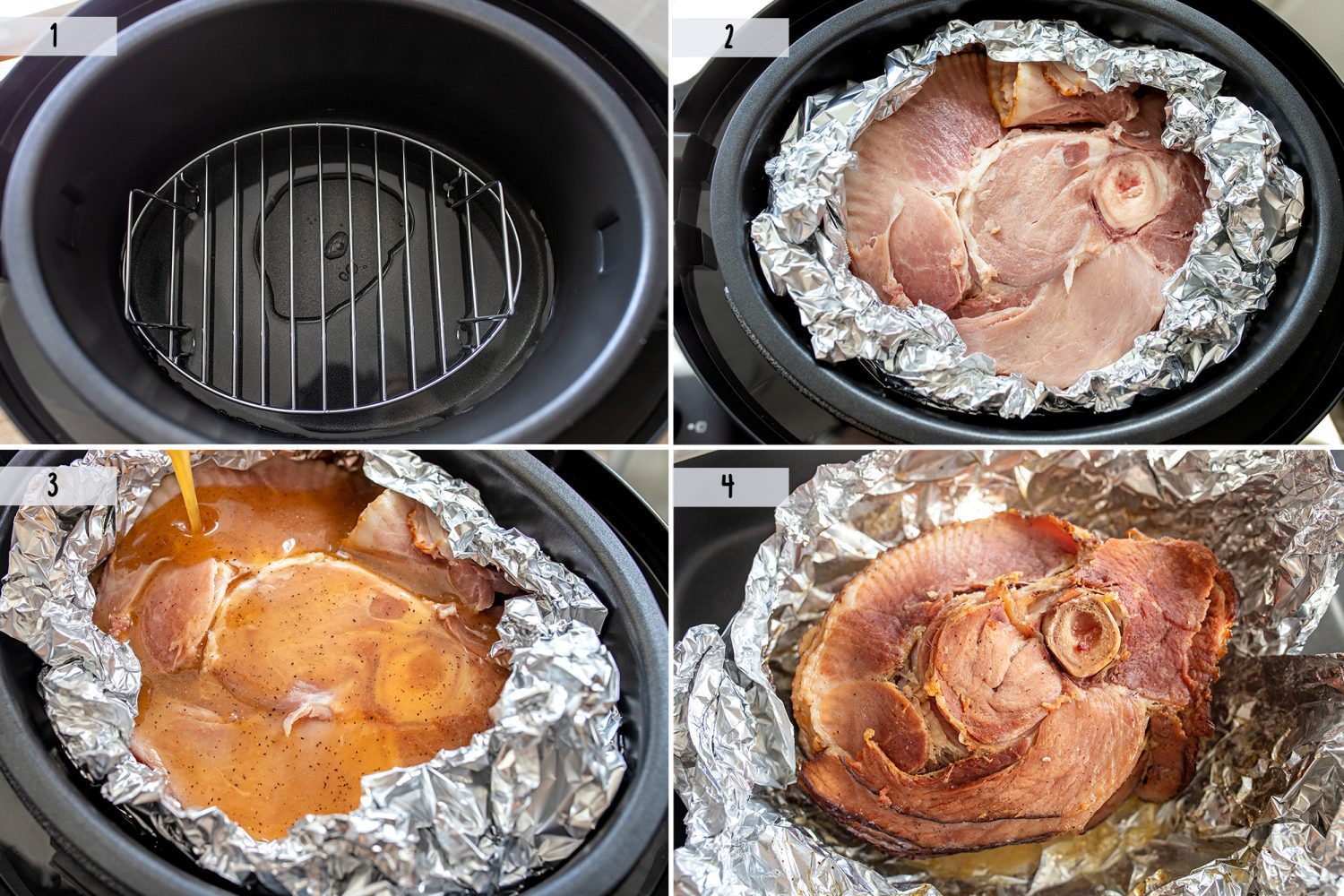 If you have to cut the ham to fit into your pressure cooker, you might want to stick with a boneless ham, unless the butcher can cut it for you.

If you are able to place the ham into your pressure cooker with the sliced side up, you can pour your glaze in between each piece for extra flavor. If your ham is too big, as ours was, you can pour it on top. It will be just as delicious!

Sliced Ham in the Pressure Cooker

Tired of waiting hours to cook a ham? This pressure cooker ham recipe includes a homemade glaze and results in a perfectly cooked ham every time!

If you make this pressure cooker ham, we’d love to hear your thoughts. If you post it on social media, we’d love for you to tag @thesupermomlife! Don’t forget to check out all of our family-friendly recipes.

* This post is sponsored by Holland House® Cooking Wines. All opinions are my own. 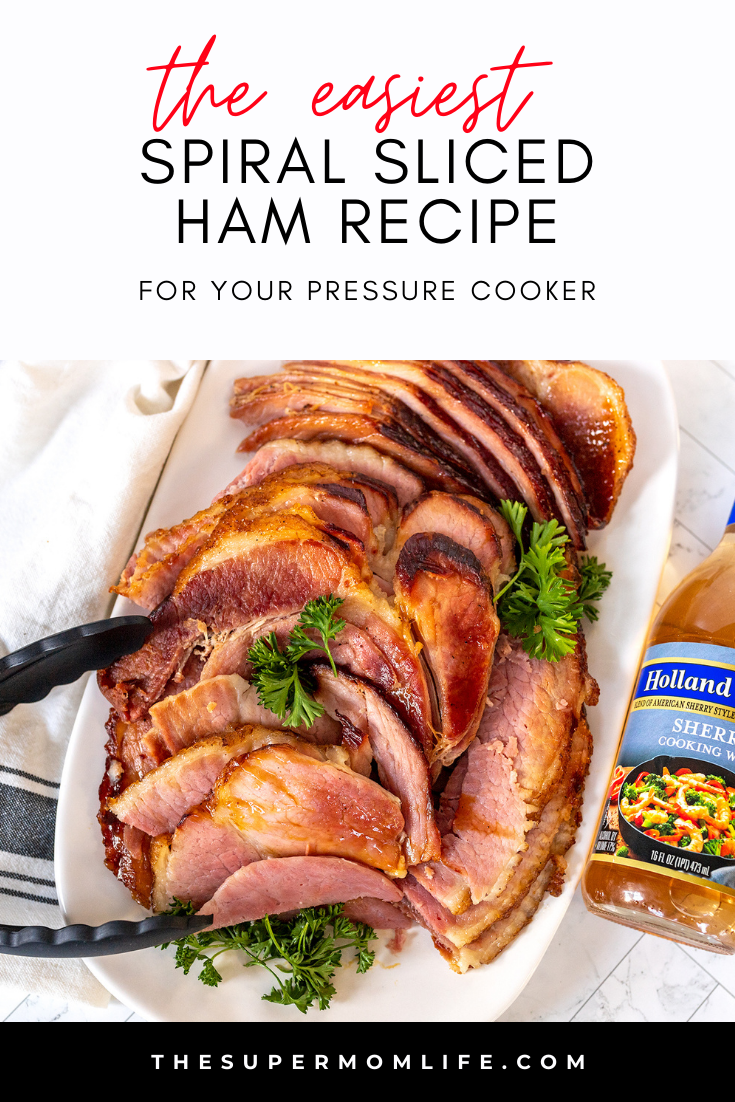 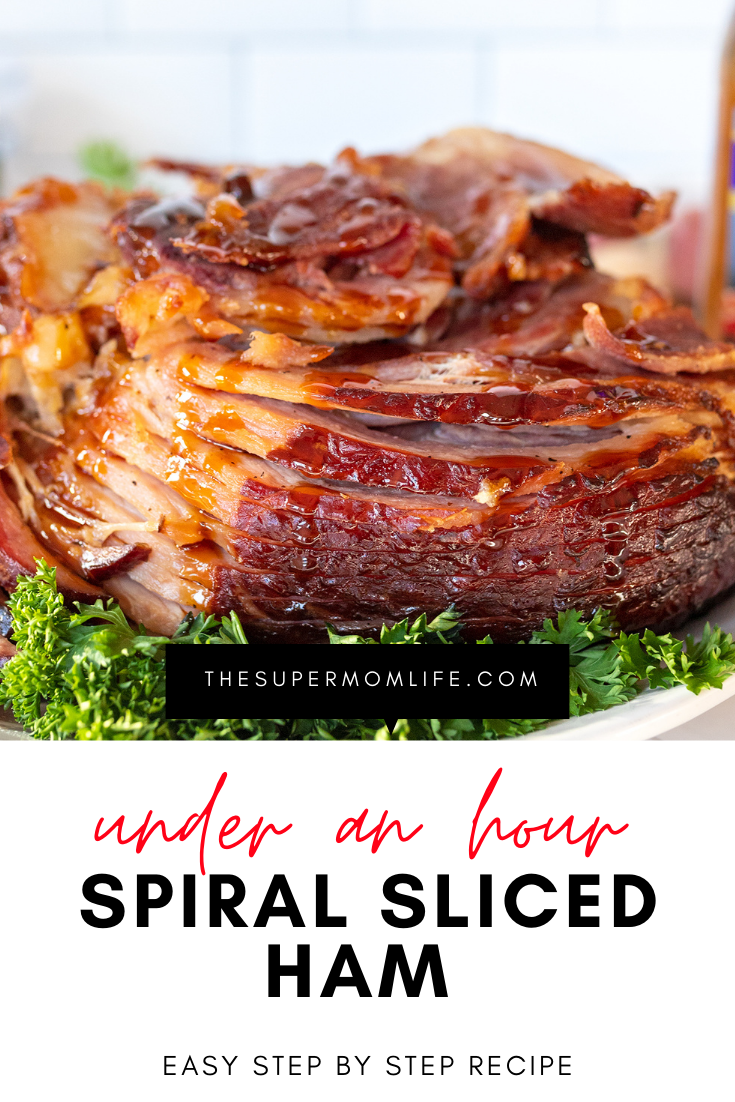