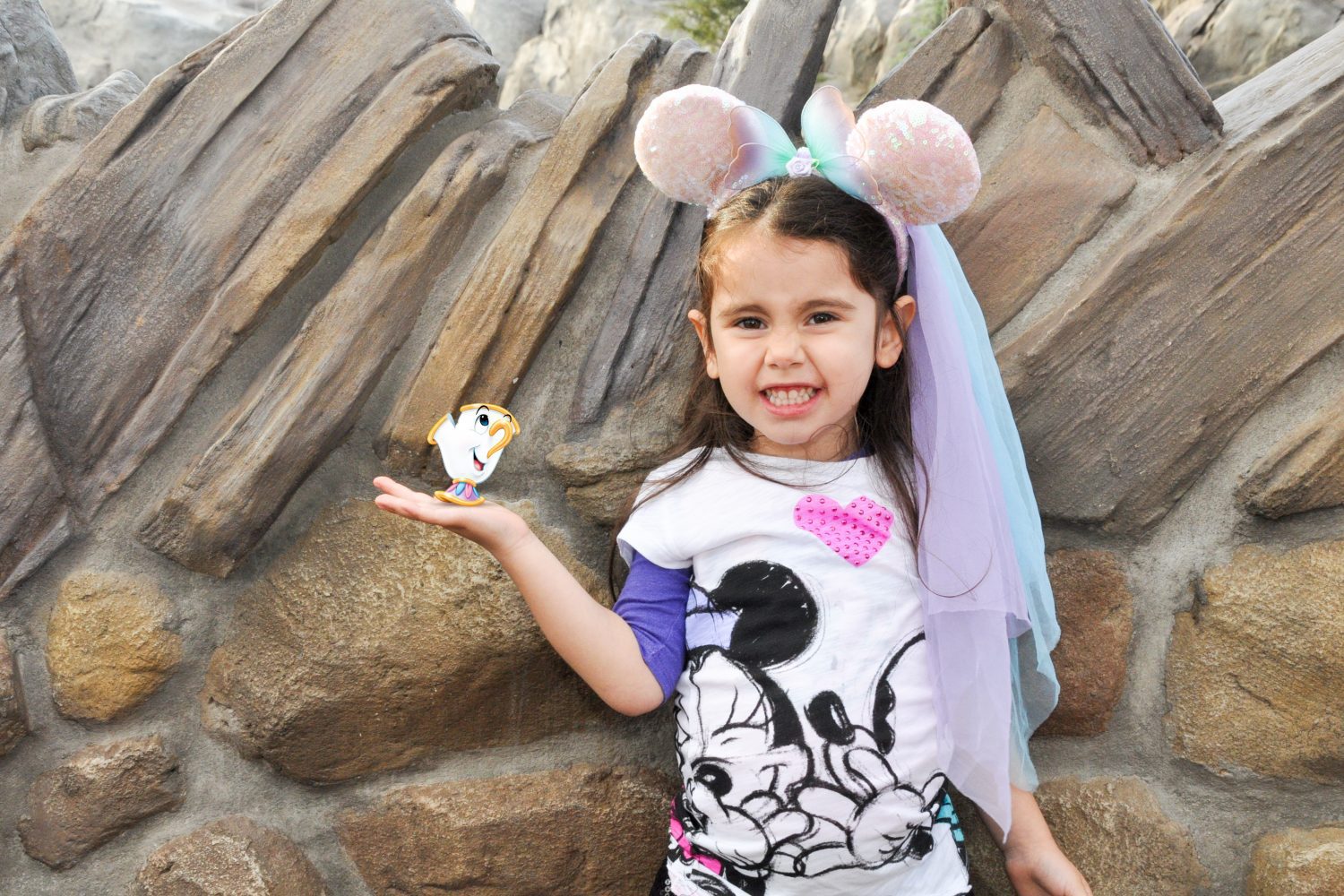 It was just after Iyla’s third birthday. She seemed to be on track, at least according to the pediatrician’s checklist.   She could follow instructions, name most familiar things, knew her first name, spoke in sentences and could carry a conversation, though she was hard to understand most of the time. We enrolled her in preschool that year and she was a little social butterfly.

Then one day, I walked into the preschool and I was stopped by the Director and pulled into her office. She sat me down and told me that Iyla’s teacher noticed that she’d been having issues with her communication skills. They wanted me to consider signing her up for a speech therapy program. I don’t know why, but I immediately felt defensive. Sure, there were moments when we couldn’t understand what she was saying, but every child is like that when they are small. She would outgrow it, we just had to give her time.

When I picked her up from school a few weeks later, her teacher stopped me on the way out. She asked if I had considered contacting the speech program. She shared moments where Iyla had trouble saying what she needed to say and was often straining to get the words out, which would cause her to stutter. She said that she told her to slow down and stopped her when she started stuttering.

I went home and spoke to a friend, who is a speech pathologist. She immediately sent me links to local speech therapy programs and suggested that I ask the teacher not to point it out. By making a big deal of it and calling Iyla’s attention to it, that could make it worse. The following day, my husband spoke to her teacher about it and we dropped the subject. I started to notice her stuttering at home, but I didn’t want to admit to anyone that something might be wrong. So I thought if I just ignored it, it would go away as quickly as it started. Not my proudest moment as a Mom, but a moment that is important to acknowledge.

It was toward the end of the school year when the preschool Director again pulled me into her office, but this time, she included Iyla’s teacher and one of the VPK teachers in the conversation. Iyla’s stuttering was happening more often and they encouraged me not to wait any longer. It had already been nearly 6 months. I went home that day and filled out the online form to see if Iyla would qualify for the county’s speech program.

It was a couple of months before we finally got a phone call. I realized that my waiting so long could have made it harder for them to correct this. That’s when my guilt set in. They wouldn’t be able to schedule an interview until the beginning of the school year (more waiting), but she said that this was common in kids with older siblings because they are often trying to talk over their brother or sister and may feel rushed to get their words out. When they are this young, it’s not as easy to do and that can cause the stutter. She told me to talk to Lucia (who was 7 at the time) and explain that when Iyla speaks, that she should allow her to finish her sentence without trying to talk over her. Lucia was great about it. As great as a 7 year old could be, but it didn’t seem to stop the stuttering, which at this point became more and more hard to ignore.

They scheduled a meeting at one of our local elementary schools where they interviewed us and observed Iyla and her speech issues. Even with no other children in the room, she struggled to get a sentence out without stuttering. Her forehead would scrunch up, as though she was straining to speak. I had to look away. I didn’t want her to see the tears in my eyes. I felt like this was my fault. I should have applied for the program right away. I should have gotten her the help she needed. I had one job and at that point, I felt like I had failed miserably.

When we got the letter stating that she had been accepted into the program, I felt a sigh of relief, but couldn’t get over my lingering guilt. I went into the school that day and sat down with the Director to let her know the good news. I told her that I was worried that I waited too long, but she assured me that it was fixable and that I had nothing to worry about.

For that entire year, Iyla was bused from her VPK class to an elementary school, once a week, for her speech therapy classes. They worked with her for an hour each day and sent her home with homework so she could practice speaking slowly and annunciating. By the end of the year, the stutter was gone. She was speaking clearly and with no issues. It was emotional for her and the therapy teachers on her last day. They had become so close and since she was planning on going to a different elementary school, they wouldn’t see each other again.

She continued speech therapy classes through Kindergarten, since she was still having issues with a few sounds. This time she was able to take them at her own school. I started to see an improvement almost immediately. Her speech went from barely understandable to beautiful and fluid. The change was night and day. Today, at 10 years old, if you met her, you wouldn’t even know that she ever had any speech issues.

Honestly, I wasn’t planning to share this, but I realized that if I struggled with this situation, there must be other parents out there that are going through the same. We all let our pride get in the way sometimes, but when it comes to our children, we have to learn to push it aside.

If you notice your child is struggling, don’t be afraid to reach out for help. Early intervention is key in these situations. According to ASHA (American Speech-Language-Hearing Association), you can find your community’s early intervention office by: 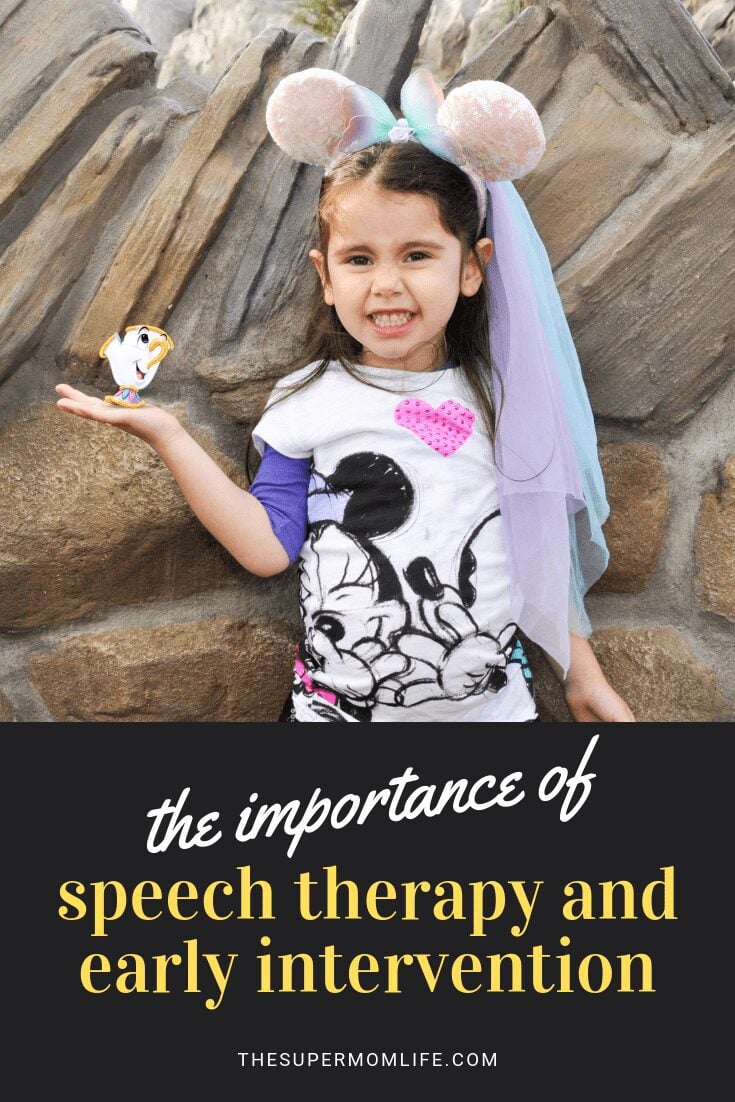