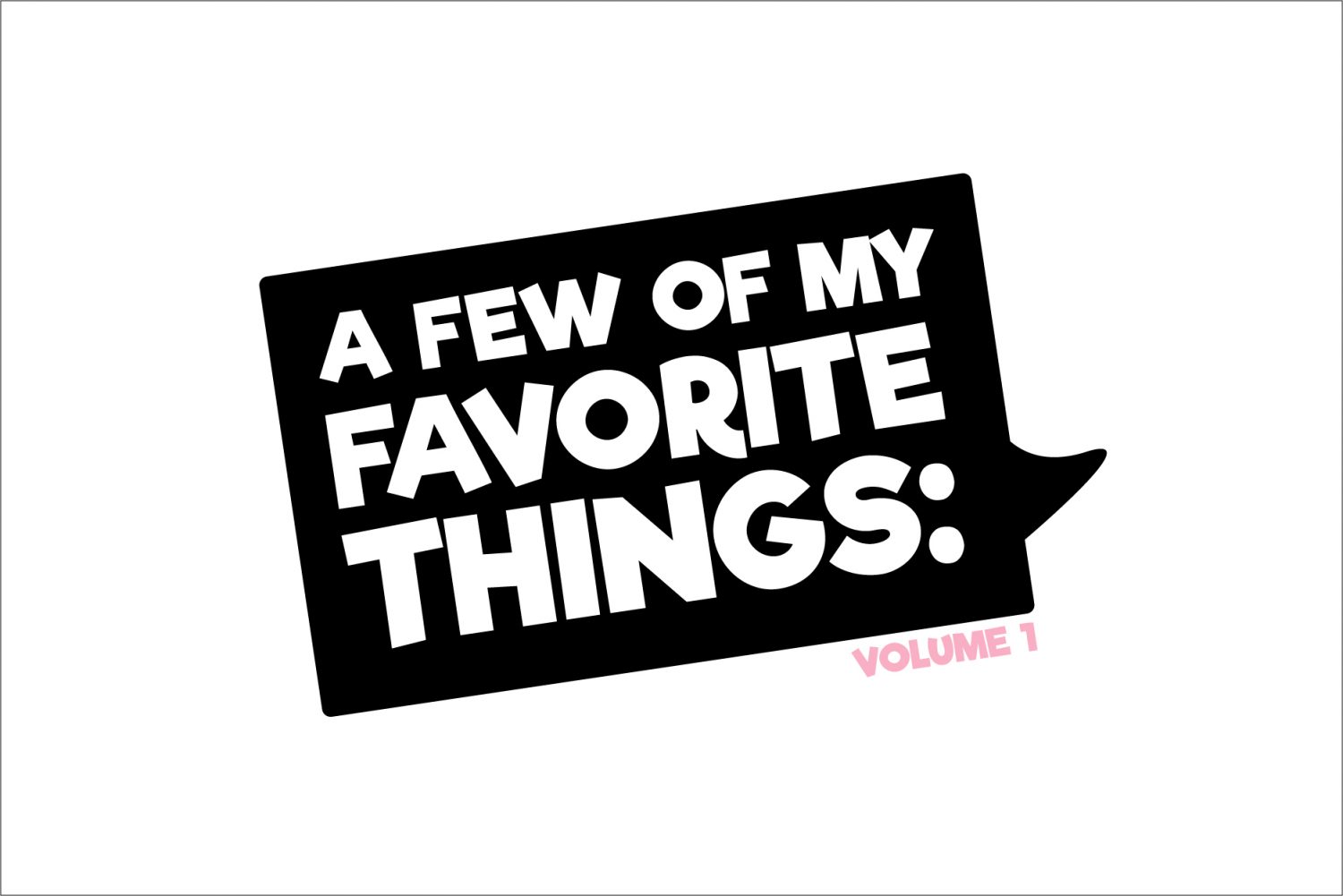 I have the attention span of a walnut. There I said it. I fall madly in love with things quickly and fall out of love just as quickly not because I discover I don’t love them anymore, but more so because I just get bored. I thought it would be fun to share what I’m currently loving for those of you that are looking for something new to read, watch, listen or try. I’m thinking about making this a regular monthly series. What do you think? Here is my first list of Super Mom’s favorite things.

I’m so excited to have written those two words. I have struggled with finding the time to read for YEARS! It used to be something I did daily but after kids and work, I just got lazy and found it easier to watch tv. My kids LOVE reading and are constantly asking to go to the library so when I took them earlier this week, I picked up a book for myself. Turns out, if you take the television out of the bedroom, you have plenty of time to read before you go to sleep. PLUS, I get sleepy faster! Score!

I have a love for mystery or true crime stories, so I found an author named Sara Blaedel. She actually has a couple of series and now that I’m 20 chapters in on the first one, I can’t wait to read the others! 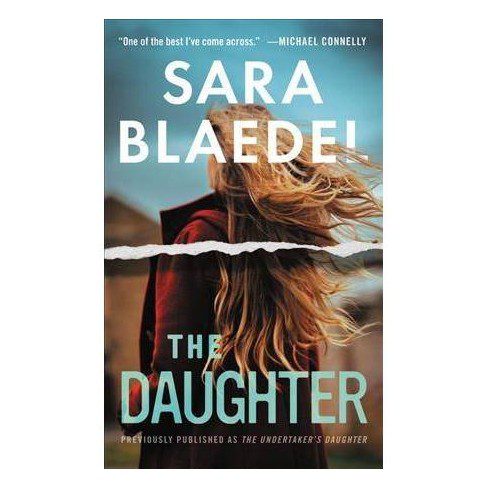 The Daughter by Sara Blaedel is the first book in a series.

A daughter’s unexpected inheritance following her estranged father’s death plunges her into a web of crime and deceit in small-town Wisconsin in the latest emotionally taut novel from Sara Blaedel, a writer Karin Slaughter calls “a force to be reckoned with” and whose books have sold over 3 million copies worldwide.

School-portrait photographer Ilka Nichols Jensen is leading a modest, regimented, anything-but-extraordinary life in Copenhagen when unexpected news rocks her quiet existence: Her father–who walked out suddenly and inexplicably on the family more than three decades ago, and whom she hasn’t heard from since–has died. And, even more surprising, he’s left her something. His funeral home. In Racine, Wisconsin. Desperate for a connection to the parent she never really knew, Ilka makes an uncharacteristically rash decision and jumps on a plane to the United States.

There she stumbles on an unsolved murder and into the path of a killer. Suddenly, learning everything she can about the man who was her father becomes a matter of life and death–because what Ilka doesn’t know might just kill her . . .

Although I’m dedicating at least an hour a night to reading, I love a good movie, like most people. After I was sure I had watched everything on Hulu, Netflix, HBO and Amazon Prime, I found this gem, Isn’t It Romantic, which I’ve actually watched twice already. 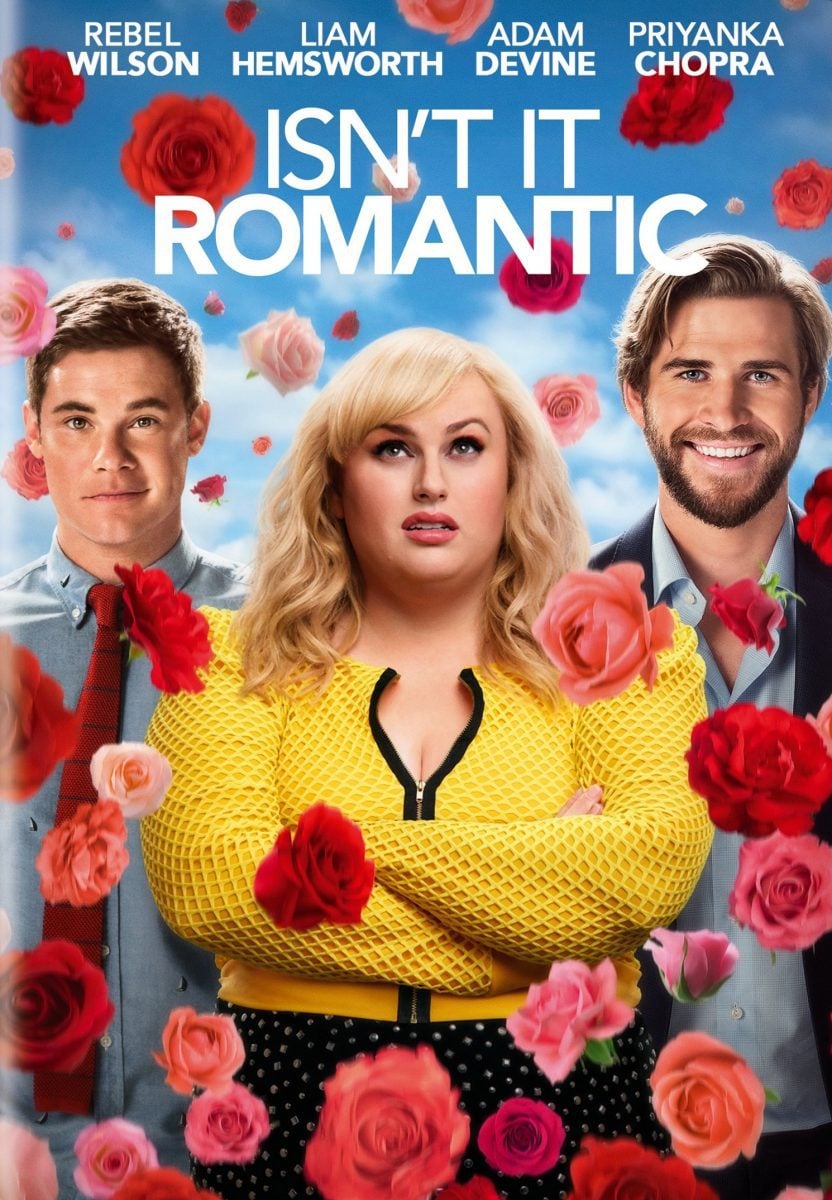 First of all, Rebel Wilson is my spirit animal. I mean, if we met, she’s probably be bored out of her mind because I would be totally starstruck, but I just love her. She’s so funny and real and my bestie in an alternate universe. This movie is for everyone that loves romantic comedies and how absolutely ridiculous they can be. It’s the perfect feel-good movie!

Natalie (Rebel Wilson) is an architect in New York City who isn’t being taken as seriously in her career as she would like. But after getting mugged in the subway and becoming unconscious she wakes to find a very different city, filled with romance, grand gestures, dancing and flowers. It doesn’t take long for Natalie to realize she is somehow living in what she hates the most – a romantic comedy.

I’ve watched enough series to have a list of favorites. I’m a binger. I love the idea of being able to watch an entire season (or multiple seasons) at once, without having to wait for a new episode. So this is a tough one. I have a number of series that I absolutely LOVE. Choosing one was tough. But I think if I have to share just one with you guys, I’m going to share this one because it’s just great tv. 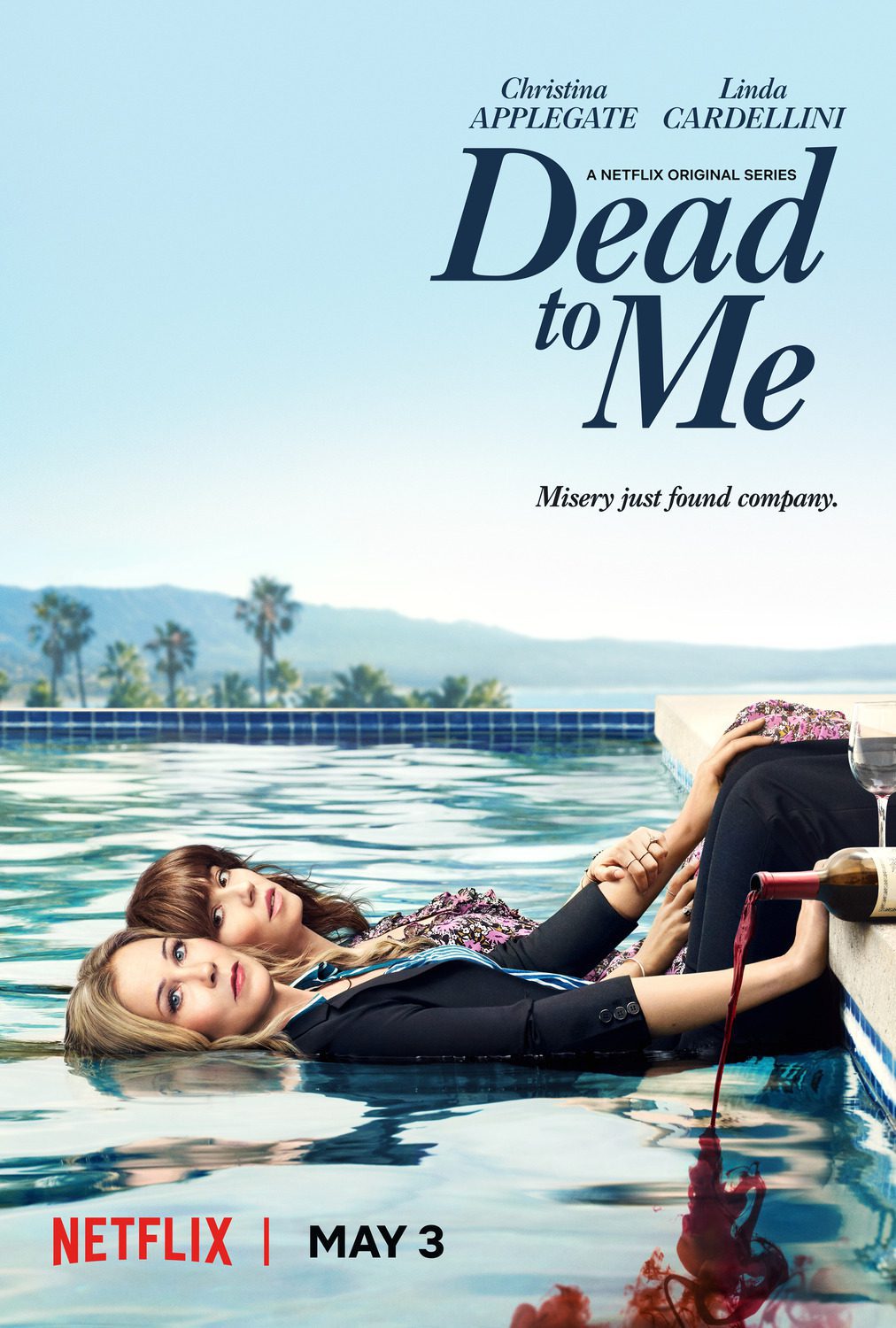 Dead to Me Starring Christina Applegate and Linda Cardellini

While there is currently only one season of Dead to Me, it’s worth the binge! I love a twisty-turny type show. Christina Applegate plays a hotheaded widow searching for the hit-and-run driver who mowed down her husband befriends an eccentric optimist who isn’t quite what she seems. They expect Season 2 to be out in 2020. I personally can’t wait!

This one is a new one to me. I was forced to listen to my first podcast a few months ago and I’ve been hooked ever since. Just like books, give me all the true crime podcasts! Super Dad actually turned me onto To Live and Die in LA. I was hooked from the moment I started it. There is something about Neil Strauss’ voice, and the way he tells the story that pulls you in. 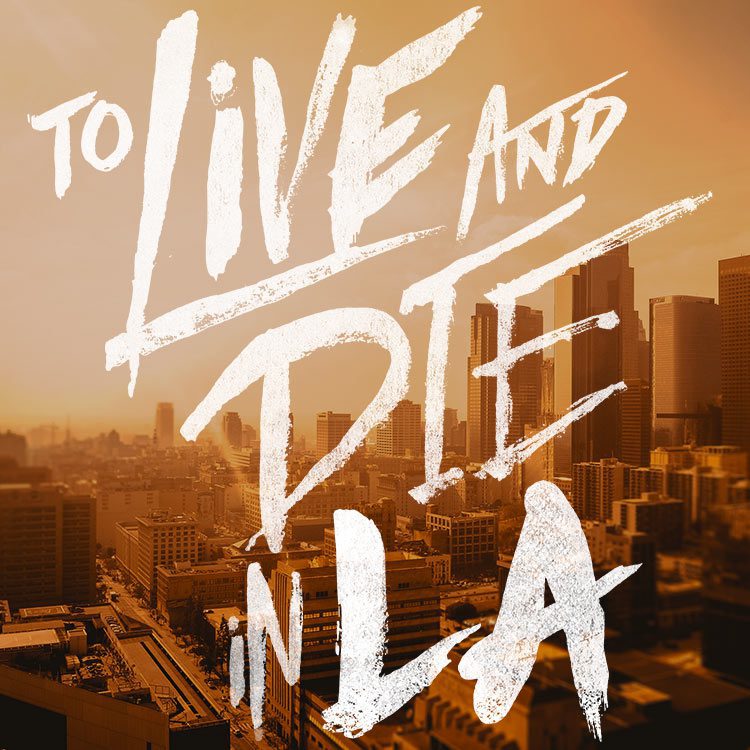 To Live and Die in LA hosted by NEIL STRAUSS

To Live and Die in LA takes a deep dive into the mysterious disappearance of 25-year-old Adea Shabani, an aspiring actress and model who vanished without a trace from her apartment complex near Hollywood’s famous Walk of Fame. Last seen in February of 2018, Shabani is a native of Macedonia. Like the thousands who flock to Los Angeles each year, she hoped to realize her Hollywood dream of stardom. What really happened to Adea? The full story has never been told.

And finally, let’s talk about something I am loving right now. After seeing Aileen (@brooklynnsmama1) talk about these cotton candy grapes on her Instagram stories, I had to try them. So we took a “quick” trip to Target (and by quick I mean 2 hours of shopping for a cart full of things we definitely did not need). 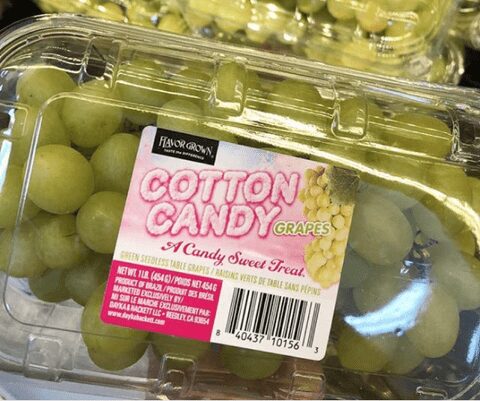 Believe it or not, they taste EXACTLY like cotton candy. The girls couldn’t believe it. Iyla ate one and then asked if that’s where cotton candy comes from. I thought that was cute. I can tell you that if the girls want cotton candy in the future, I’m totally running out and getting them these. You can find them at Target and Trader Joes. I’m sure they sell them elsewhere, but those are the two places I know for sure. 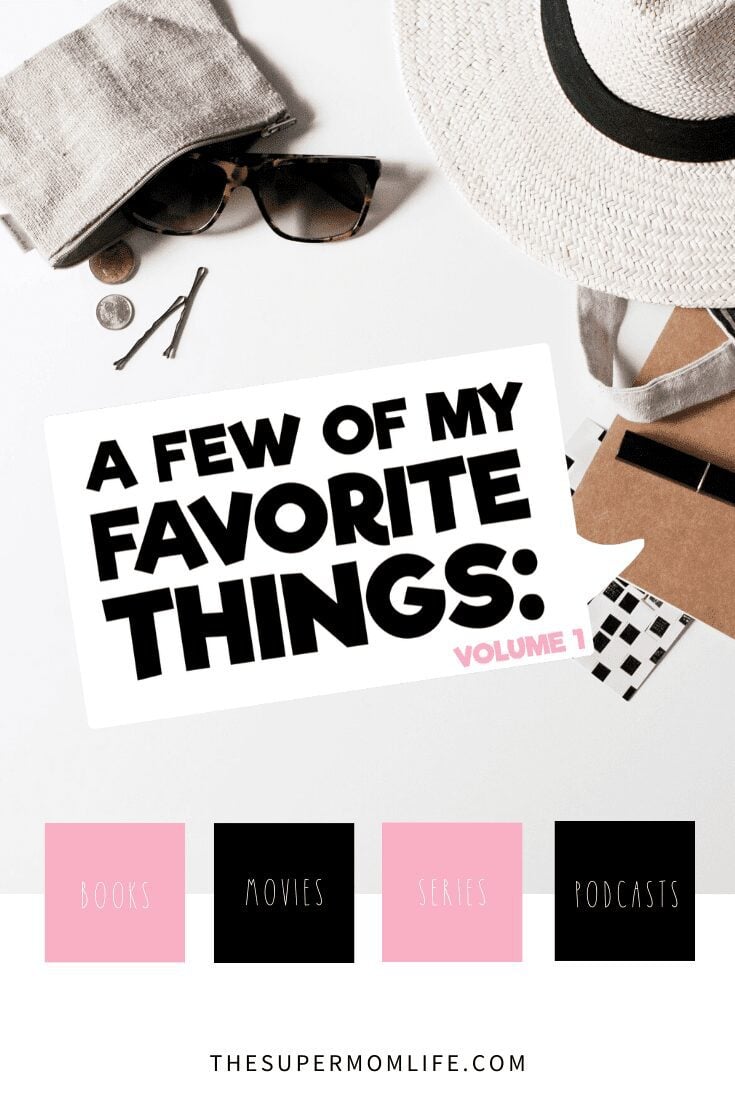