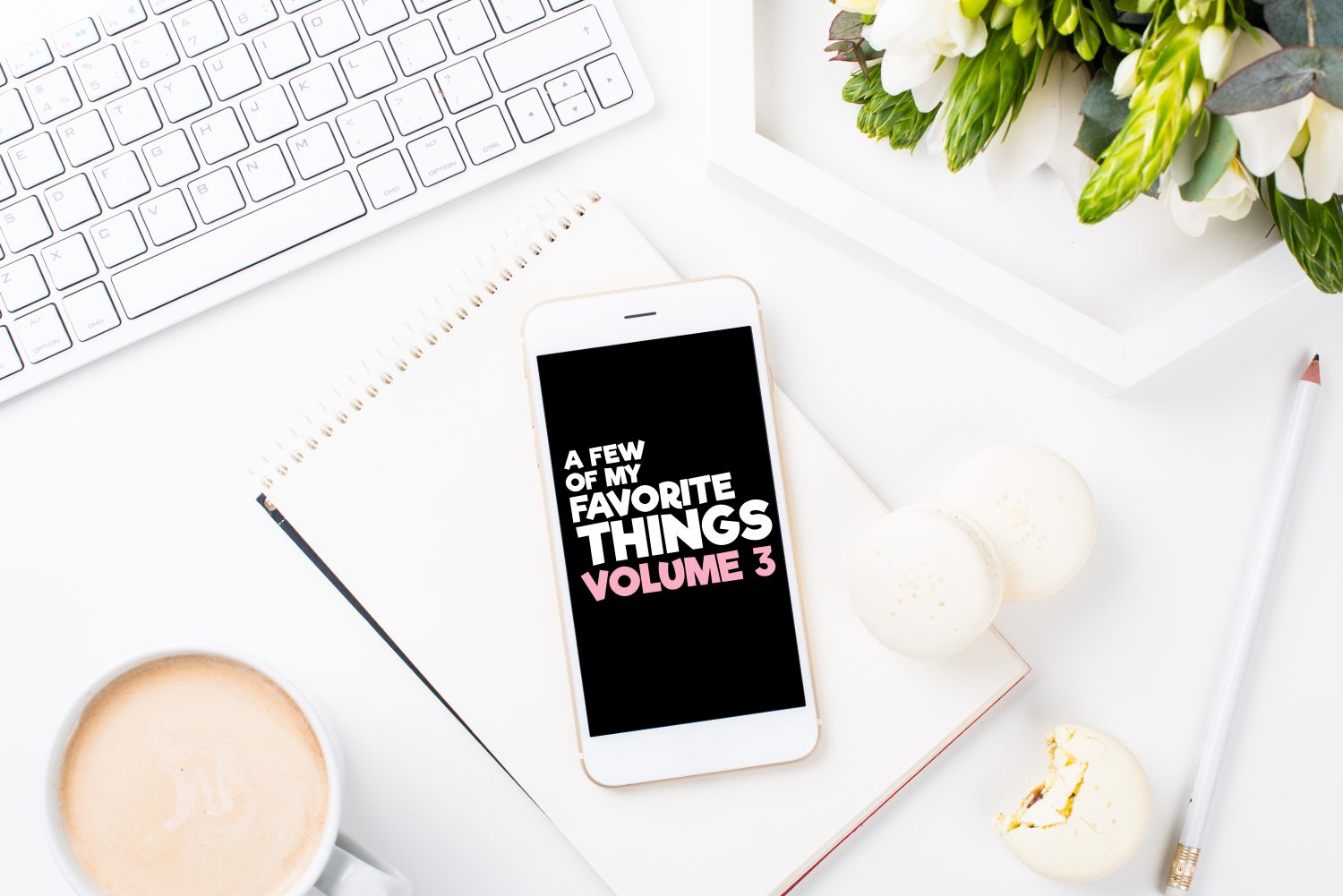 It’s the beginning of another month, so you know what that means. Time to share my monthly favorites!

Most of you know that I’m a huge fan of True Crime (you can probably tell by my favorites posts). I recently started looking for books in the true crime genre and was excited to have found Long Way Home by Laura Caldwell. This book had me feeling both incredibly disappointed and gave me hope at the same time. Not disappointed in the book, but in the justice system to allow such an injustice to happen to this young man, Jovan Mosley, who told them over and over again that he had no part in a crime (especially since they had no evidence against him). I felt hope that there may be more people like Catherine O’Daniel and Laura Caldwell, who are willing to help the wrongfully convicted, out of the kindness of their hearts. 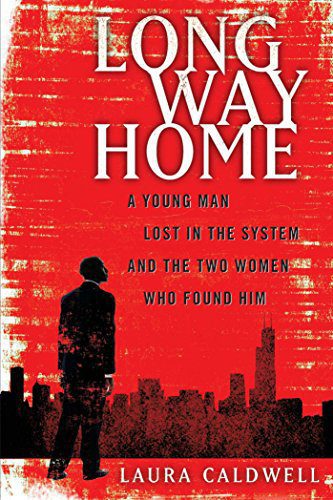 Nineteen-year-old Jovan Mosley, a good kid from one of Chicago’s very bad neighborhoods, was coerced into confessing to a crime he didn’t commit. Charged with murder, he spent five years and eight months in a prison for violent criminals. Without a trial.

Jovan grew up on the rough streets of Chicago’s Southeast Side. With one brother dead of HIV complications, another in jail for arson and murder, and most kids his age in gangs, Jovan struggled to be different. Until his arrest, he was. He excelled in school, dreamed of being a lawyer, and had been accepted to Ohio State. Then on August 6, 1999, Jovan witnessed a fight that would result in a man’s death. Six months later, he was arrested, cruelly questioned, and forced into a confession. Sent to a holding jail for violent criminals, he tried ceaselessly to get a trial so he could argue his case. He studied what casework he could, rigorously questioning his public defenders. But time after time his case was shoved aside. Amiable, bright, and peaceable, he struggled to stay alive in prison. As the years ground on, he’d begun to lose hope when, by chance, he met Catharine O’Daniel, a successful criminal defense lawyer. Although nearly all cases with a signed confession result in a conviction, she was so moved by him, and so convinced of his innocence, that Cathy accepted Jovan as her first pro bono client. Cathy asked Laura Caldwell to join her and together they battled for Jovan’s exoneration. Here is Laura’s firsthand account of their remarkable journey. This is a harrowing true story about justice, friendship, failure, and success. A breakdown of the justice system sent a nice kid to one of the nation’s nastiest jails for nearly six years without a trial. It would take a triumph of human kindness, ingenuity, and legal jousting to give Jovan even a fighting chance.Deeply affecting, Long Way Home is a remarkable story of how change can happen even in a flawed system and of how friendship can emanate from the most unexpected places.

I was seriously considering skipping this category this month, because honestly, I hadn’t watched anything that was worth sharing. But a few nights ago, I stumbled upon a documentary that was so eye opening, it needs to be seen by so many!

After becoming a mother, a filmmaker uncovers the untold history of China’s one-child policy and the generations of parents and children forever shaped by this social experiment. In this 2019 Sundance U.S. Grand Jury Prize-winning documentary, One Child Nation, Chinese-born filmmakers Nanfu Wang (Hooligan Sparrow) and Jialing Zhang expose the devastating consequences of China’s One-Child Policy through the stories of those who lived through it.

YOU is back in it’s 2nd season! This dark and suspenseful Netflix series keeps you wanting more. If you haven’t seen season 1, add it to your must-binge list! Season 2 is back and even better! I finished the entire season in 1 day. It’s THAT good! 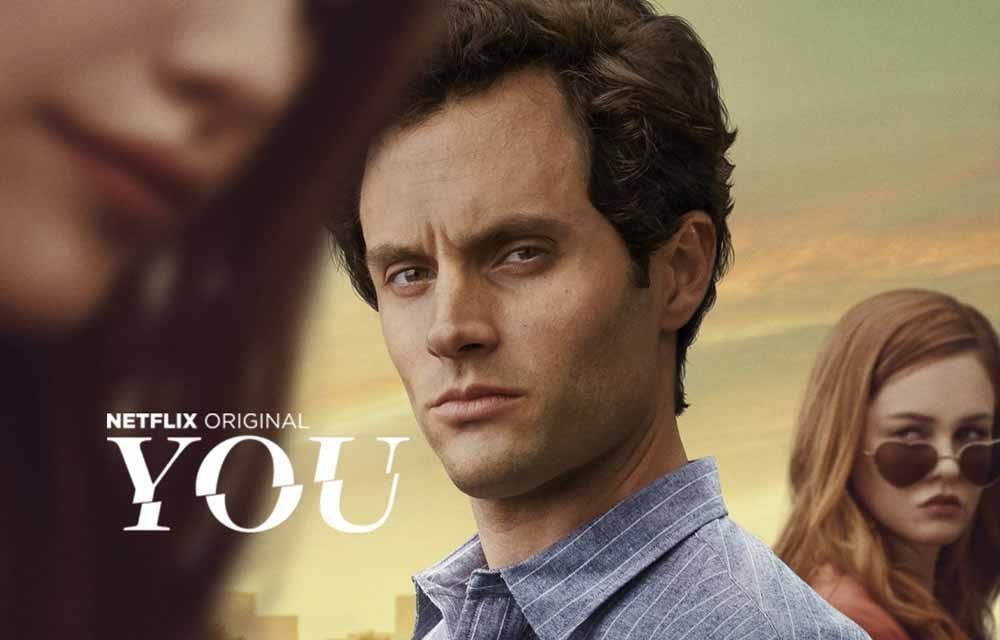 You is an American psychological thriller television series developed by Greg Berlanti and Sera Gamble. The first season is based on the 2014 novel by Caroline Kepnes and follows Joe Goldberg, a New York bookstore manager and serial killer (Penn Badgley) who falls in love with a customer named Guinevere Beck (Elizabeth Lail) and quickly develops an extreme, toxic and delusional obsession.

Are you also a true crime fan? I had never heard this particular story until I started In the Dark, Season 2. I can tell you that once you hear it, you’ll never be the same. I’m checking it constantly, as they are still putting up new episodes. It’s an insane story and proves that when it comes to our justice system, we still have a long way to go! 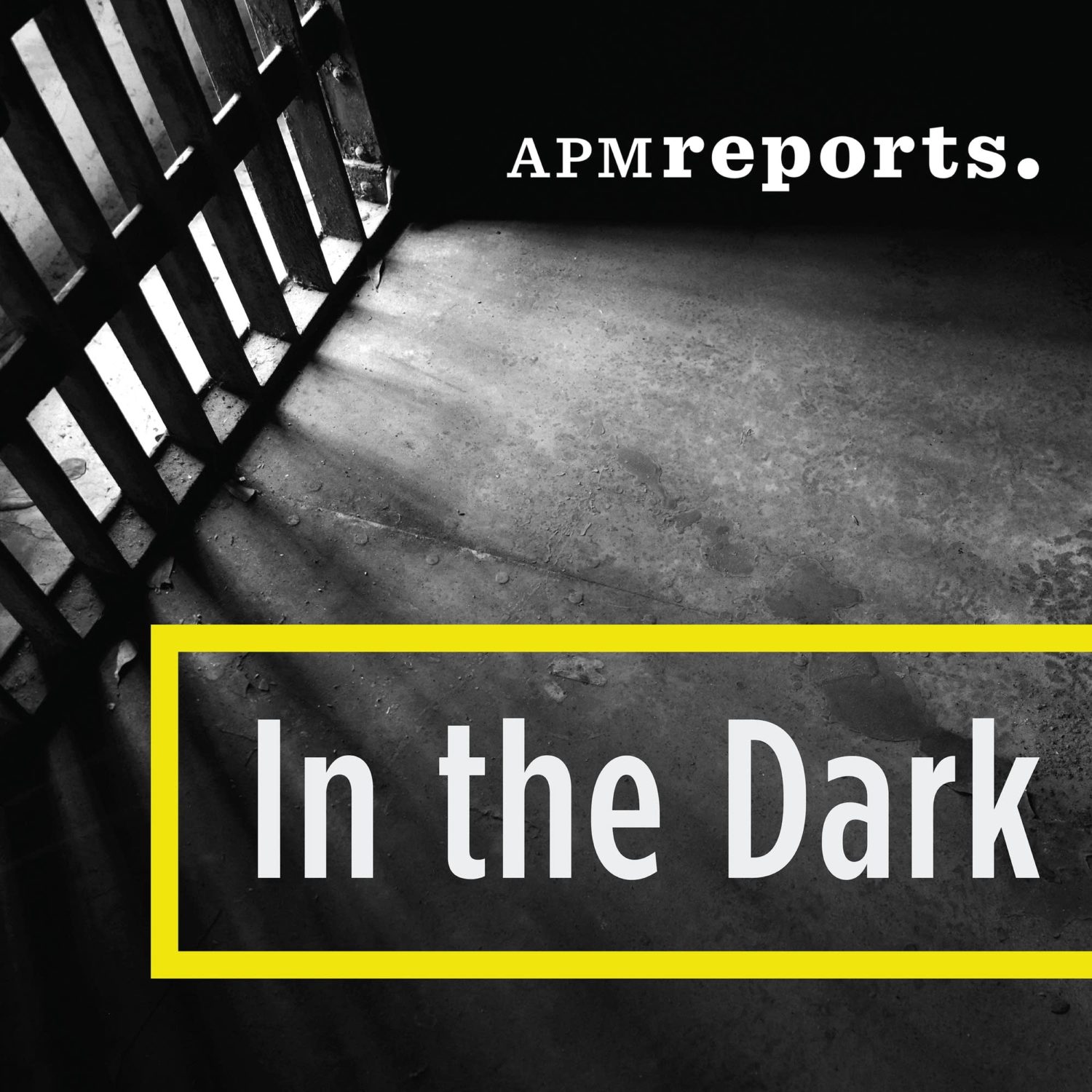 In the Dark, Season 2

Curtis Flowers has been tried six times for the same crime. For more than 20 years, Flowers has maintained his innocence. He’s won appeal after appeal, but every time, the prosecutor just tries the case again. What does the evidence reveal? And why does the justice system ignore the prosecutor’s record and keep Flowers on death row?

Ok… here’s the story. Super Dad and I were waiting in line at Homegoods and were headed to the school to pick up the girls. He grabbed a bag of Artisan Tropic Cassava Strips and said he wanted to bring a snack for the girls. We wound up opening them as soon as we got into the car because we were starving. I took one, just to taste and WOW! Before we knew it, the entire bag was GONE. Nothing left for the girls. Oops!

Most of you know that I can’t function without my Erin Condren Planner. It holds all of my work and personal to-do’s for the day. But… things change when you have kids and you can’t always get things done exactly when you want to, so writing things down in permanent ink and then crossing it out can make a crazy mess in my beautiful planner and I’m not about any of that. 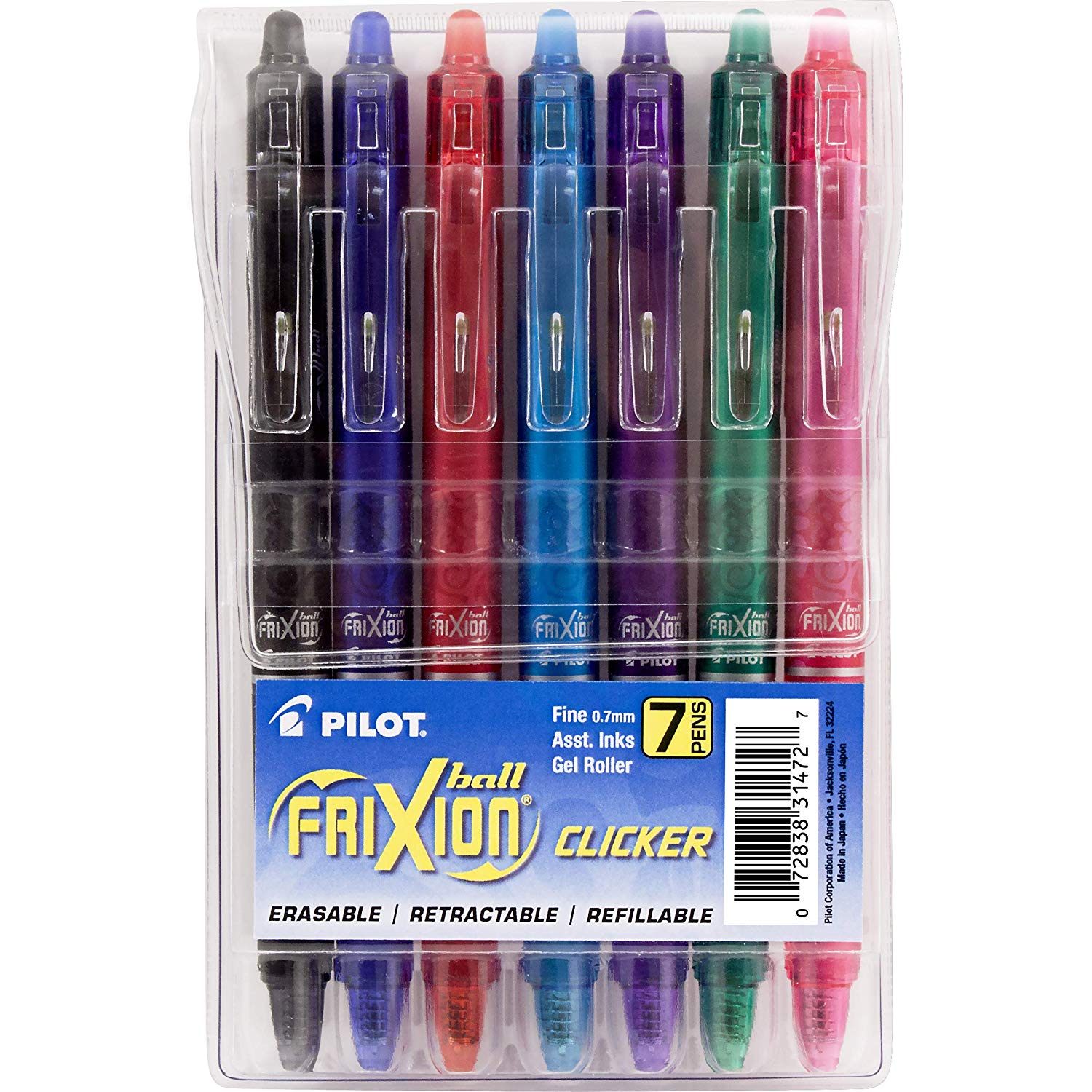 Someone introduced me to these Pilot Frixion Clicker Erasable Pens and I fell in love! They write so smoothly and come in a variety of colors. And if I can’t get to something, or I write it on the wrong day, I can ERASE it so easily! I have purchased at least 3-4 sets of these over the years, only because they tend to grow legs and walk out of my office. If you don’t have tiny hands (or husband hands) who like to steal your pens, you can refill them too, which saves money! They are also great for your older kids who need pens for school. I highly recommend them! 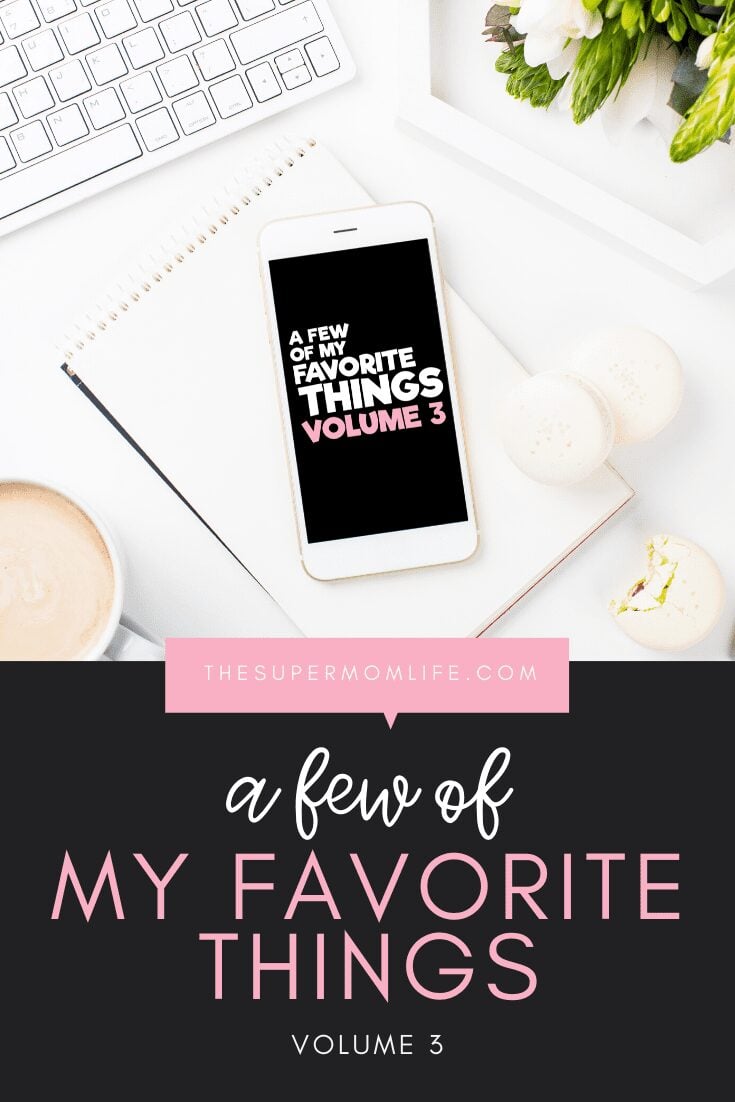 *While this is not a sponsored post, it does contain affiliate links. If you click on those links and purchase something, we may be compensated. We appreciate the support!