Things to Do in Florida {Series} – The Coca-Cola Orlando Eye 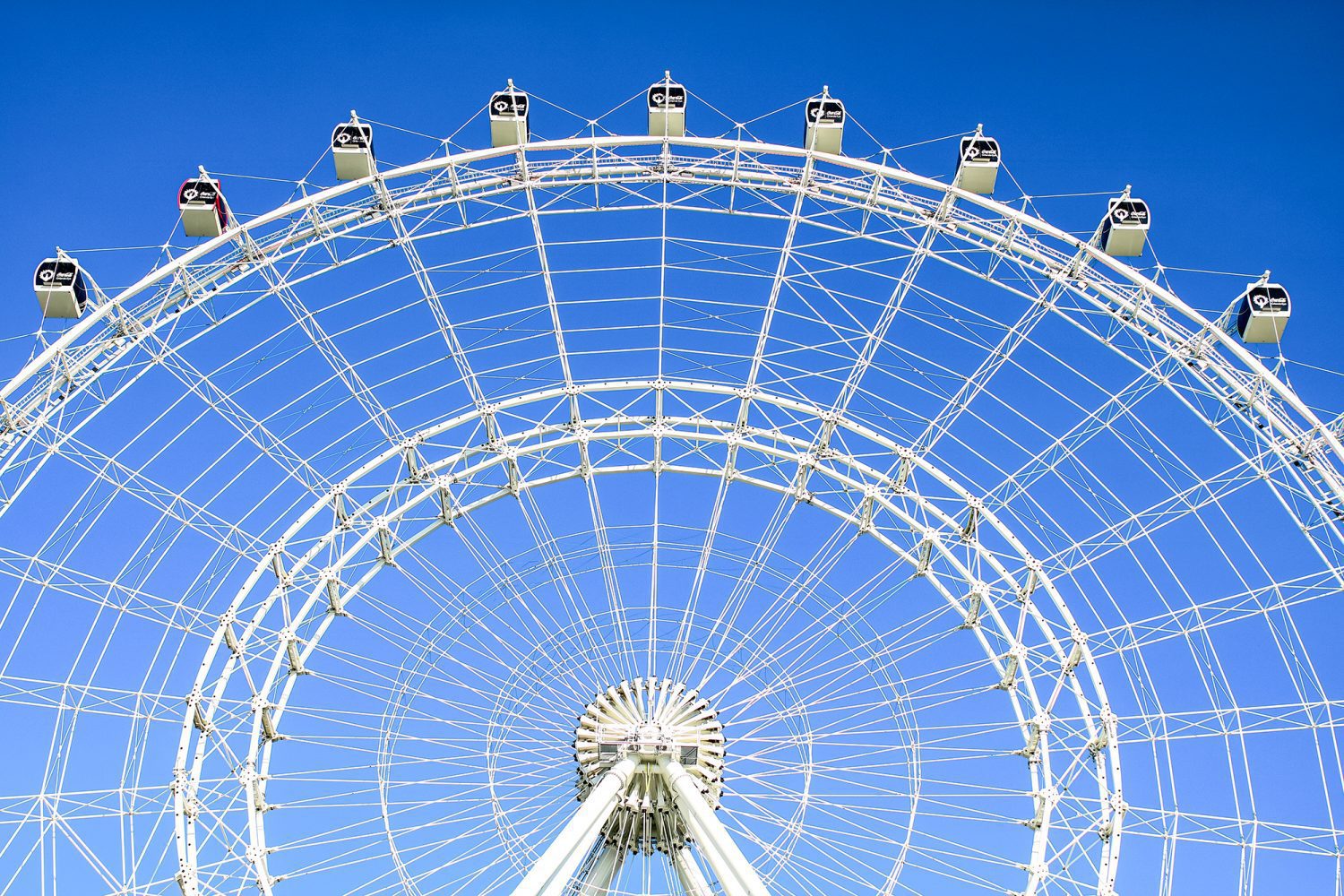 During our recent stay at the Wyndham Orlando Resort International Drive, we were provided with tickets to I-Drive 360.  As many times as we’d been to International Drive, I never knew that this little gem existed! It made me want to explore our great state more and provide a list of things to do in Florida.  I’m continuing our series with the Coca-Cola Orlando Eye in Orlando, FL.

The Coca-Cola Orlando Eye provides a moment to escape, and discover the magic and natural wonder Orlando has to offer from above. Be effortlessly lifted away in a capsule of calm and serenity to see Orlando in a way you’ve never seen it before.  The iconic 400-foot tall observation wheel provides breathtaking views of Central Florida in all directions, with sights of downtown Orlando’s skyline, theme parks, lakes and lush landscape, and on a clear day, views of Cape Canaveral on the east coast. 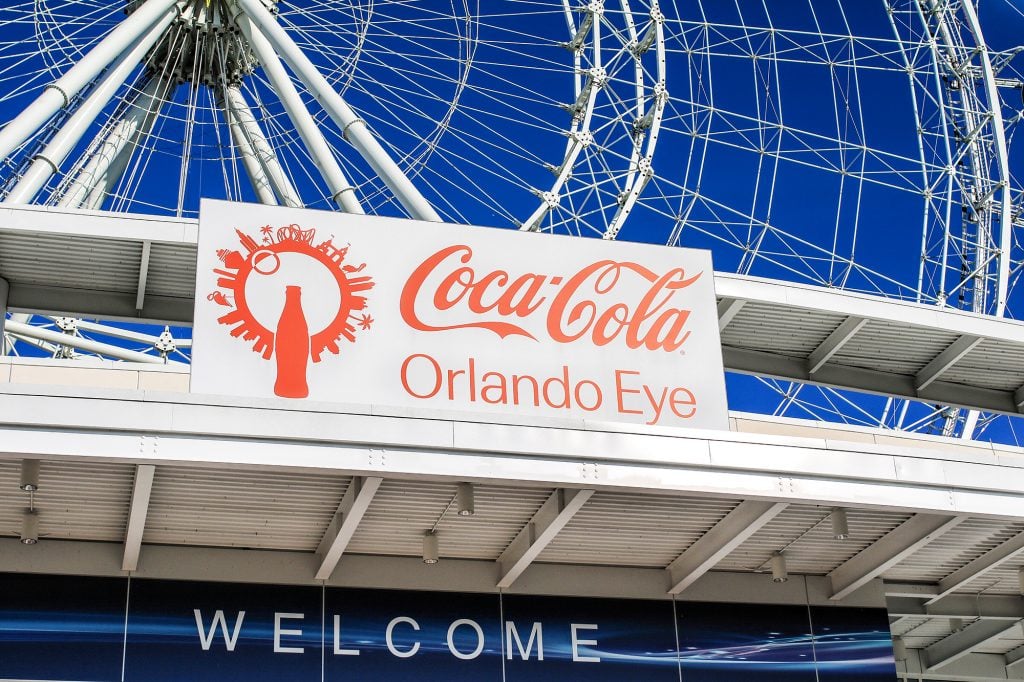 My kids were most excited about going to the Coca-Cola Orlando Eye.  Imagine an enormous ferris wheel that goes super slow and allows you to see Orlando from up in the sky.  Sounds dreamy right?  Well, when you have anxiety like I do, not so much.  I knew how much my girls wanted to go on so I sucked it up and got in line.

The line moved pretty quickly.  We were at the front before we knew it and ready to head off to another adventure.  We were all excited, but inside, we were all kinda terrified (we found this out after the fact of course).  They have different cars, some with a Coca-Cola bottle cap seat and others with a white seat.  The girls were hoping for the bottle cap, but unfortunately those were all taken. 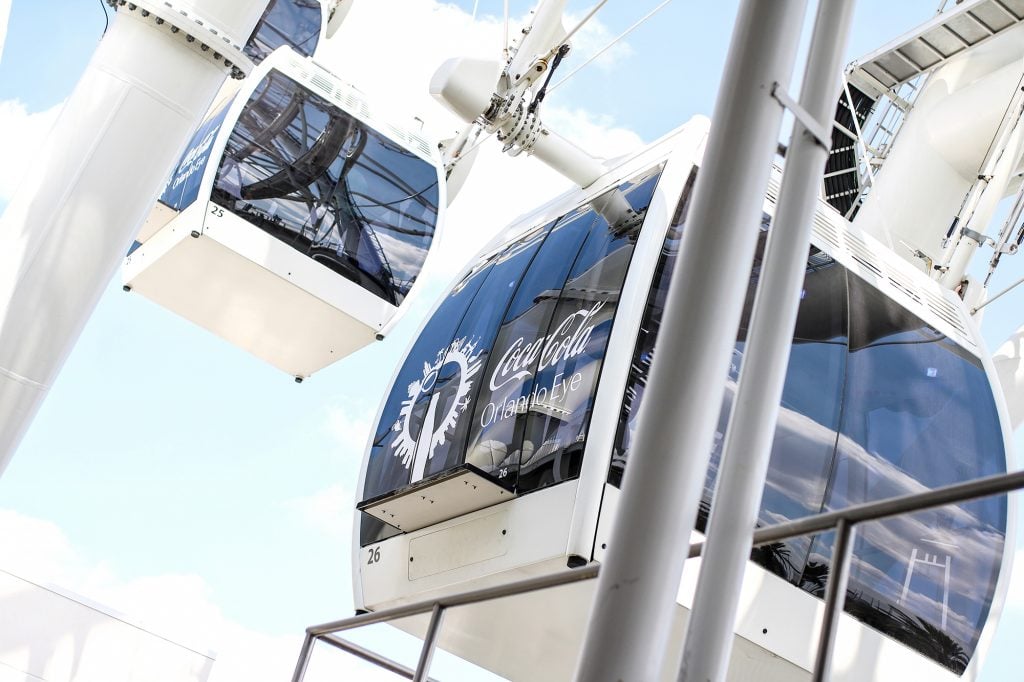 I was surprised to find that each capsule is air-conditioned.  That made things a little less scary for someone like me who isn’t thrilled to be locked in small spaces.  As we walked onto the capsule, a large man turned around and said in a very loud voice that he couldn’t do this.  There was a split second where my husband said he was contemplating the same thing.  But, as cautious as we all were, we stepped on to our private capsule.  As the doors closed, I found myself panicking.  I was trying to find a button or a phone to call and let them know that I needed off, asap.  I try not to allow my kids to see my anxiety but in some cases, I can’t control it.

My husband saw my fear and immediately jumped into action. He handed me my camera and asked me to take some pictures. It’s amazing how quickly my anxiety diminished.  Distraction is key in these situations, at least for me.  While I was looking through my camera at my family, I realized how incredible this moment really was.  I realized that had I jumped off, I wouldn’t be there, right that moment, about to embark on an adventure with my family.  There are so many times when I allow anxiety to get in my way, but this time, it didn’t win. 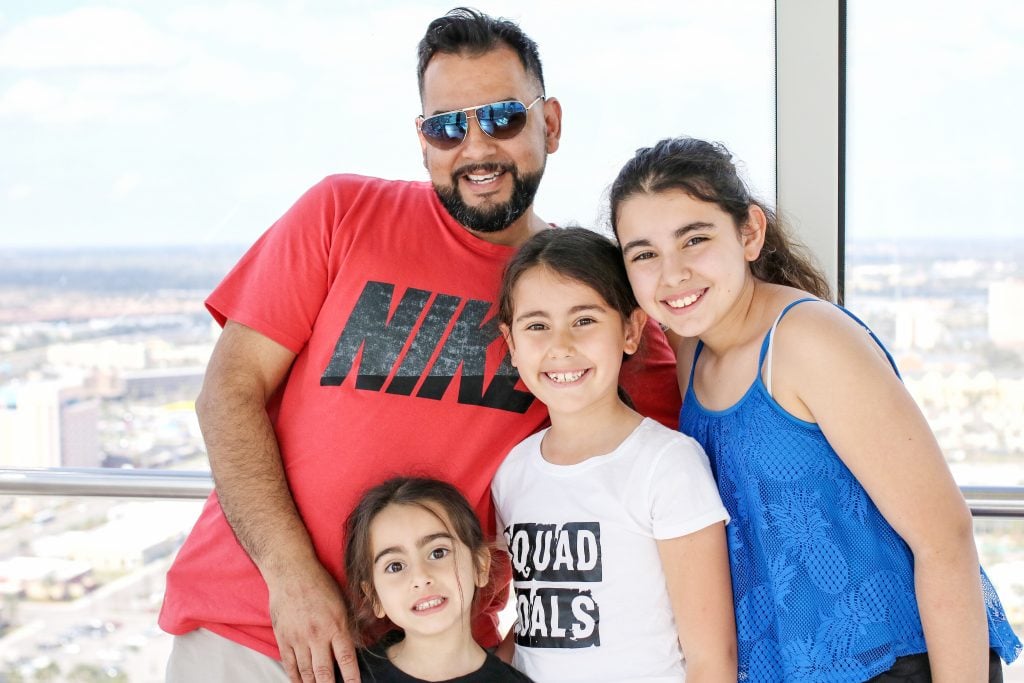 The view was amazing.  I lived in Orlando for a couple of years during college (go Knights!) and I know what a great city it is but I never saw it from this height.  It was absolutely breathtaking.  The girls took turns pointing out things that they could see and were extra excited that they were able to see Universal Studios.  The sky was clear and the more we were in there, the more I relaxed.  I took tons of pictures, much more than I could ever share on here but each one was like a small triumph for me because it meant that it was another minute that I was conquering my fear. 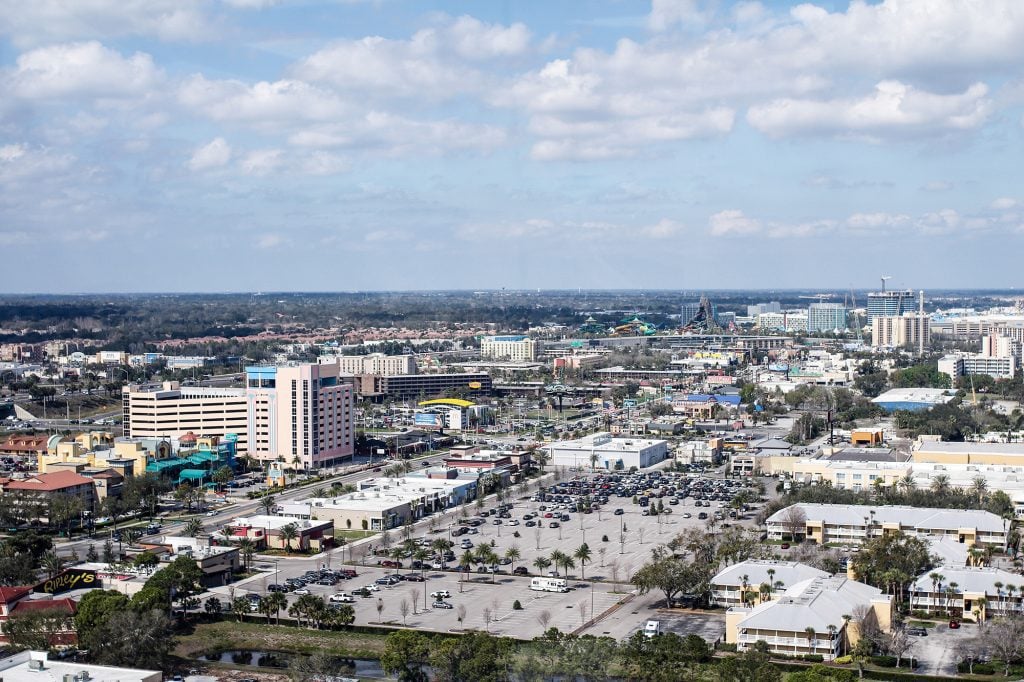 I even jumped into some of the pictures (which is crazy rare).  My husband wound up snapping this shot of me and the girls.  My hair wasn’t done, I had no makeup on, but it’s a picture of me and my daughters just minutes after I had a full fledge panic attack.  To me, this picture symbolizes so much more.  It was a vulnerable moment where my kids saw that although I was battling something, I didn’t let it get the best of me.  It was the moment that I came up with my new motto… 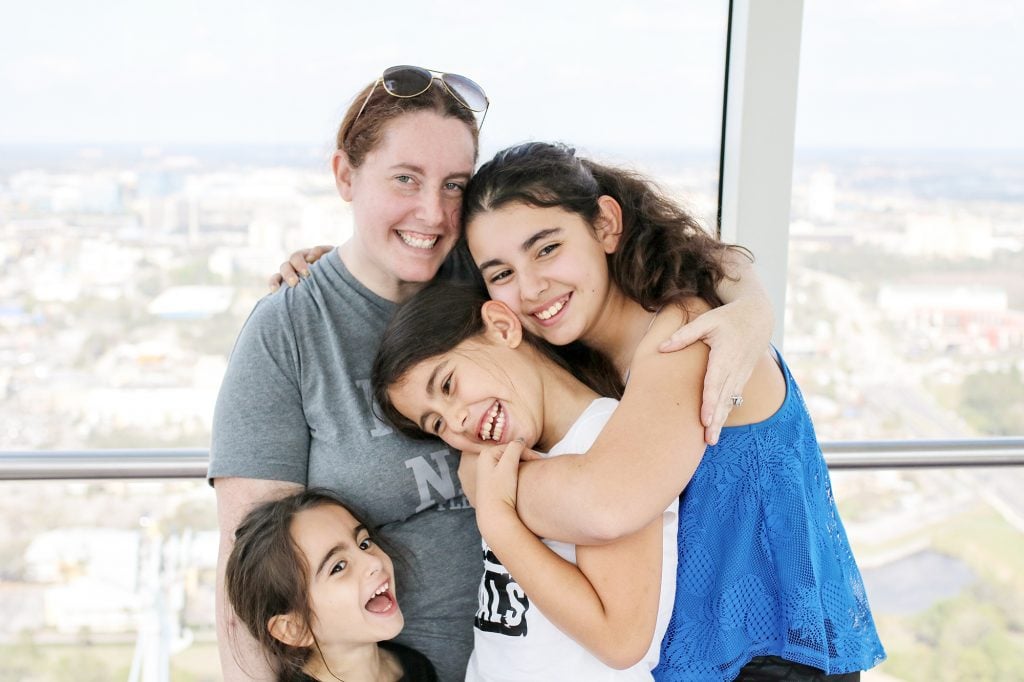 As we got off of the capsule, I felt like I could conquer the world.  It really set the tone for the rest of our trip.  I knew that if I could get past that one moment, I wouldn’t have to sacrifice having fun with my family on our trip, or on any future adventures.   We were presented with the option to purchase a book with pictures that they had taken of us on our way into the attraction.  I didn’t hesitate. I wanted to remember this particular moment forever… the anticipation, the fear and especially the pride. 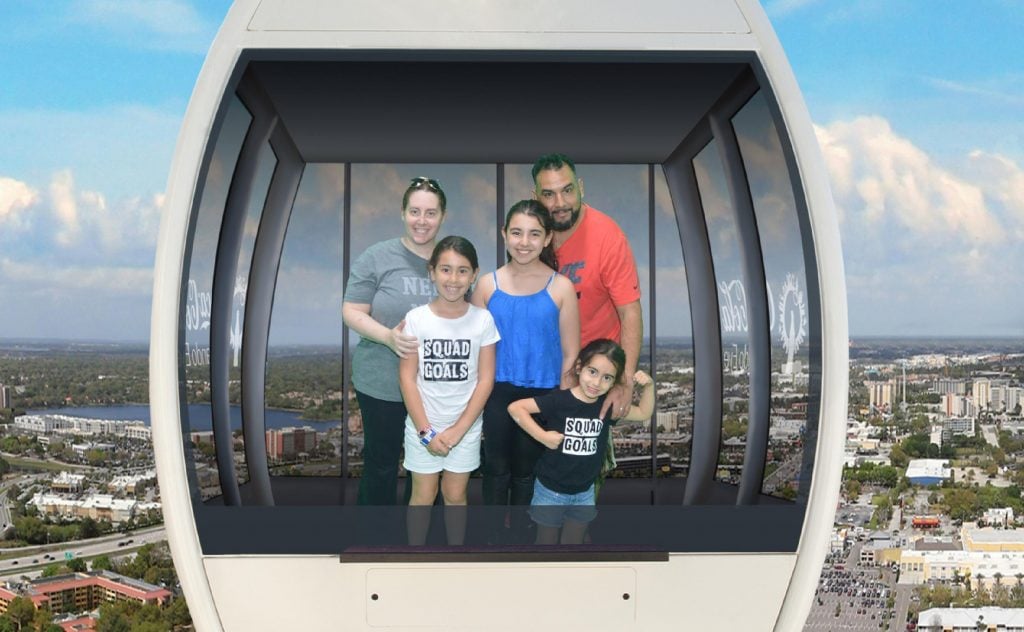 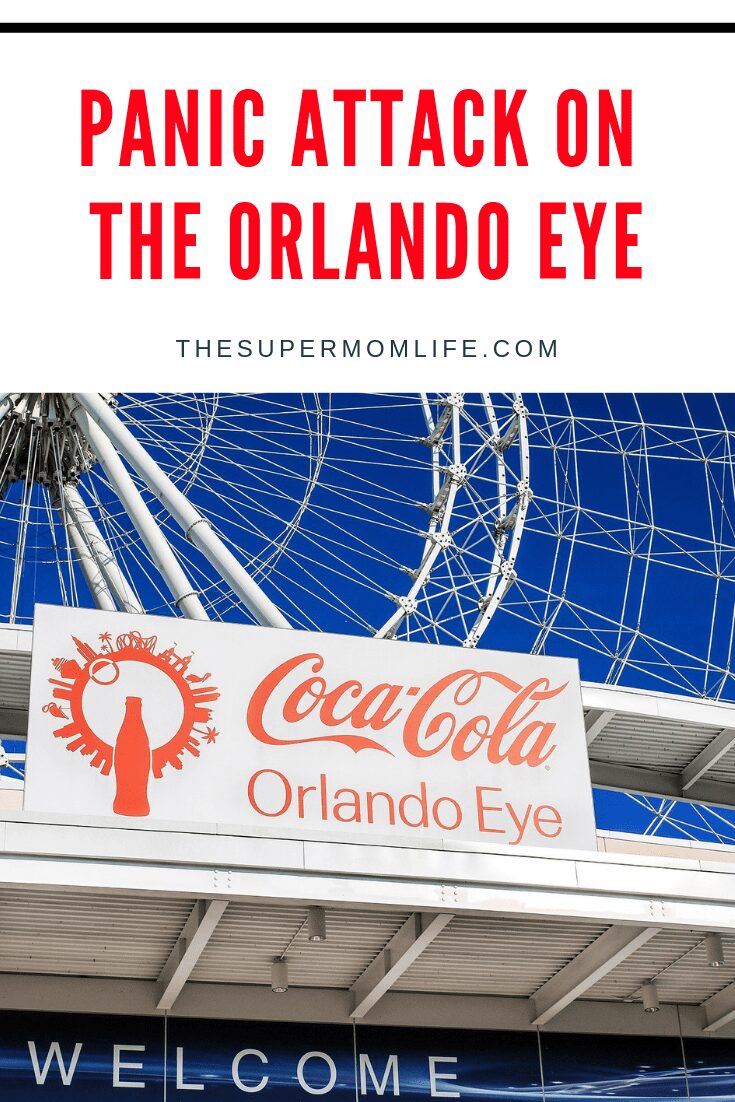