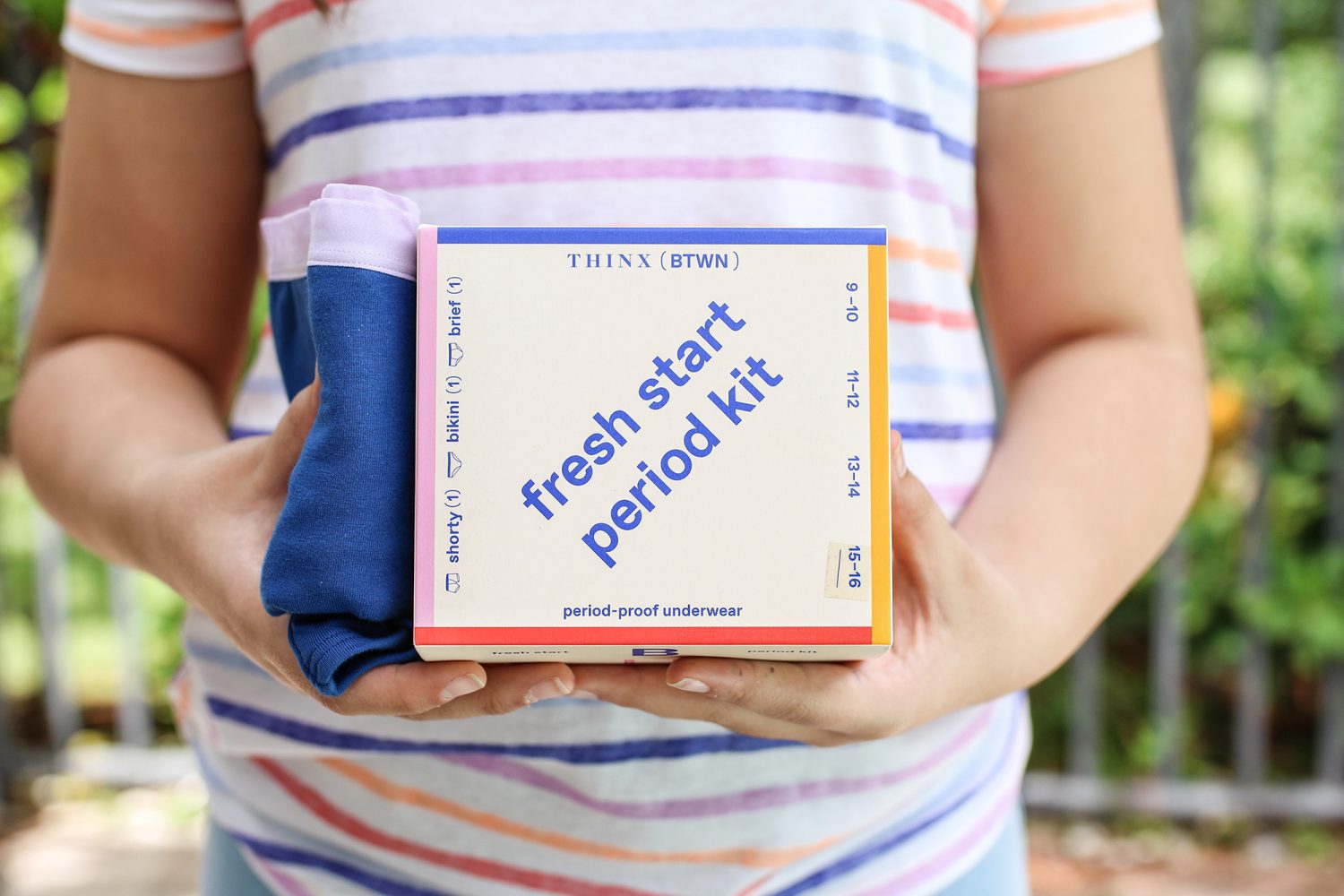 I’m about to take you back to a time you’d probably prefer to forget. You may have been feeling a little uncomfortable with the changes your body was going through. You may or may not have had someone to talk to about it. They may have had a class in school that explained it to you but if you’re anything like me, you probably didn’t understand exactly why it was happening or about to happen to you.  You may have been told that you were now a woman, though you still felt a whole lot like a kid.

It was 5thgrade. My best friend was wearing light khaki pants and we were sitting in English class. When she stood up to walk to our next class and I noticed something on the back of her pants. I was only 10 and had no idea what was wrong. In fact, I thought that she hurt herself. I immediately told her and her face turned a bright shade of pink and she ran to the bathroom and I didn’t see her for the rest of the day. When I called her later that night, she explained to me what happened. It was the first time I had ever heard about a period (at least that I can remember).  I was terrified. For the next two and a half years, I found myself going to the bathroom regularly at school, just in case. 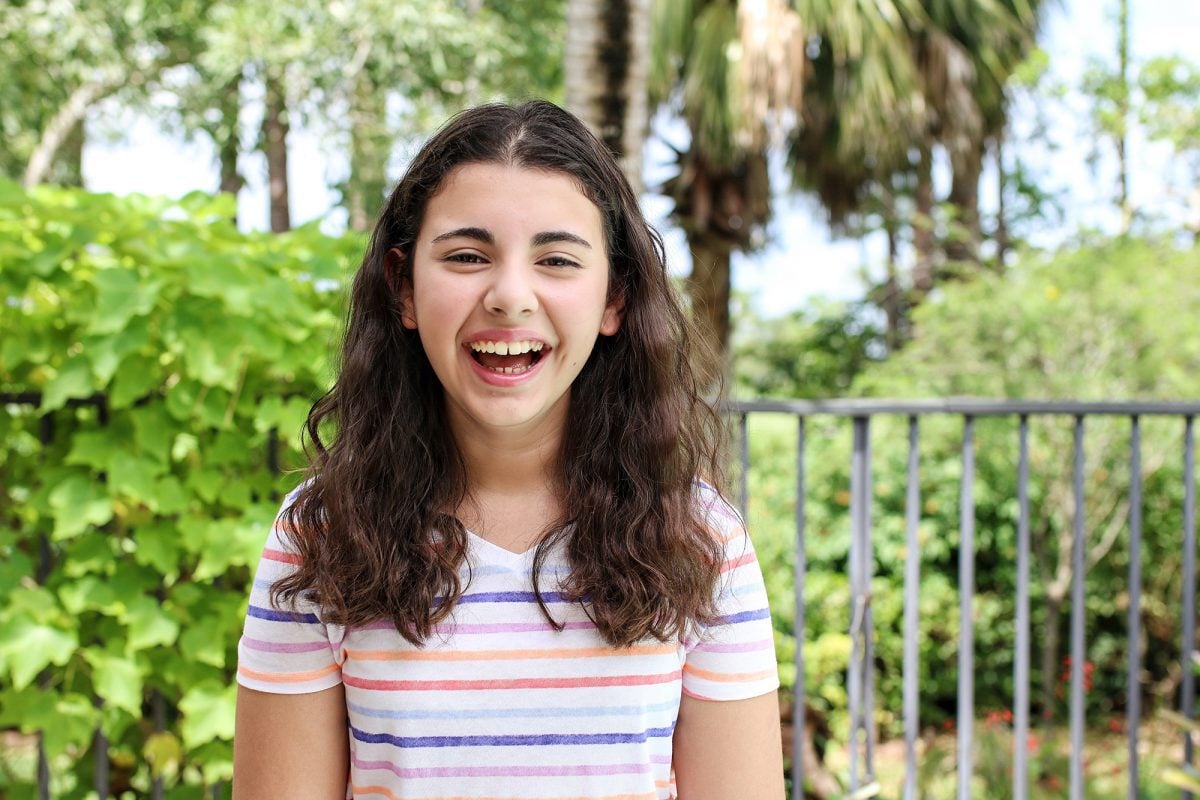 Having That Talk with My Daughter Was Uncomfortable… Period.

When my oldest daughter started Middle School last year, I decided it was probably time to talk to her about what she had to look forward to. There were a lot of questions and even more giggles.  As uncomfortable as it was, she knew a lot more about it than I thought she would. But most of her questions were not about why it happens or what happens, but more about what she needs for that time of the month and how she can avoid what my best friend had to go through.

I began explaining the difference between a maxi pad and a tampon (more giggles). And then I told her that she was lucky because now they have period-proof underwear too. They would have come in handy for those two + years when I was terrified my period was going to show up at school. There is something about the idea of them that reminds me of a security blanket. A “just in case” the other option doesn’t do its job. When you’re a teenager, that makes things a lot less scary.

Growing up is scary enough. In Middle School, my daughter and her friends are dealing with fitting in, juggling their busy schedules and figuring out why boys suddenly seem cuter than they used to. THINX, a brand that’s been trusted since January of 2014, just launched THINX (BTWN), a new line of period-proof underwear to help the next gen #periodbetter. If you could take away one of the things that makes being a teen so overwhelming, wouldn’t you want to? 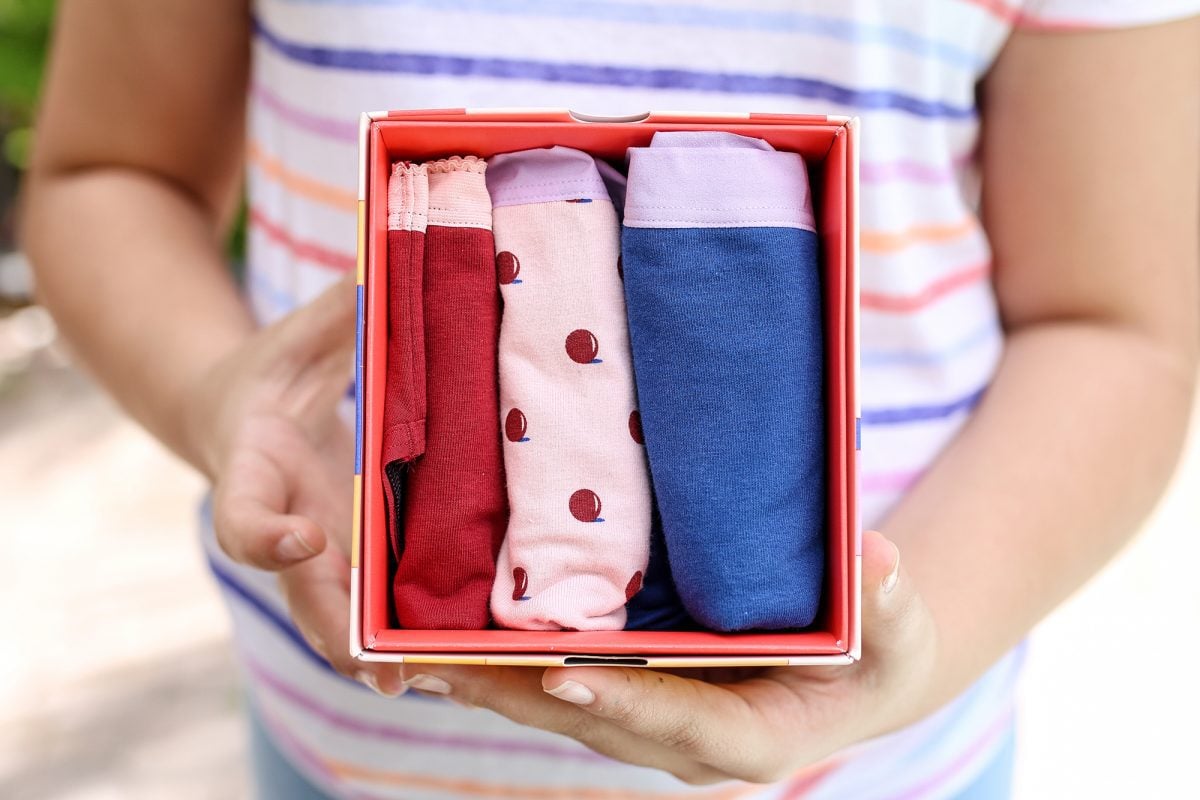 When her fresh start period kit arrived, my daughter was pleasantly surprised that they were cute. I’m not sure what she was expecting. They come in different styles: shorty, bikini or brief and in a variety of colors and sizes, from youth 9-10 to youth 15-16. They don’t feel bulky like you would imagine they do. And they’re actually bloody comfortable. Yep. I went there.

THINX (BTWN)are made with 4-layer period proof tech to stop leaks, stains, and period surprises. Early periods can be unpredictable and everyone needs a little time to understand their changing body. With THINX (BTWN), young people with periods can live their lives without worrying about leaks (like my best friend had to deal with). 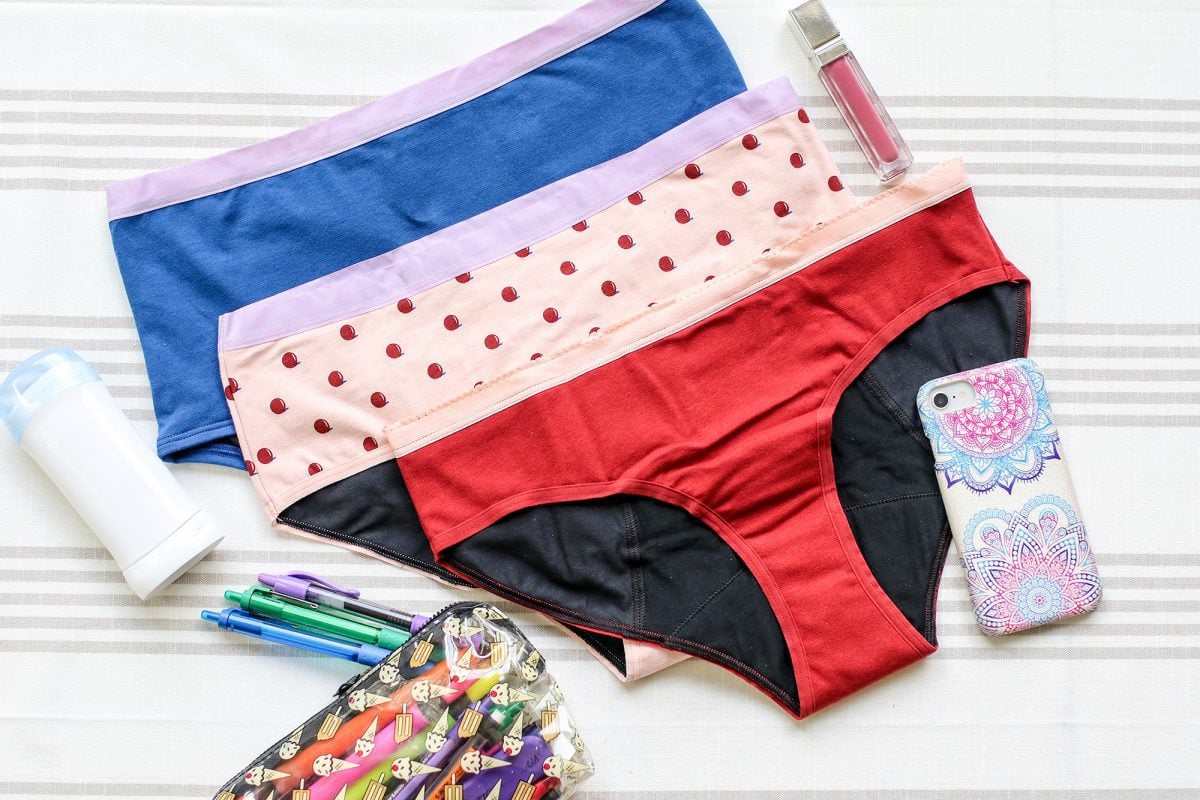 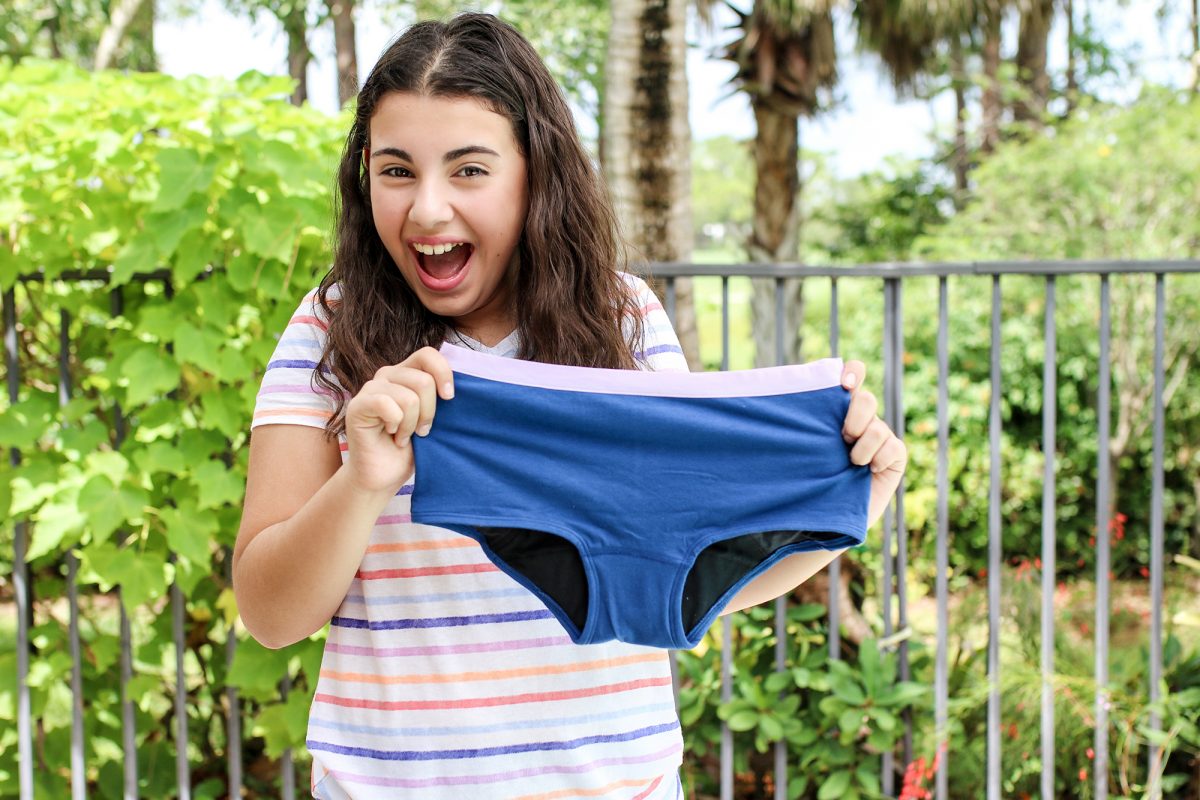 But Do They Work?

So you’re probably wondering how well they work, right? According to THINX, you can wear them as a replacement or back-up to traditional period products. Depending on your flow (light, medium, heavy), their period-proof undies can replace pads, liners, and tampons, or be worn with tampons or cups for extra protection. So they are like regular underwear, but so much better.

Once you get past the “ew” of it all (and if you’re anything like me, that might have been your first thought), think of them like cloth diapers. THINX are washable, reusable and simple to care for. Just rinse them, wash with the rest of your laundry (minus the bleach and fabric softener) and voila, good as new! Just think about how much better they are for the environment! Because they’re made with no single-use plastic and can last up to 2 years, they’re a sustainable alternative to the millions of disposable period products that end up in landfills every single year. So, we’re protecting our girls and our planet with one awesome product! 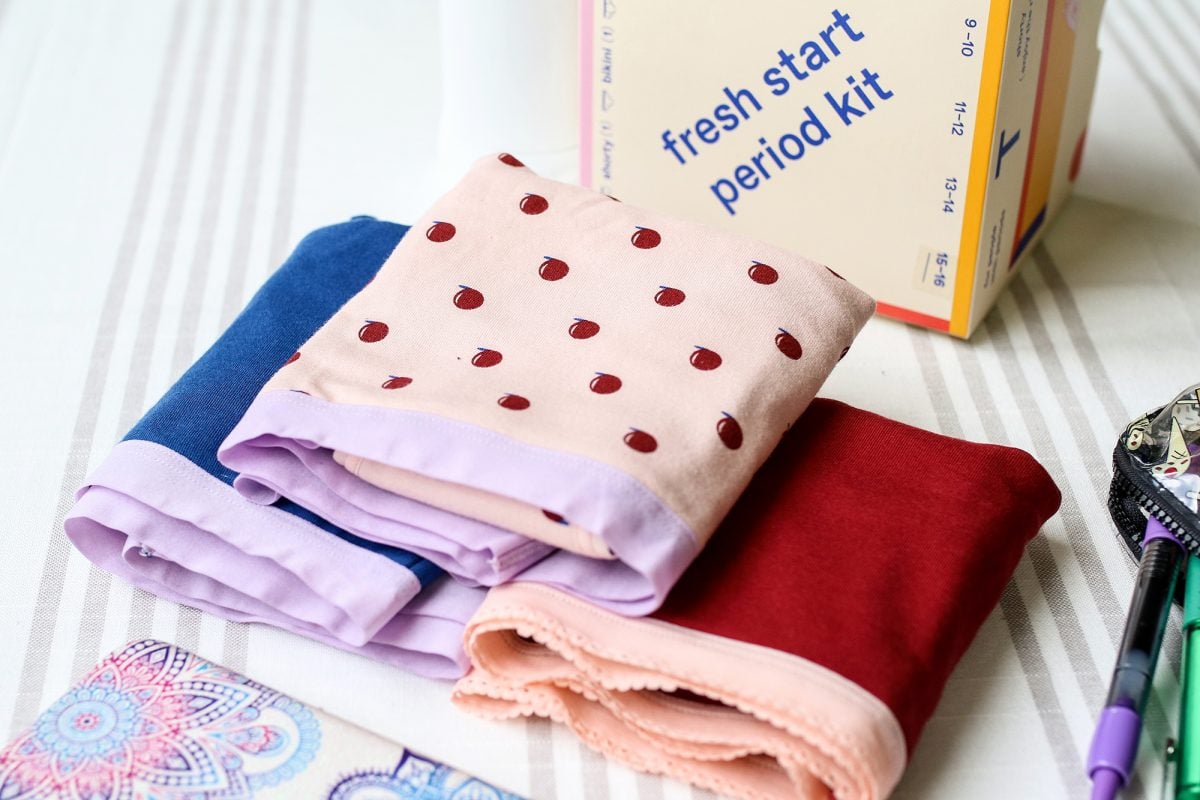 What my daughter and I like best about THINX (BTWN)is that there’s nothing complicated about them. They are just like regular underwear, so she doesn’t have to “learn” to use them. She can wear whatever she wants (even leggings) and doesn’t have to worry about people knowing what time of the month it is. And for a girl that’s going through enough changes, that’s something to make life a little less scary.

Ready to try them? Use code SUPERMOM5for $5 off! 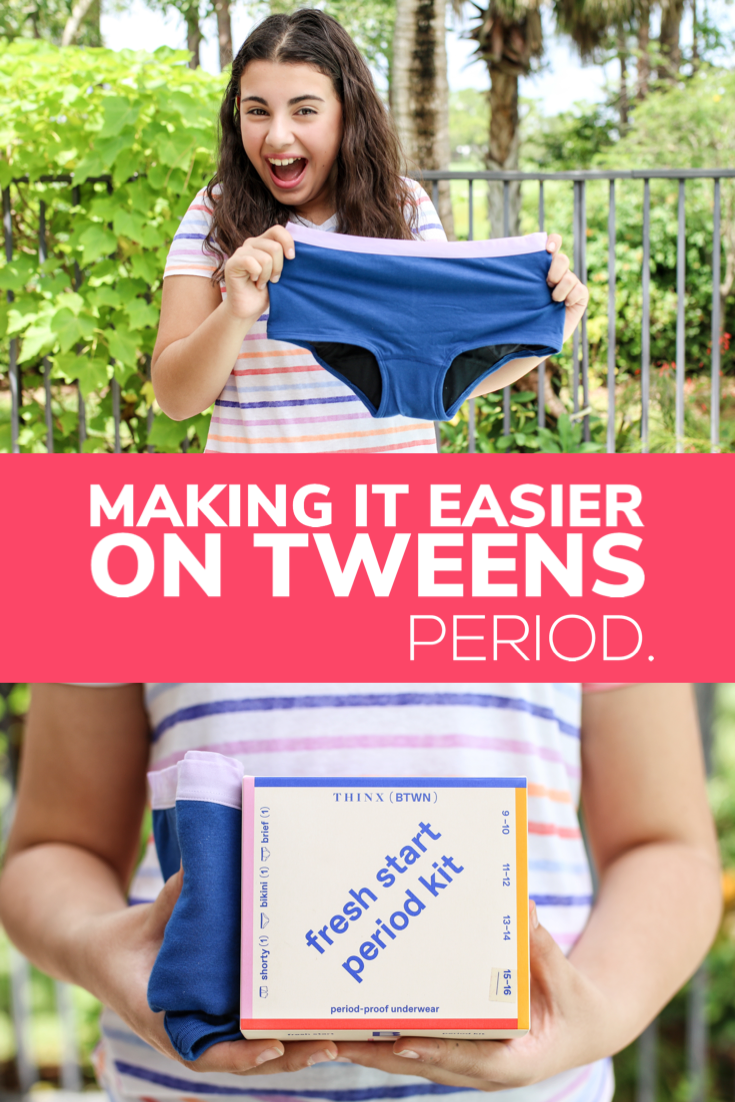 This post is sponsored by THINX (BTWN). All opinions are my own.