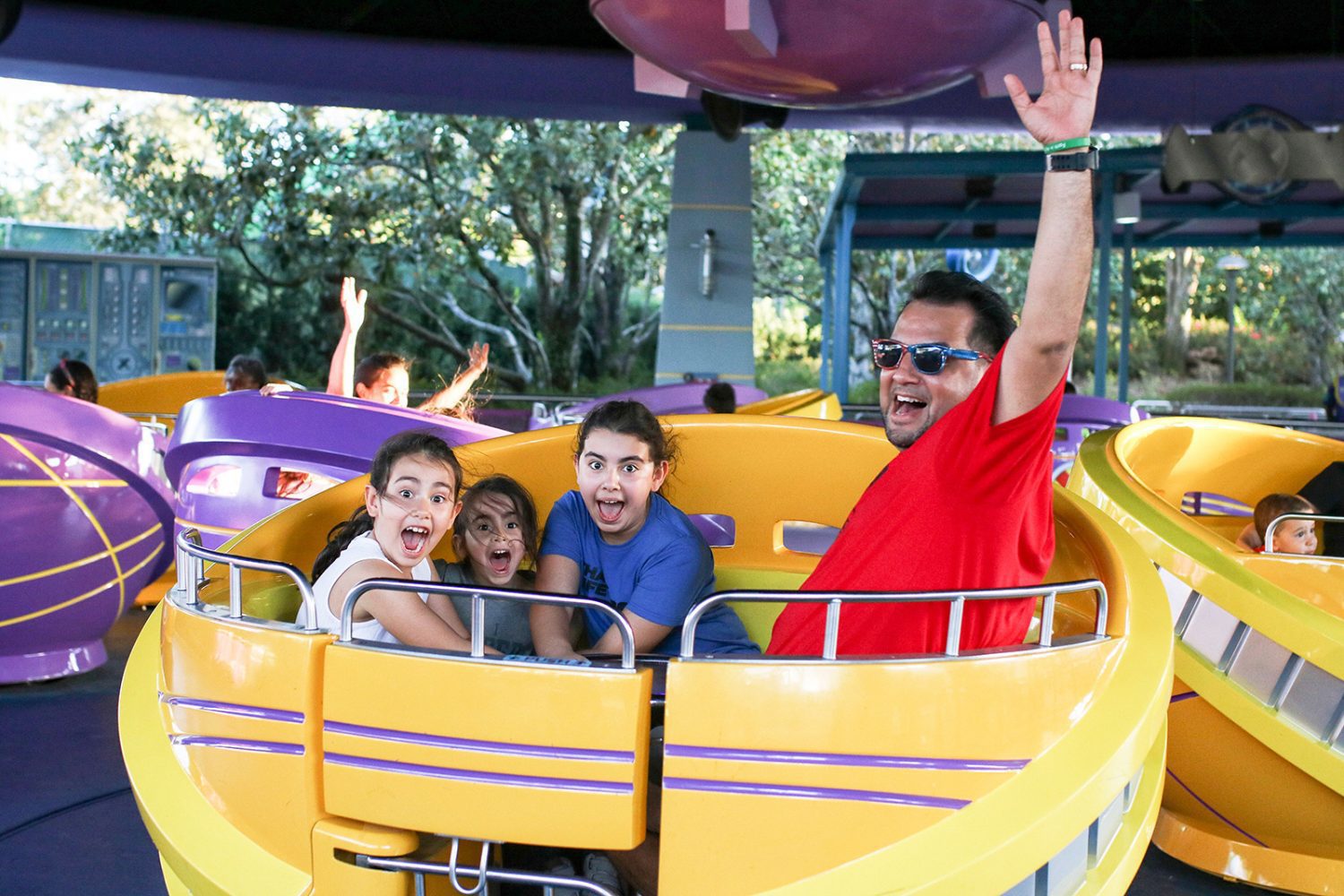 It’s been about 3 years since our family had a real vacation and this year, since it was a milestone birthday for both myself and Falynn, I knew that we had to plan something extra special.  I wanted to choose a destination that would be fun for the kids as well as for my husband and I. It wasn’t a hard decision.  In fact, I knew immediately where I wanted us to go… Universal Orlando Resort!

Where else can you go and have a blast at any age?! It had been YEARS since I was at Universal Orlando Resort and my husband had never been.  In fact, the only one in our family that had been recently, is my oldest daughter. For more than 25 years, Universal Orlando Resort has created epic vacations for the entire family with incredible experiences that place guests in the heart of powerful stories and adventures.  I just knew that this adventure would be one my family would remember for years to come.

It was our decision not to tell the girls.  Instead, we let them believe that we were going to the beach. While they were excited, I knew that nothing could prepare them for what was about to take place.  Not telling them for weeks was the hardest thing I’ve ever had to keep to myself, but it was worth it when I saw the looks on their faces when we finally spilled the beans…

I’m not sure I’ve seen that level of excitement on their faces in a really long time.  And that was just the beginning.  We had planned an incredible three day vacation that would be packed full of fun.

We chose to stay at the Universal’s Cabana Bay Beach Resort. I’ll have to share that experience in it’s own post, but in one word… AMAZING!   There is nothing more convenient than walking downstairs and onto a bus that takes you to Universal Orlando Resort in just minutes.  No parking.  No wait.  You just get off of the bus, take the elevator up and walk over to the parks. 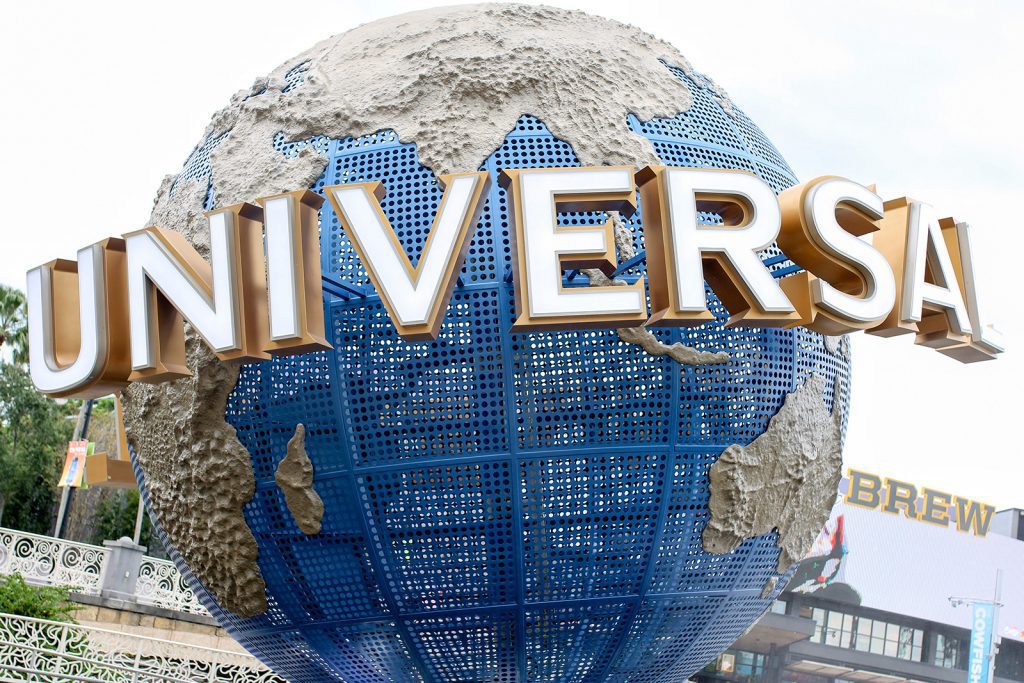 We got to the park about 30 minutes before it opened.  They do offer the guests of the Universal Orlando Resort hotels access to Universal’s Islands of Adventure one hour before the general public; however, we decided to head to Universal Studios Florida first because I had always been under the impression that Universal’s Islands of Adventure was more for the older kids and adults (boy was I wrong… but more of that in my next post). 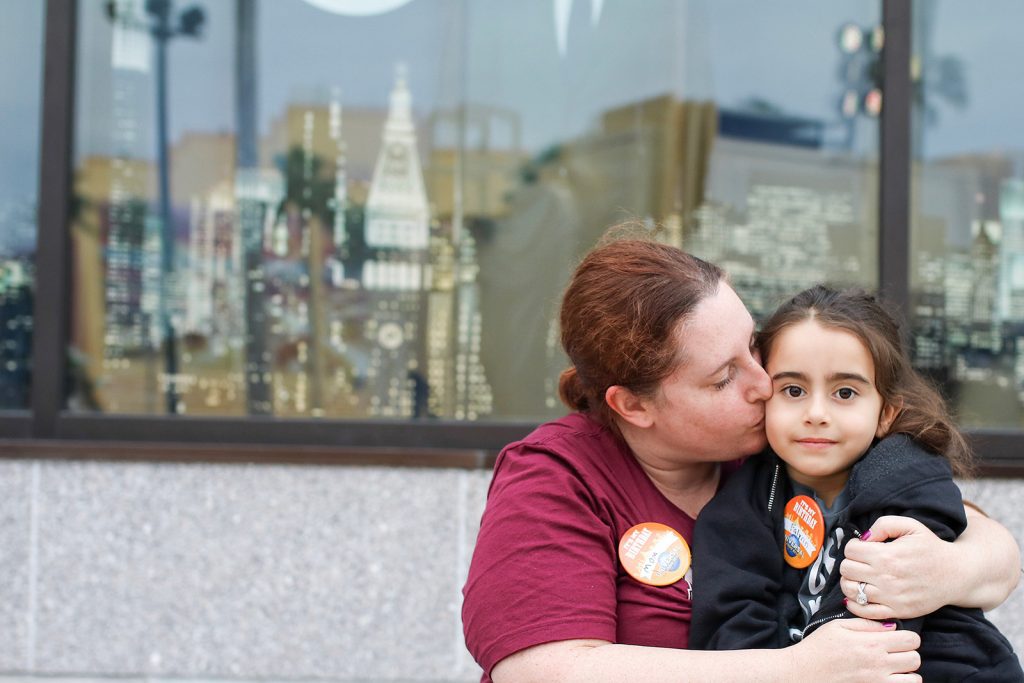 Falynn and I had our birthday pins on and every Universal Orlando Resort employee wished us each a happy birthday as we passed by, throughout the day. It was magical and made us feel so special. They even serenaded a few guests at the gate as soon as they noticed their birthday pins.

The girls had a list of rides they HAD to go on and thanks to Universal Orlando Resort, we were given Express passes which allowed us to skip the long lines.  I will never visit a park without an Express pass… ever!  We’re totally spoiled and had so much more time to enjoy the park and our time together without the long wait times.

Thanks to our Express passes, we were able to ride all of the rides on their list.  At the top of the list was Race Through New York Starring Jimmy Fallon.  Guests enjoy the full “Tonight Show” experience as they’re transported to Studio 6B to race against Jimmy Fallon in a crazy adventure that only he could imagine. It was exciting and funny and so good they made us go on multiple times.  It was definitely better than I could have imagined it would be.  They even had a great little show while you waited for your color to be called.

Not only were there so many rides, but this little spot in Krustyland that resembles a fair.  The girls each won a little plush toy and had a little break from the rides. It was magical. 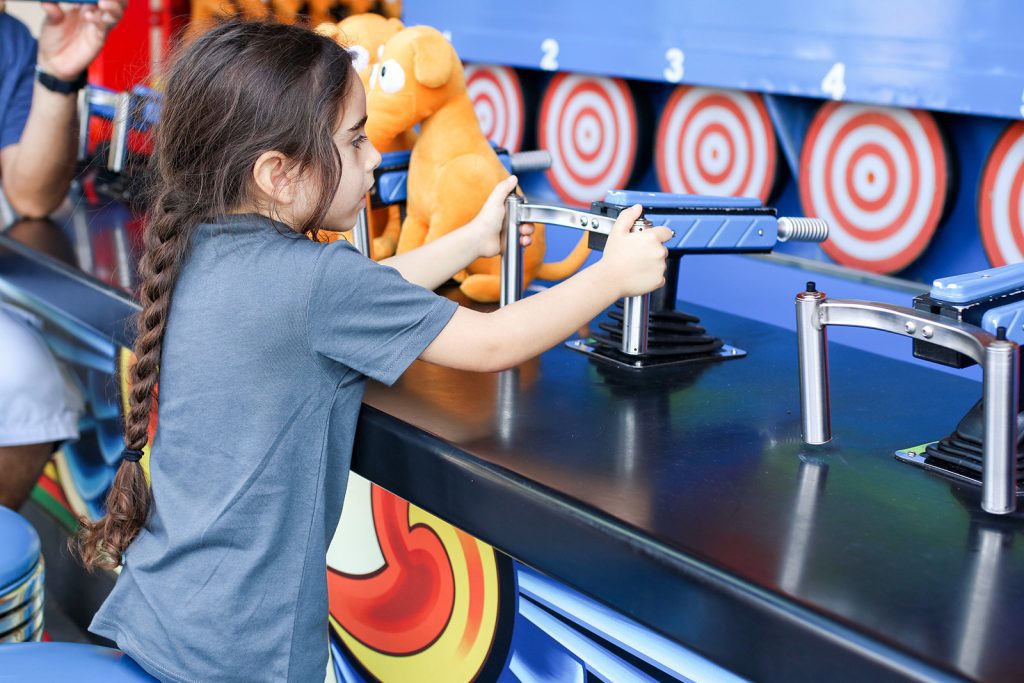 While we weren’t planning on waiting in line to meet characters, we ended up meeting Shrek and Donkey, Krusty the Clown and Side Show Bob and a few others.  The girls were totally star struck when they saw their favorite characters. I loved that Donkey actually spoke to the girls and interacted with them.  He had them laughing the entire time. 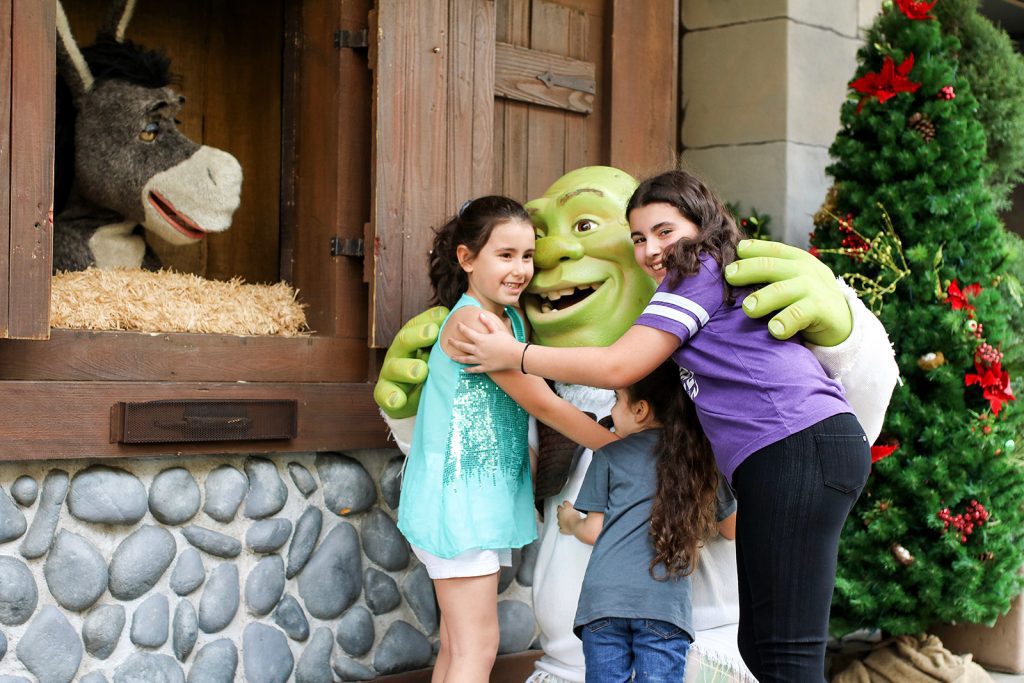 It happened to be the perfect time of the year to visit Universal Orlando Resort. Where else can you see the Minions join Santa Claus in the all-new Universal’s Holiday Parade featuring Macy’s?  What a fun and festive parade!  Watching Falynn sit on her Daddy’s shoulders and point out every character and huge balloon was priceless.  I’ll never forget the look on her face.

As we returned to the hotel that night, we went over every detail, taking about our favorite parts of the day. We couldn’t imagine that Day 2 could be any better… but check out what we thought of Universal’s Islands of Adventure in our follow up post.

While this post is sponsored by Universal Orlando Resort and we were given free admission in exchange for our review, the content and opinions expressed here are all my own.