After an incredible day 1 at Universal Orlando Resort, we woke up on day two, well-rested and excited to head to Universal’s Islands of Adventure.  I had always been under the impression that because of the number of roller coasters, that it was a theme park more suitable for older kids and adults but I’m not afraid to admit when I’m wrong… and BOY was I wrong! If I’m being completely honest, I think we enjoyed Universal’s Islands of Adventure the most out of both parks.

Walking into Universal’s Islands of Adventure, you’re immediately transported into a new world.  The buildings, the props… they are all incredible.  We tried to plan out our day to make sure we got to experience every attraction.  There was really so much to do, so much to see but we had no idea we would have experiences that our family would never forget, including Falynn playing an instrument with The Whos:

We started out our day in Seuss Landing.  It was like a dream for all of us. Imagine walking into an entire area filled with characters from your favorite Dr. Seuss books. There were so many bright colors, characters walking around, music and stories being read.  Falynn immediately noticed the The High in the Sky Seuss Trolley Train Ride!™ and couldn’t wait to get on, allowing her to see the entire area from up above and point out every attraction she knew she wouldn’t want to miss. 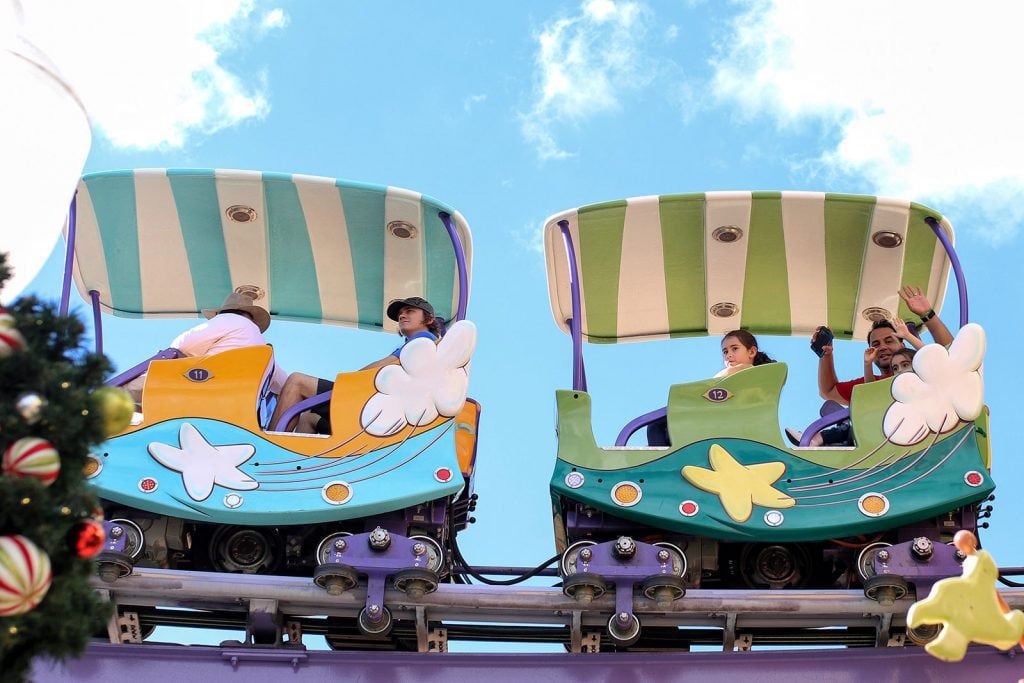 Once they got off of the trolley, they were able to meet some of their favorite Dr. Seuss characters and Falynn even got a birthday present from Sam I Am… a plastic spoon!  And if I tell you that she cherished that spoon, it would be an understatement. She literally carried it around the park all day long and told everyone that would listen, all about it.  The girls were super excited to meet and speak to The Grinch, who was just as lovely as they thought he would be. 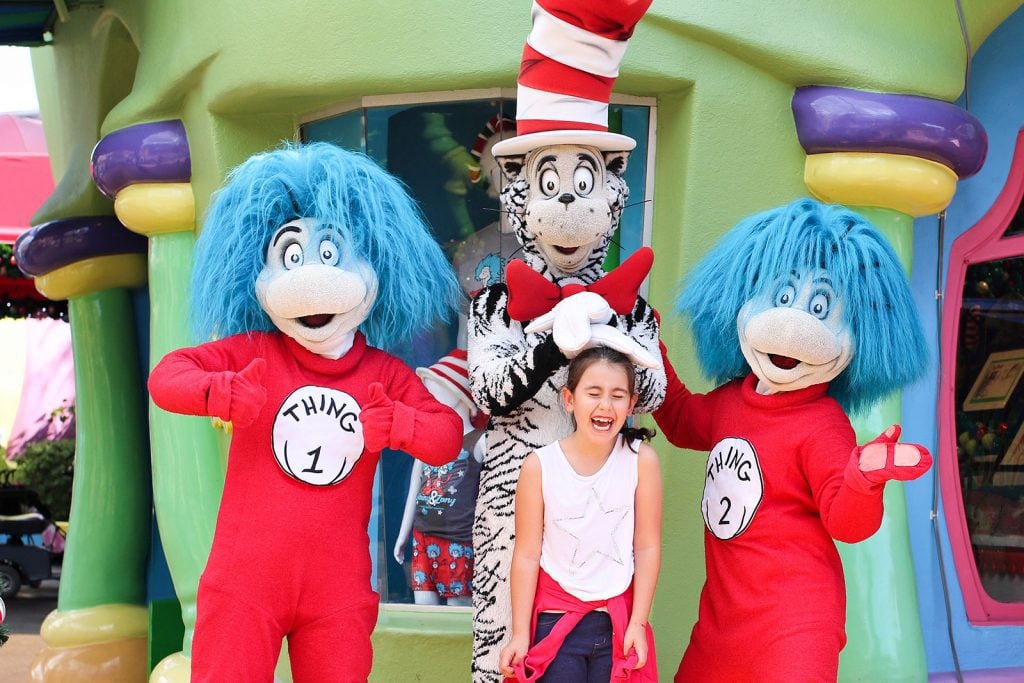 Amongst their favorites, was of course, Thing 1 and Thing 2.  They even got to participate in a little story time with them.  Thing 2 sat next to Falynn the entire time and they looked like they were becoming besties.  Thing 2 even leaned over to tie her shoe for her.  It was such a fun thing for me, as her Mama to watch her enjoy ever moment.  Daddy even got in on the fun and tried to steal the show. He almost succeeded. 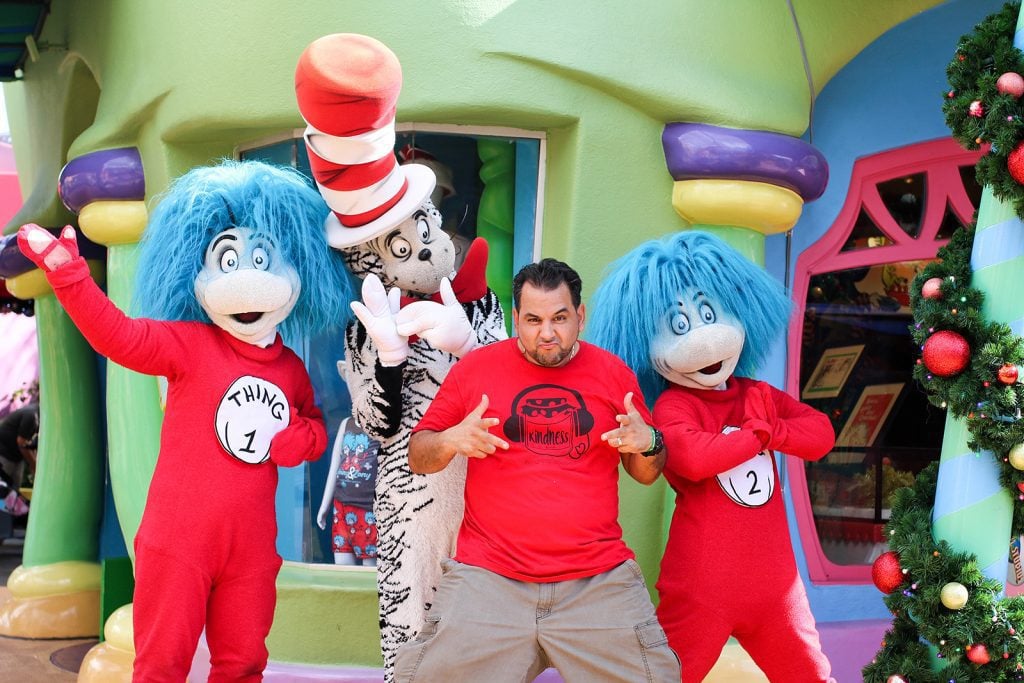 I was shocked at the number of rides Falynn went on at Universal’s Islands of Adventure.  She was so brave and walked up to each ride proudly, with her head up and got super excited when they told her she was tall enough to ride.  There was absolutely no fear.  She was proving to us all that although she’s the baby in the family, she’s a big girl now, taking on some of the rides even her big sisters refused to go on!

One of the rides she mastered was Jurassic Park River Adventure™. This scenic water cruise starts out innocently enough. You’re gliding along in your raft, watching a baby stegosaurus and its mother share a moment. When out of nowhere, you’re bumped off course and thrust into the ominous “restricted area” of Jurassic Park™. This is where they keep the other creatures. The dangerous ones. Suddenly, a T. rex stands before you. There’s nowhere to turn. Your only possible escape from his razor sharp teeth is to take the pitch-black plunge before you. Did I mention it’s an 85-foot drop? And my kids LOVED it!

One of my favorite parts of Universal’s Islands of Adventure was the comic area.  There were instant flashes of my childhood, going outside, in my pajamas, to get the newspaper, looking for the Sunday comics and reading them with my grandparents.  I especially loved the little areas they created specifically for photo opps.  While my kids had no idea who any of these comics were, they definitely thought it was a fun area.

I would have to say the highlight of the day was when Daddy decided he was going to take on The Incredible Hulk Coaster® all by himself.  While Falynn was up for the challenge, she wasn’t tall enough, so the girls and I waited nearby to watch him ride a roller coaster for the first time in almost 12 years.  When we saw his red shirt, I grabbed my camera and captured this photo while my oldest yelled, “He’s the only one with his hands up! Daddy is awesome!” He totally scored some cool points with the girls and walked off of that ride with a huge smile on his face. He would have walked right back into the line if we let him. But we had to get to The Wizarding World of Harry Potter™.

The Wizarding World of Harry Potter

Now, let me be honest… I’m not a huge Harry Potter fan. I know, I know. While I saw at least two of the movies, I never really got into the hype. Watching so many people, young and old, walk around the park in their cloaks and carrying their wands, made me want to run home and give it one more try.  Lucia was extra excited about this area and so we had to make sure we dedicated time to it.  While Daddy and the younger girls headed to Flight of the Hippogriff™, I accompanied Lucia on Harry Potter and the Forbidden Journey™.

I honestly had no idea what I was in for. I didn’t ask any questions because if my 12 year old liked it, chances are I would too… and then I realized we almost went upside down and well, I learned my lesson. Always ask questions before you go on any ride.  This motion simulation allows you to soar above the castle grounds as you join Harry Potter™ and his friends on an unforgettably thrilling adventure, coming face-to-face with an array of magical creatures. This amazing attraction uses groundbreaking, state-of-the-art technology (and a little magic) to create a one-of-a-kind ride. And while I probably wouldn’t have gone on, had I known that you almost go upside down, I’m over the moon that I did. It was an experience I will never forget. 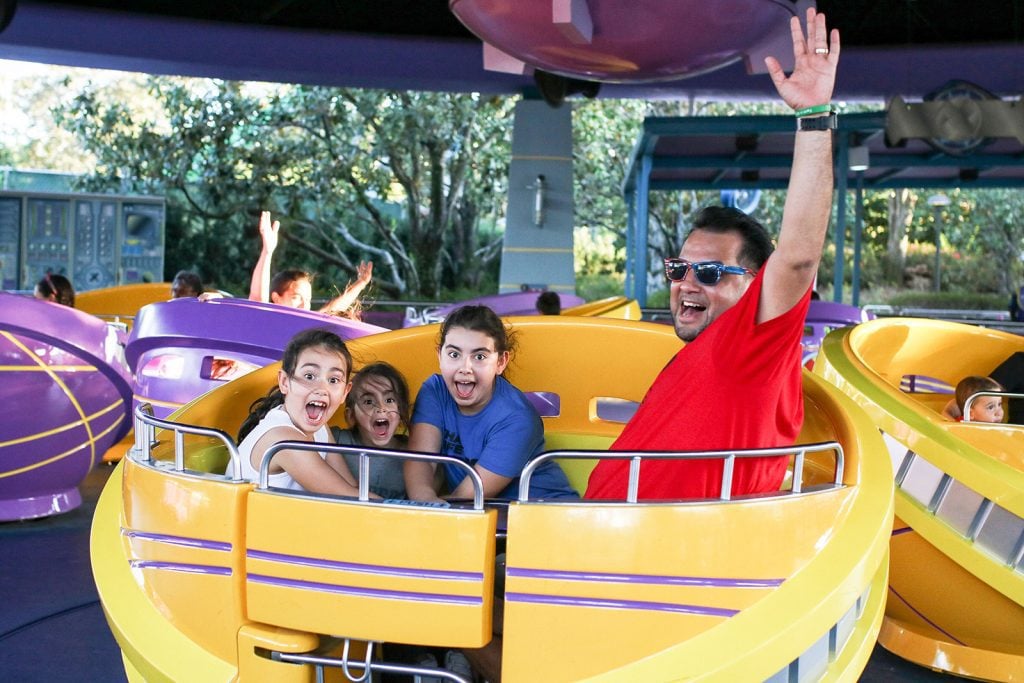 While Day 2  at Universal’s Islands of Adventure was absolutely amazing, we were sad to see the fun come to an end.  We headed back to our hotel, Universal’s Cabana Bay Beach Resort and to Galaxy Bowl (a bowling alley/restaurant inside the hotel), for the best ending to the best day.

While this post is sponsored by Universal Orlando Resort and we were given free admission in exchange for our review, the content and opinions expressed here are all my own.

Everything You Need for Dog Travel

THINGS TO DO IN FLORIDA {SERIES} – Lion Country Safari