There was a point in my life where I had no idea what a migraine was or how it felt to have one. I had family members and friends who suffered from them and told me how horrible they were, but I couldn’t sympathize with them because I had no idea what they were feeling.  And then I got pregnant.  It’s like I became a Mom and the ailment fairy dropped a bunch of beautifully wrapped packages at my door, one containing all the migraines I could handle.

What is a Migraine?

According to the Migraine Research Foundation, just about everyone has headaches. But contrary to popular belief, migraine is not just a bad headache. It’s an extremely incapacitating collection of neurological symptoms that usually includes a severe throbbing recurring pain on one side of the head. However, in 1/3 of migraine attacks, both sides are affected. Attacks last between 4 and 72 hours and are often accompanied by one or more of the following disabling symptoms: visual disturbances, nausea, vomiting, dizziness, extreme sensitivity to sound, light, touch and smell, and tingling or numbness in the extremities or face. Of course, everyone is different, and symptoms vary by person and sometimes by attack.

I remember that first migraine like it was yesterday. I was sure it was just a headache but it got worse as the time went on. Noise bothered me. Light was unbearable.  I just wanted to hide under my covers and fall asleep. It was like nothing I had ever felt. It took my entire day away from me.  I couldn’t work. I couldn’t eat.  It completely debilitated me.

How Do You Get Relief?

Someone on social media suggested freezing the migraine, so I bought an ice pack and placed it directly on my forehead. I even tried to eat a popsicle really quickly to give myself brain freeze.  I had my kids or my husband rub my temples.  While both offered a small amount of comfort, neither provided long term relief. Aspirin didn’t help. The other over the counter meds had too much caffeine, so I couldn’t sleep.  I drank more water. I tried peppermint essential oils.  I even got blood tests to make sure it wasn’t something more serious. You name it, I tried it.  And still, at the worst times, a migraine would show up and ruin my entire day.

I considered asking my doctor for some sort of medication, but knowing that there is a risk that they can lead to substance abuse and dependence, I was determined to find another option.

Internet searches brought up a lot of the same suggestions including: 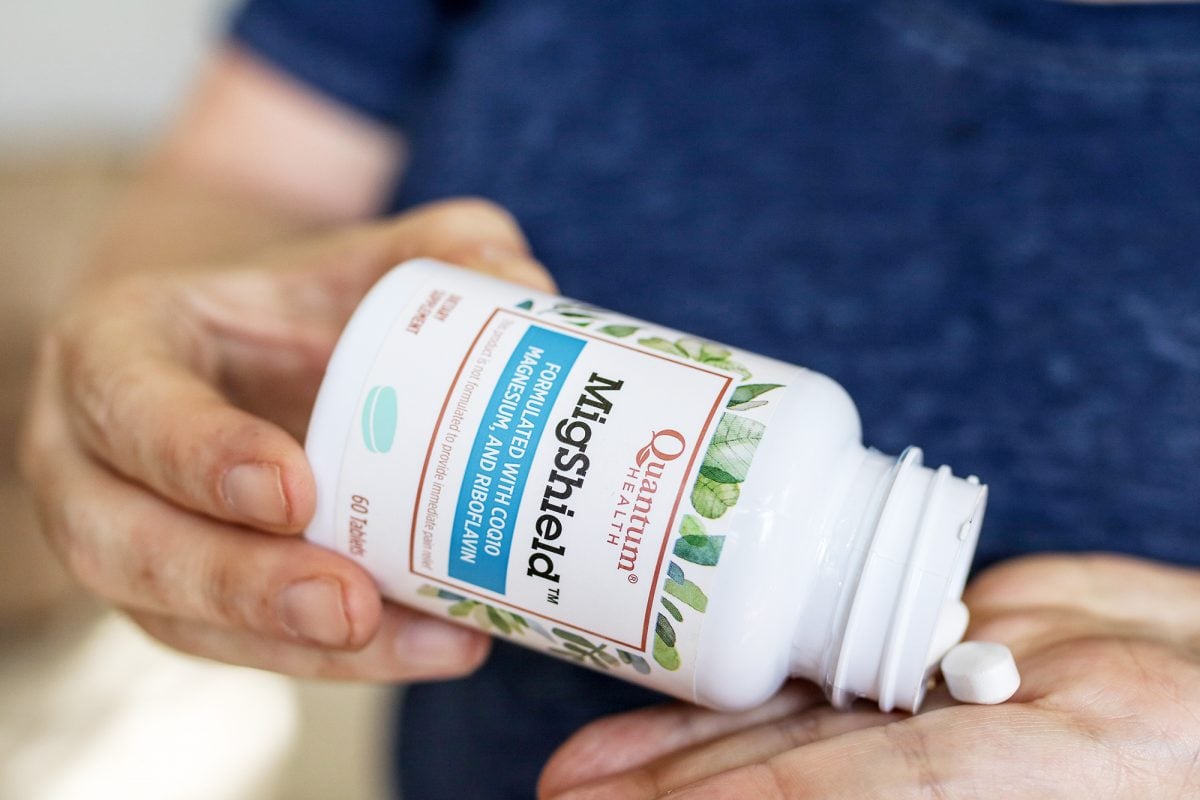 In May, I got an email asking if I’d like to try a new natural solution to migraines from Quantum Health. [amazon_textlink asin=’B0773PZQ4G’ text=’MigShield’ template=’ProductLink’ store=’us-1′ marketplace=’US’ link_id=’ad693cea-9b89-11e8-966c-edd2bd809cb5′] is formulated with CoQ10, Magnesium and Riboflavin, all critical ingredients proven to relieve migraines. I agreed to try them for 2 months because, I had pretty much exhausted all other options at that point.

So here we are, 2 months later.  I’ve only had one migraine since I started taking them which is a definite improvement over the previous 2 months.  Since they are all natural, I don’t have to worry about what I’m putting into my body and more importantly, there is no addiction risk involved. [amazon_textlink asin=’B0773PZQ4G’ text=’MigShield’ template=’ProductLink’ store=’us-1′ marketplace=’US’ link_id=’ad693cea-9b89-11e8-966c-edd2bd809cb5′] has fit in perfectly with my daily supplements and gives me hope.

Do you suffer from migraines? Comment below and let me know what you do for relief.
Pin for later >> 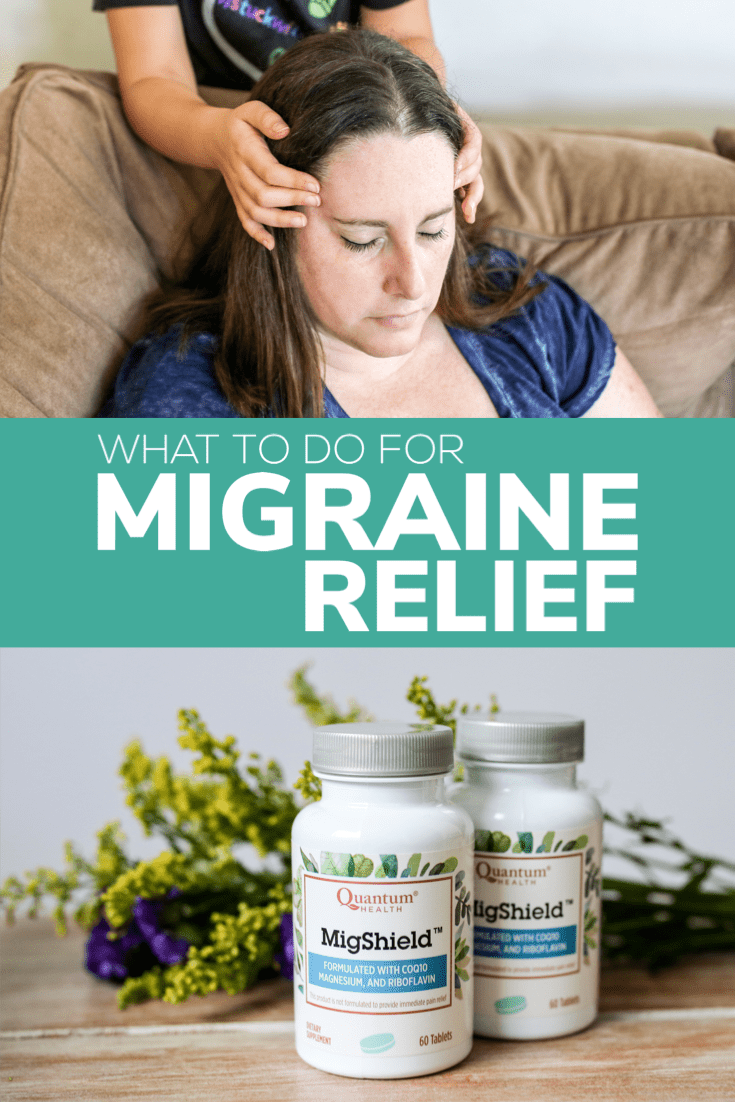 *This post is sponsored by Quantum Health but all opinions are my own.

I Made Mixed Berry Jam! You CAN too!

How I Reintroduced Meat into My Pescatarian Diet

What in the World is an Elderberry?

How We are Surviving Cold + Flu Season

5 Ways We Stay Healthy as a Family

iYURA, a Premium All-Natural Selfcare Brand from The Ayurveda Experience