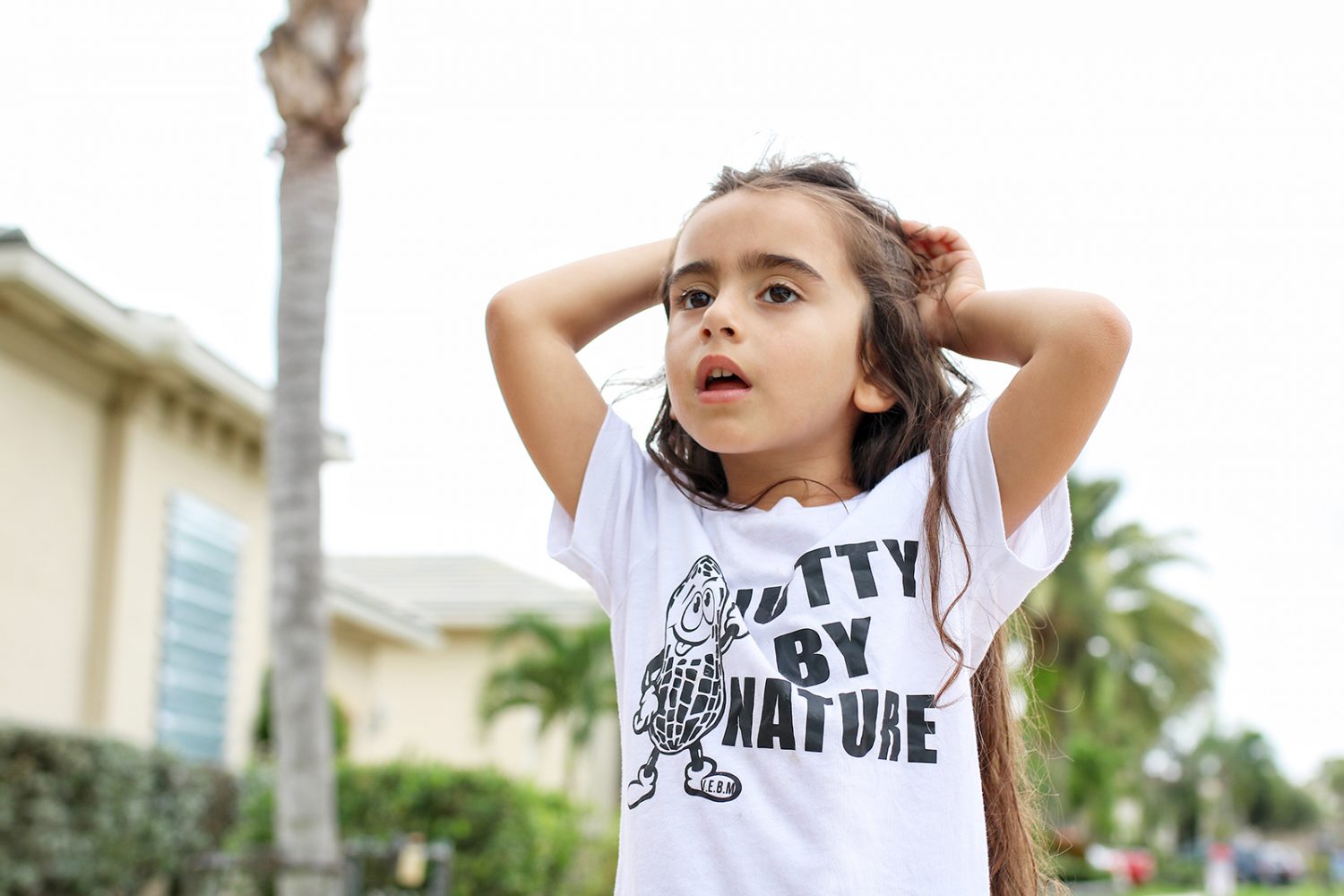 It’s been a really long week.  We prepared, we overspent on food and water to the point where our bank accounts are still in the red, we watched our friends and loved ones panic (many evacuate the state), we created a safe room in our home, we tried our best to prepare our three daughters for what was supposed to be a catastrophic hurricane… and we did a whole lotta praying!  But we didn’t fully prepare ourselves for one thing… the lessons learned.

After multiple tornado warnings and way too much time spent as a family in a walk-in closet, we waited for Hurricane Irma to pass us by.  We were sure that we were in the clear when we suddenly lost power on Sunday in the late afternoon.  The girls looked at it as a fun adventure, at least at first.  They got out the flashlights and were ready to eat all of their hurricane snacks that we had been denying them for days.  It was like camping, only indoors.  And then, about an hour in, we all started to feel the heat.  It was nearly 90 degrees outside and it was quickly feeling just as hot inside.  We did what we could to stay cool.  We sat outside in the air-conditioned car for a bit.  We splashed cold water on our faces.  We put water-soaked towels on our foreheads.  It wasn’t really too bad at first.  The kids are used to running around and getting overheated so they didn’t seem bothered by it until it was time to go to sleep.  I, on the other hand, was losing my mind almost instantly.  I tried to keep myself busy but I found myself snapping at anyone who spoke to me.  You’ve heard of people getting hangry?  Well, I get hotangry.

The following day, we drove around to see if there was any serious damage in our area and hoped to catch a Dunkin Donuts or a Starbucks open because we were already having caffeine withdrawals.  I couldn’t believe how incredibly lucky we were.  Aside from a few downed trees and loss of power, Hurricane Irma really did very minimal damage to our area.  The car radio finally gave us the ability to listen to news and we listened as they described the destruction to the islands and to the Florida Keys.  People lost their homes, their businesses and some people lost everything, including their lives.  And here we were, in our 2 year old SUV, with an almost full tank of gas, three beautiful, healthy kids and our 4 bedroom home to drive back to, looking for coffee because we had no power to make it at home.   And all I could think at that moment was how incredibly selfish we had become.

I didn’t grow up in normal circumstances.  My father left when I was 2 and my Mother did her best to provide for me as a single Mom.  I went to a private school only because my grandparents were able to pay for it and I remember always feeling as though I was the odd one out.  My friends all had big houses, lots of money, fancy cars and lavish birthday parties and I lived with my Mom in a small townhouse where we drank water out of the faucet and ate pickled veggies out of a jar.  I never had a ton of fancy clothes or jewelry like my friends and always felt like I didn’t belong.  While it wasn’t the childhood that most kids dream about, I was very loved, was raised with the right morals, had a roof over my head (two if you count my grandparents home) and I knew that when I grew up, I was going to work my butt off to give my kids all of the things I always wanted as a child but we never could afford to get. And I did, up until about 3 years ago when I left my full-time job and decided to try to make it as my own boss.  We ran through my 401k (that took me 9 years to save), in just over a year and have been struggling ever since.  We can no longer afford health insurance and there are months where we are so short on our bills that we have to borrow money.  It’s humbling and scary but here I was, the day after a hurricane with a negative bank balance, worried about when and where I would get my next large caramel macchiato. Yes, we lost our power, but most importantly, it seems that we lost our priorities.

We returned home, coffee-less but content and tried to figure out how to get comfortable in a hot, dark house.  We had no idea how long our power would be out BUT, we did know that we had a safe place to sleep, plenty of food and each other.  We had no serious damage to our car, our home or ourselves. We had incredible neighbors who joined together to make sure that each of us was well taken care of.  One, gracious enough to lend us a generator and gas so that we could plug in a couple of fans and our refrigerator so that we didn’t lose all of our cold food. Another neighbor, who rode out the storm in another town, gave us a battery powered radio in exchange for my husband’s late night run to his house, during the hurricane, to close his front doors for him after he realized he hadn’t locked them.  Everything in our world would go back to normal as soon as the power was restored.  We would go from exchanging power tools and extension cords with our neighbors to only exchanging a friendly wave or hello because we will all become too busy with our lives to stop and offer anything more (at least until the next hurricane threatens us).

As I laid there in the heat, I scrolled through Facebook and saw people complaining. Oh there was so much complaining.  They were complaining about things that, in the grand scheme of things, were trivial.   While we were worrying about when we can pick up a pumpkin spiced latte, whether or not we will have wi-fi, how many “likes” our last instagram post received and what series we are going to binge watch on Netflix, there are people that don’t know where they will sleep, when their next shower will be and how they will replace years and years worth of memories and possessions that were lost in a flooded or completely destroyed home.  I can’t help but wonder when did we all become a bunch of whiny, entitled babies?

Don’t get me wrong… I’m absolutely guilty of all of this myself but it isn’t until you are a part of something so big, so scary and so devastating that you realize that maybe your priorities need to be reevaluated.  Now that we’ve had power for almost 24 hours, I can tell you that things around here feel very much the way they did prior to Hurricane Irma.  The only difference is that I’m a little more grateful for what we have, including the many friends and family that offered their home, hot showers and air conditioning to us over the last few days.  I’m grateful to every single first responder who left their families to ensure our safety.  I’m grateful to those that are volunteering and donating and making sure that people are comfortable and have food to eat.  And I’m grateful that I finally realized that I shouldn’t be so concerned about what we don’t have, but rather, what we do and how we can make our children’s lives happy, to appreciate the little things and the importance of giving and lending a hand to those that have less than we do.  And if all we lost during Hurricane Irma is a piece of our entitled, whiny, spoiled selves, then I’m grateful for that part of the destructive path Irma left behind.

There are currently no comments. Why don't you kick things off?