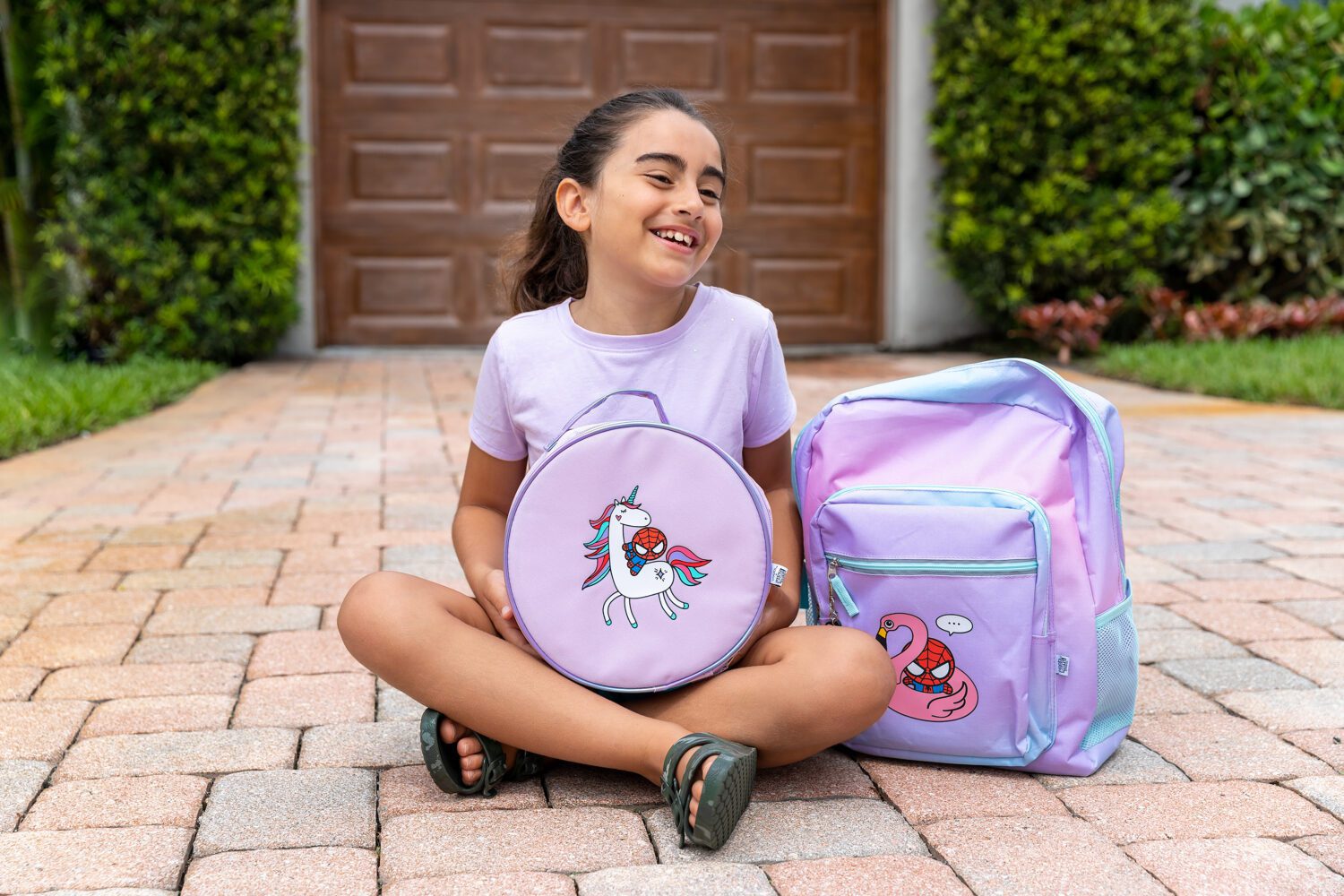 If you ask my 8-year-old, Falynn, to create a list of her favorite things, superheroes and school supplies would be at the very tippy-top of that list. So when we found out that one of our all-time favorite school supply brands, Yoobi, was launching the Yoobi x Marvel collection, I knew she was going to flip (and she did!)

It’s hard to miss Yoobi’s school supplies when you are walking through the Target school supply section. They are beyond adorable! We knew that this new collection wouldn’t disappoint, but we were not ready for the level of cuteness! They seriously outdid themselves. If your kids love Marvel, they are going to want this Yoobi x Marvel collection for the new school year. 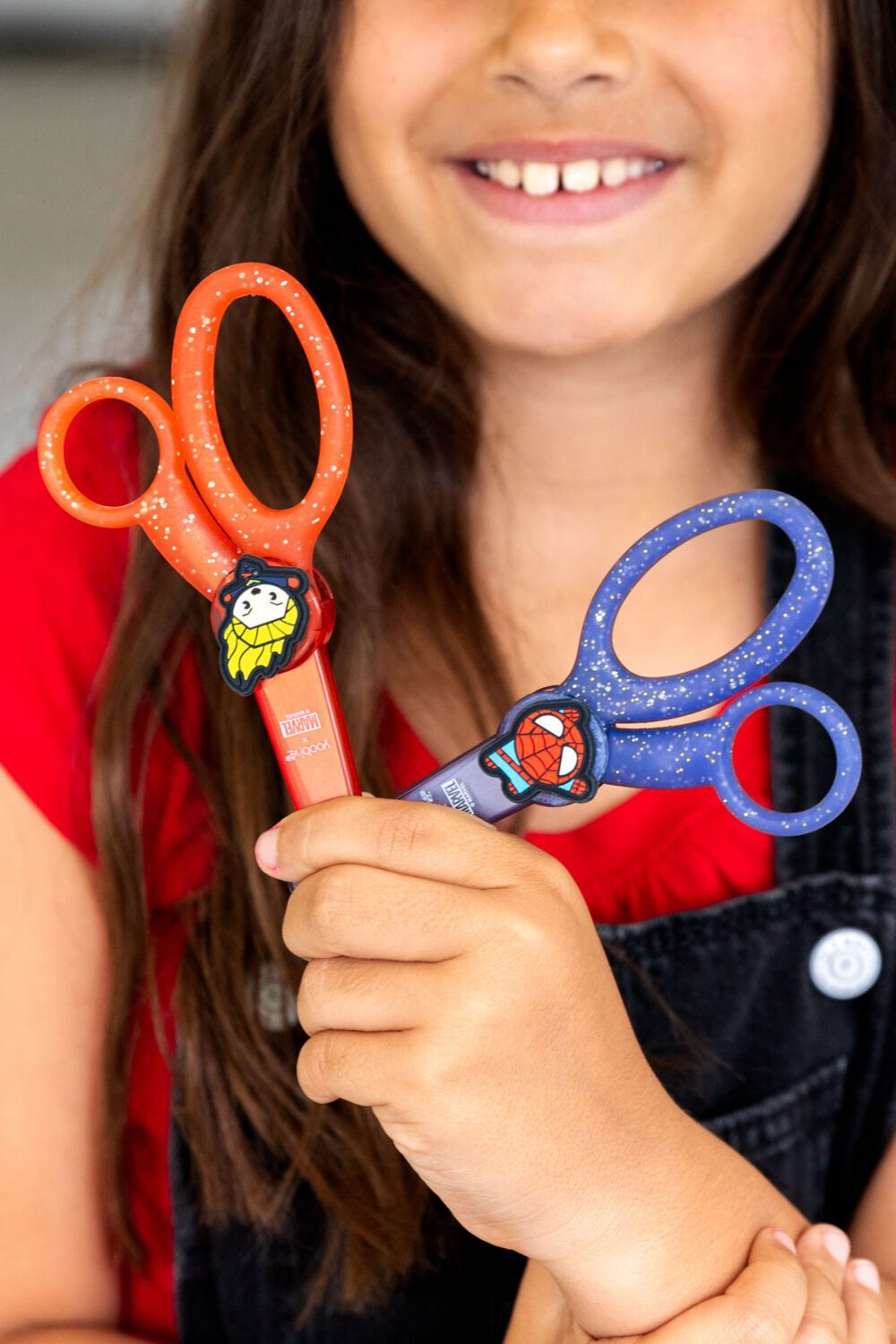 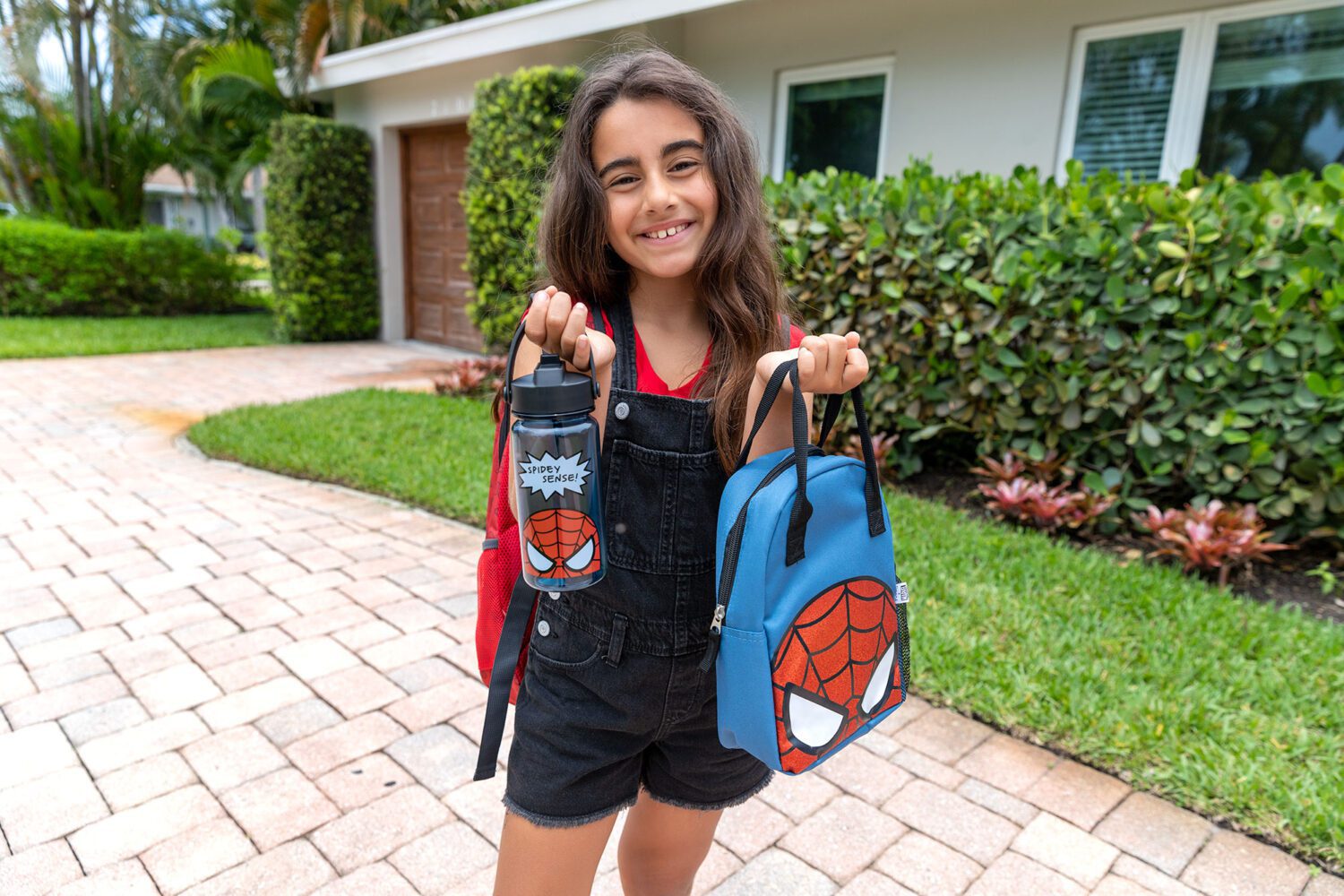 Yoobi sent us three full boxes to check out. They included both the new Yoobi x Marvel collection and some of their tie-dye collection for my tween. As we unboxed each item, the excitement just got louder and louder. Even I was oohing and aahing — I couldn’t help it. I’ve always been a little obsessed with school supplies.

When given the option, Falynn has always gravitated toward superheroes and away from princesses and ruffles. So when it was time to split up the Yoobi x Marvel products, she immediately claimed all of the Spiderman things for herself.

She’s beyond excited to show her third-grade class everything that she got. From lunchboxes to pencil cases, she’s going to have the coolest supplies in the class, for sure! 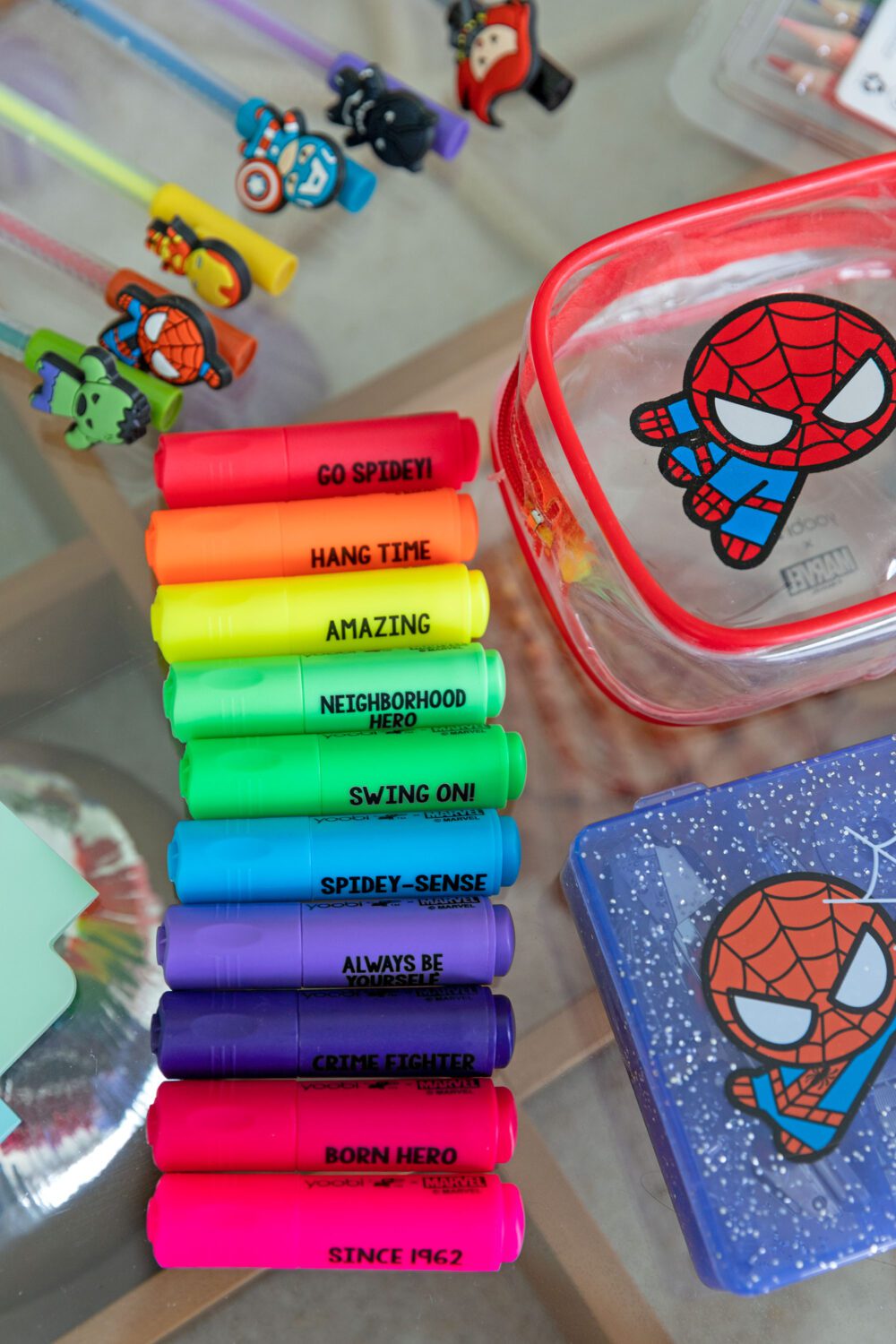 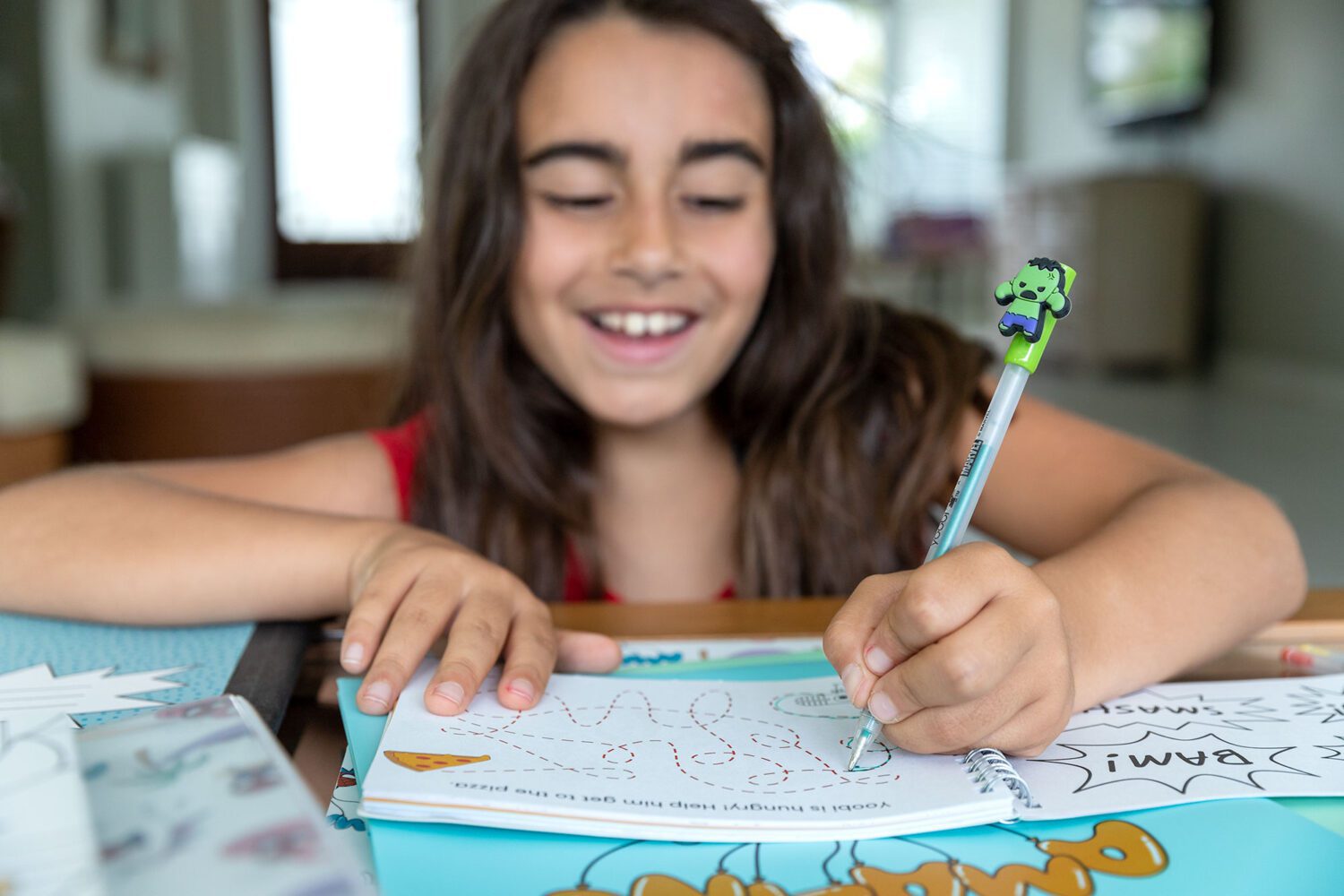 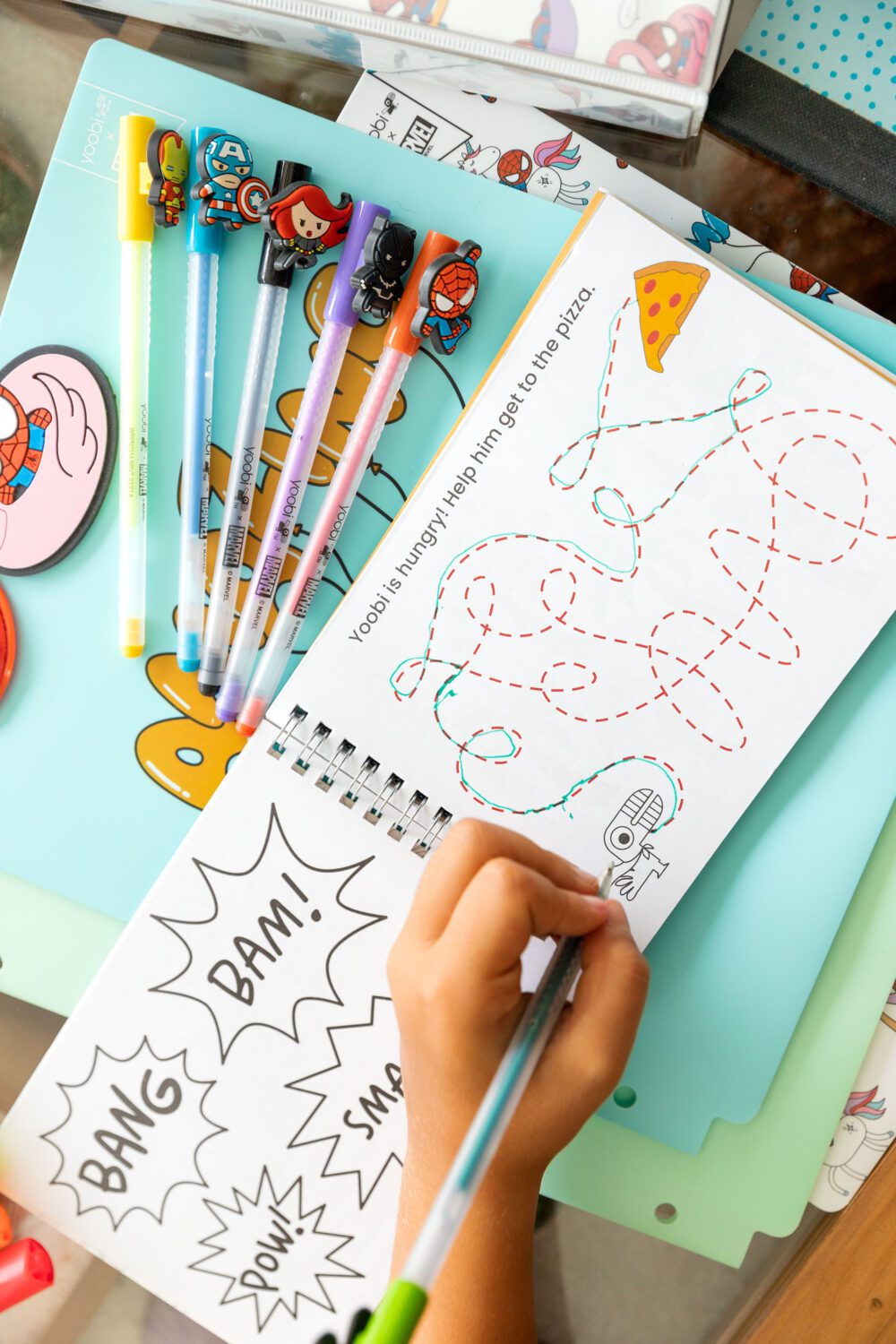 I was personally most excited about the kawaii images of Spider-Man riding a unicorn, skateboarding, lounging on a flamingo float, dancing with a boombox, lying in a hammock, and hanging from “Amazing” balloon letters. Everything is seriously so cute.

Yoobi managed to take Spiderman and make him even cooler. 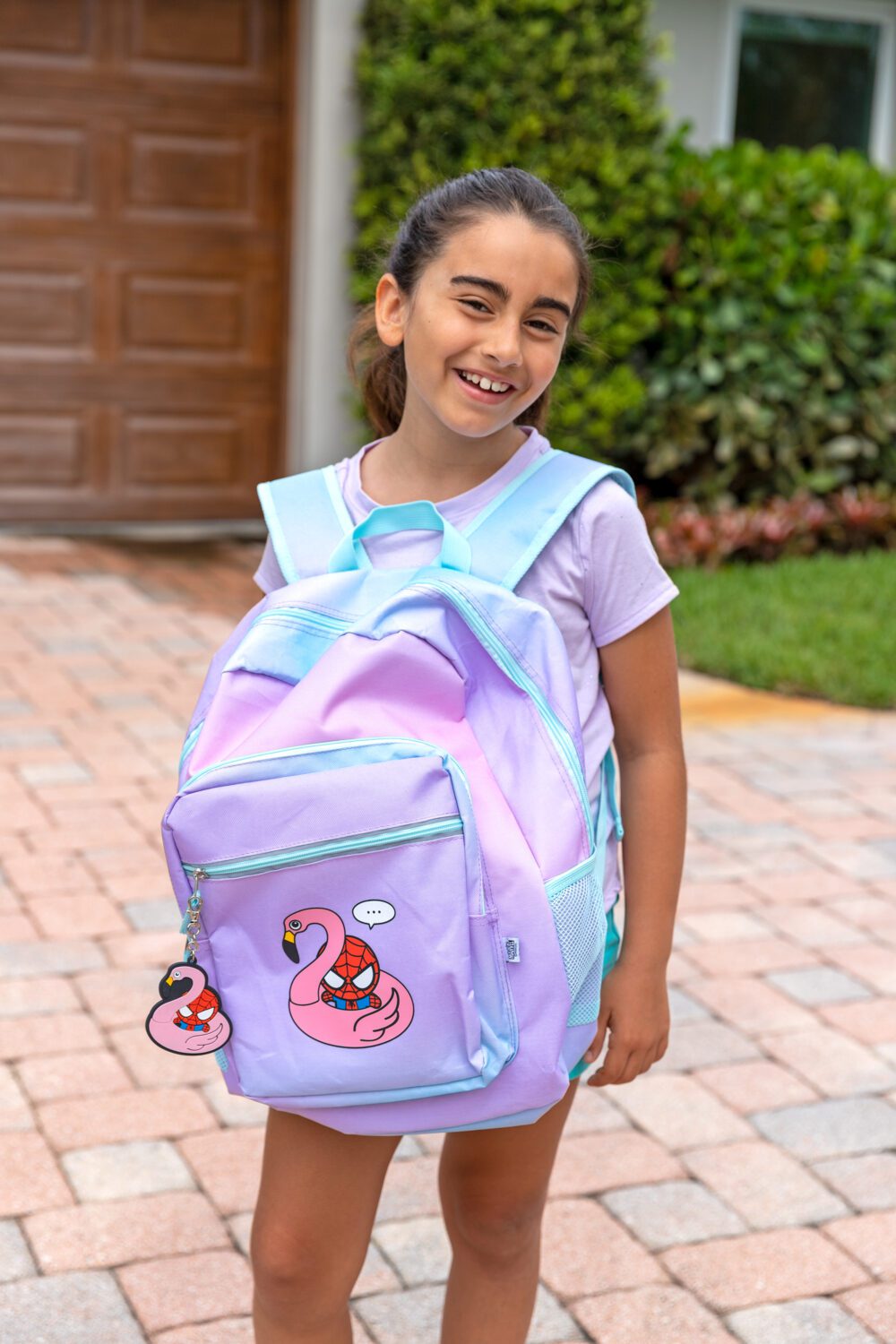 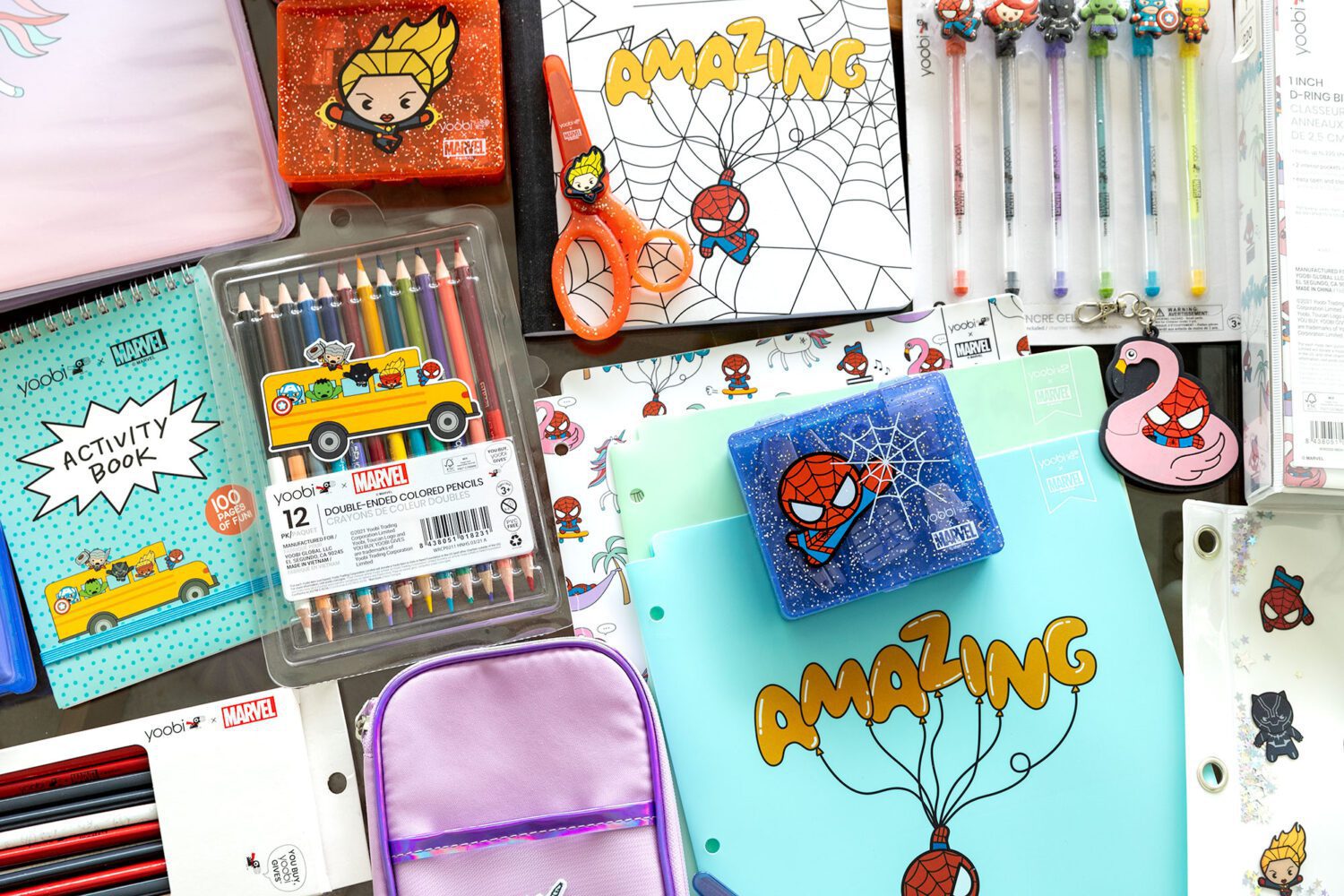 The Best Reason to Love Yoobi

WHEN YOU BUY, YOOBI GIVES
For every Yoobi item purchased, they will donate a school supply item to a child in need right here in the U.S. Their vision is to one day provide all kids in need with the tools they need to learn and be creative.

WHAT YOOBI GIVES: THE YOOBI CLASSROOM PACK
Yoobi determined the most fundamental tools to support learning and creativity, and they identified which items teachers are most likely to buy for their classrooms out of their own pocket. They then made special Yoobi school supplies and boxed them up to create a Yoobi classroom pack.

Each Yoobi classroom pack is filled with 425 items, or 30 school supply sets – ENOUGH FOR 30 AMAZING STUDENTS. 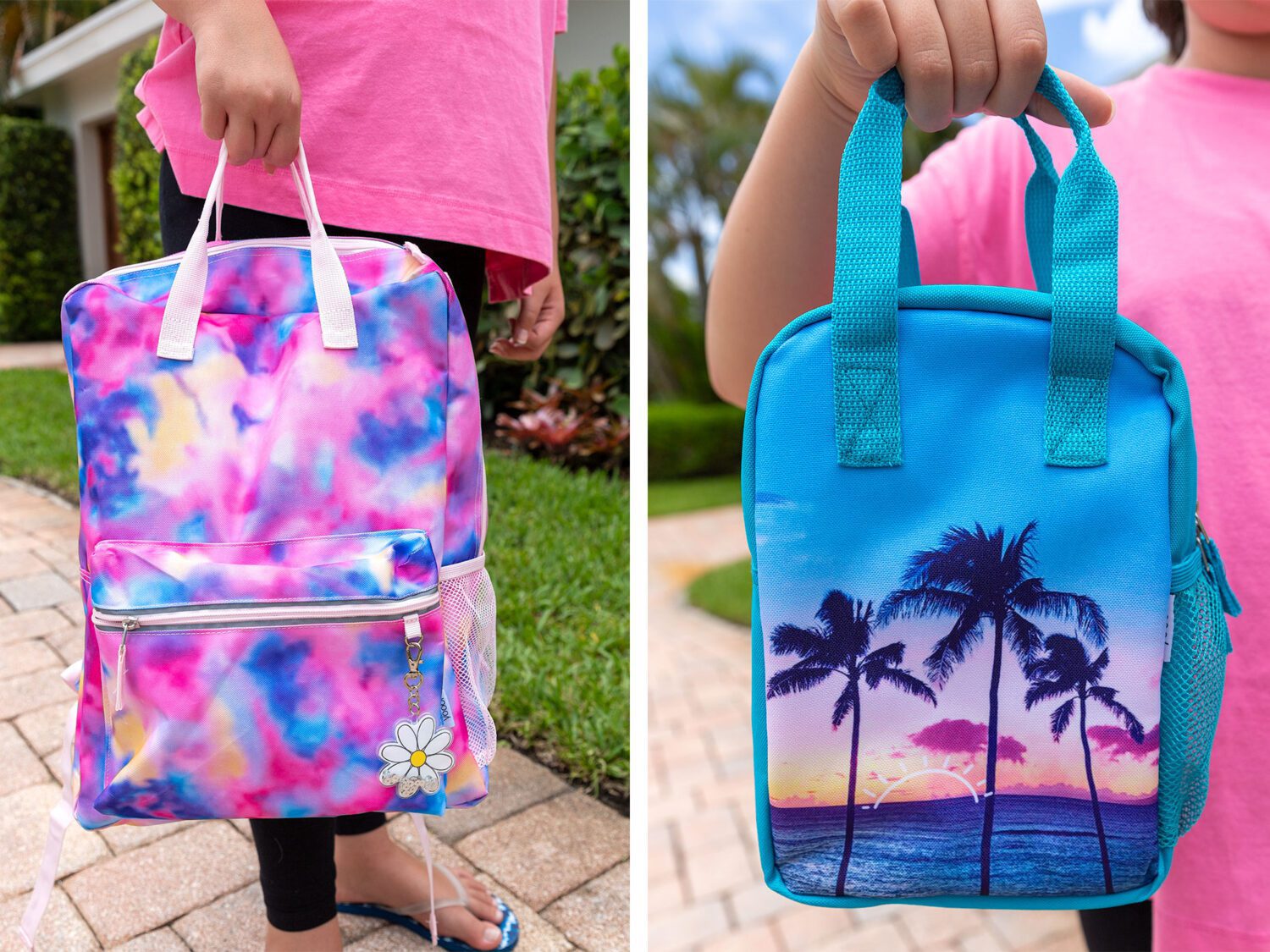 And if Yoobi x Marvel isn’t your kid’s thing, make sure to also check out the Endless Summer collection! So many beautiful items that are perfect for tweens and teens! Our favorites are the holographic composition book and tie-dye everything!

I also really love the positive messages on the highlighters. They say things like “shine bright”, “you look so cool” and “look on the bright side.”

If you love Yoobi as much as we do and want to help them give back while getting your kids the coolest school supplies around, you can shop at Yoobi.com, Target, and Amazon.

Which is your favorite part of the new Yoobi x Marvel collection? Comment below and let us know! 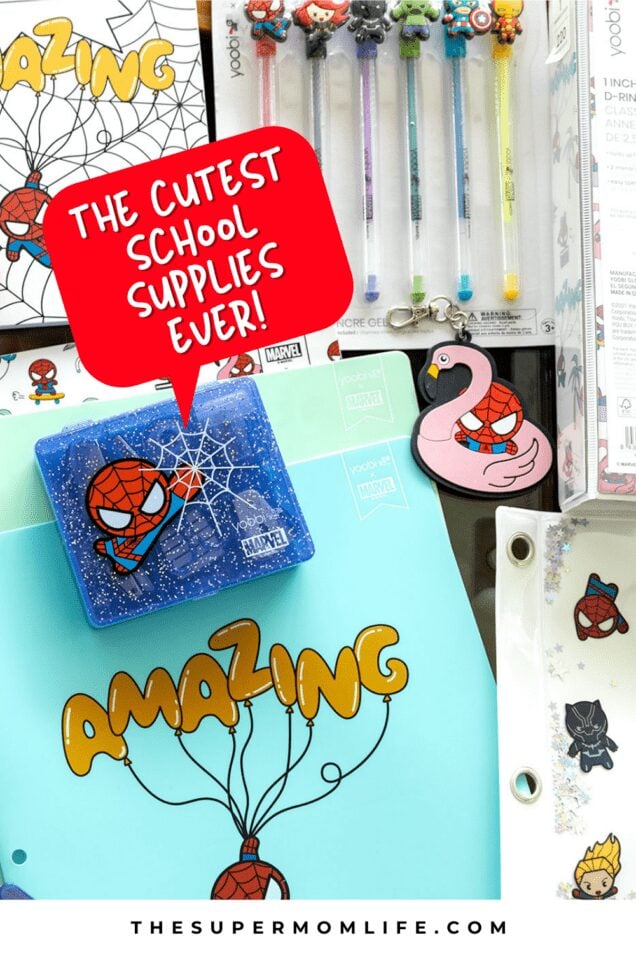 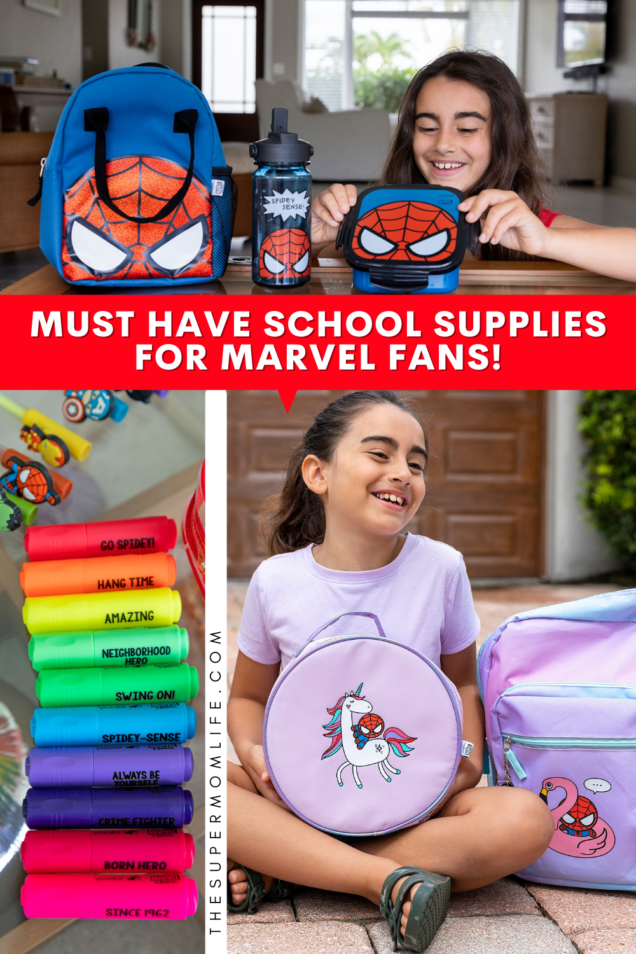 *This post is sponsored by Yoobi. All opinions are my own.