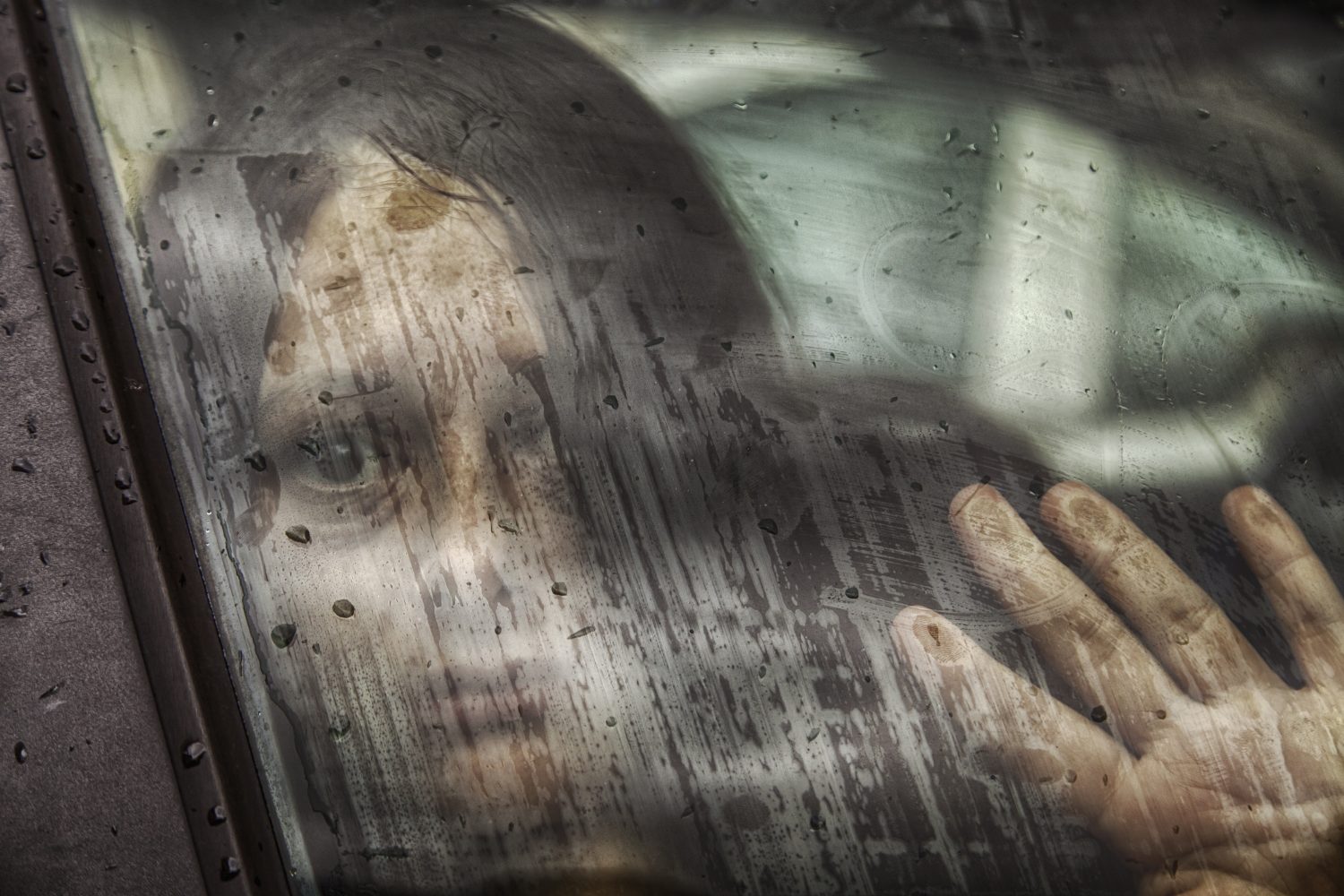 Courageous is not the first adjective I’d use to describe myself. I don’t open up easily, especially when it comes to traumatic events in my life. But what blogging has taught me, is that writing can be cathartic. It can free us of the fear we hold onto. So I write. Mostly for me and my mental health. I don’t always share the posts. I have over 20 drafts that will probably never be published. But there are some subjects that are important enough to share, so that other people don’t make the same mistakes I do.

This particular situation has taken me almost twenty five years to talk about. Very, very few people, family or friends, have heard this story. I think it was something that I tucked away because I was ashamed of myself and afraid of what might have been. Let me start by saying, I knew better. I was raised with common sense and knew the dangers of the world. So the decisions I made on this particular night weren’t something I was proud of, let alone, wanted to share with people… until now.

I was 19 at the time, it was the mid 90’s. I had gone from full-time college student to showing up at school very occasionally and hanging out with all the wrong people. At one point, I was basically homeless, bouncing around from friend’s house to friend’s house, trying to find a permanent place to live. I was 350 miles from home and could have easily driven back, but at 19, my pride stood in the way of my better judgement. Or maybe it was that I had finally found this alternate world of people that weren’t anything like me and it excited me.

I had met a guy (not a good one, by any means), but he seemed to care about me and back then, that was enough for me to look past all of his faults. He was in a relationship with the mother of his children and was in and out of jail pretty regularly. He had a temper and was pretty well known in that area for the illegal things he did. I guess I considered him my “boyfriend”, although that was never official. He kept promising me that he was going to get us a place, but I don’t think it was ever really the plan. In the meantime, he dropped me off at his Mom’s “house” and asked me to stay with her, her husband and their two kids.

I put house in quotations because it was anything but. It was a two room, run-down building with walls and a roof. One room contained a table with their food and the other room was big enough only for a bed, which all five of us slept on, together. There were two separate structures in the back, one with a make-shift shower and the other with a toilet. While it was nothing fancy, at that time, I was just grateful to have a roof over my head and a bed to sleep in, even if there were 4 other strangers right beside me.

I had a car of my own, but on this particular night, my boyfriend had borrowed it because he said his car was low on oil. After two days at his Mom’s house, I knew I had to look for a better option, so I grabbed the keys to his car and drove toward my friend’s house. It wasn’t even a couple of miles later that his car started to make noises. I tried to keep going, but it completely broke down in the worst possible area. There were no street lights, no homes, no gas stations. It was just a dark, two-lane street with trees. It was not safe for anyone to be walking, let alone a 19 year old girl.

I never even gave it a second thought.

Every lesson I was taught about strangers and hitchhiking went out the window. I jumped into his car like he was my buddy and told him where to drop me off (at the nearest gas station which was within walking distance of the place I was staying).  It was about a minute into that car ride that I realized I hadn’t even looked at his face. I couldn’t look at his face. I didn’t know what kind of car I was in or what color it was. I didn’t ask his name.

I panicked. I started telling him about my boyfriend and how that was his car and he had just gotten out of prison. In my mind, at that moment, what I said was going to scare him into not doing anything to me because I had a big, bad boyfriend. Stupid. He told me that he was new to the area and didn’t know anyone but was glad to have been there at the right time to help me. I felt him looking at me a couple of times. And not just looking at me like someone would do when they are having a conversation with you, but looking at me in a way that completely freaked me out. I still couldn’t look at him directly. I was too scared.

That car ride felt like an eternity. Thinking back on it now, it was probably only about a mile and a half. Maybe he was driving extra slowly or maybe I was realizing what a huge mistake I was making and time slowed down. He told me that before he could drop me off at the gas station, he had to stop at his house first. It was the ultimate red flag. I remember speaking really quickly and telling him that I was in a hurry to get back because my boyfriend was waiting and if he wanted to just drop me off there, I would walk the rest of the way. But he didn’t stop. He gave me another excuse and just kept driving.

He drove past the gas station that he was supposed to drop me off at and although I reminded him a number of times that it was where I wanted to be dropped off, he kept going. He started rambling about getting his wallet first so he could get gas when he dropped me off. I tuned him out after that because I was trying to figure out how to jump out of a moving vehicle without getting hurt. My heart was racing so fast, I could hear it. I don’t know what his intentions were, but I knew if I didn’t get out of that car, something very bad was going to happen to me.

There was a flashing red light, four way stop, about 1/4 of a mile past the gas station. I watched it. I waited. As soon as he came to a stop, I unlocked the door, jumped out and ran. I’m not sure I ever ran that fast before. I was wearing flip flops and I could feel them rubbing and tearing my skin as I ran, but I kept going. I didn’t look back. I knew if I could just make it to the gas station, I would be fine.

There was a line of pay phones at the edge of the gas station parking lot. I grabbed the first one I saw and pretended to dial. I had no money. Unless I was calling collect, I couldn’t actually make a phone call. And no one within driving distance was going to accept the charges. I considered calling the police, but I didn’t think he followed me. I also had no description of the man or his car, so what was I going to tell them?

Instead, I just stood there, with the phone to my ear, listening to the dial tone. I was in shock. I was sobbing quietly and trying to figure out what to do next. And just as I was about to hang up, I looked up and saw him. He was driving past the gas station, in the opposite direction very slowly. I memorized the car. It was an older model, four door Oldsmobile or Buick, in a bronze or light orange color. While the streetlight gave me a great view of the car, I still couldn’t see his face. But I knew it was him. I was so afraid he would stop so I pretended to talk to the imaginary person on the other end of the phone. I tried to get his license plate number, but he drove away.

And I ran. My feet were bleeding at this point because the blister that my shoes made had burst open. About half way to the house, I took off my shoes. Barefoot and bleeding, I finally made it back to the house. No one was there, so I sat in the corner and cried. I was sure I dodged a bullet that night. I was safe. Aside from my battered feet, I was going to be ok. That was of course, until my boyfriend got back and discovered I had left his car on the side of the road… 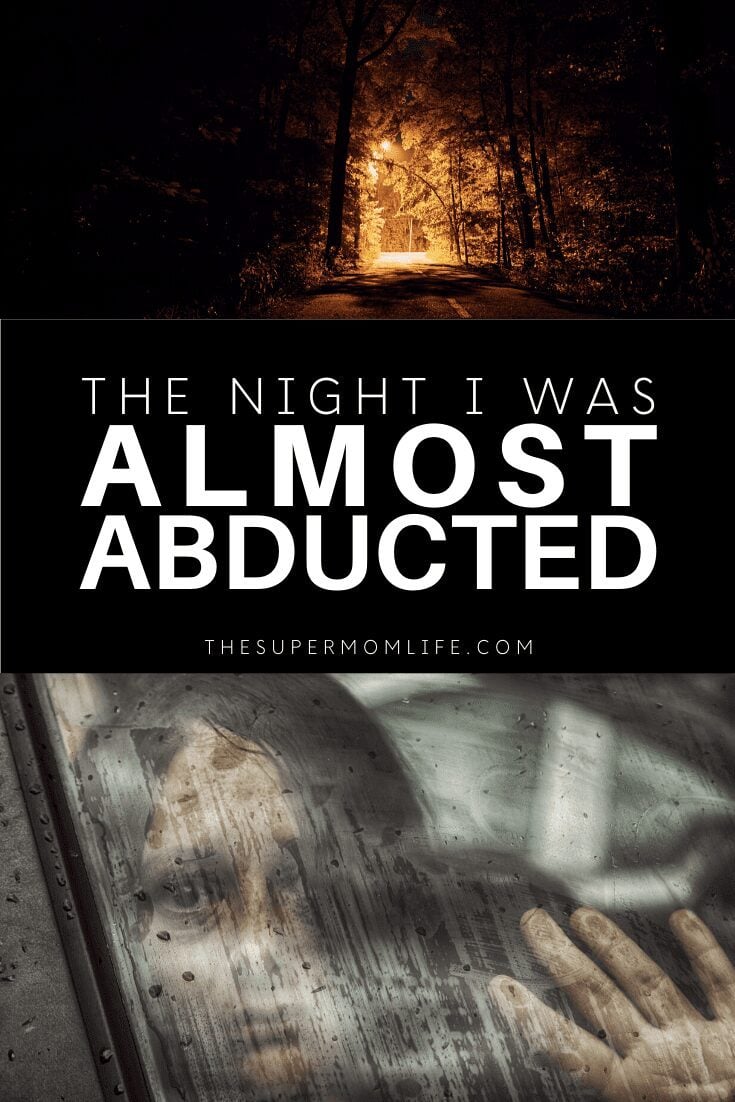