What’s On Our Shelf This Black History Month 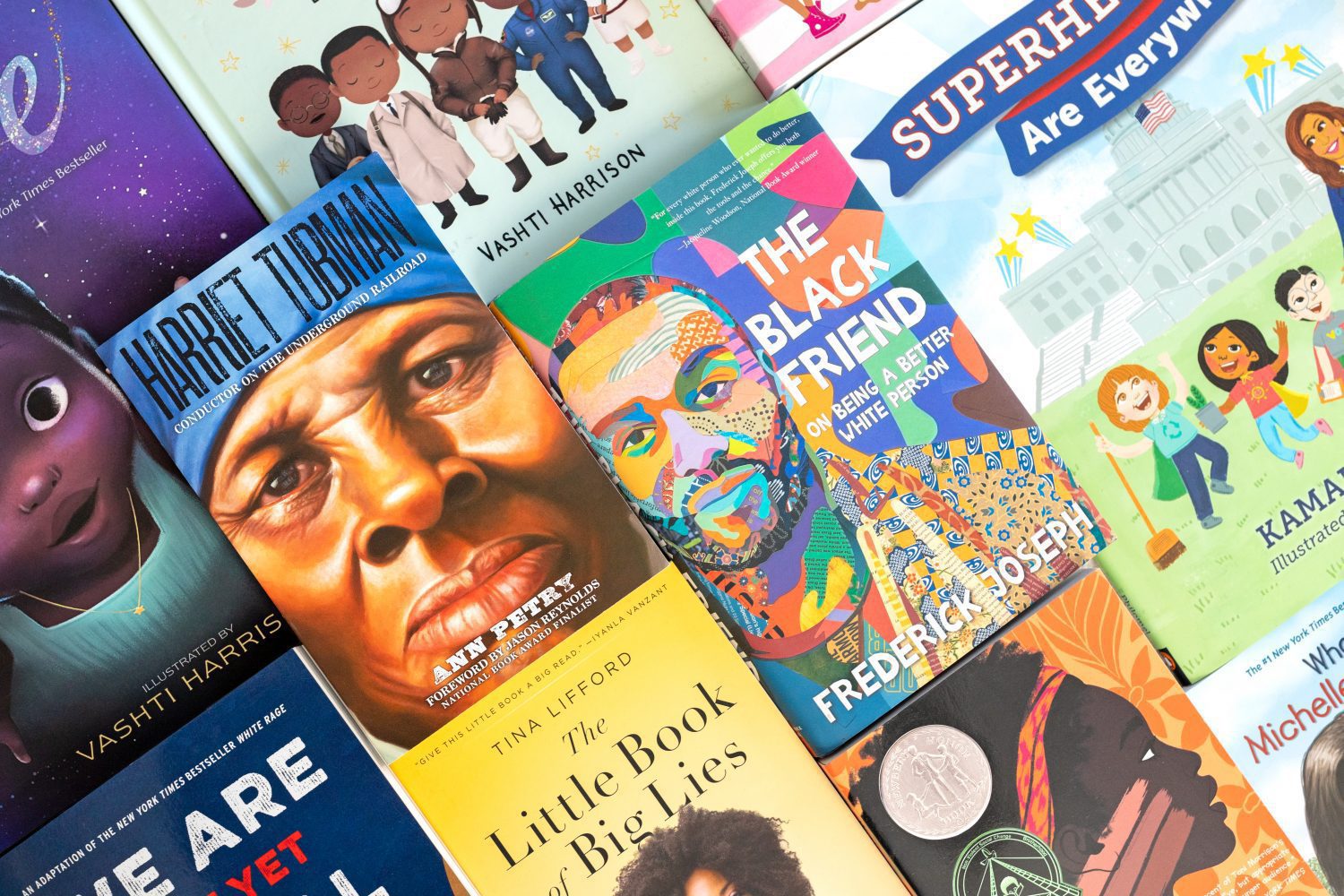 While it’s important to learn about black history and how we can fight together against racism, all year long, I wanted to share what is currently on our bookshelf, in honor of black history month. I’ve collected a number of books, both for the kids and for myself and my husband, so that we can continue to educate ourselves and our family so that we can be better people. If you are looking for something to read, we highly recommend these books.

Harriet Tubman: Conductor on the Underground Railroad by Ann Petry

This award-winning introduction to the late abolitionist, which was named an ALA Notable Book and a New York Times Outstanding Book, includes additional educational back matter such as a timeline, discussion questions, and extension activities.

The Little Book of Big Lies: A Journey into Inner Fitness by Tina Lifford

An inspiring and illuminating guide to true self-care, from the sage teacher and breakout star of the critically acclaimed drama, Queen Sugar, from Executive Producers Oprah Winfrey and Ava DuVernay for OWN.

Long Time Coming grapples with the cultural and social forces that have shaped our nation in the brutal crucible of race. In five beautifully argued chapters―each addressed to a black martyr from Breonna Taylor to Rev. Clementa Pinckney―Dyson traces the genealogy of anti-blackness from the slave ship to the street corner where Floyd lost his life―and where America gained its will to confront the ugly truth of systemic racism. Ending with a poignant plea for hope, Dyson’s exciting new book points the way to social redemption. Long Time Coming is a necessary guide to help America finally reckon with race.

There are ninety-six reasons why thirteen-year-old Genesis dislikes herself. She knows the exact number because she keeps a list:
-Because her family is always being put out of their house.
-Because her dad has a gambling problem. And maybe a drinking problem too.
-Because Genesis knows this is all her fault.
-Because she wasn’t born looking like Mama.
-Because she is too black.

Genesis is determined to fix her family, and she’s willing to try anything to do so…even if it means harming herself in the process. But when Genesis starts to find a thing or two she actually likes about herself, she discovers that changing her own attitude is the first step in helping change others.

White Fragility: Why It’s So Hard for White People to Talk About Racism by Robin DiAngelo

In this “vital, necessary, and beautiful book” (Michael Eric Dyson), antiracist educator Robin DiAngelo deftly illuminates the phenomenon of white fragility and “allows us to understand racism as a practice not restricted to ‘bad people’ (Claudia Rankine). Referring to the defensive moves that white people make when challenged racially, white fragility is characterized by emotions such as anger, fear, and guilt, and by behaviors including argumentation and silence. These behaviors, in turn, function to reinstate white racial equilibrium and prevent any meaningful cross-racial dialogue. In this in-depth exploration, DiAngelo examines how white fragility develops, how it protects racial inequality, and what we can do to engage more constructively.

From Academy Award-winning actress Lupita Nyong’o comes a powerful, moving picture book about colorism, self-esteem, and learning that true beauty comes from within.

In this stunning debut picture book, actress Lupita Nyong’o creates a whimsical and heartwarming story to inspire children to see their own unique beauty.

From racist donut shops to strangers putting their whole hand in her hair, from being mistaken for a prostitute to being mistaken for Harriet Tubman, Lacey is a lightning rod for hilariously ridiculous yet all-too-real anecdotes. She’s the perfect mix of polite, beautiful, petite, and Black that apparently makes people think “I can say whatever I want to this woman.” And now, Amber and Lacey share these entertainingly horrifying stories through their laugh-out-loud sisterly banter. Painfully relatable or shockingly eye-opening (depending on how often you have personally been followed by security at department stores), this book tackles modern-day racism with the perfect balance of levity and gravity.

Superheroes Are Everywhere by Kamala Harris

In this empowering and joyful picture book that speaks directly to kids, Kamala Harris takes readers through her life and shows them that the power to make the world a better place is inside all of us. And with fun and engaging art by Mechal Renee Roe, as well as a guide to being a superhero at the end, this book is sure to have kids taking up the superhero mantle (cape and mask optional).

We Are Not Yet Equal: Understanding Our Racial Divide by Carol Anderson

The Black Friend: On Being a Better White Person by Frederick Joseph

The instant New York Times bestseller! Writing from the perspective of a friend, Frederick Joseph offers candid reflections on his own experiences with racism and conversations with prominent artists and activists about theirs—creating an essential read for white people who are committed anti-racists and those newly come to the cause of racial justice.

Who Is Michelle Obama? (Who Was?) by Megan Stine

Born into a close-knit family in Chicago, Michelle Robinson was a star student who graduated from Princeton and Harvard Law. Then in 1992, she married another promising young lawyer, and the rest, as they say, is history. It is undeniable that President Barack Obama has changed the United States but so has Michelle Obama, the self-proclaimed “Mom in Chief.” This compelling, easy-to-read biography is illustrated by New Yorker artist John O’Brien.

Long before she was one of the Little Rock Nine, Melba Pattillo Beals was a warrior. Frustrated by the laws that kept African-Americans separate but very much unequal to whites, she had questions. Why couldn’t she drink from a “whites only” fountain? Why couldn’t she feel safe beyond home—or even within the walls of the church? Adults all told her: Hold your tongue. Be patient. Know your place. But Beals had the heart of a fighter—and the knowledge that her true place was a free one.

Eleven-year-old Isabella’s blended family is more divided than ever in this “timely but genuine” (Publishers Weekly) story about divorce and racial identity from the award-winning and New York Times bestselling author of Out of My Mind, Sharon M. Draper.

Who Was Maya Angelou? by Ellen Labrecque

Born in Missouri in 1928, Maya Angelou had a difficult childhood. Jim Crow laws segregated blacks and whites in the South. Her family life was unstable at times. But much like her poem, “Still I Rise,” Angelou was able to lift herself out of her situation and flourish. She moved to California and became the first black—and first female—streetcar operator before following her interest in dance. She became a professional performer in her twenties and toured the U.S. and Europe as an opera star and calypso dancer. But Angelou’s writing became her defining talent. Her poems and books, including I Know Why the Caged Bird Sings, brought her international acclaim.

In this stirring, much-anticipated picture book by presidential inaugural poet and activist Amanda Gorman, anything is possible when our voices join together. As a young girl leads a cast of characters on a musical journey, they learn that they have the power to make changes—big or small—in the world, in their communities, and in most importantly, in themselves.

With lyrical text and rhythmic illustrations that build to a dazzling crescendo by #1 New York Times bestselling illustrator Loren Long, Change Sings is a triumphant call to action for everyone to use their abilities to make a difference.

Have you read any of these books yet? Are there any that we haven’t listed that you would recommend? Tell us below! 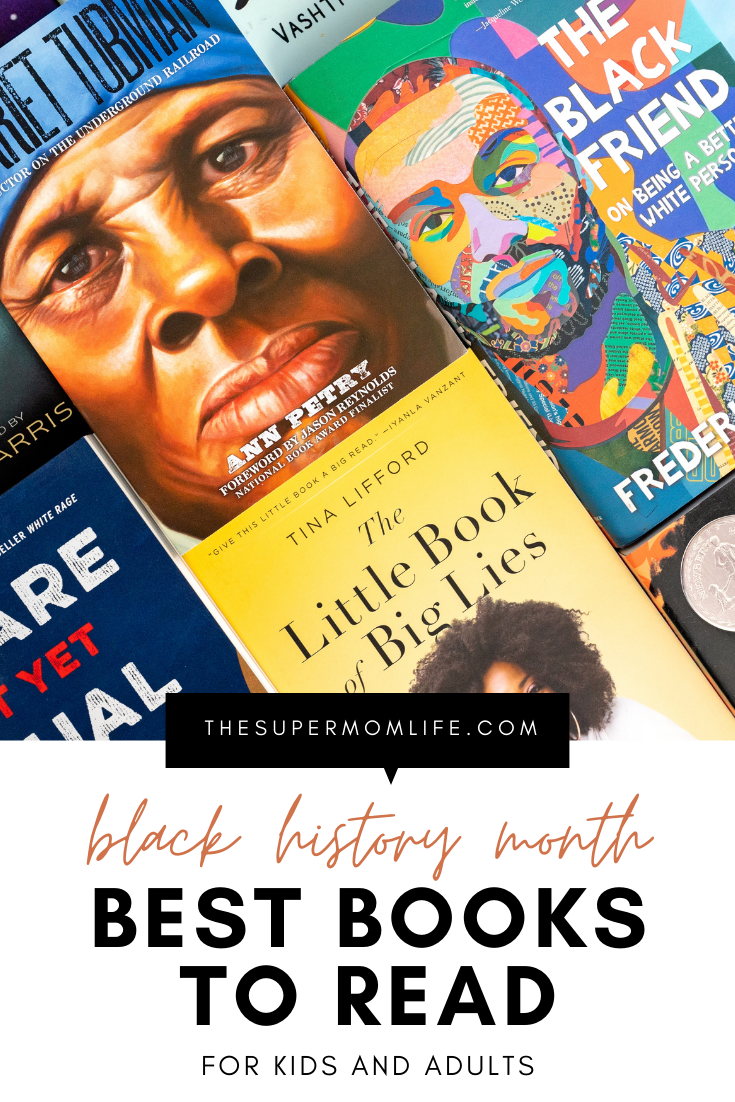 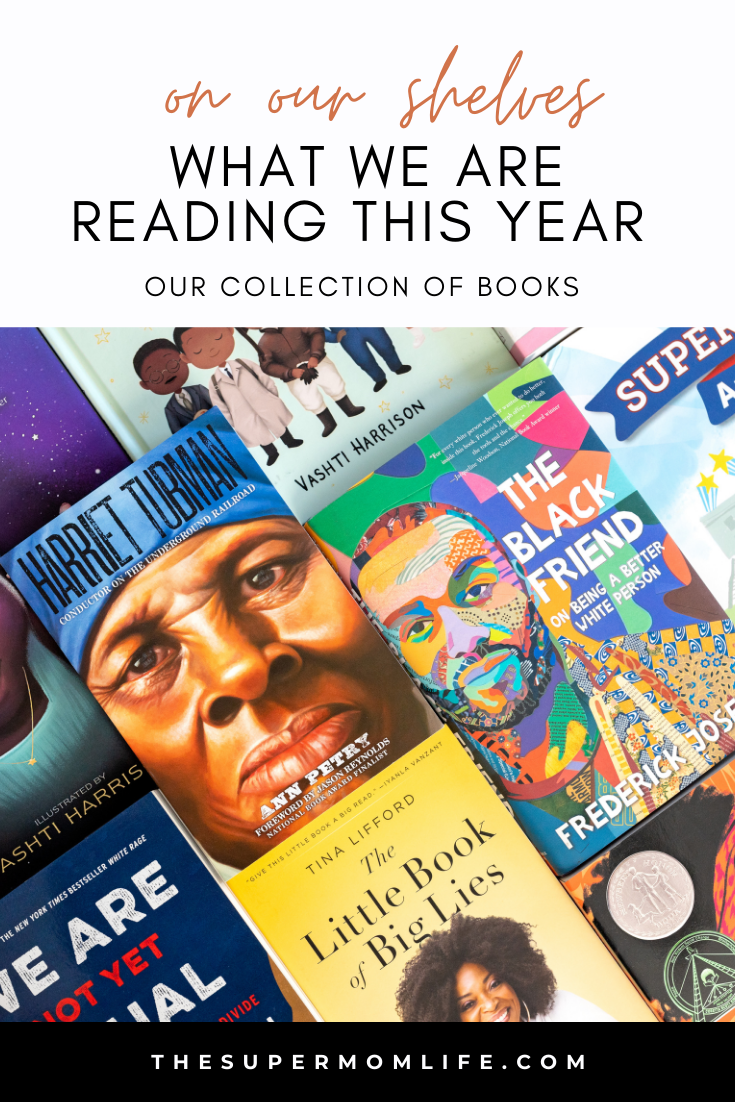 ** This post includes affiliate links, which means if you click on them and make a purchase, our family will make a small commission, at no additional cost to you. As always, our family appreciates your support!