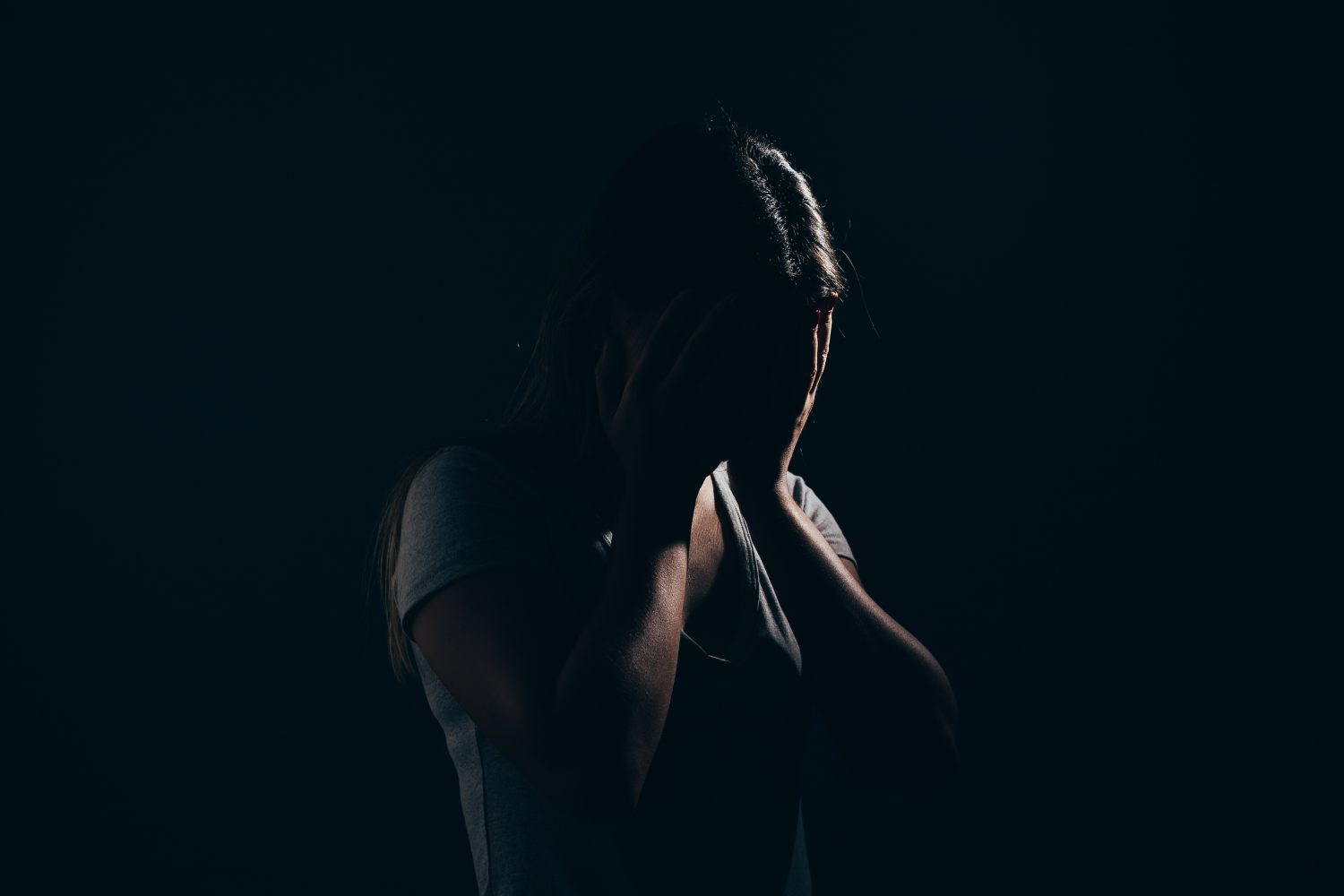 I’m going to start by saying that I’ve been writing this post for a while. It probably didn’t go live the day I intended it to and it might disappear at some point. But enough is enough. Time for me to put my big girl panties on and stop lying to myself and everyone else.

After my massive panic attack at the entrance of Disney World, I finally realized it was time to get help. I scheduled an appointment with a behavioral therapist and sat in her office for one hour every week. I actually looked forward to it. We spoke about my family, my job and tried to figure out what trigged my anxiety. Everything was on track, until I had a panic attack in her office.

About ten minutes into that session, I asked her if I could lay down on the couch and about a minute later, told her that I was going to have to leave. That is my thing. If I have to choose between fight or flight, I always chose flight. First came the light-headed feeling. Next, cold sweats. My therapist fanned me with a file folder and tried to distract me and get me to breathe while I counted the seconds until I could pay her and get back to my car asap. I never went back to therapy again. It was no longer a safe space. It would be forever be the place I had a panic attack.

My therapist called and left me a voicemail a couple of days later to check in on me and make sure I was ok. She recommended that I see a psychiatrist and consider medication. She knew that was my last resort and knew that I would probably not be back to see her.

Although my therapist suggested it, I wasn’t ready to admit to myself that I needed to see a psychiatrist. Instead, I decided that I was going to ask a primary doctor about medications first. So I made an appointment with a new primary doctor that I found online. I remember one of the first questions she asked me…

Do you also suffer from depression?

“NO. No, I don’t. It’s just anxiety. Aside from that, I’m perfectly happy.” She followed it up with a number of questions that seemed to be many other ways to ask if I was depressed. I answered no to all of them. The word depression scared me. I thought if I said that I had moments where I felt sad, that she would take that as my admitting that I might do harm to myself, which I would never do. So I told her no, over and over again. I said no so many times, I even convinced myself that I wasn’t depressed.

But the truth is, I am and I have been for a long time.

I left that appointment with a prescription and hope that this was going to be what changed everything for me. And it was… just not the way I imagined.

For a full two days after I took that first pill, I was in bed. If I thought anxiety was scary, those meds proved that I had no idea what scary was. The meds made me think things and feel things that no person should ever feel. I was afraid to be alone. I was afraid to do anything but sleep. I couldn’t get out of bed. I couldn’t eat.

So, I called my doctor and she said,

Sometimes things have to get worse before they get better.

WHAT?! I went to this doctor because I needed help. My anxiety was out of control and I wanted her to help me fix it. Instead, she gave me something that had me thinking the darkest thoughts. What kind of medical professional would prescribe something that was going to make me feel that much worse?

But, she was the professional, so I waited it out. I continued taking the meds as she instructed. As I got used to them, the dark thoughts disappeared. I could concentrate again. I could do every day things. I was ready to live a normal life.

About a week later, I went to visit my Grandma and had the worst panic attack of my life, which resulted in me being stranded in our car, an hour from home, with my three daughters. I was completely paralyzed by anxiety. I couldn’t move, I couldn’t get back on the road to go home. My youngest had to use the bathroom and I tried to get her to pee in a bag because I couldn’t bring myself to walk them into the fast food restaurant that was just a few feet from our car. I couldn’t breathe. I couldn’t calm down. Instead, we waited for hours until my husband and a friend could come and pick us up.

I called my doctor as soon I got home and told her I needed to stop taking this medication. She told me she would call in a new prescription and instructed me to stop taking that one immediately, something she probably should have told me when I called her the first time.

For a little while, things got better. But that ordeal kept me from leaving my home for almost 3 months. I couldn’t drive and I couldn’t be more than 10 minutes from my house without panicking. I still have a hard time driving anywhere on my own. I’m terrified that it’ll happen again.

Over the years, I became great at lying. No matter what my loved ones were seeing, I swore everything was fine. I didn’t want them to know the truth. I didn’t want them to know that I was crying myself to sleep and that I was sad more often than I was happy. I couldn’t look at myself in the mirror without cringing. I was completely disgusted by my weight, my lack of self-care and especially for how I had let myself go.  I hardly recognized myself. I pushed my loved ones away because I was expecting them to leave me anyway. It was easier if I was in control of the situation.

It wasn’t until recently that I realized that I’ve been depressed because of the “what ifs”. My life is good. I have a beautiful family, a roof over our heads and a business that is actually fun. I have no reason to feel the feelings that I feel. I think it’s just my mind’s way of trying to stay in control and coping with the fear of what could happen. And I realize that is no way to live.

While I am fully aware of what’s going on, I still battle both anxiety and depression. Most of my days are good ones, but I do have to fight for those good days. I’m fighting to stop the sadness. I’m fighting my sudden irritability that hits me without warning. Mostly, I’m fighting to hide it all from my kids because I don’t want them to think this is normal. This isn’t normal. And I refuse to believe it’s my normal.

So why am I sharing this now, in a public forum? Because I’m tired of pretending. I’m tired of lying to myself and to everyone around me. I have mental health issues, as do lots of other people, millions of people in fact. My secret ends today. If I’m feeling depressed, I’m going to call it what it is. I’m going to address it. I’m going to work toward training my mind not to focus on the “what ifs” so that I don’t miss the good parts that are happening now.

Now you know the truth and I hope you don’t think any less of me or feel sorry for me. I’m still the same person I was before you read this. I’m just a little bit stronger. 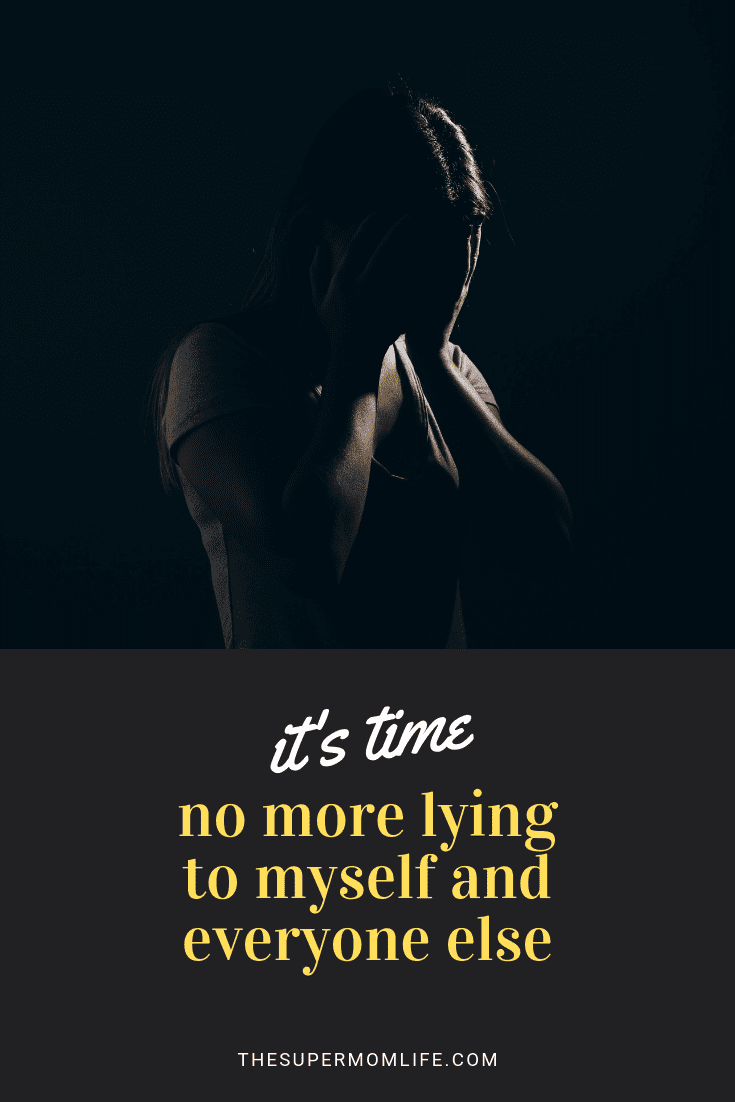