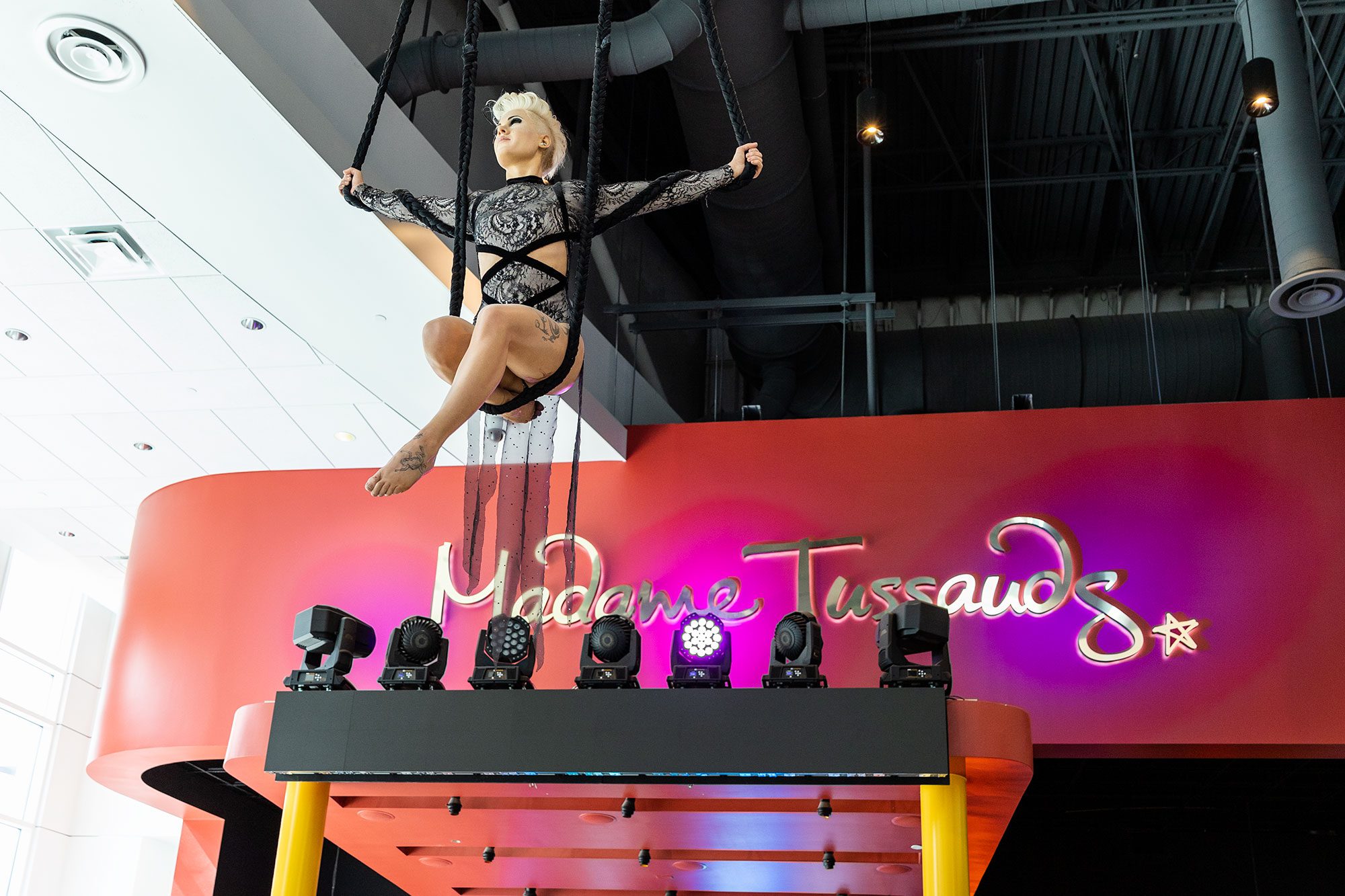 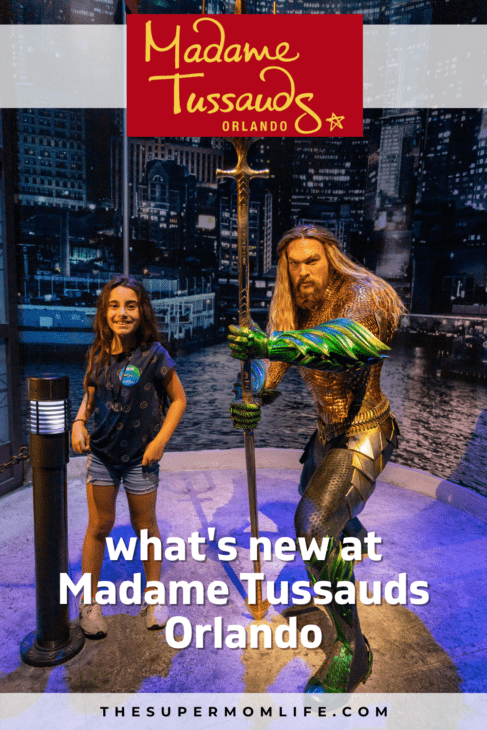 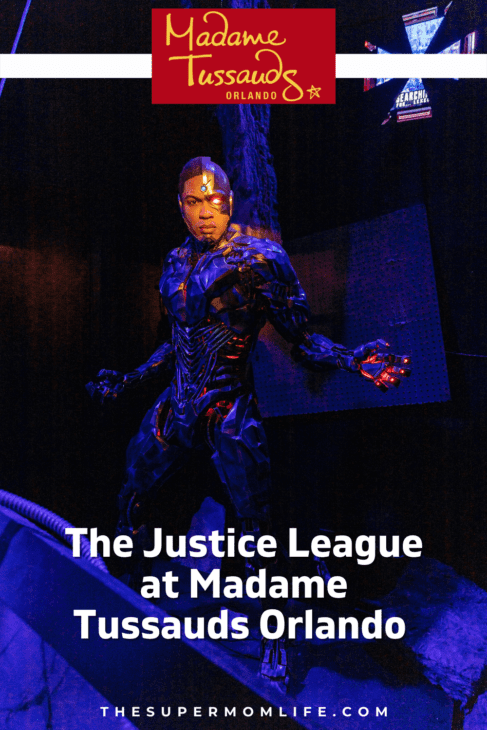 During our recent trip to SEA LIFE Aquarium, we were gifted tickets to Madame Tussauds Orlando. We had been there once before in 2018, and we had the best time. While we figured most of the wax figures would be the same, we were excited to see the new Madame Tussauds Justice League area.

As soon as we reached the doorway, I heard my youngest gasp. It may not be obvious, but our family loves all things Super Heroes! This was an unexpected area at Madame Tussauds Orlando that we were ecstatic to find.

While this area is very dark and nearly impossible to take pictures in (aside from the Superman photo area), I got some shots so I could share what you have to look forward to when you visit.

HEROES UNITE! The League is united. The Flash, Wonder Woman, Cyborg, Superman, Batman, AND Aquaman need your help (yeah, YOU)! Bring your bravery and join the ultimate battle. Will you help save the world?

The Justice League needs YOUR help to save the city! Travel at lightning speed with the Flash, lift a real helicopter with Superman, and help Aquaman harness the powers of the sea.

If you’ve ever jumped off your bed hoping you’d be able to fly (don’t worry, we did it too), this is your chance to finally unleash your powers alongside the world’s greatest heroes.

If you’ve never been to Madame Tussauds Orlando, you should expect a large wax museum with different areas. I always forget how large it is until we get there and start walking around. This time was particularly interesting as my older daughters have gotten it in their heads that some of the wax figures could be real people standing still. They watch too many videos online. Every time I asked to take a photo of them with one of their favorite figures, they would quickly decline because they were sure each one would be real.

The figures at Madame Tussauds Orlando are incredibly realistic. If you get close to them, you can see how every hair is carefully placed. Even their skin has texture. It’s amazing and almost like standing directly next to the celebrity.

Did you know that Madame Tussauds has been around for more than 200 years? Madame Tussauds Orlando is just one of their many locations worldwide. Millions and millions of people have flocked through the doors of Madame Tussauds since they first opened over 200 years ago, and it remains just as popular as ever. There are many reasons for this enduring success, but good old-fashioned curiosity is at the heart of it all.

If you haven’t experienced it, it’s something you have to do at least once. It’s a great, family-friendly attraction. This is a great option on our trips to Orlando when we don’t plan to go to the big theme parks. If you’re looking for a place to stay, check out Element Orlando Universal Blvd.

There are so many incredibly realistic wax figures at Madame Tussauds Orlando. I’m sharing just some of our favorites, but I actually wound up taking pictures of most of them and have over 100 photos. It’s one of those places that you can visit over and over again and still see things that you missed the last time you went.

Quite possibly, my favorite part of Madame Tussauds Orlando is that they have something for everyone. They have an area for sports celebrities, music stars, tv and movie stars, history and leaders as well as celebrities and characters that kids will not only recognize, but get excited to be able to get near.

Have you been to Madame Tussauds Orlando? If so, what did you think? If not, do you think you and/or your family would enjoy it? If you have any questions about our experience, comment below, and we’ll do our best to answer them for you.