We love a good movie, especially when it’s a Marvel movie! We pulled together our favorite, most sharable movie lines from the Marvel movies we know and love.

Why is Marvel so popular?

According to quora, Marvel movies are popular because they are very entertaining and enjoyable movies filled with interesting stories, lovable characters, and action-packed scenes. Of course, we love the action, the romance, and the struggles between good and evil.

We thought it would be fun to find the most shareable lines from Marvel movies. We had a blast creating these sharable images, so please share them and don’t forget to tag us! 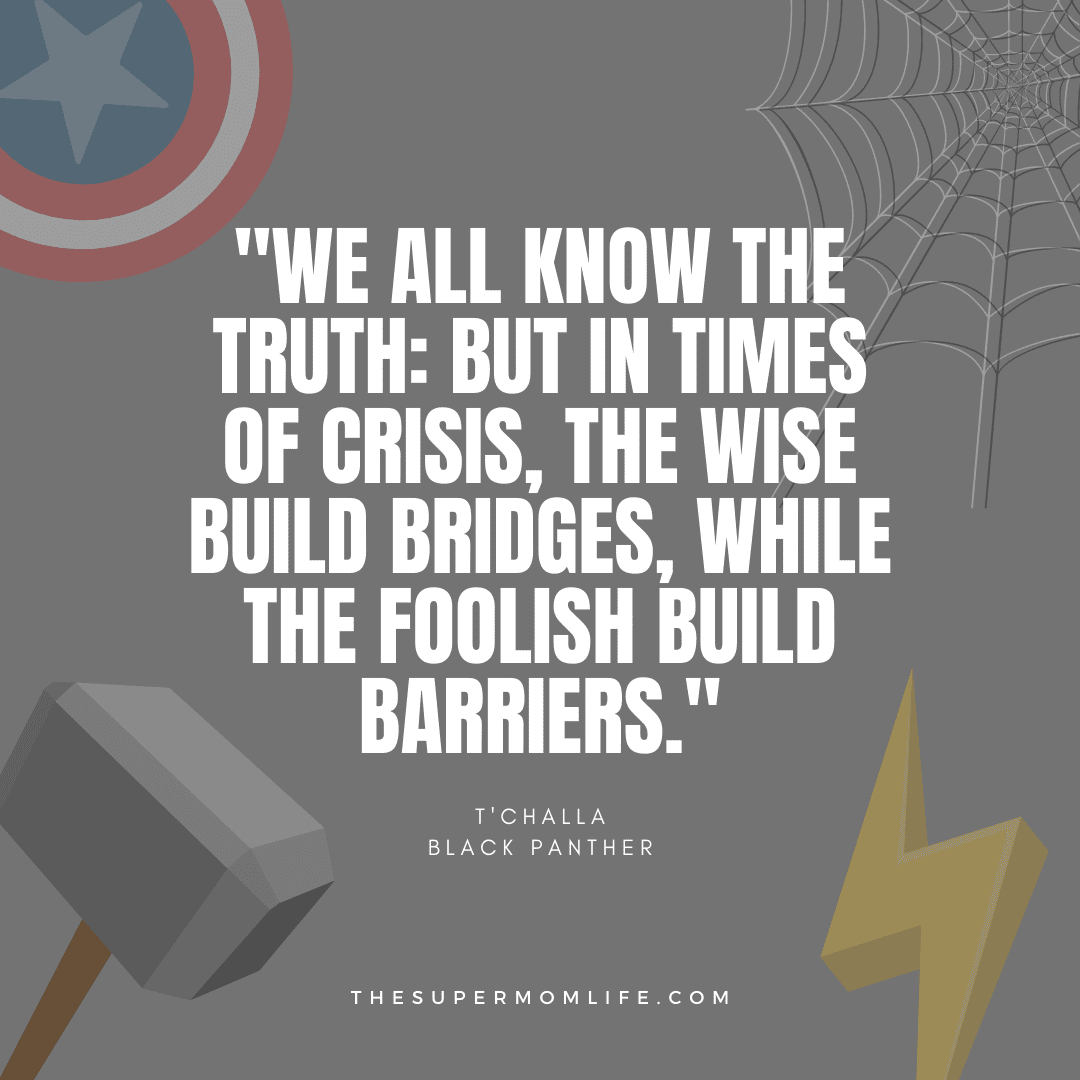 #1 “We all know the truth: But in times of crisis, the wise build bridges, while the foolish build barriers.” – T’Challa, Black Panther 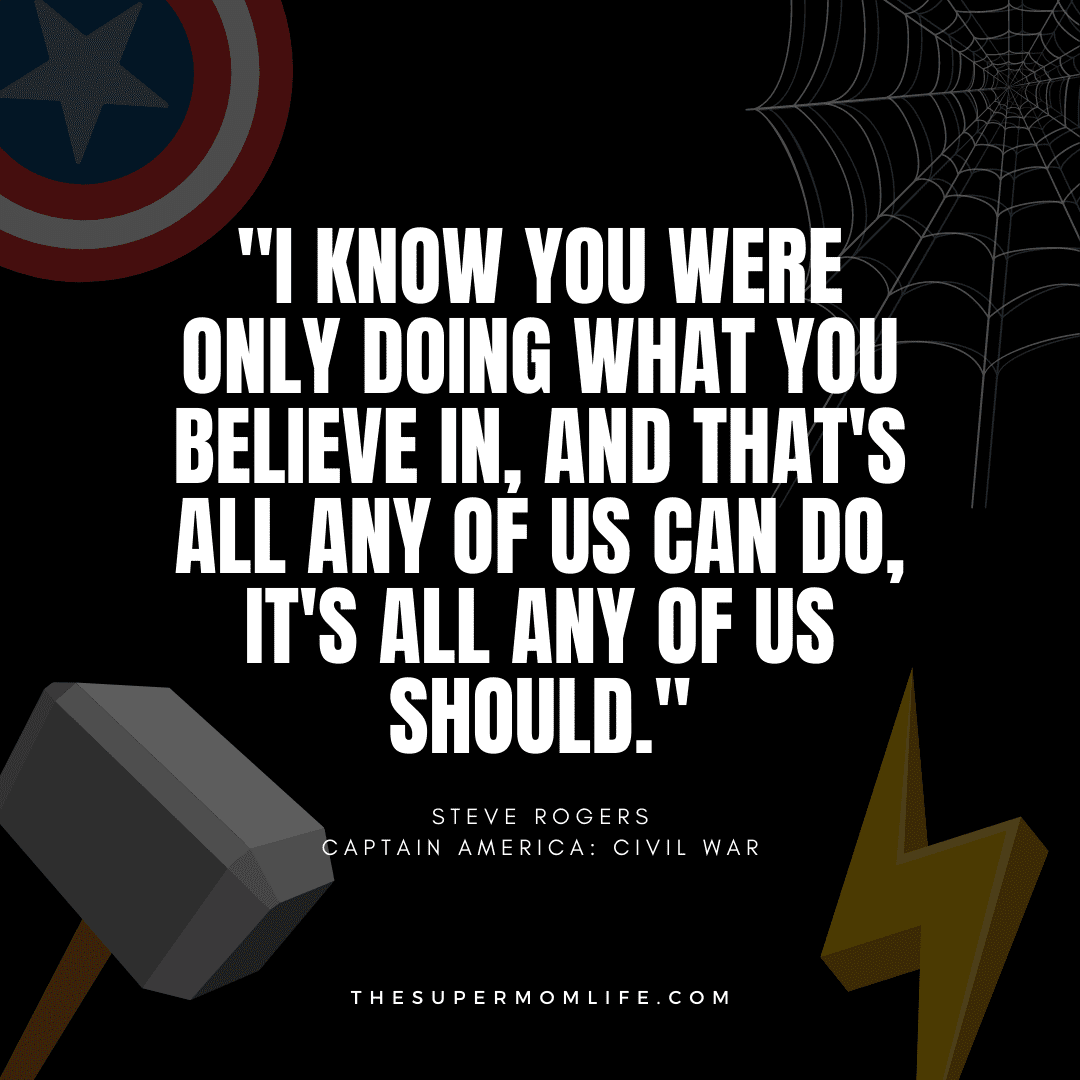 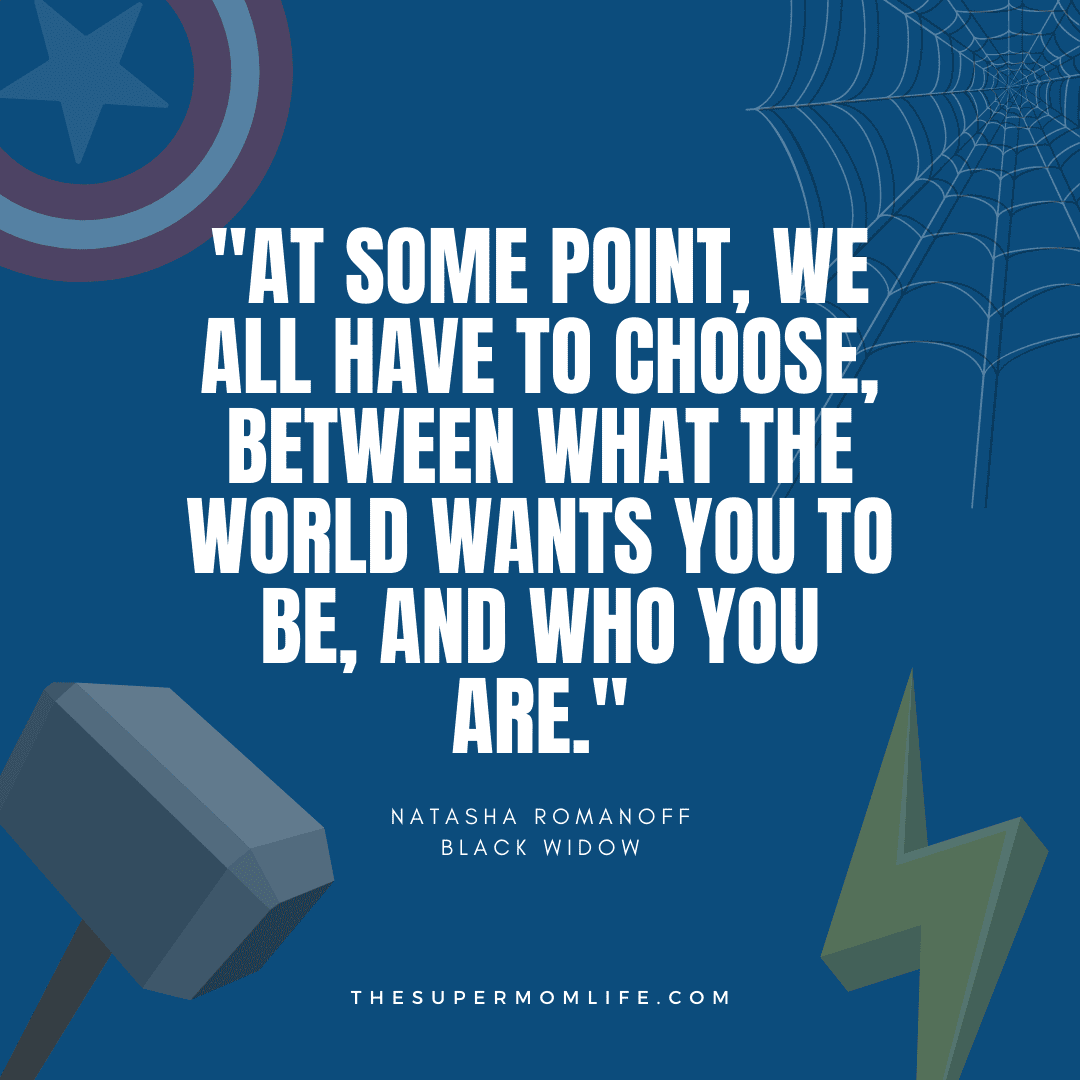 #3 “At some point, we all have to choose, between what the world wants you to be, and who you are.” – Natasha Romanoff, Black Widow 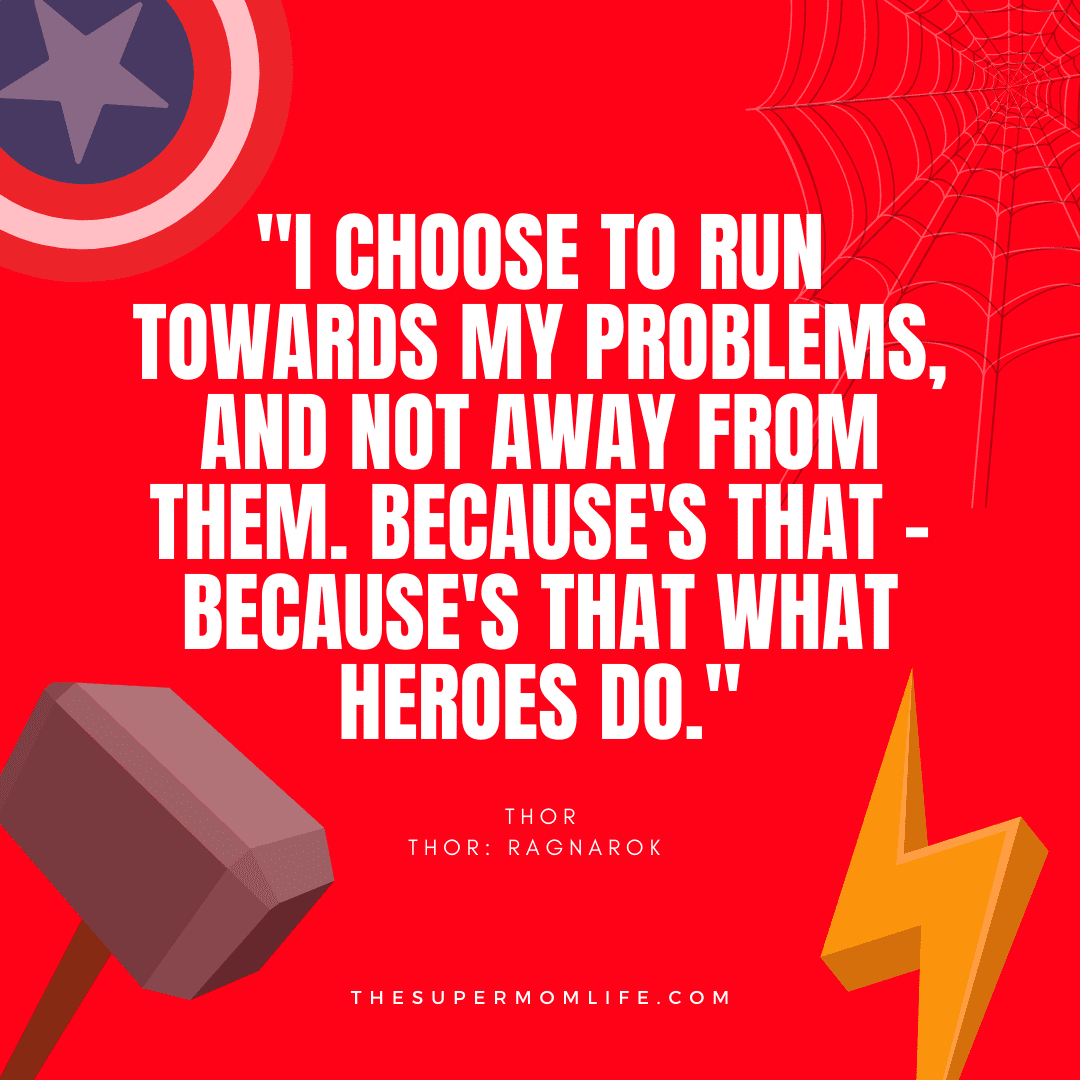 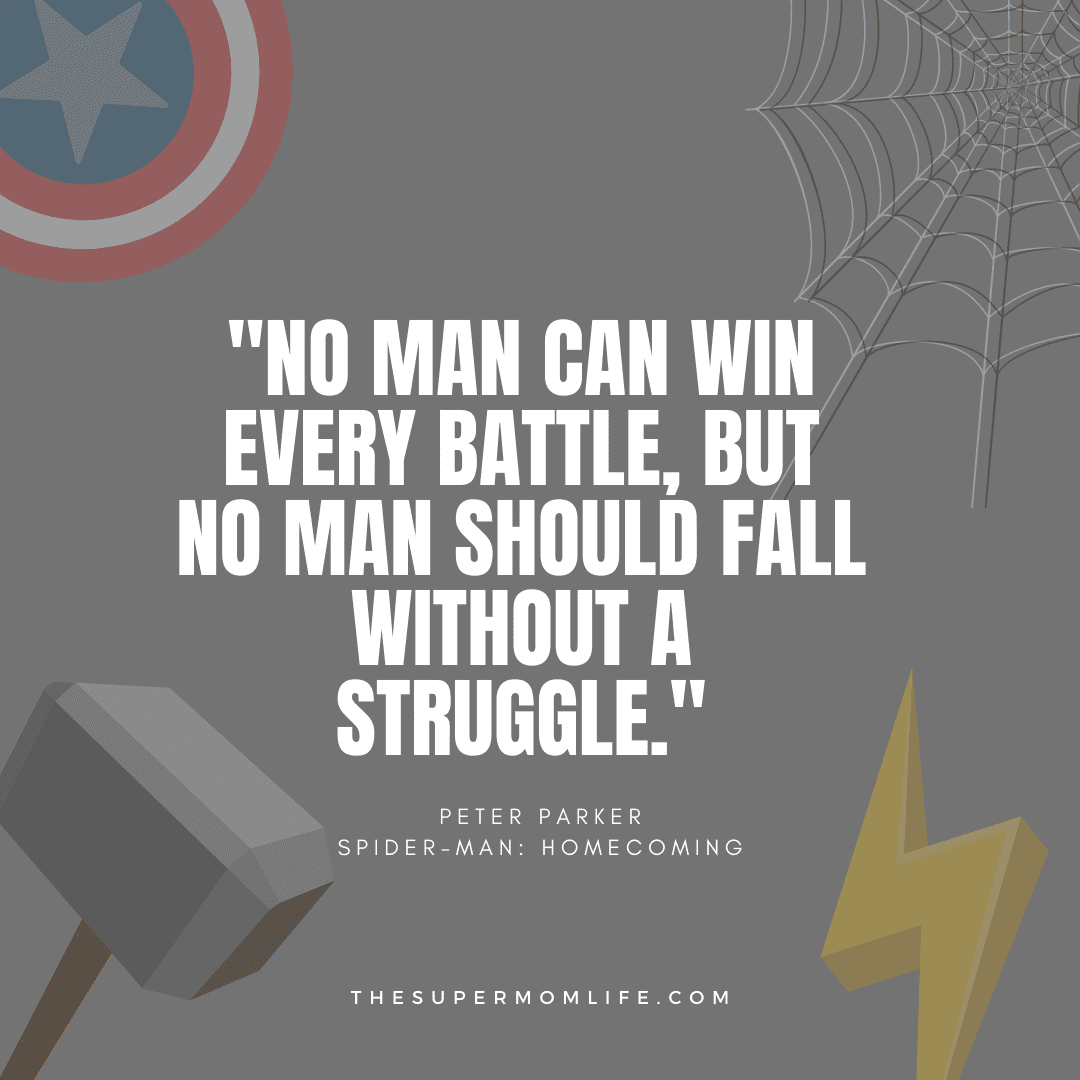 #5 “No man can win every battle, but no man should fall without a struggle.” – Peter Parker, Spider-Man: Homecoming 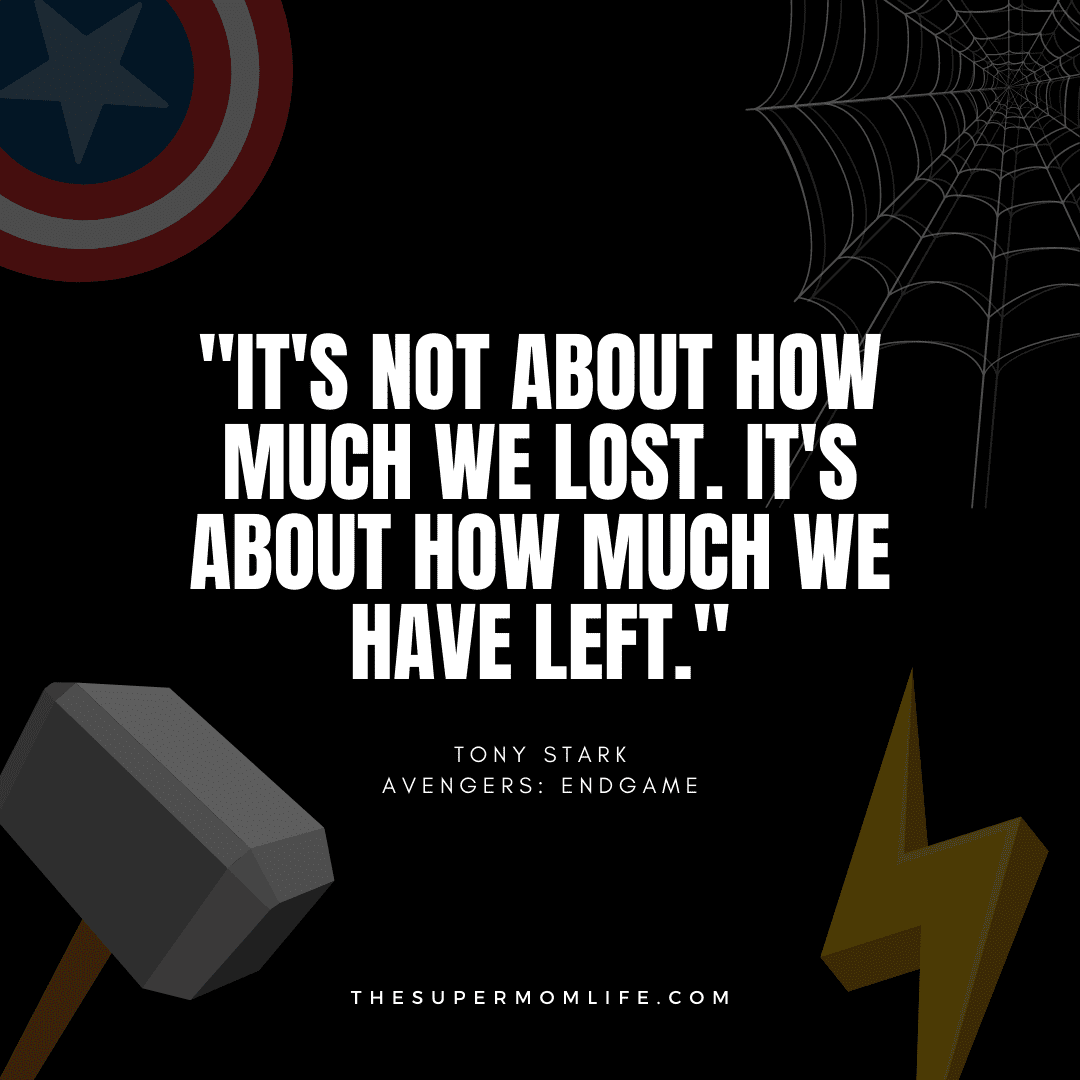 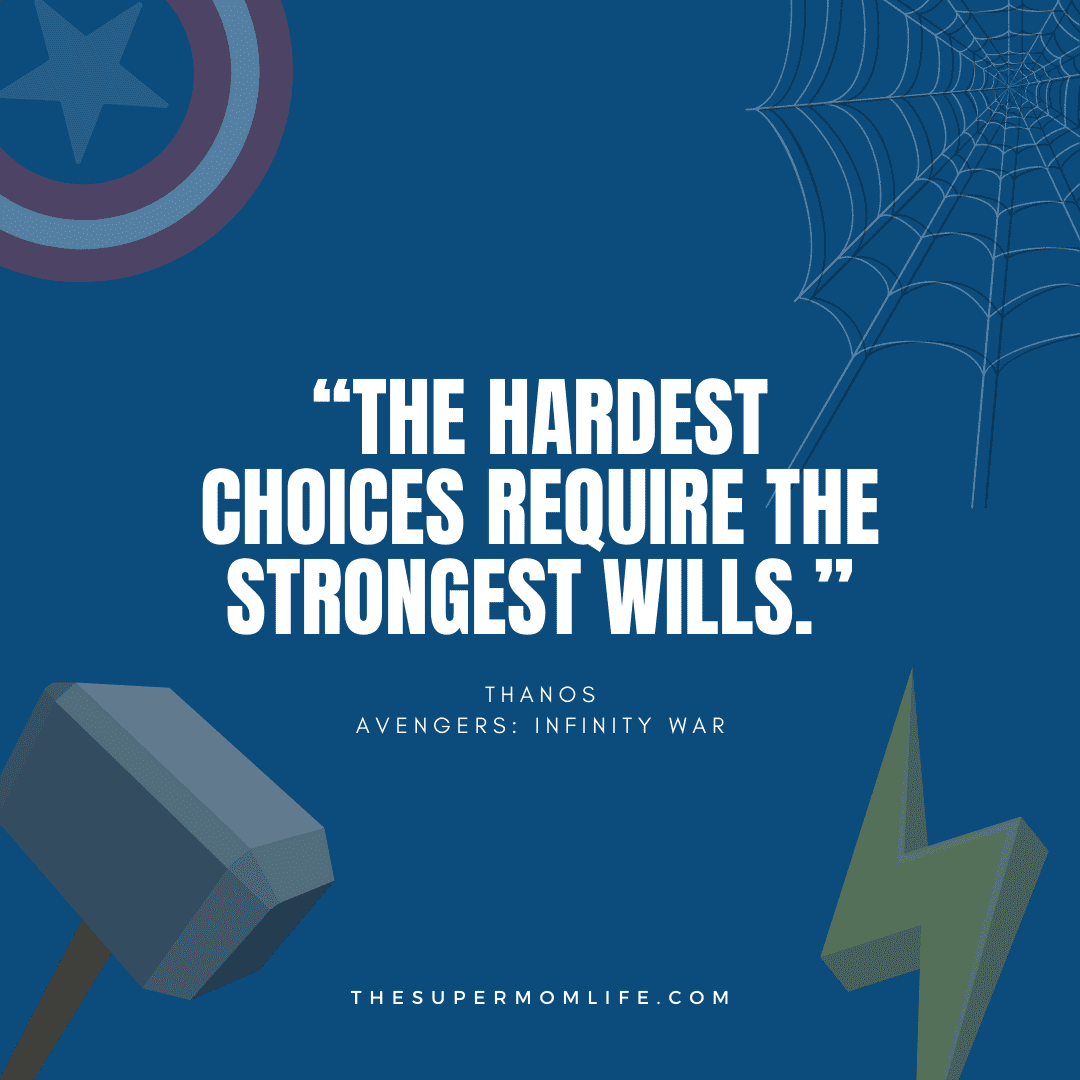 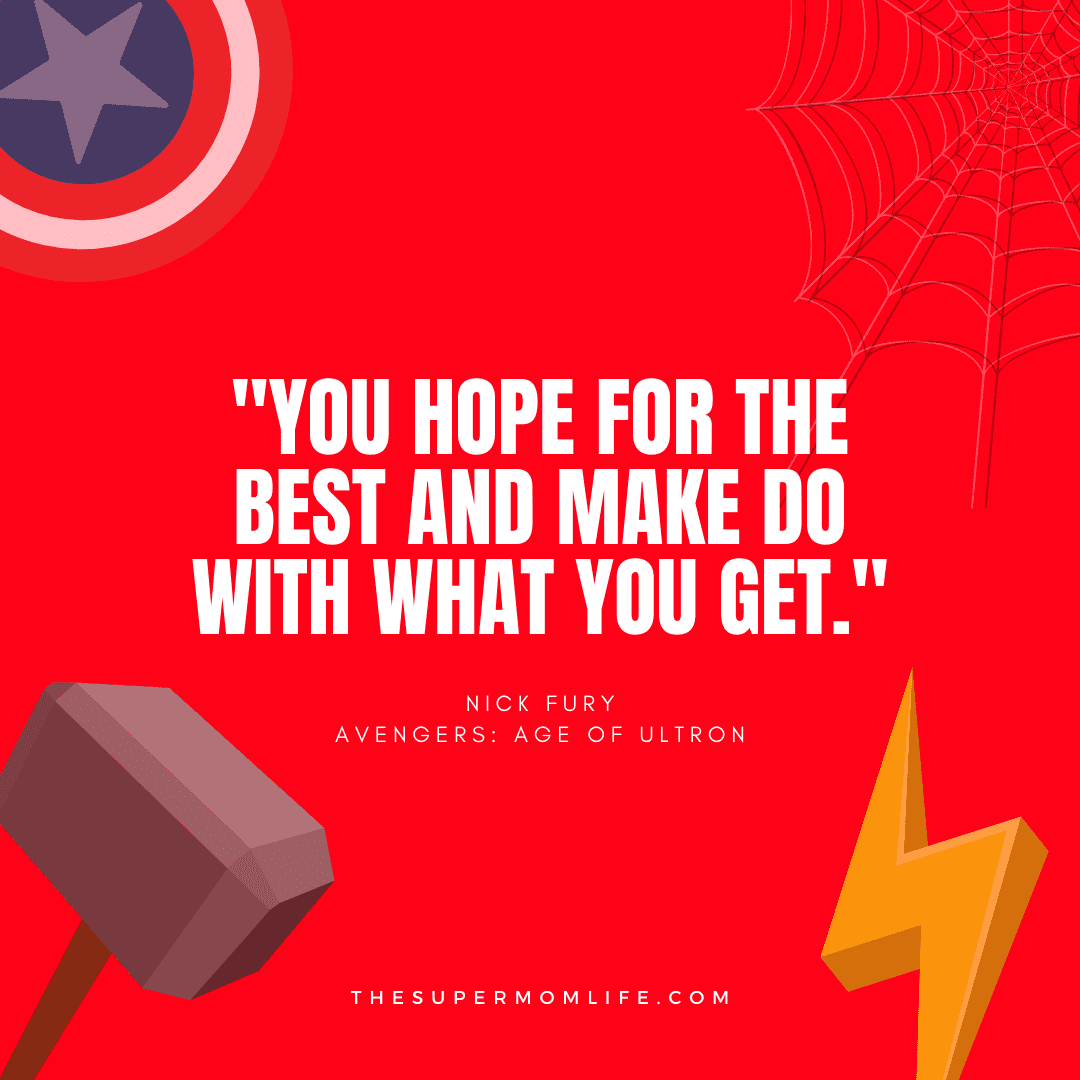 #8 “You hope for the best and make do with what you get.” – Nick Fury, Avengers: Age of Ultron 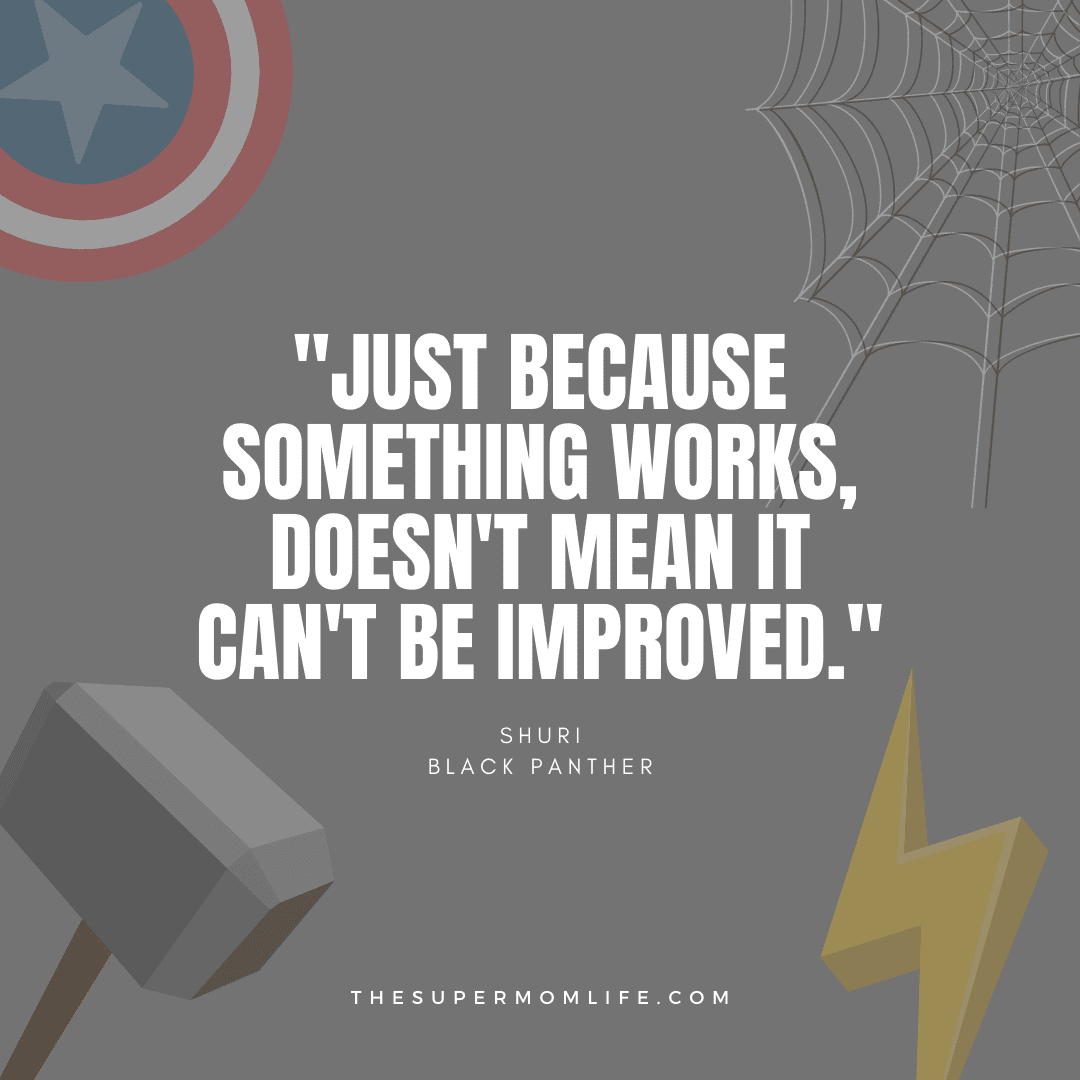 #9 “Just because something works, doesn’t mean it can’t be improved.” – Shuri, Black Panther 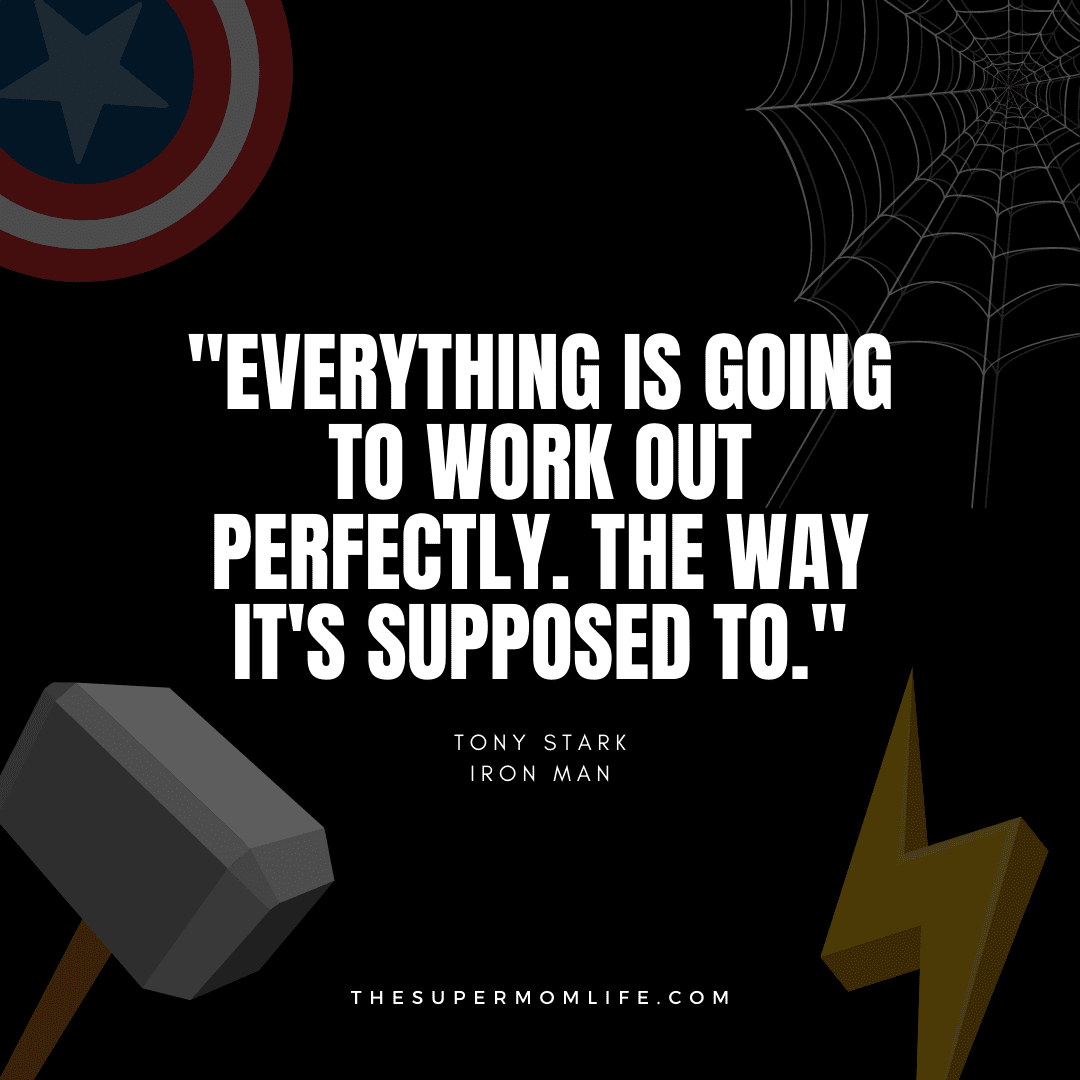 #10 “Everything is going to work out perfectly. the way it’s supposed to.” – Tony Stark, Iron Man 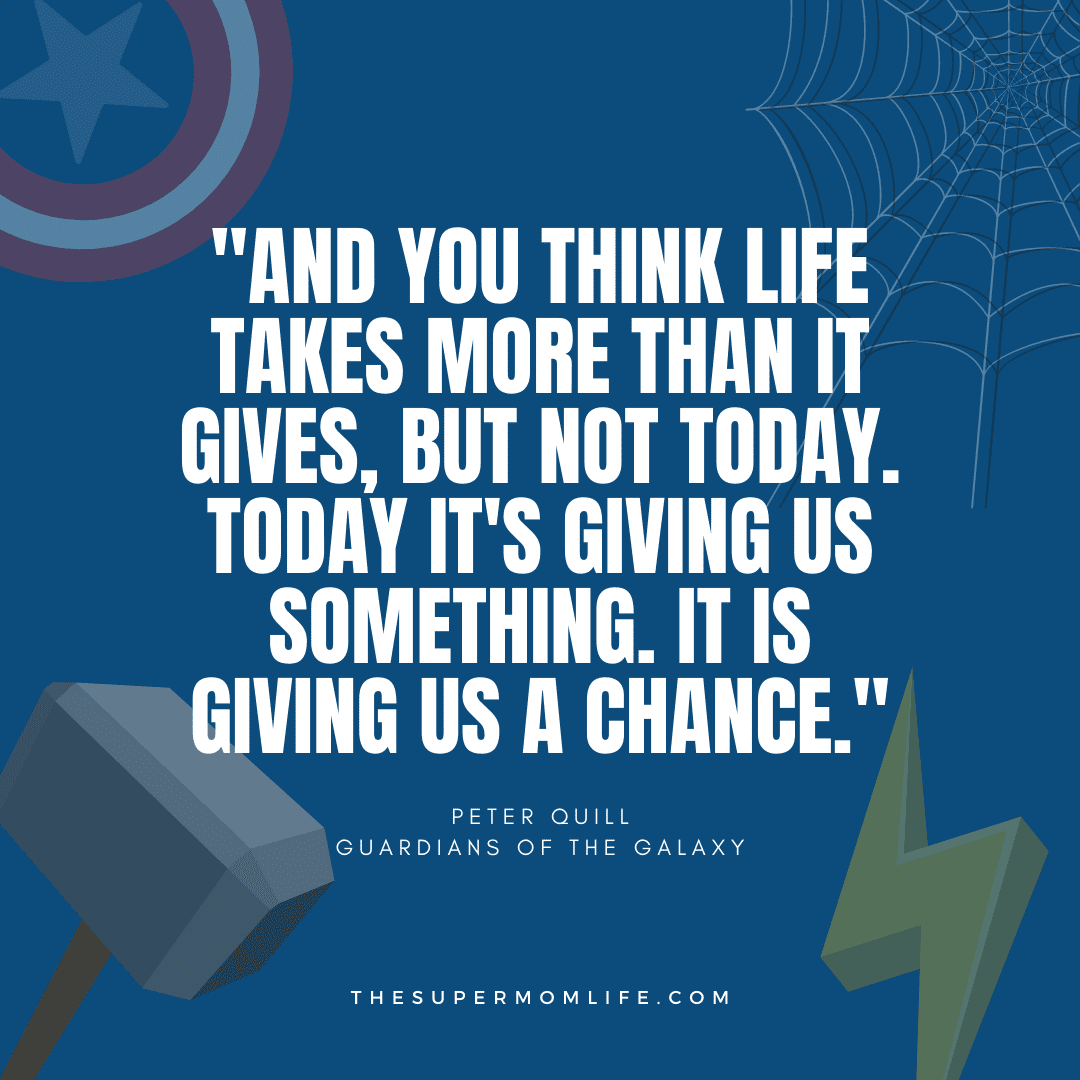 #11 “And you think life takes more than it gives, but not today. Today it’s giving us something. It is giving us a chance.” – Peter Quill, Guardians of the Galaxy 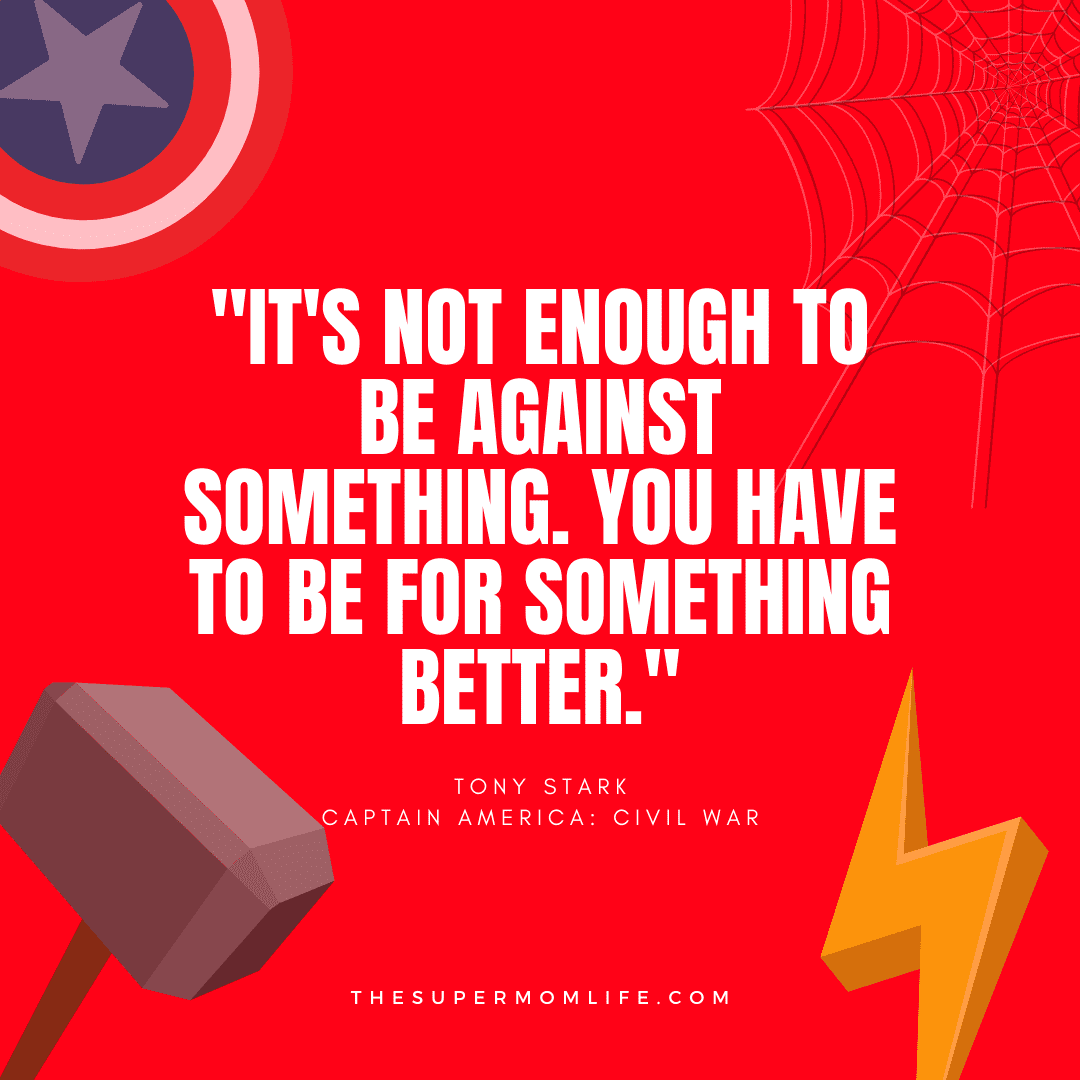 #12 “It’s not enough to be against something. you have to be for something better.” – Tony Stark, Captain America: Civil War 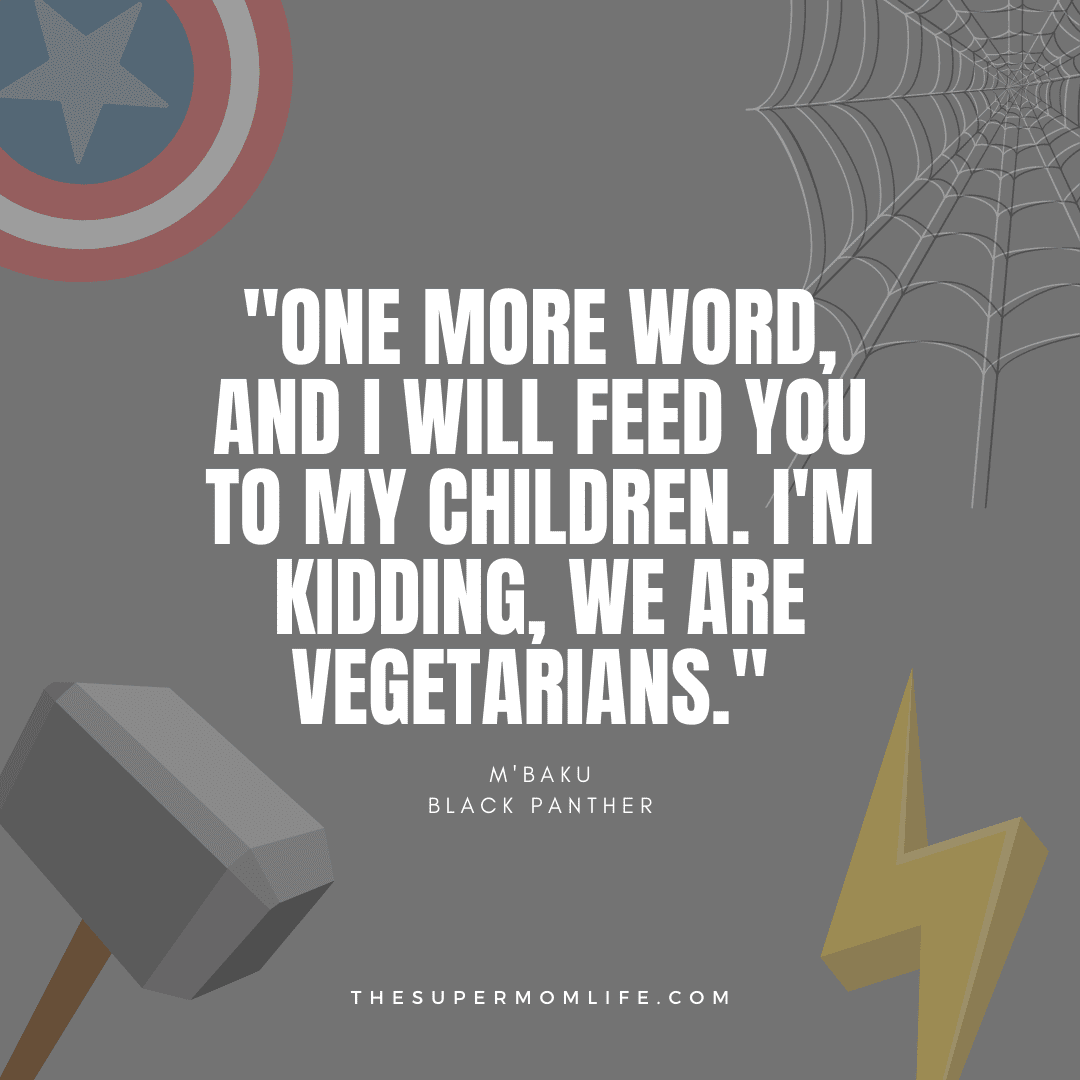 #13 “One more word, and I will feed you to my children. I’m kidding, we are vegetarians.”  – M’Baku, Black Panther 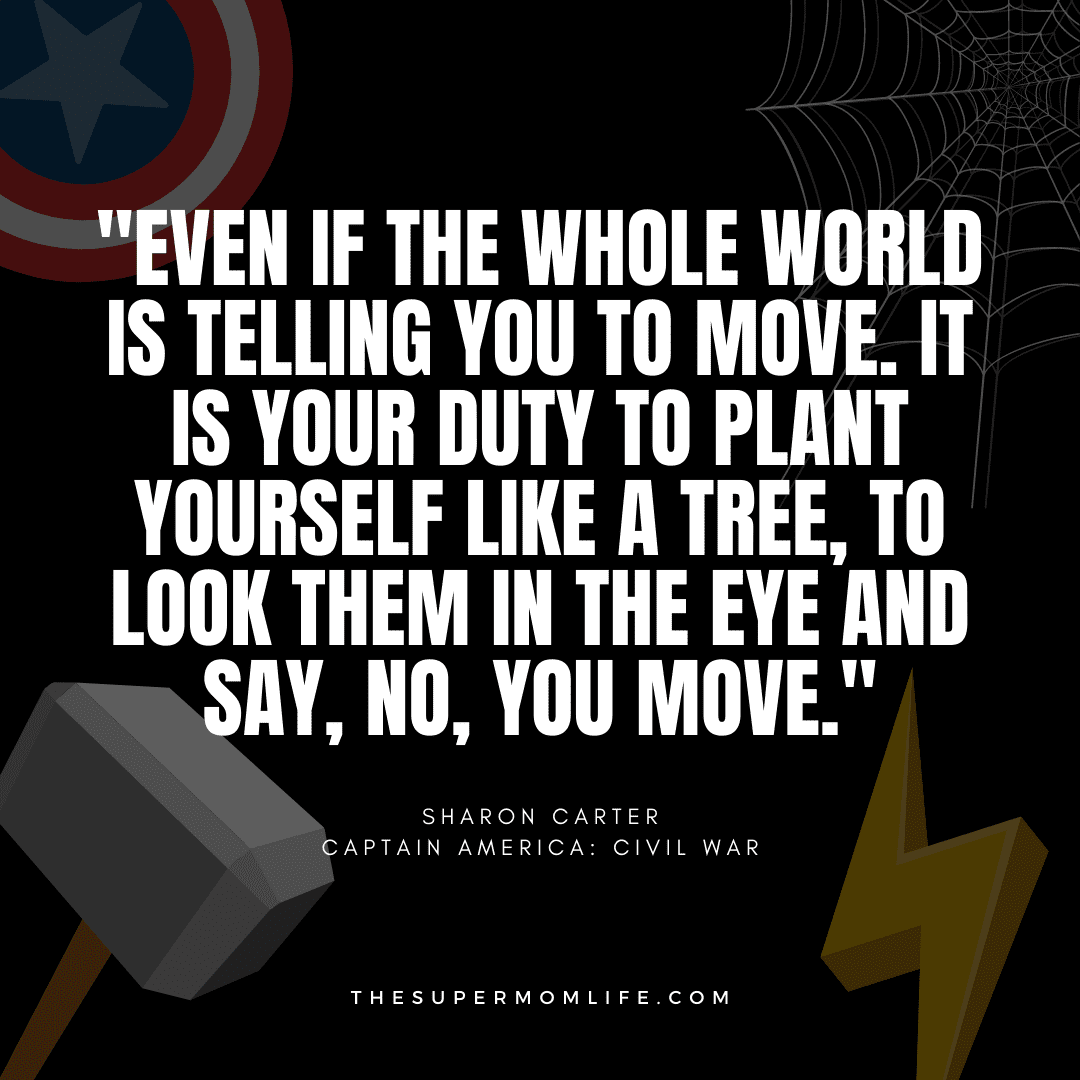 #14 “Even if the whole world is telling you to move. It is your duty to plant yourself like a tree, to look them in the eye and say, no, you move.” – Sharon Carter, Captain America: Civil War 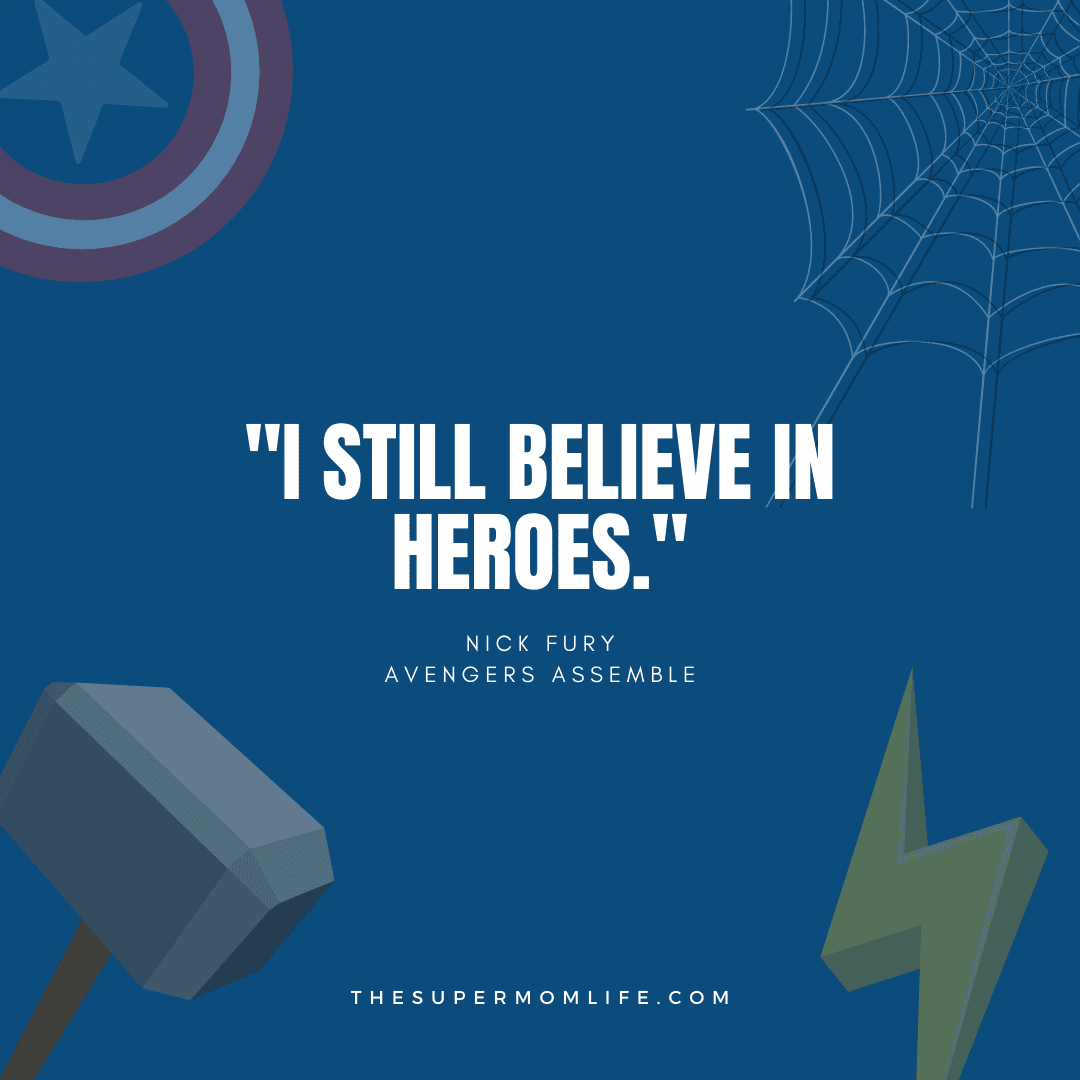 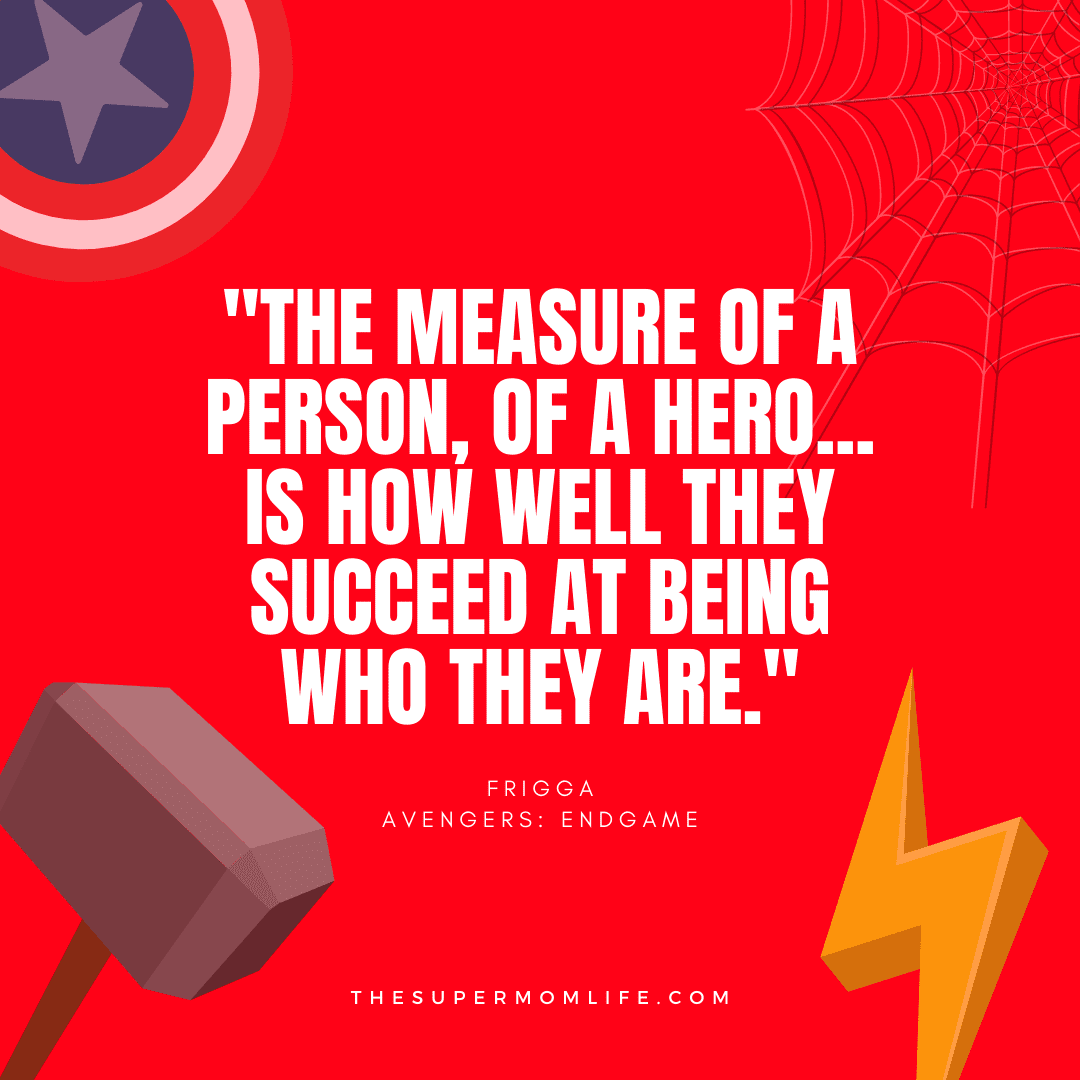 #16 “The measure of a person, of a hero… is how well they succeed at being who they are.” – Frigga, Avengers: Endgame 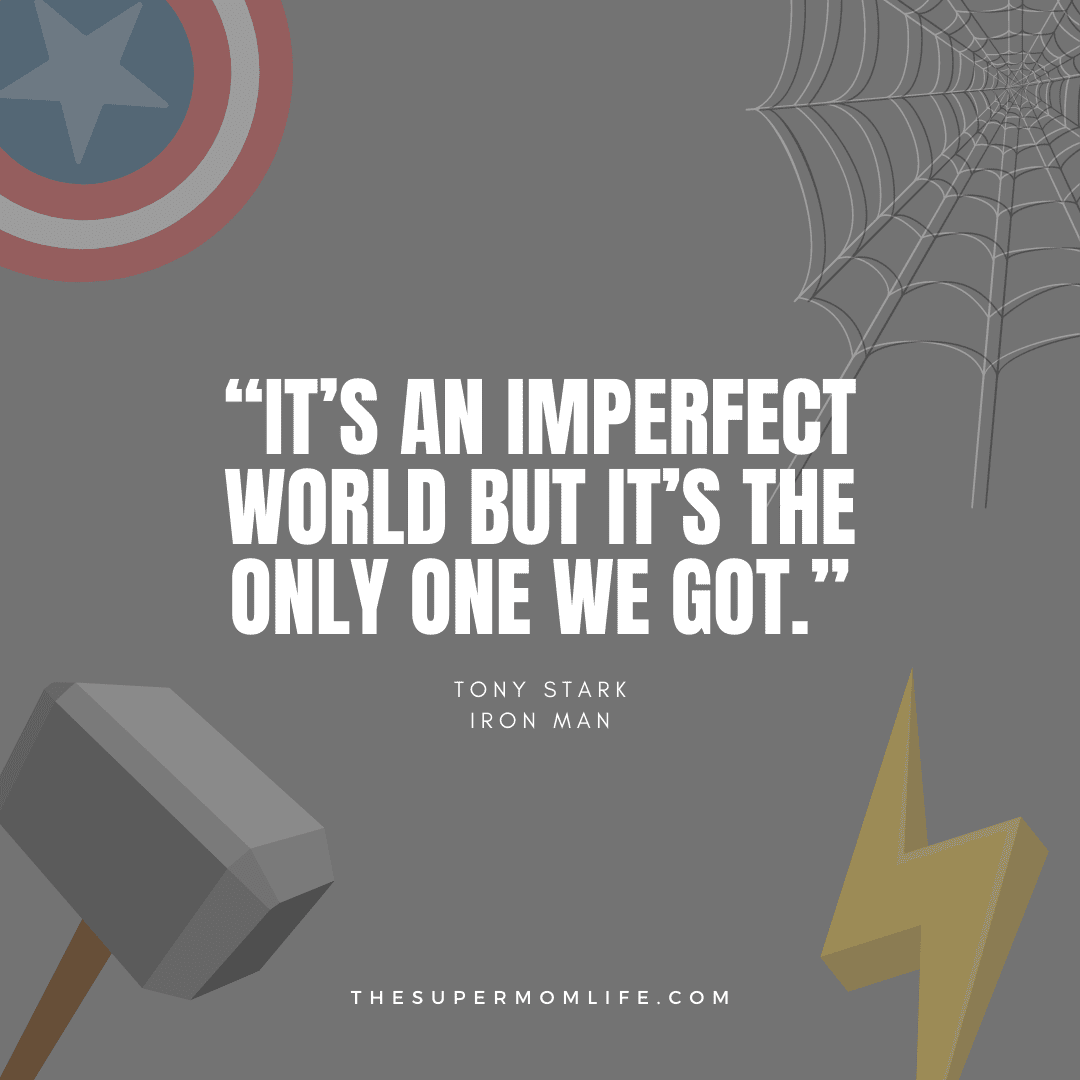 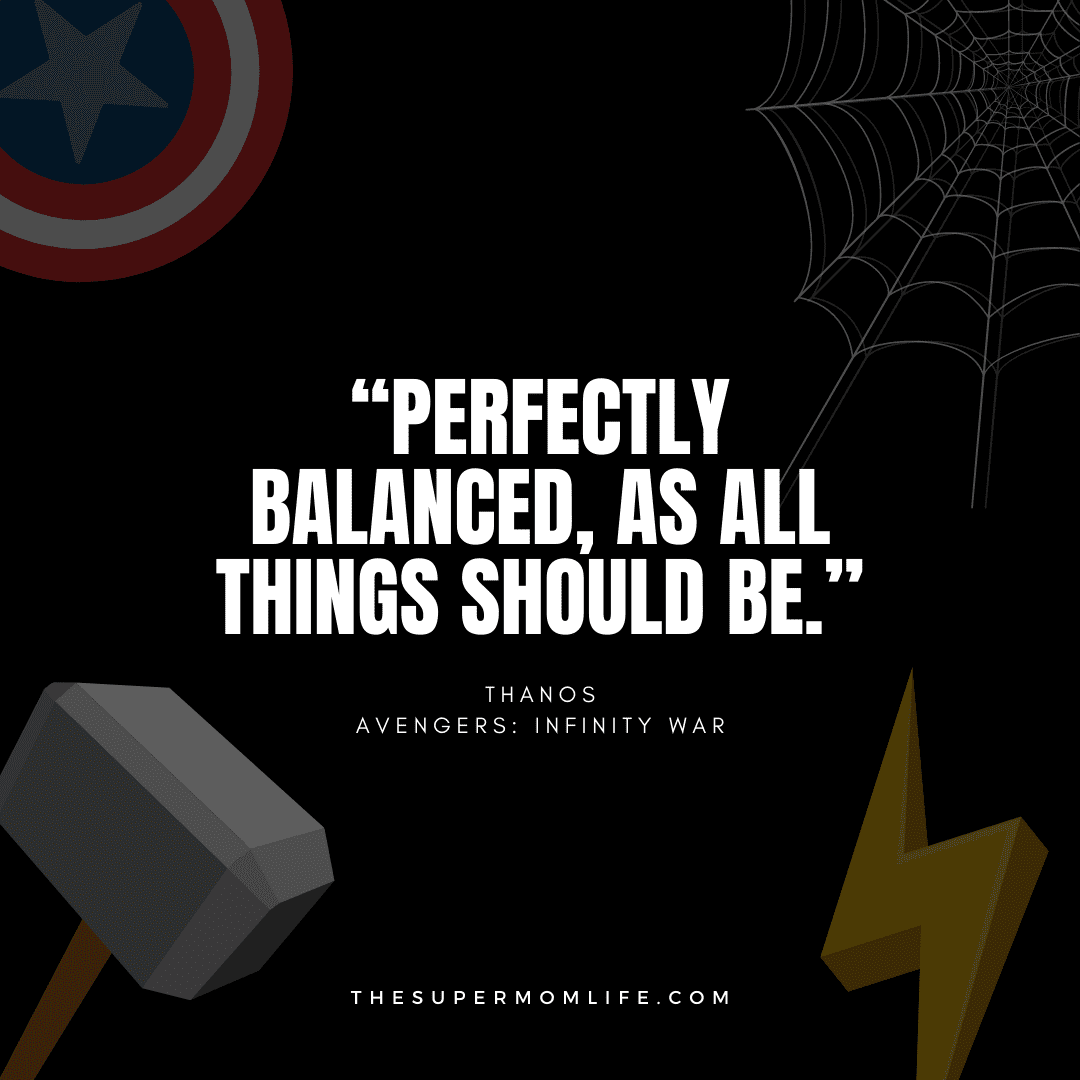 #18 “Perfectly balanced, as all things should be.” – Thanos, Avengers: Infinity War 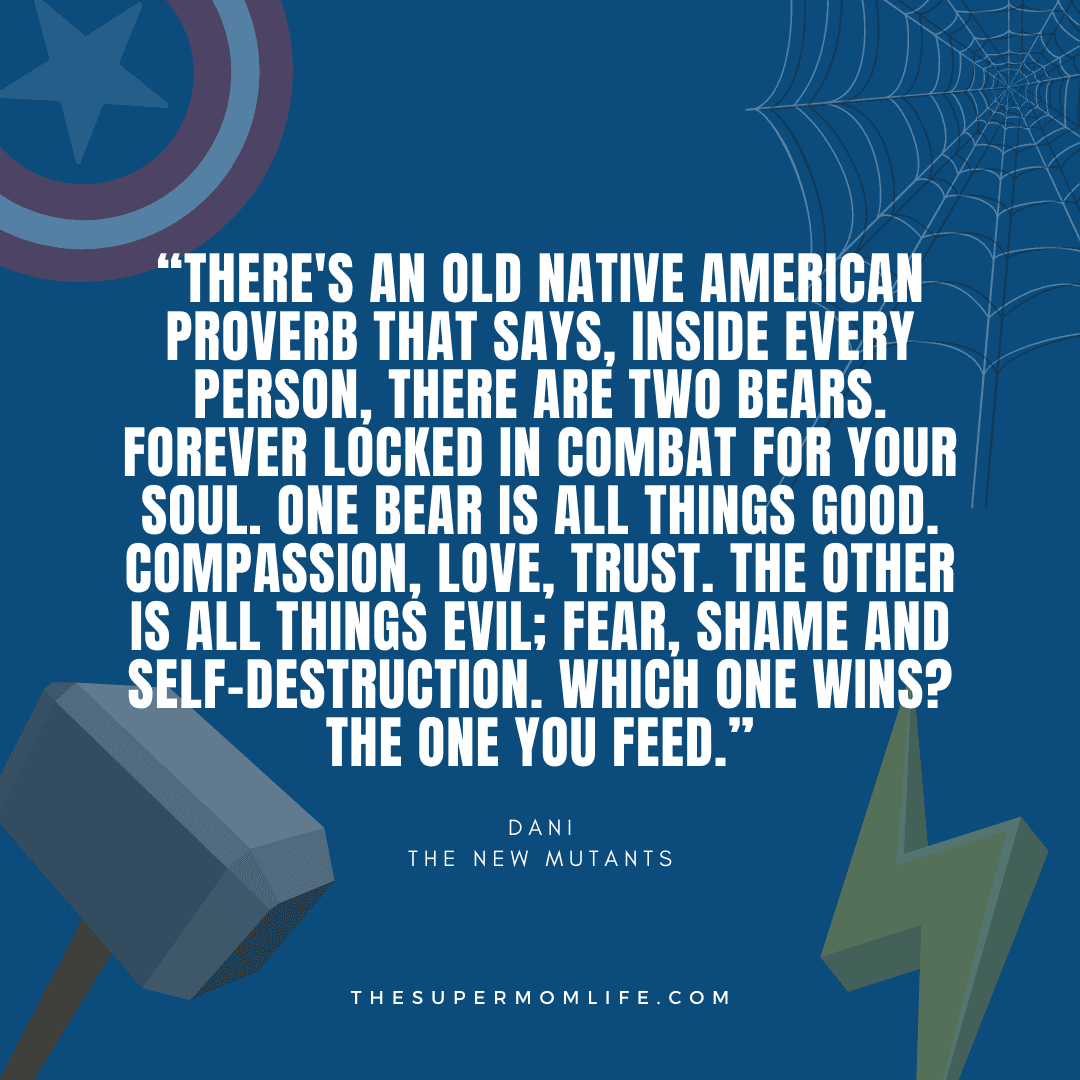 #19 “There’s an old Native American proverb that says, inside every person, there are two bears. Forever locked in combat for your soul. One bear is all things good. Compassion, love, trust. The other is all things evil; fear, shame, and self-destruction. Which one wins? The one you feed.” – Dani, The New Mutants 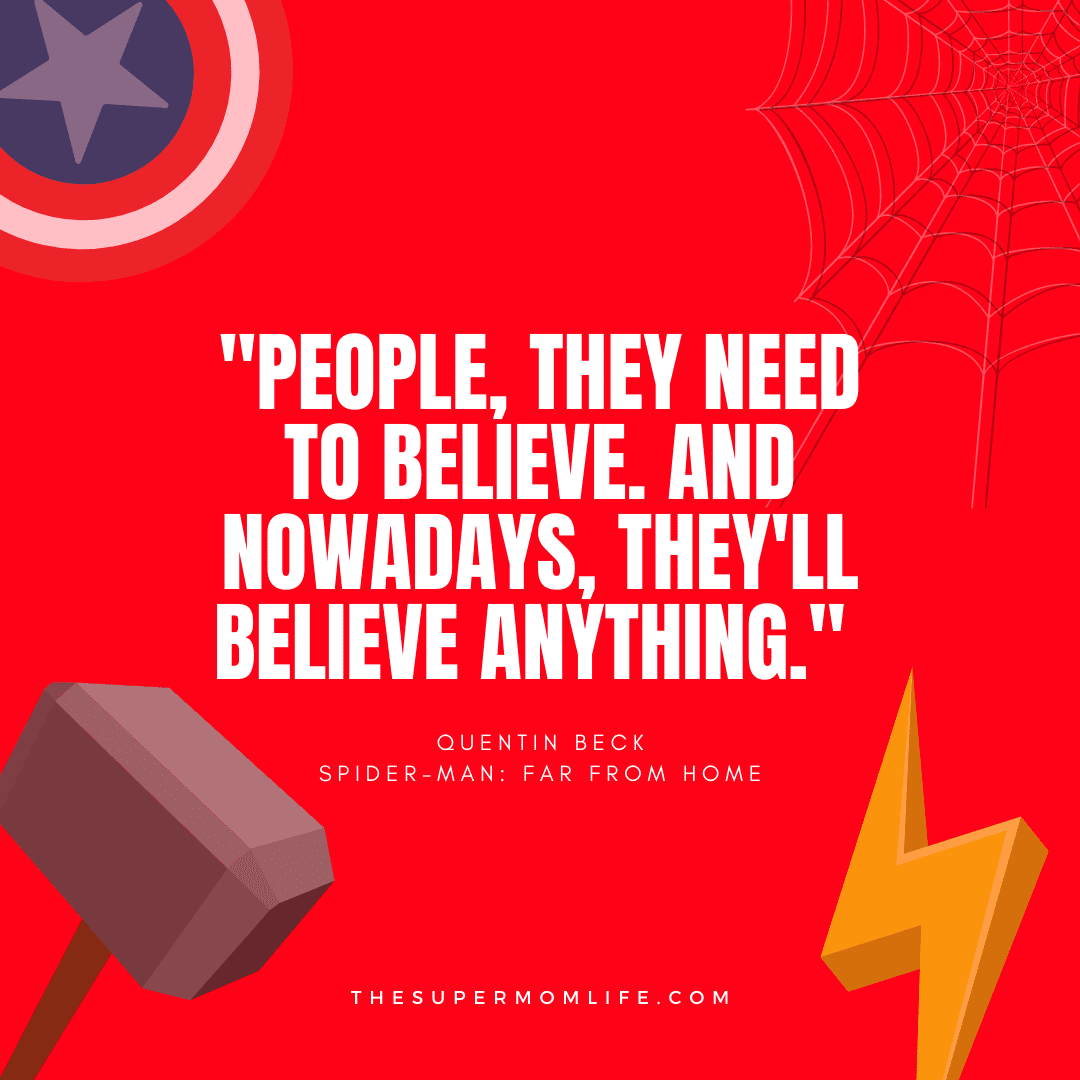 #20 “People, they need to believe. And nowadays, they’ll believe anything.” – Quentin Beck, Spider-Man: Far from Home 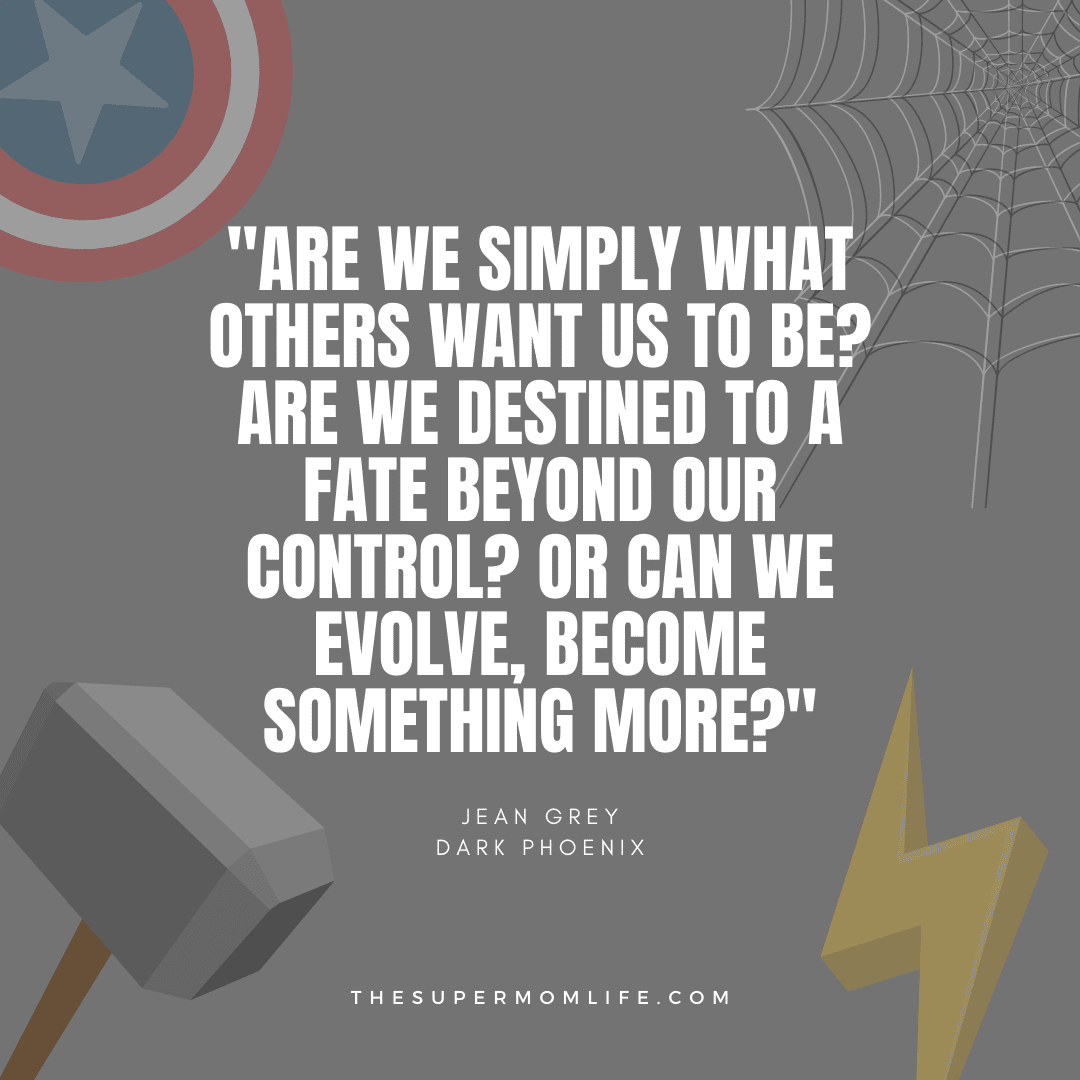 #21 “are we simply what others want us to be? are we destined to a fate beyond our control? or can we evolve, become something more?” – Jean Grey, Dark Phoenix 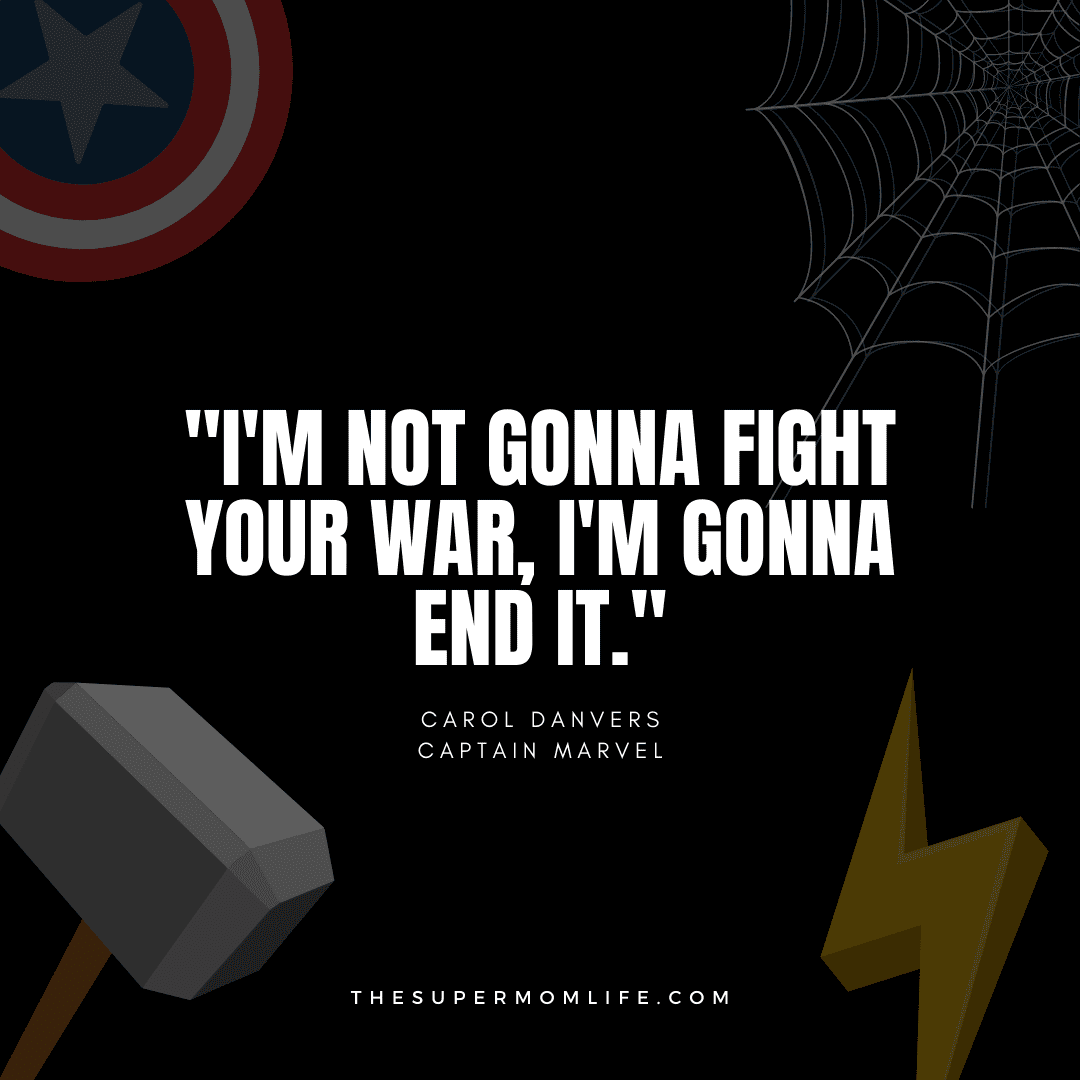 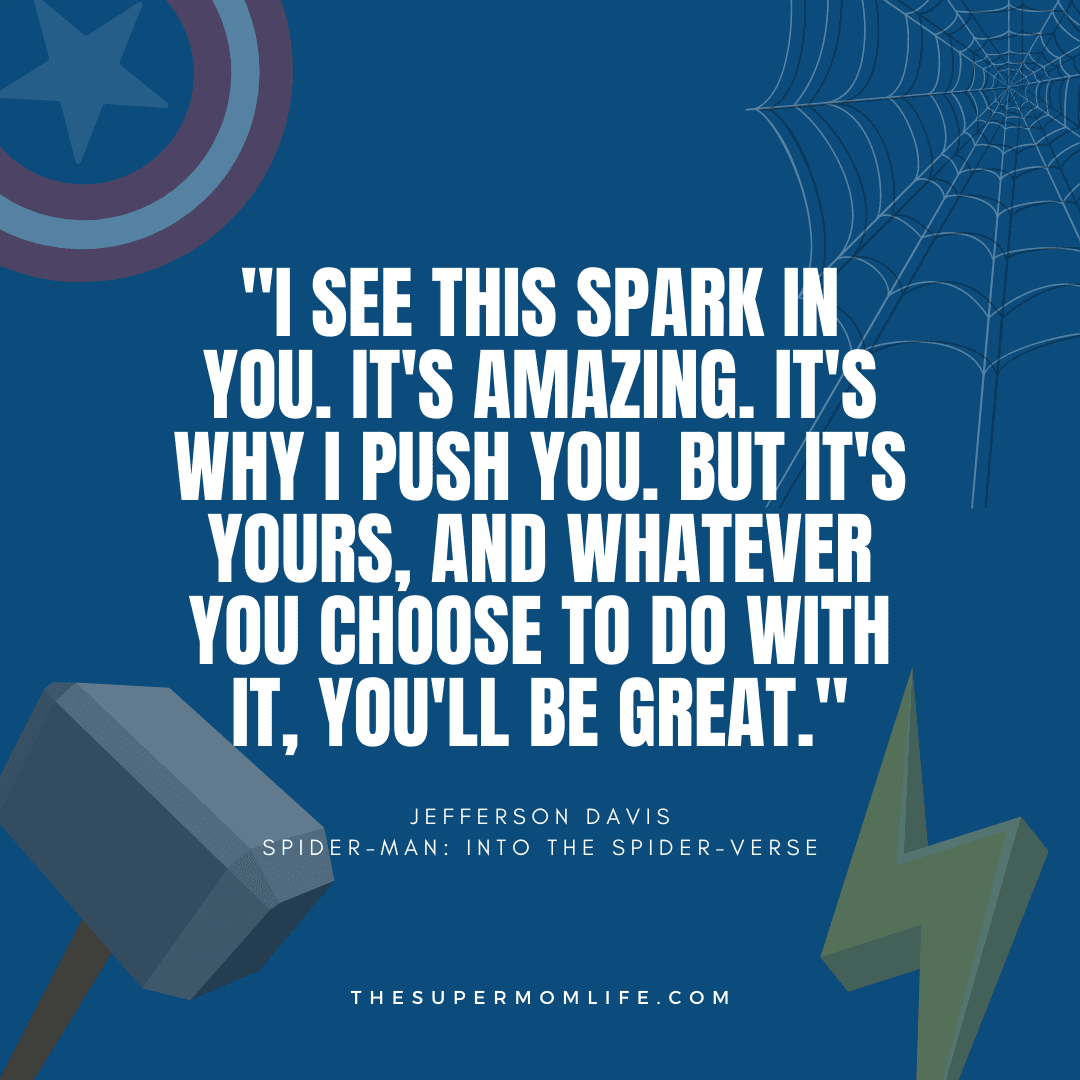 #23 “I see this spark in you. It’s amazing. It’s why I push you. But it’s yours, and whatever you choose to do with it, you’ll be great.” – Jefferson Davis, Spider-Man: Into the Spider-Verse 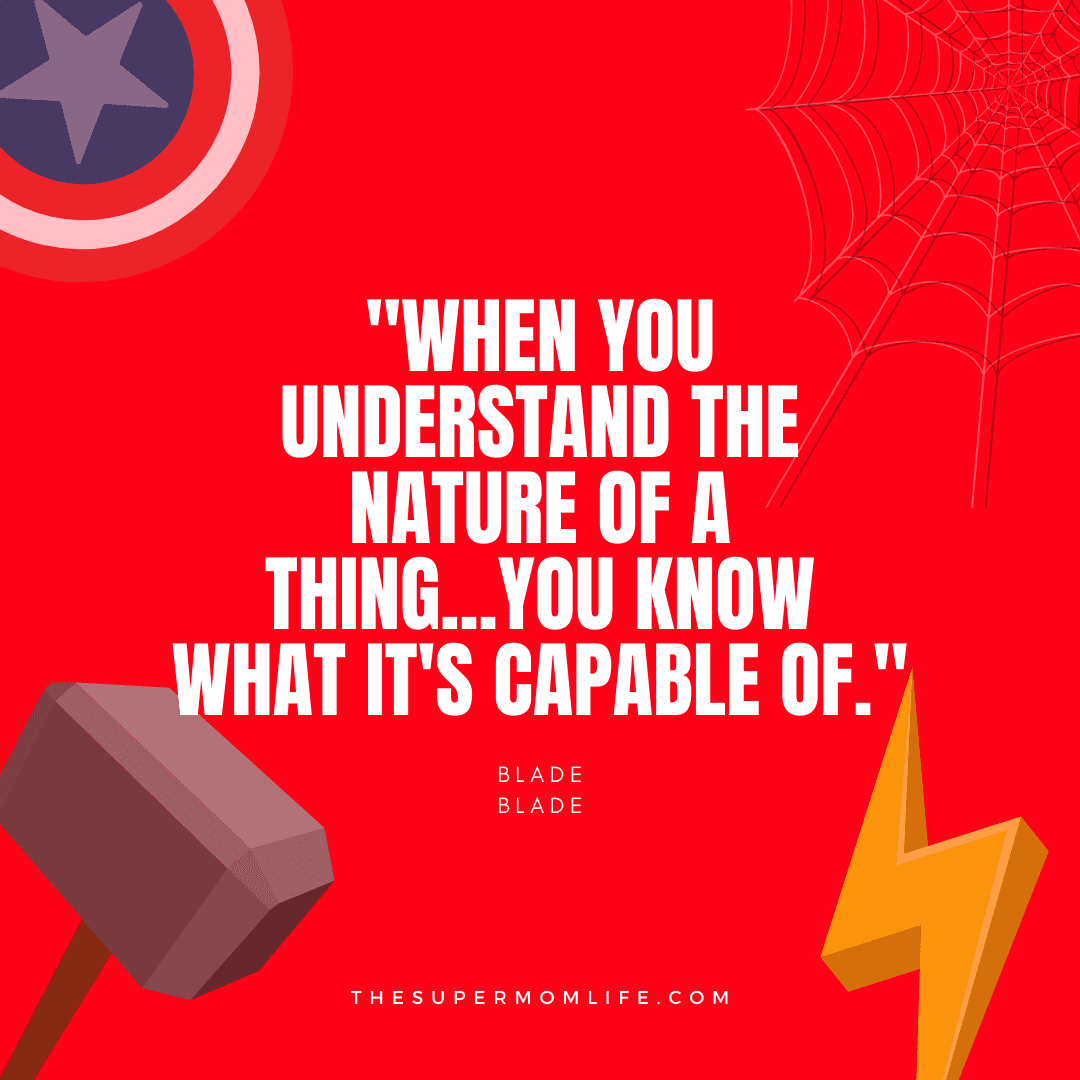 #24 “When you understand the nature of a thing…you know what it’s capable of.” – Blade, Blade 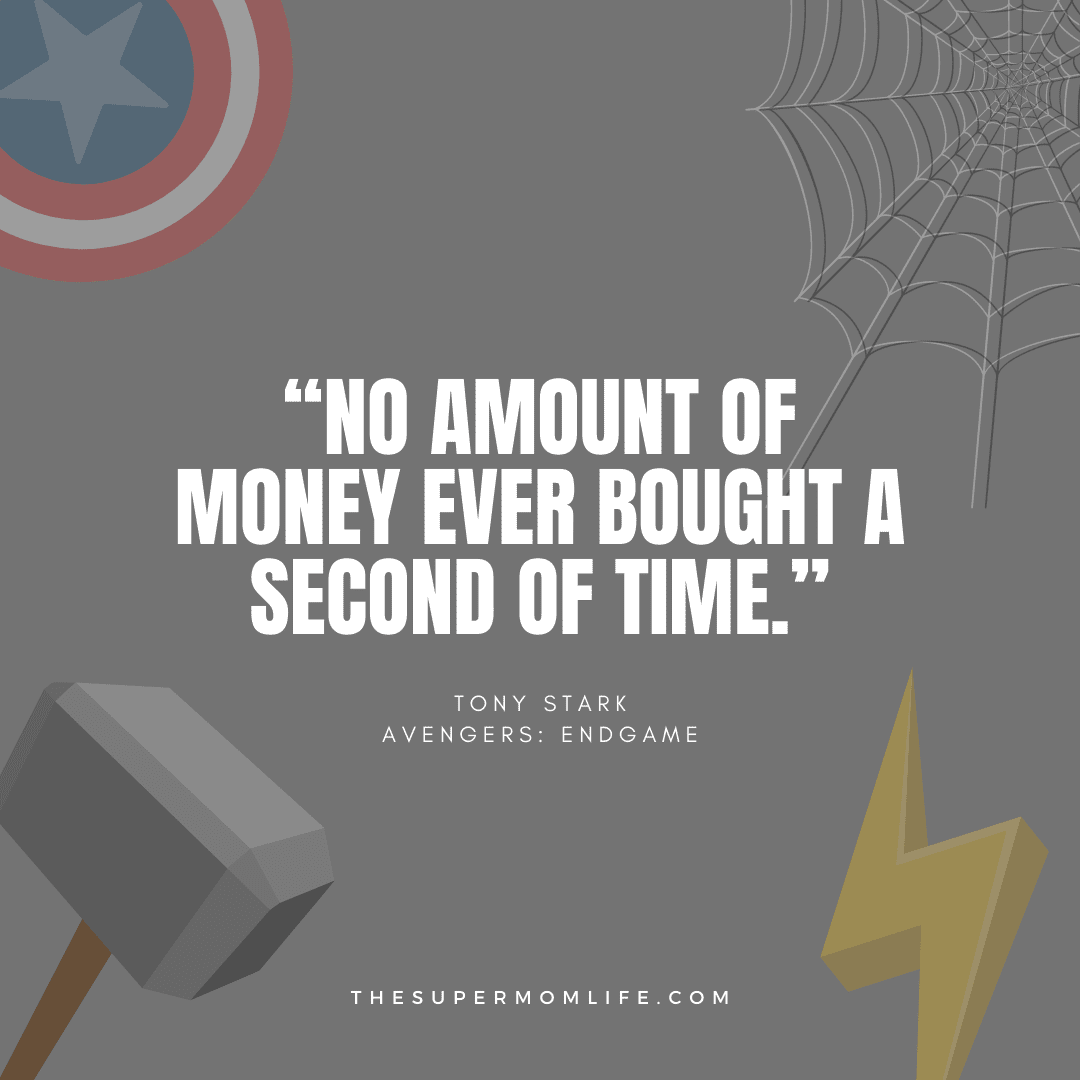 #25 “No amount of money ever bought a second of time.” – Tony Stark, Avengers: Endgame

What are the 71 Marvel movies in order of release?

Which is your favorite Marvel movie line? Are you a Marvel fan? Comment below and share your thoughts! We love to hear from our readers!

Also, don’t forget to check out our other quotes posts! 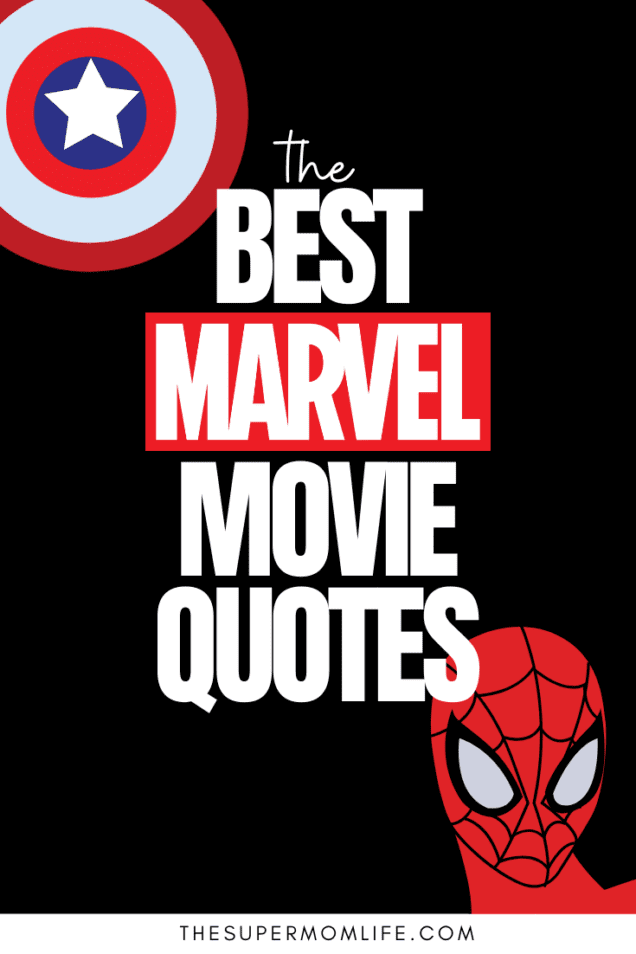 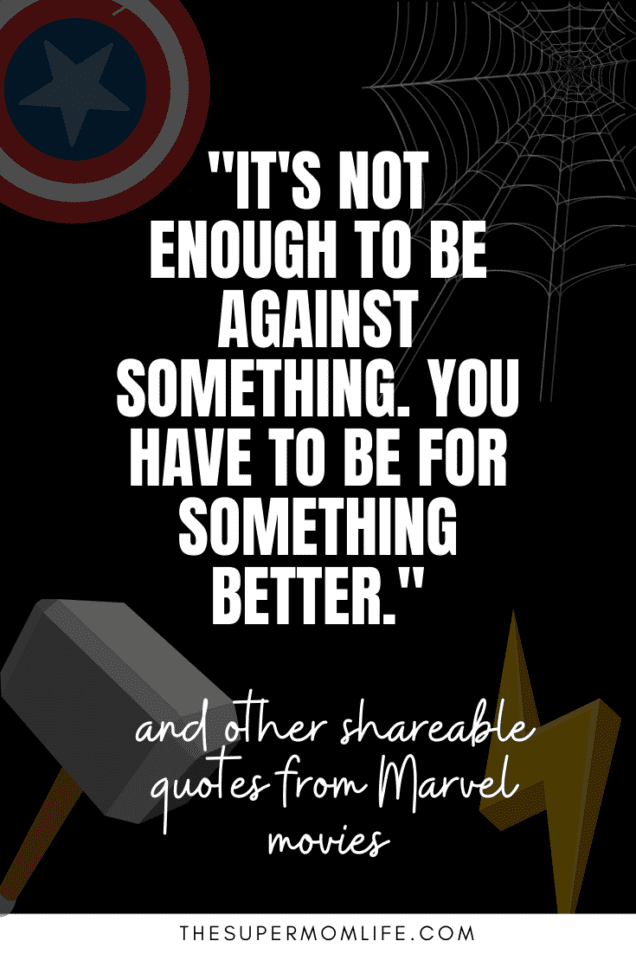 The Most Binge-Worthy Reality Shows

The Most Binge-Worthy Reality Shows

We Can Be Heroes Virtual Press Junket

The Best Movies that Make Us Cry

Download our three fun Halloween ideas including a scavenger hunt, a mad lib and you’ve been boo’ed!