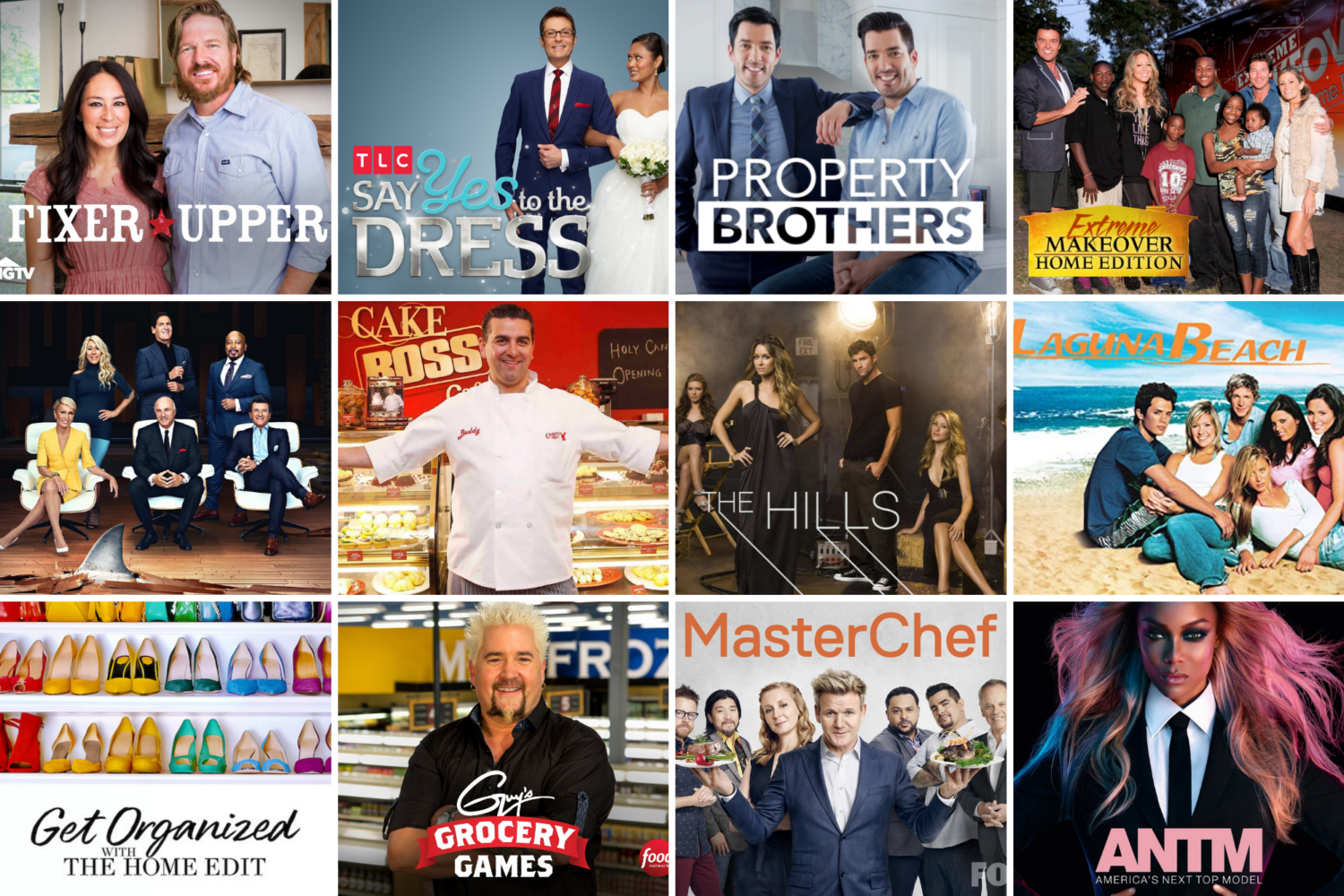 We’ve been having so much fun on our Instagram story polls and so many have asked that I share a list of results so that you guys will know what is binge-worthy these days. So today, I’m sharing the results for the best reality shows of all time.

I’ve been a fan of reality shows since the first The Real World episode aired. There is something about watching (mostly) real-life unfold on television that is better than any drama series. At least to me.

So if you are looking for some new reality shows to stream, here are the favorites, according to my Instagram followers.

Chip and Joanna Gaines own and operate Magnolia Homes, a remodeling and design business in Waco, Texas, and “Fixer Upper” shows the process by which the couple turns dilapidated but potential-rich houses into showplaces that are helping revitalize whole neighborhoods throughout central Texas. Chip manages the construction and realty side of Magnolia and Joanna is the lead designer. They also act as part-time counselors to clients who can’t see a structure’s beauty beyond the blemishes. Combined, Chip and Joanna save homes that look hopeless, renovating the imperfect, and revealing them as what they were always intended to be.

Inside Kleinfeld Bridal, the Manhattan-based bridal salon that is arguably the world’s finest. More than 250 professionals, most of them veterans from the shop’s early days in Brooklyn, bend over backward to make each bride’s experience unforgettable. Part bridal story, part fashion makeover, and part family therapy session, each “Say Yes to the Dress” episode looks at the personalities and craftsmanship that come into play as the Kleinfeld staff goes to sometimes extreme lengths to realize each bride’s dreams.

Twin brothers Jonathan and Drew Scott aim to help couples find fixer-uppers and transform them into dream homes. The brothers use state-of-the-art imagery programs to unveil their plans for how the properties will look after the transformation. But the potential home buyers have to take a risk to make the twins’ vision come true, and it’s up to Jonathan and Drew to convince the couples that purchasing an older home in need of work is the best option.

During one week, designers race the clock to completely renovate a house for a deserving family; the crew overhauls every room, as well as the exterior and landscaping. This one was by far, one of our favorite reality shows!

“Shark Tank,” the critically acclaimed and multi-Emmy® Award-winning entrepreneurial-themed reality show that has reinvigorated entrepreneurship in America, returns to ABC this fall for its eleventh season. The business-themed show that has become a culturally defining series and inspires a nation to dream bigger recently amassed an amazing $100 million in deals offered in the Tank. The Sharks – tough, self-made, multimillionaire and billionaire tycoons – continue their search to invest in the best businesses and products that America has to offer. They will once again give people from all walks of life the chance to chase the American dream and potentially secure business deals that could make them millionaires.

Buddy Valastro’s family-owned business, Carlo’s Bakery in Hoboken, N.J., is booming, and it’s bound to get even busier after viewers get an inside look at how Buddy and his staff, including his mom, four sisters, and three brothers-in-law, produce thousands of wedding cakes, specialty cakes (as in Britney Spears’ circus-theme 27th birthday cake) and pastries every week.

`The Hills’ follows the personal and professional lives of several young adults living in Los Angeles. Looking for some stability in her life, Kristin attempts to mend fences with Audrina and Heidi, but a rumor about her hard-partying lifestyle gets in the way. Also adding unrest is her relationship with Brody … or lack of one, now that he has his eyes on someone he’s never been able to snare – Audrina. And no one has changed more than Heidi, who looks for the approval of her mother and friends after undergoing numerous cosmetic surgeries. She also has to decide if her marriage to Spencer, now acting more distant than ever, is worth saving.

Following eight beautiful teenagers from the small coastal city of Orange County, through the dramas of friendship, sex, and growing up. Laguna Beach: The Real Orange County is an American reality television series that originally aired on MTV from September 28, 2004 until November 15, 2006. The series aired for three seasons and was primarily focused on the personal lives of several students attending Laguna Beach High School.

Going to the grocery store could be worth $20,000 for one chef in each episode of this competition series. Four chefs compete in three elimination challenges testing their culinary skills as they make their way through the store’s aisles. Each challenge features a theme — such as using only items from frozen foods — and is judged by a rotating list of guest judges who determine which contestant is eliminated. The chef who makes it through all three challenges then has two minutes to go through the aisles collecting items on a shopping list. Popular Food Network personality Guy Fieri hosts the competition.

Award-winning chef Gordon Ramsay, acclaimed chef Aarón Sánchez and renowned restaurateur Joe Bastianich put a new batch of talented home cooks through a series of challenges and elimination rounds. This season is more exciting than ever with a surprise-filled journey that takes the contestants on the trip of a lifetime. Ramsay and the judges will serve as mentors to these skilled home chefs as they compete to claim the title of MasterChef and the $250,000 grand prize on MasterChef’s milestone 10th season.

Fourteen aspiring models go head-to-head and undergo various challenges to become the next contestant to gain the title of America’s Next Top Model and bring home a cash prize.

Gordon Ramsay hosts this competition at Hell’s Kitchen restaurant. Each week, the competition gets more intense, as these chefs are put through rigorous culinary challenges — reaping high stakes rewards and punishments. Only those who possess the right combination of ingredients will continue in the competition, until one is named winner. At stake is a life-changing grand prize, including a Head Chef position at one of Gordon Ramsay’s restaurants and the title of Hell’s Kitchen winner.

This hidden-camera series follows four lifelong friends — Brian “Q” Quinn, James “Murr” Murray, Joe Gatto and Sal Vulcano — who take dares to an outrageous level. Since they were young, the quartet have challenged one another to do ridiculous dares in public. On the show, to find out who is best under pressure, the guys compete in awkward and outrageous hidden-camera hijinks. At the end of each episode, the loser must perform what is deemed to be the most-mortifying challenge yet.

Chef Gordon Ramsay hits the road to help struggling restaurants all over the United States turn their luck around. Ramsay examines the problems each establishment faces, from unsanitary refrigerators to lazy or inexperienced staff, and searches for resolutions. With help from his team, Ramsay redecorates each eatery to give it a fresh new look and updates the menu as needed. Ramsay’s ultimate goal is to make the restaurants he visits popular and profitable, but it’s up to the restaurateurs to take his advice and turn their business nightmare into the American dream.

Tarek and Christina El Moussa lead dizzying professional lives. After finding success as real estate agents and then experiencing the drastic downside of the housing market, the Californians switched career gears: They now buy distressed properties — foreclosures, short sales and bank-owned homes — remodel them and sell them at a profit. At least, that’s the way it’s supposed to work. “Flip or Flop” tracks the El Moussas’ roller-coaster journey in each episode, beginning with a cash purchase at auction of a home — often sight unseen — and the fix-it-up process, to the nail-biting wait to find a buyer.

The poll numbers were so close! The other reality shows that received over 43% of the votes were 16 and Pregnant, Project Runway, Keeping Up With the Kardashians, Love is Blind, Newlyweds: Nick and Jess, The Masked Singer, Hoarders, Jersey Shore and Sugar Rush.

What do you think of these reality shows? Are there any that we haven’t listed that are on your list of favorites? Tell us below!

Don’t forget to check out the best movies that make us cry! 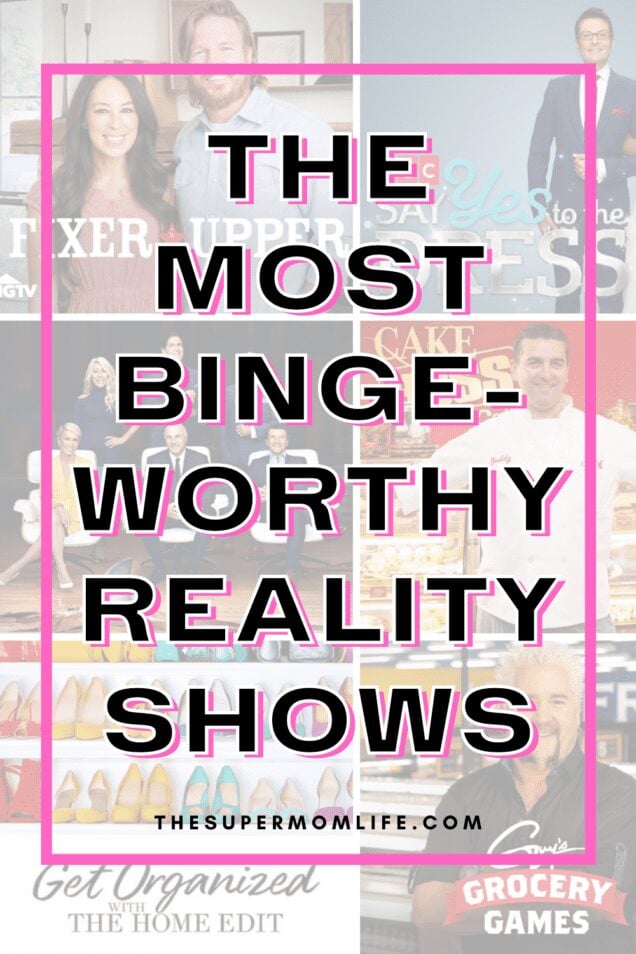 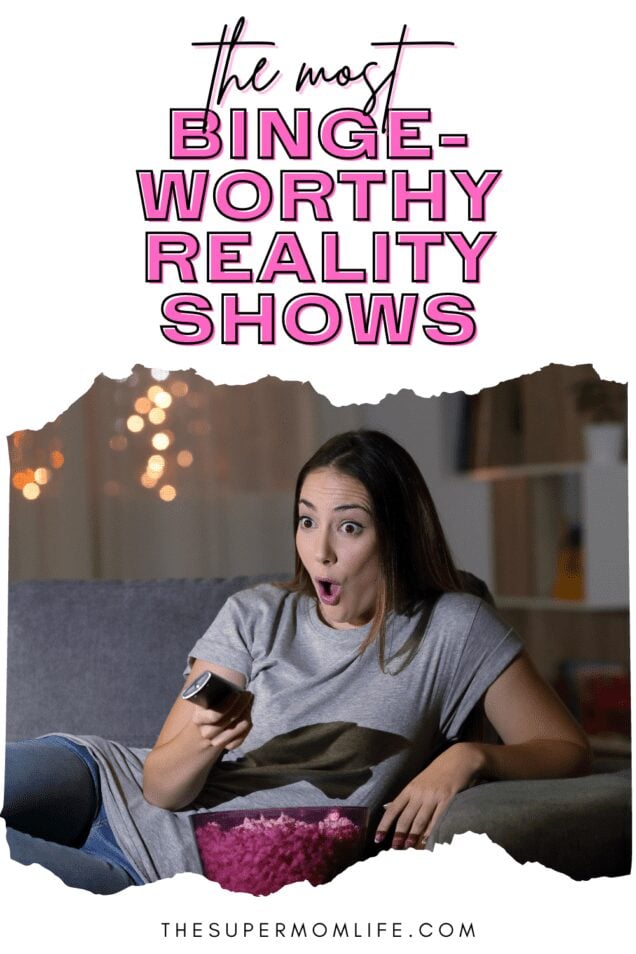