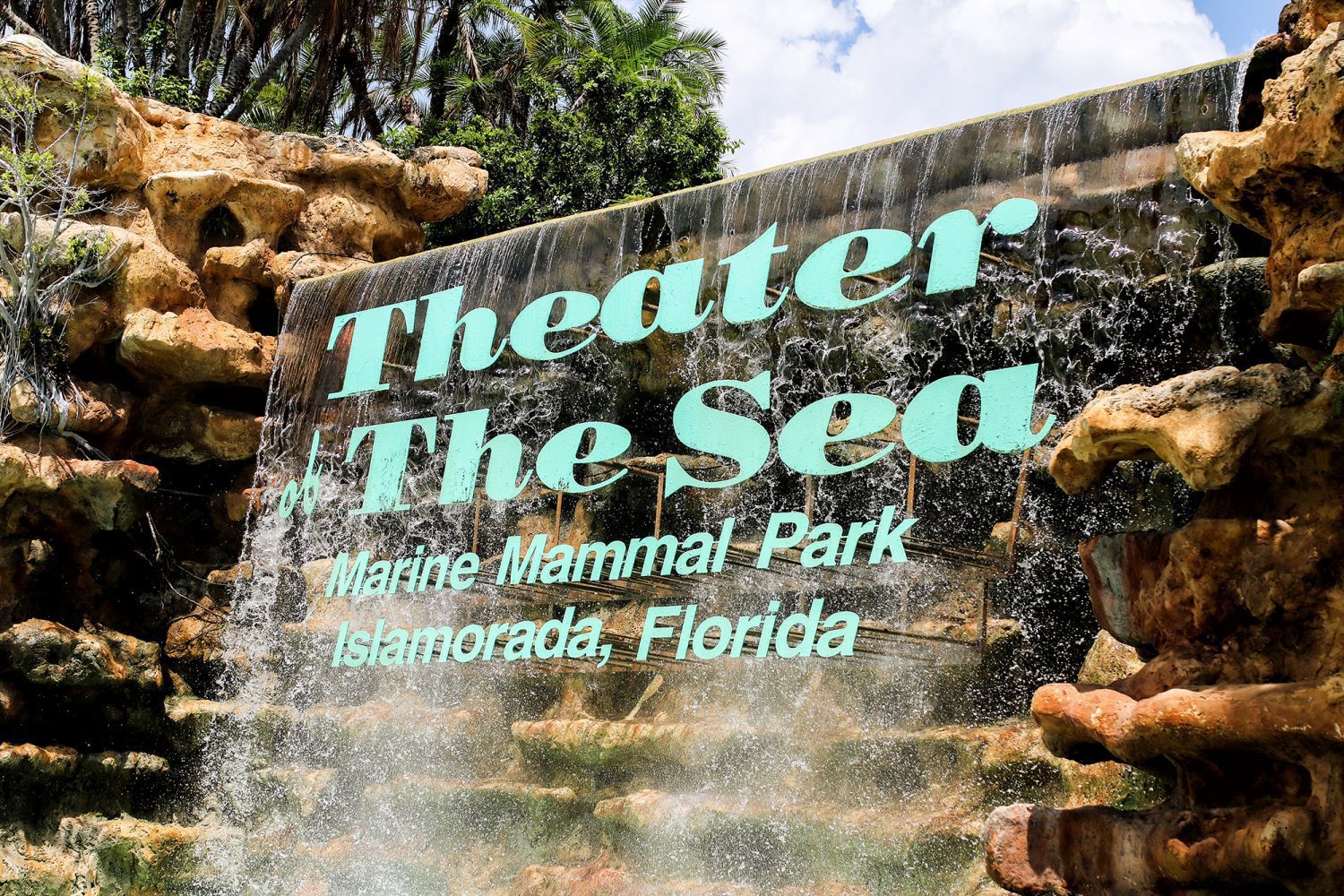 During our recent stay at Amara Cay Resort in Islamorada, FL, we were given the opportunity to check out a local favorite. I’m continuing our “Things to Do in Florida” series with Theater of the Sea in Islamorada, FL.

Welcome to Theater of the Sea

Located in Islamorada in the beautiful Florida Keys, Theater of the Sea is family owned and operated since 1946 and one of the oldest marine mammal facilities in the world. The lagoons and lush, tropical gardens are home to Atlantic bottlenose dolphins, California sea lions, sea turtles, tropical and game fish, sharks, stingrays, alligators, marine invertebrates, and birds.

Theater of the Sea offers dolphin, sea lion, and parrot shows, a bottomless boat ride, a lagoon-side beach, as well as a fish and reptile tour with tropical fish, sharks, sea turtles, stingrays, alligators, and crocodiles. There is something for all ages to enjoy! You can even paint with the animals and take home a painting! 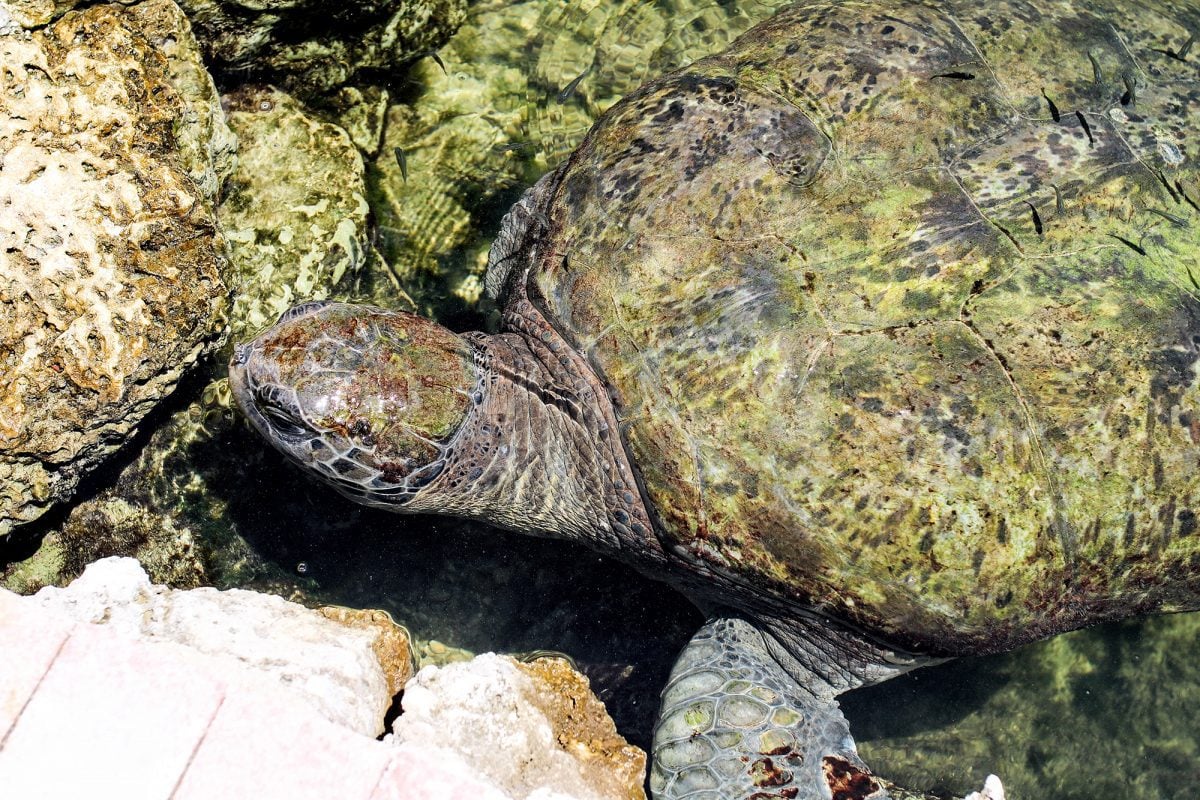 Theater of the Sea is home to four different species of endangered sea turtles. Each of the sea turtles on display are considered non-releasable for different reasons, including birth defects, buoyancy disorders, boat strikes, entanglement injuries, and predatory attacks. All sea turtles have an assigned primary caregiver, are hand fed a specific diet, participate in daily training and enrichment sessions, and receive routine veterinary care.

Seeing these beautiful but injured creatures broke our hearts. While some are against places like Theater of the Sea, claiming that the animals are considered slaves, I believe that facilities like these are the heroes, taking animals in and giving them a better life where they would have been more in danger out in the wild. 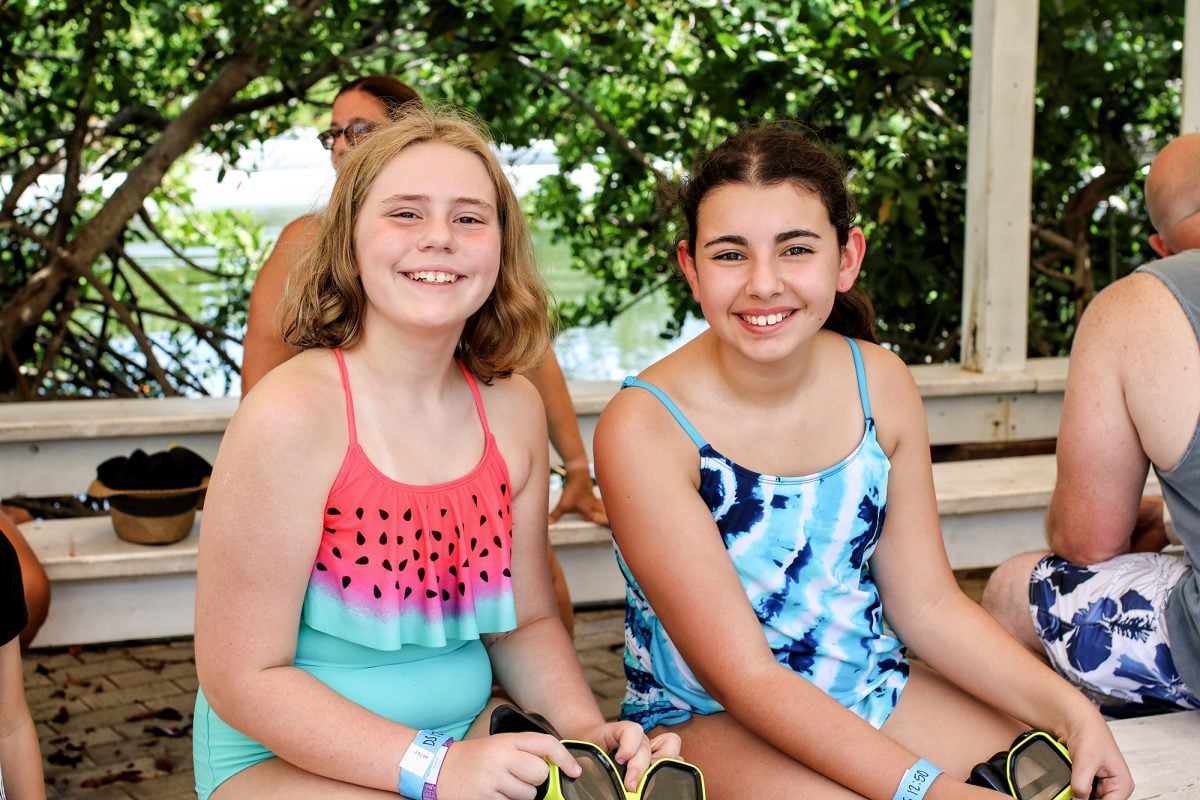 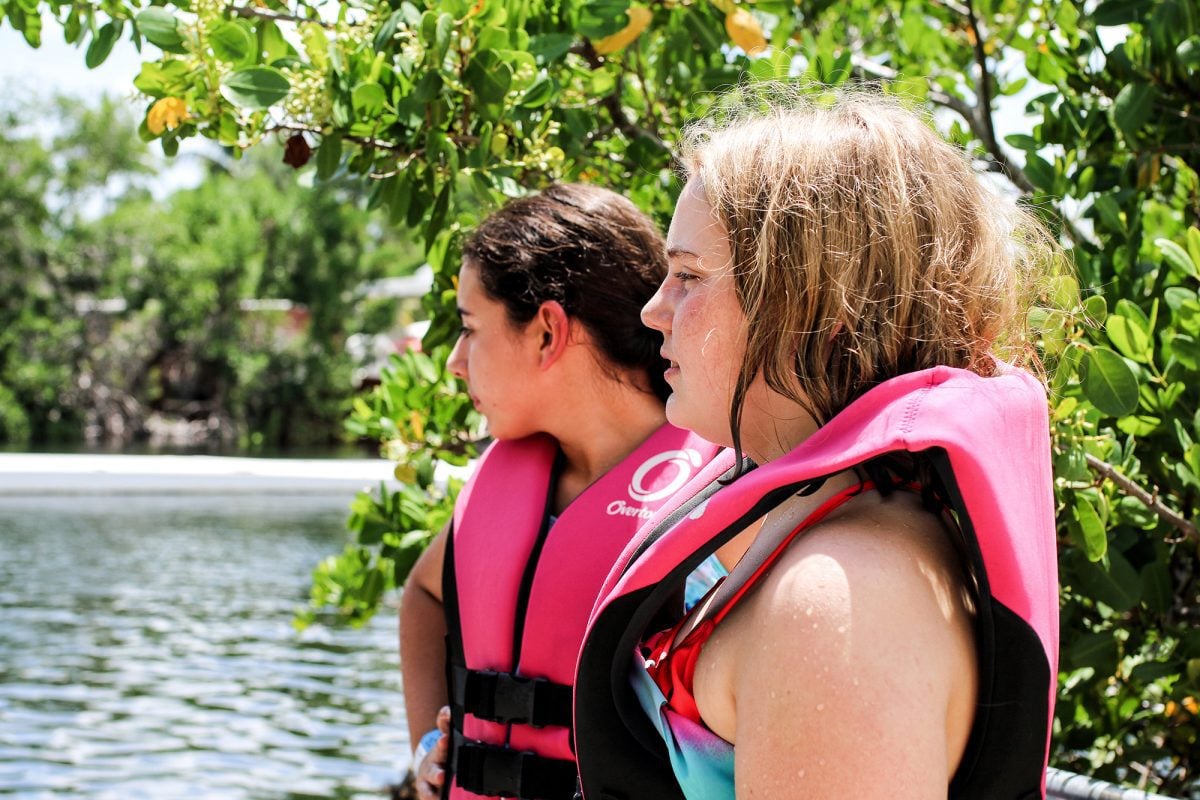 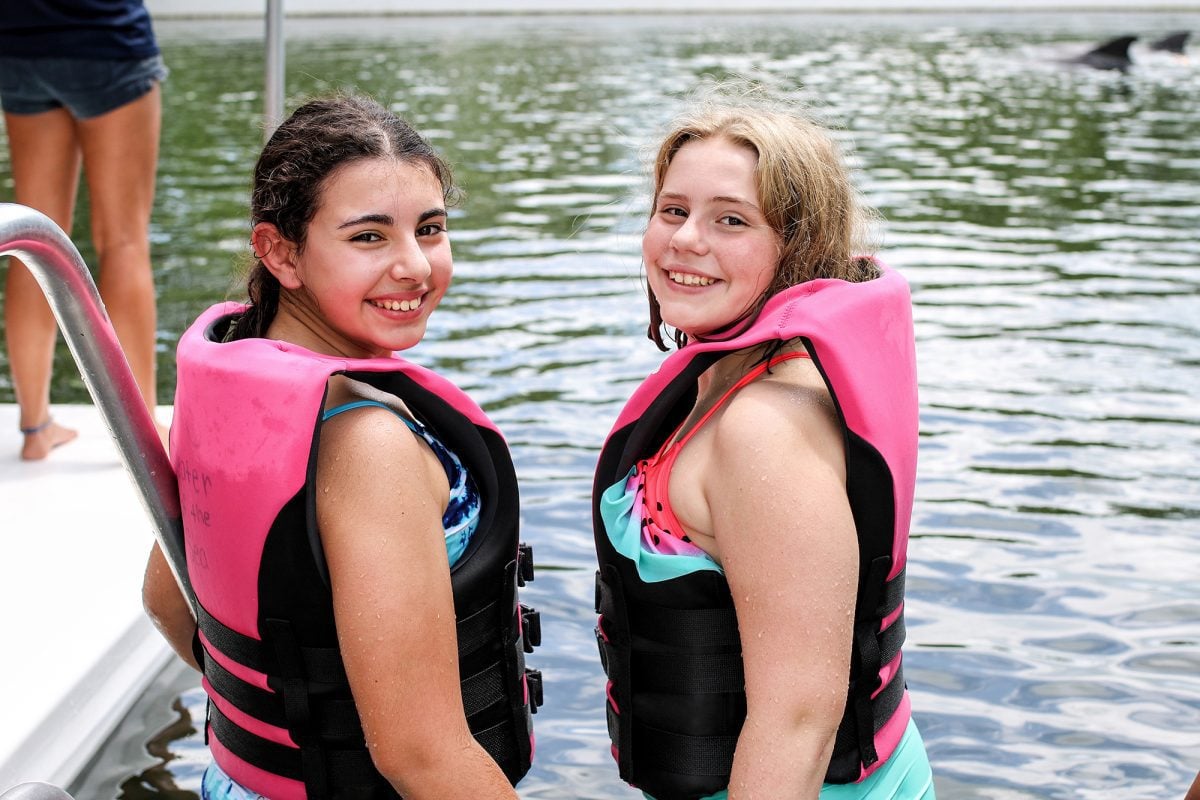 What drew me to Theater of the Sea was that there are a lot of ways to interact with the marine life. Years ago, when I was in Cancun, I was given the opportunity to swim with dolphins. It was an experience I will never forget. I knew that my daughters had to do it and since it was Lucia’s 13th birthday trip, it was the perfect time for her to experience it. When they offered to allow both her and her best friend, Caitlyn, to experience it, I was more than grateful and probably more excited about it than they were.

While they were both a little nervous, it didn’t take long until they both felt at ease. The staff was so thorough, giving them instructions and walking them through exactly what was going to happen during their swim. Dolphins are such beautiful, gentle animals and they really enjoyed every moment they got with them. Lucia kept referring to them as the puppies of the sea. 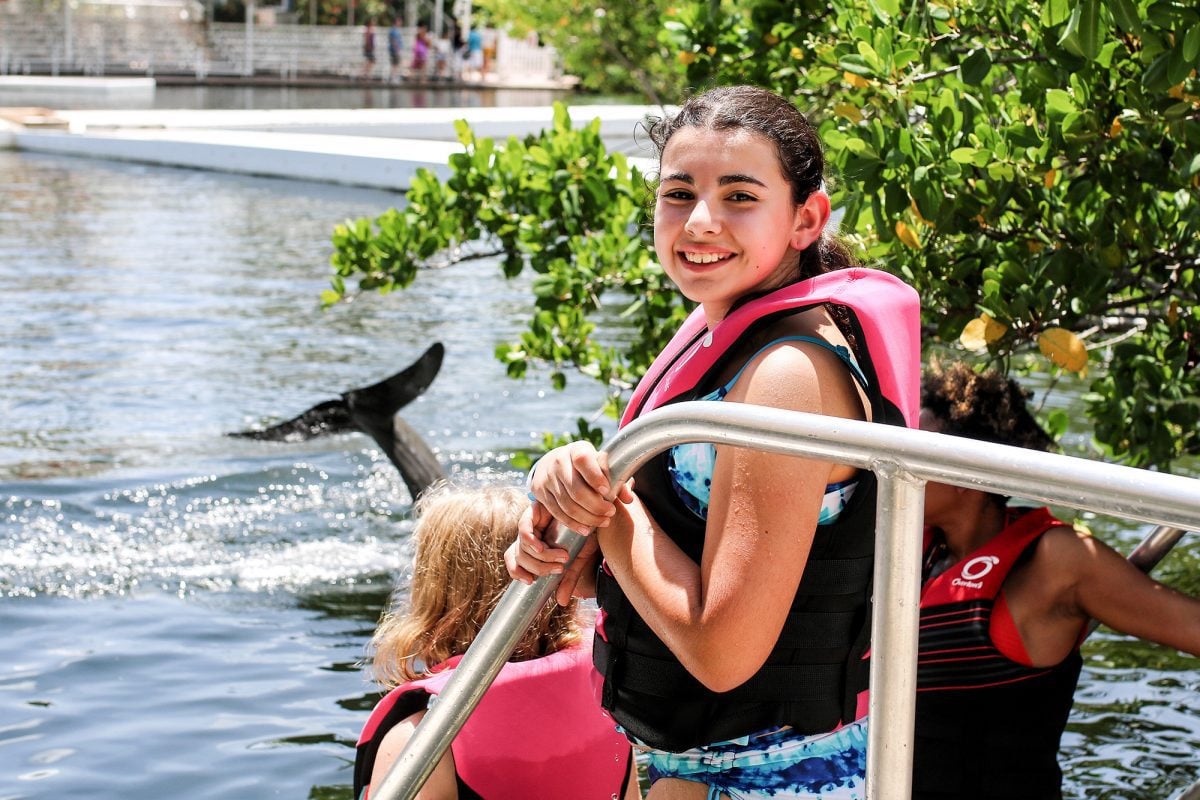 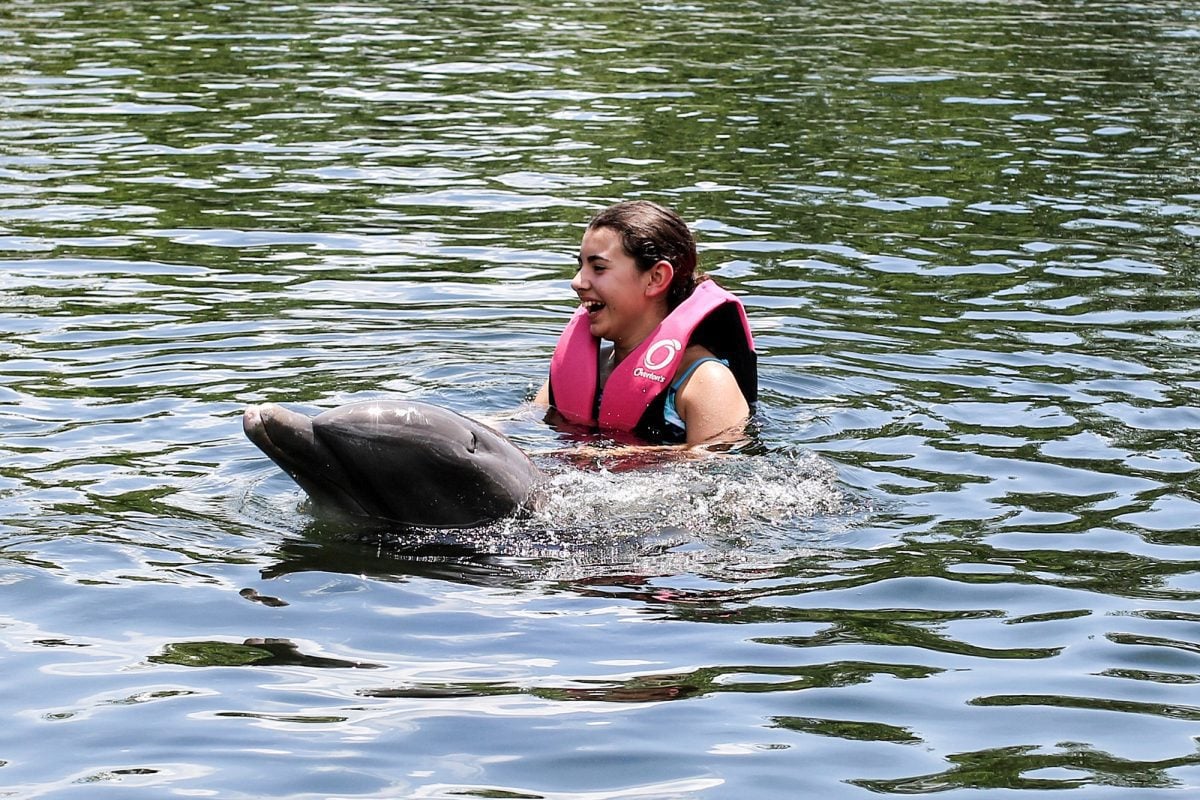 I never imagined I would be present for my daughter’s first kiss, but there it was. The wettest, slipperiest, most public display of affection ever and we couldn’t look away. Lucia couldn’t help but giggle through the entire thing and I loved every second of it. It was awesome!

She and Caitlyn got to interact with the dolphins, swim around the lagoon and perform behaviors like dorsal tows, hugs,and foot pushes. The smiles on their faces were priceless!

The only disappointment for me, as a photographer, was where they asked us to stand during the interaction. We weren’t allowed to get closer to the girls while they swam (for the safety of the animals). We had our sight blocked by the trainers and staff photographer who were working right in front of the dolphins. Getting good shots was nearly impossible and watching your child swim with dolphins for the first time is something you want to capture for them. Luckily, I was able to get a few shots and we wound up purchasing the photos that their staff photographer took so that I could have a couple of close up shots. 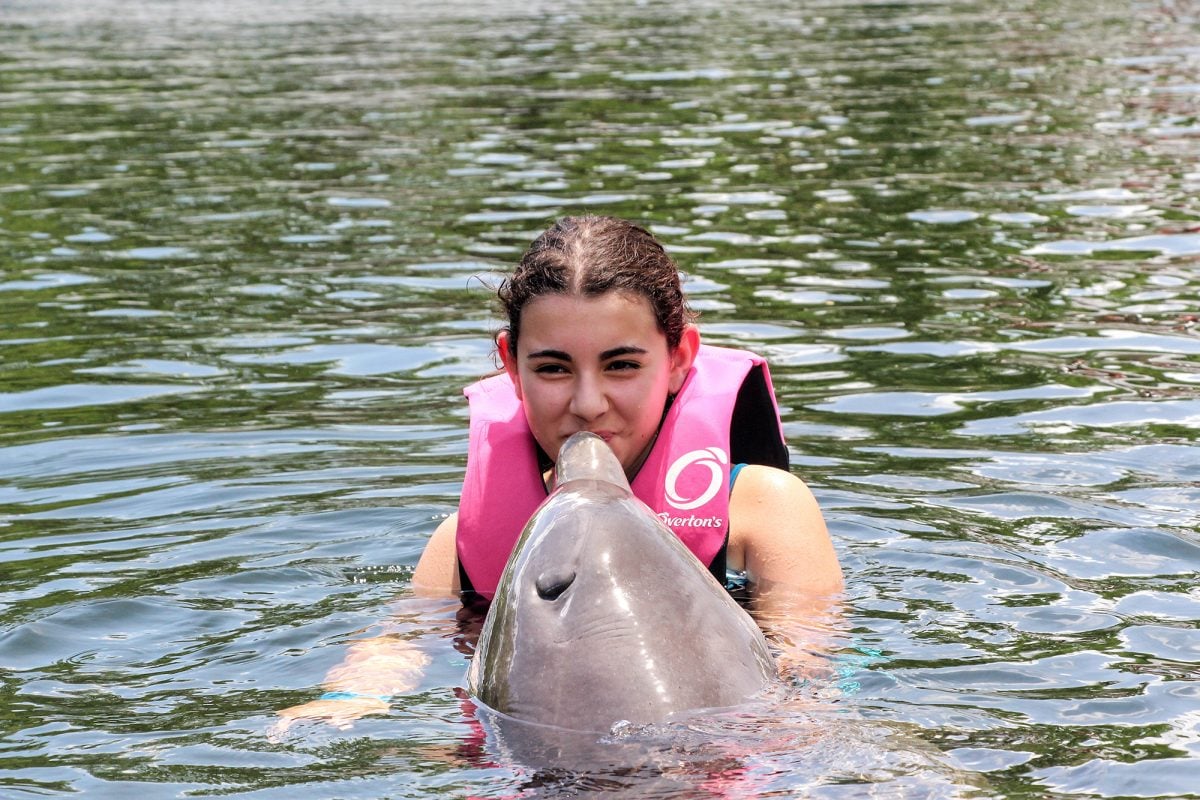 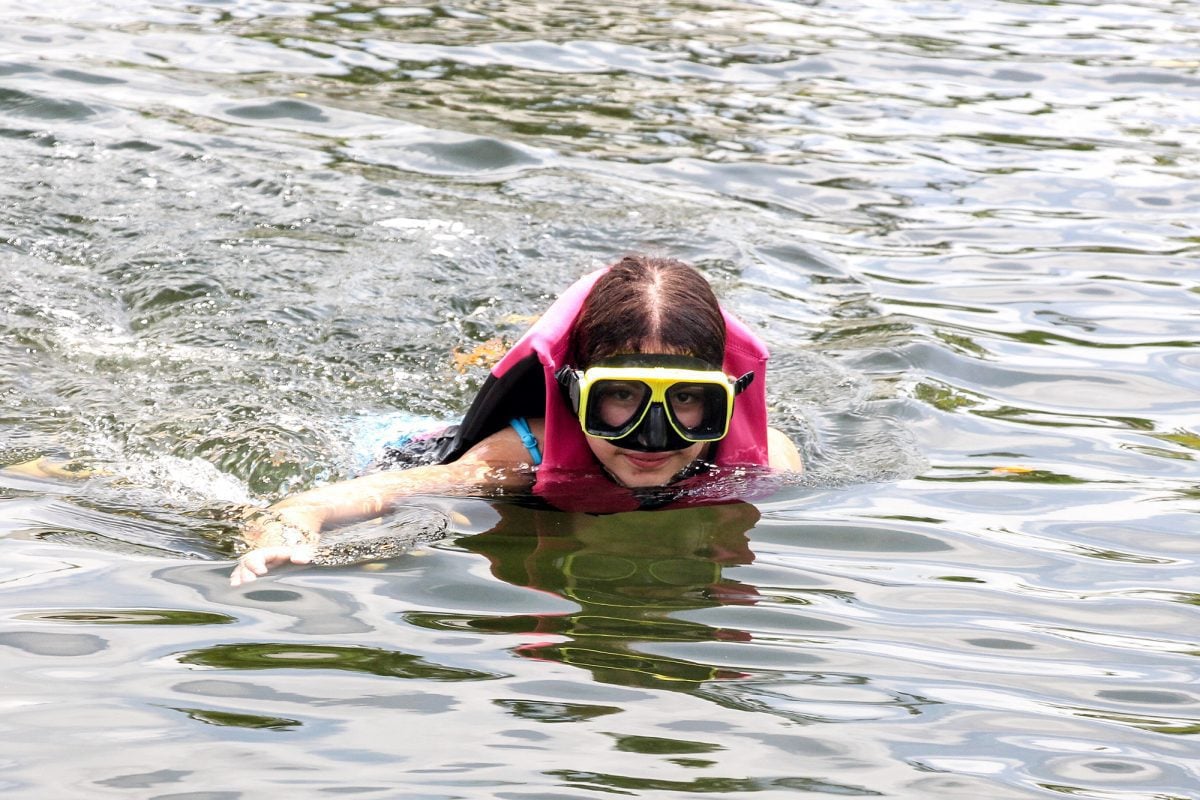 A year after Hurricane Irma hit the Keys, Theater of the Sea is still working to repair their beautiful grounds, but that shouldn’t stop you from visiting and experiencing all that they have to offer now. It was a day that my girls will never forget and I’m sure we will be back in the future (this time with a zoom lens) 😉

Have you ever gone swimming with dolphins? Comment below and let us know! 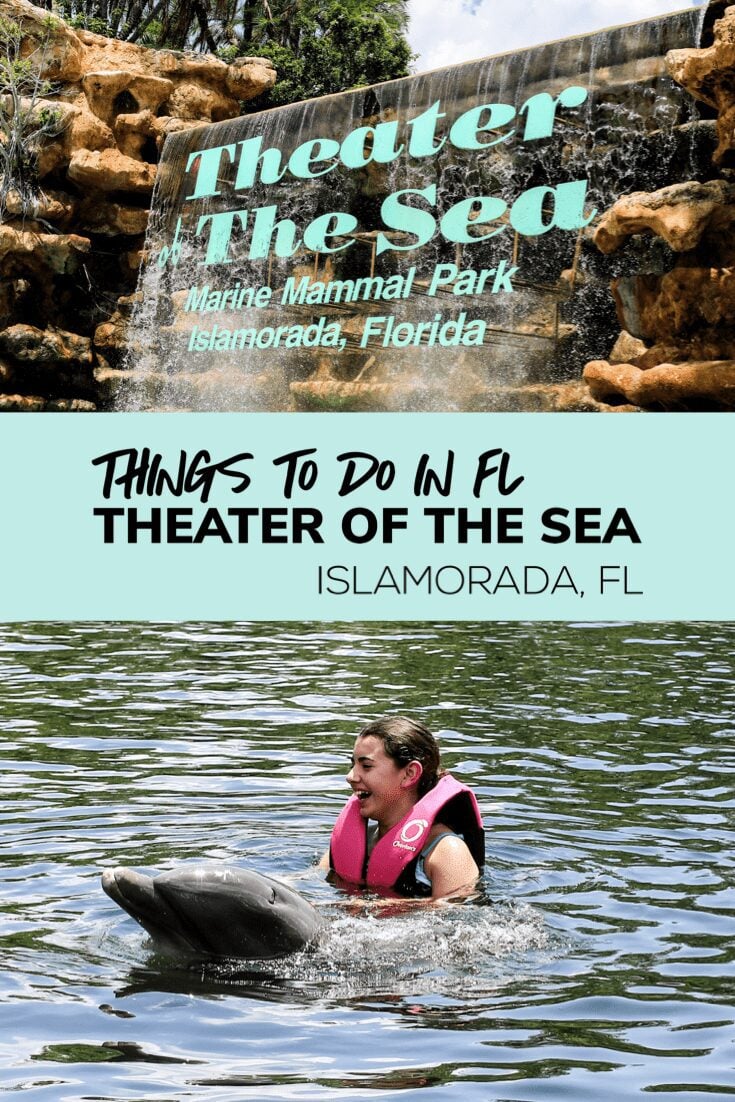 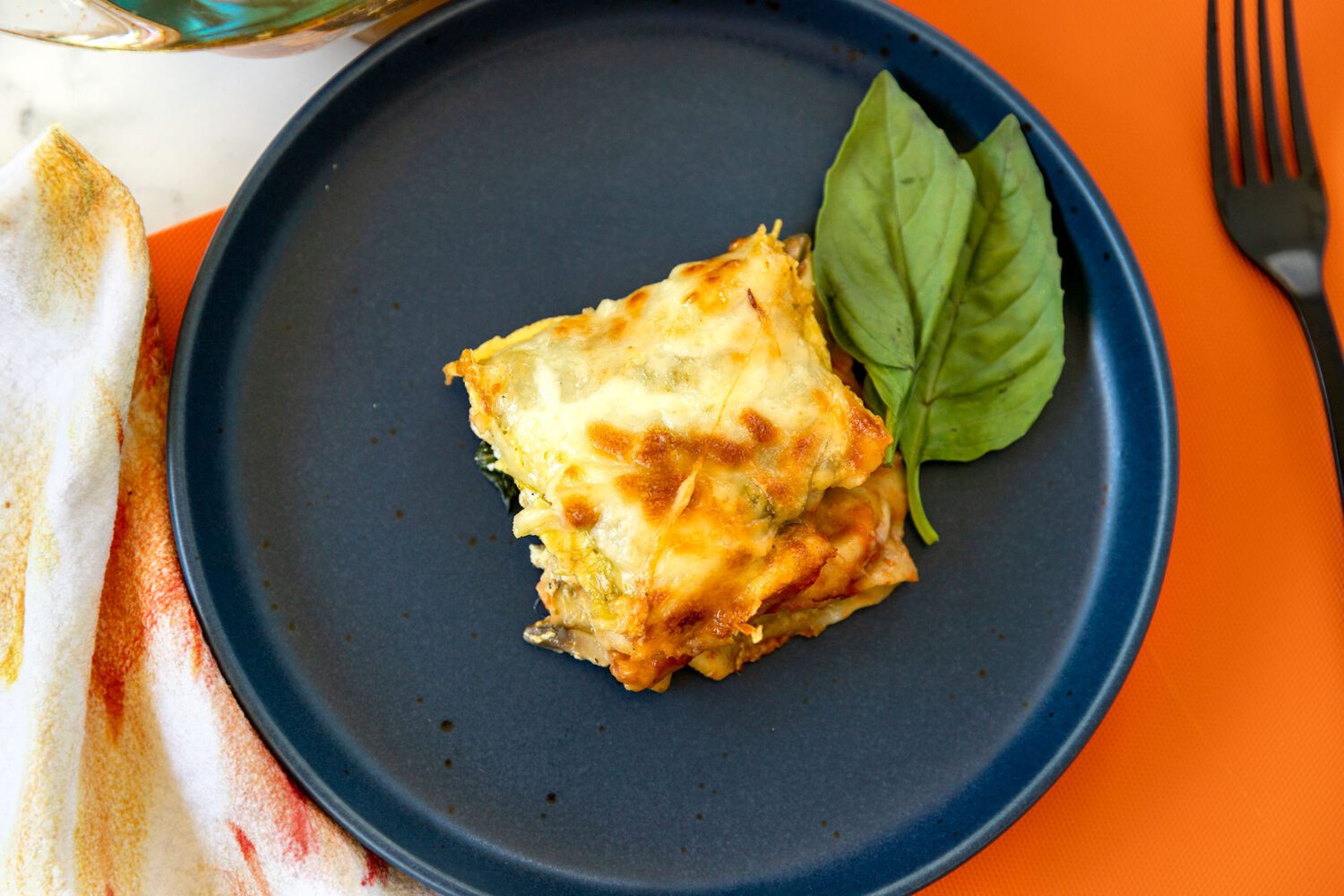