We Can Be Heroes Virtual Press Junket 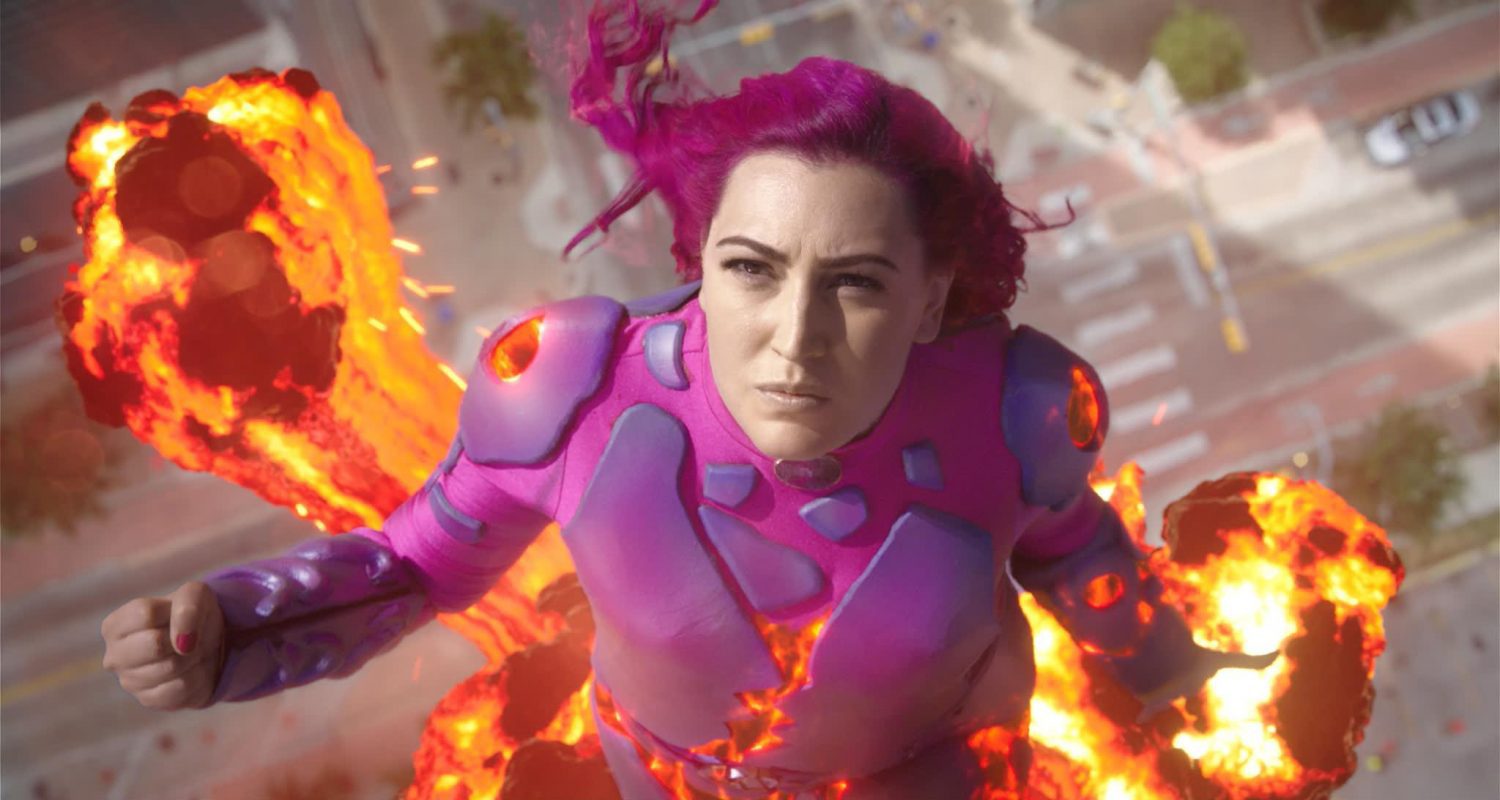 We recently had the privilege of attending a virtual press junket with the two of our favorite young actresses, Yaya Gosselin (Missy) and Vivien Lyra Blair (Guppy) from the Netflix movie, We Can Be Heroes, which premiers on Netflix on December 25, 2020.

We were given early access to preview the movie (and have already watched it three times). Make sure to keep an eye out when it gets released on Christmas Day!

We Can Be Heroes is a family-friendly movie. When alien invaders kidnap Earth’s superheroes, their children must team up and learn to work together if they want to save their parents and the world.

Each press outlet was given the opportunity to ask at least one question. They encouraged kid reporters, so my girls were especially excited to get their chance to ask Yaya and Vivien their question, “Do you think there will ever be a sequel, and would you be in it?”

Yaya Gosselin:  Oh, yes. We hope so much that there will be a sequel, and I think–Yes, I do think that my character will be in the sequel, and there’s a lot of things that I hope make it into the sequel because all of the cast have been manifesting a bunch of different ideas.

Vivien Lyra Blair:  For sure, me too. 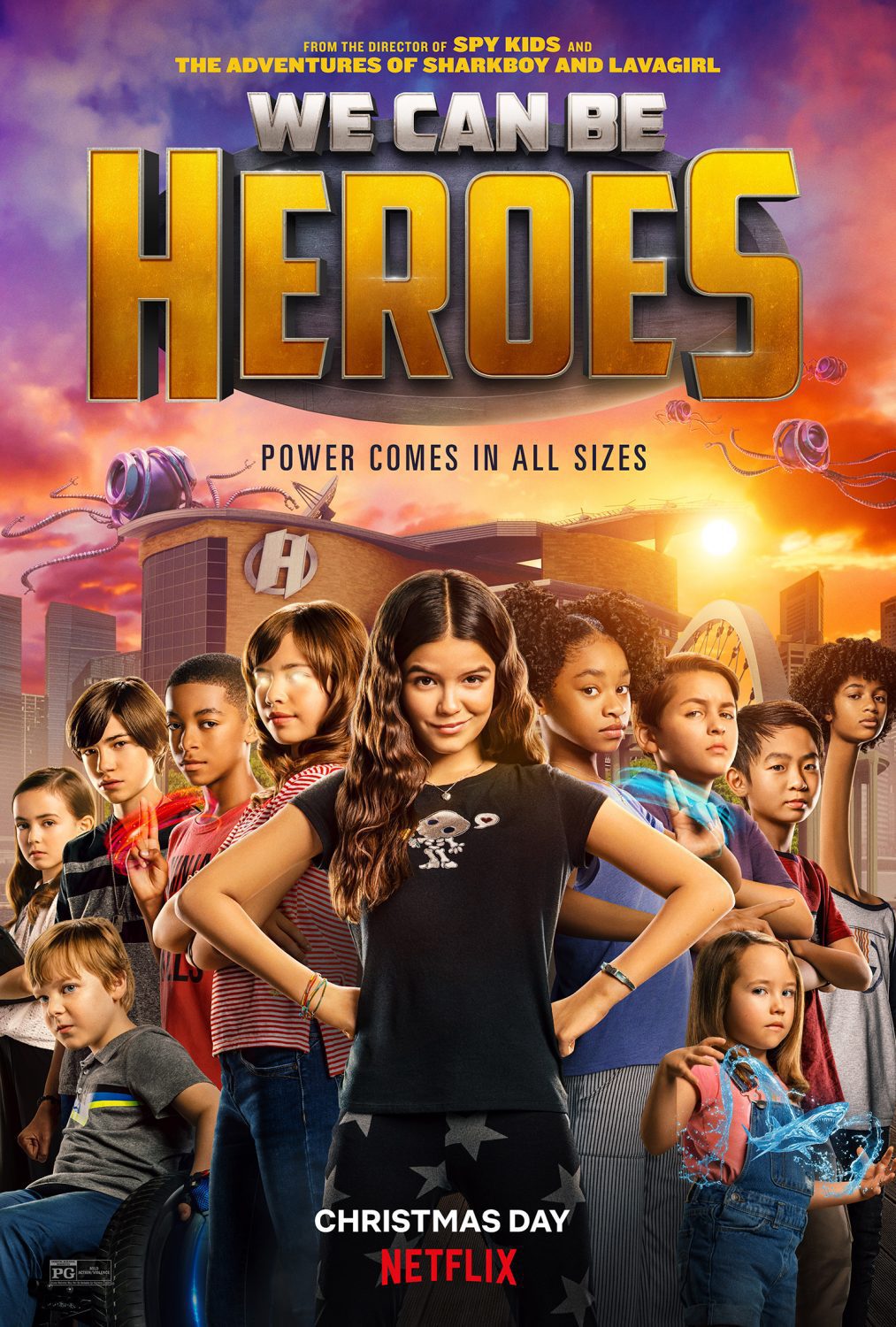 I was impressed by so many of their answers. For young actresses, they are wise beyond their years.

Christina from ThePatricios.com:  If you could have one superpower, what would it be and why?

Yaya Gosselin:  I think my superpower would be able to heal people because I feel like right now, with everybody being so sick, I think that’s what we need most in the world, and I feel like that would be a really cool superpower. 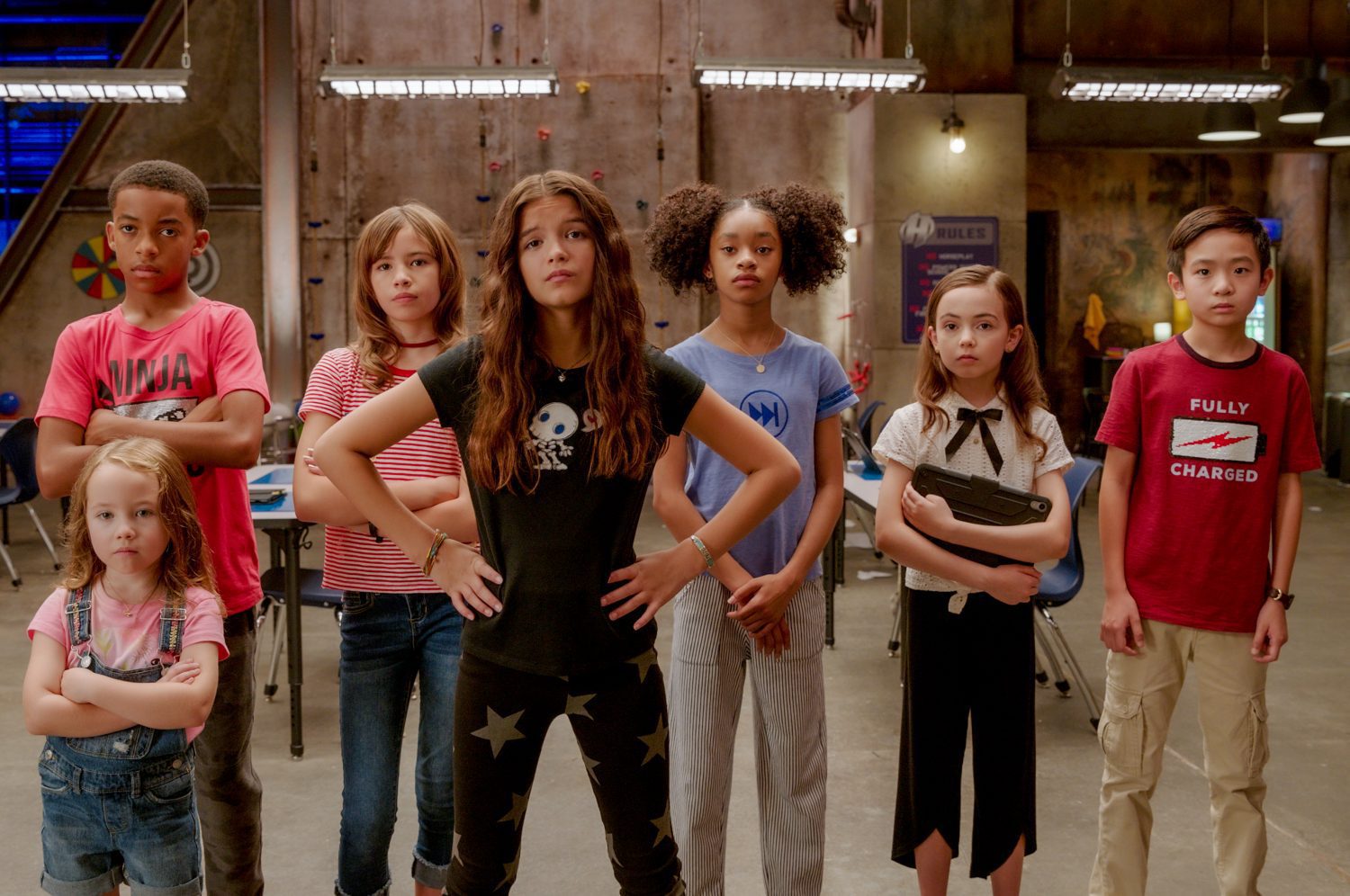 Tessa from mamasgeeky.com: My daughter Lori has a question for you guys. Did you do your own stunts?

Vivien Lyra Blair:  Yes, I did do my own stunts, and I did all of my own stunts, and they were really fun. Did you know that the first two weeks were just stunts? Just all of us doing all of our stunts and practicing, and there were harnesses everywhere, and it was so fun. I really liked it a lot.

Yaya Gosselin:  Yes, and then I did my own stunts too. My stunts were also very fun. I had never been in a harness before, so it was definitely a new experience and very fun to learn how to use those. 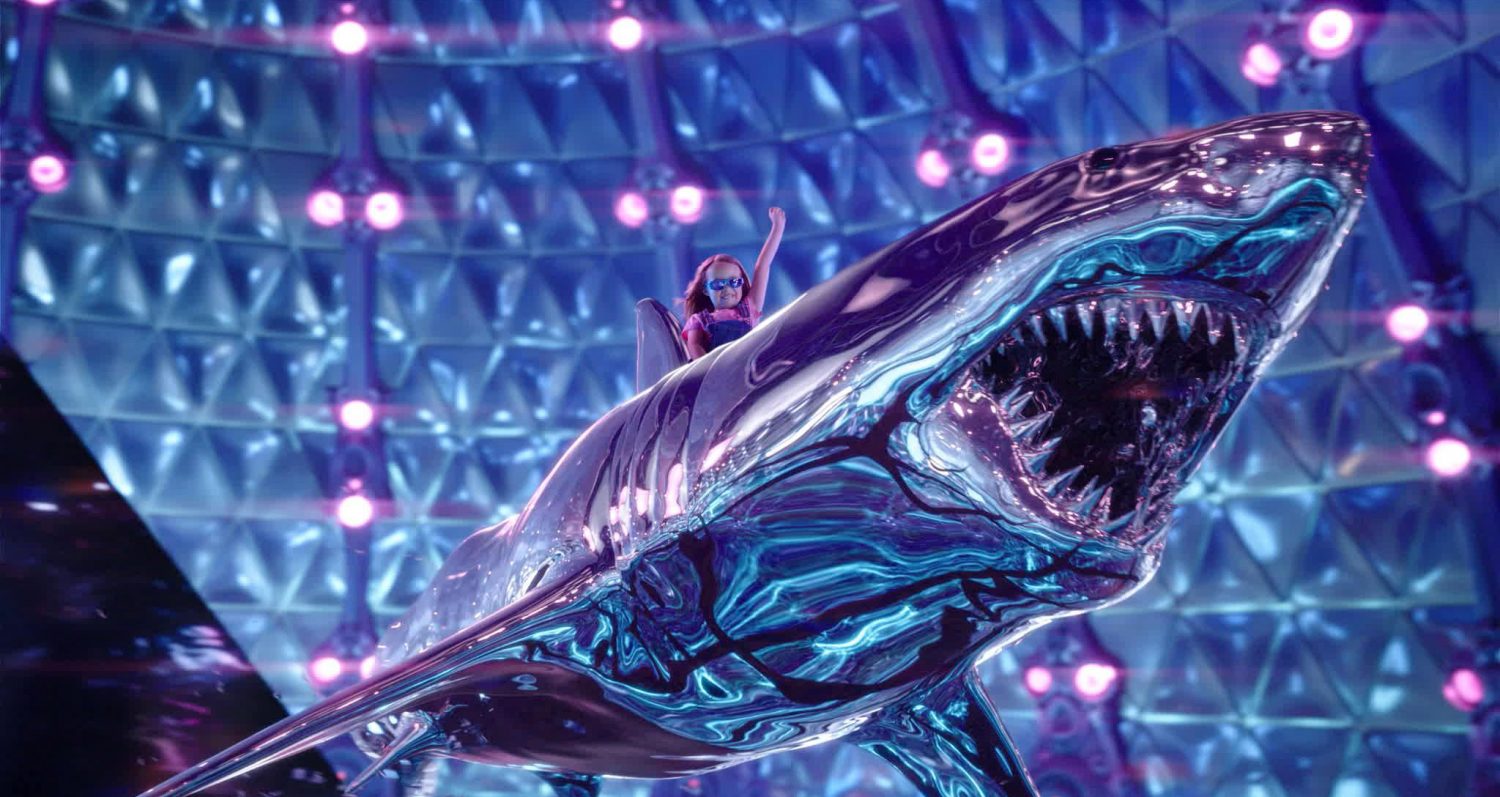 Kate with Highlights Along the Way:  This is my daughter Ruby, and she has a question for Vivien. What was your favorite part of playing Guppy?

Vivien Lyra Blair:  What was my favorite part of playing Guppy? 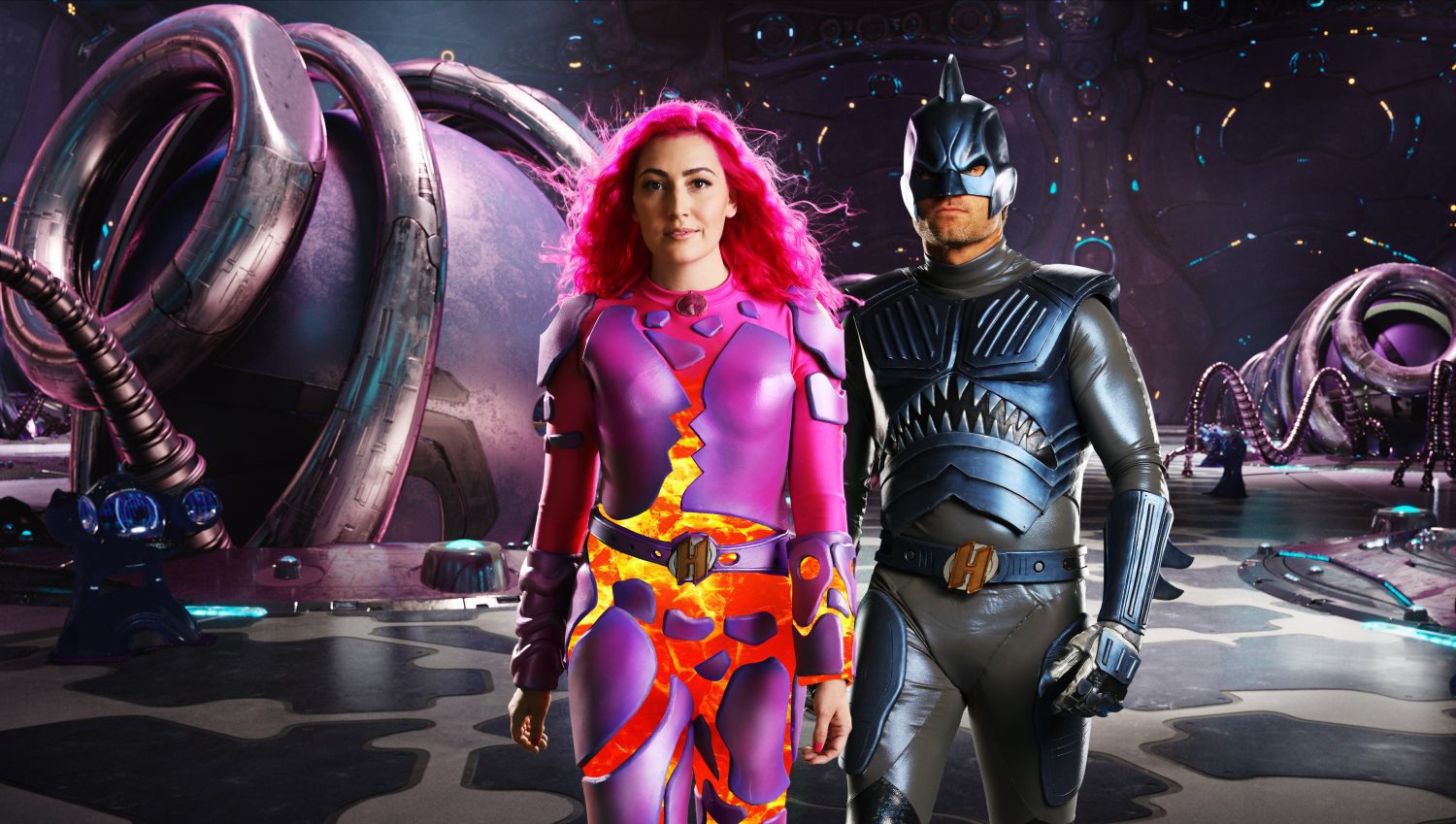 Mel from The Mommyhood Chronicles:   What was the most challenging scene to film and why?

Yaya Gosselin: This is a good one. For me, it would probably have to be my crying scenes, those are probably always the hardest. The one with my grandma was probably the hardest because there was a lot of stuff that was happening, so the first few takes, I was just like bawling, but then at one point it would be like, take it again there’s a bus, take it again, the sun went behind a cloud so and so you know grandma messed up her line, so we just had to do it so many times that at one point I was like to the AD, Brian, I’m running out of tears, and so that was probably one of the hardest scenes for me to film.

Vivien Lyra Blair:  I feel like the hardest seem for me to film was also at abuelita’s because it was so bright and so hot that day that it felt like we were all going to be burnt to a crisp, so like we kept having to do the take over and over again and I was like oh my God it’s so hot and also the spitting lemonade.

They didn’t put it in the final cut, but they had it where they all spit out the lemonade and said, what is this sewage water, and grandma says you can’t drink anything anyone gives you and it was so hard because they did like a stop motion so we couldn’t blink our eyes, we couldn’t breathe; we had to like pretend spit and hold there for like 30 seconds and then move forward, and it was so hard but yes. 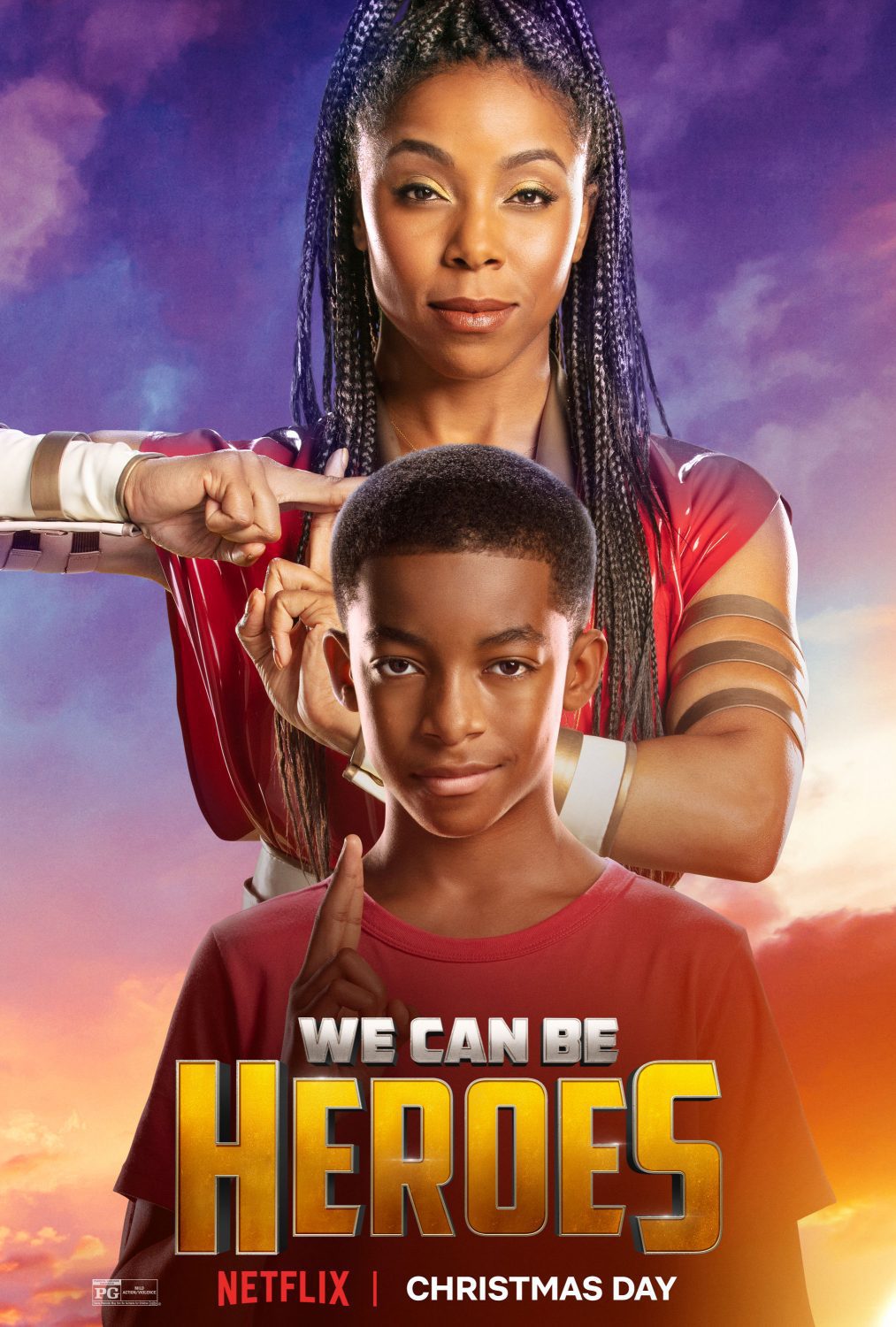 WE CAN BE HEROES – Premiers on Netflix December 25

When alien invaders kidnap Earth’s superheroes, their kids are whisked away to a government safe house. But whip-smart tween Missy Moreno (Yaya Gosselin) will stop at nothing to rescue her superhero dad, Marcus Moreno (Pedro Pascal). Missy teams up with the rest of the superkids to escape their mysterious government babysitter, Ms. Granada (Priyanka Chopra Jonas). If they’re going to save their parents, they’ll have to work together by using their individual powers — from elasticity to time control to predicting the future — and form an out-of-this-world team. Full of action and heart, WE CAN BE HEROES is directed by Robert Rodriguez (SPY KIDS, THE ADVENTURES OF SHARKBOY AND LAVAGIRL) and also stars Boyd Holbrook, Christian Slater, Chris McDonald, and Adriana Barraza.

Will you and your family watch We Can Be Heroes on Netflix? 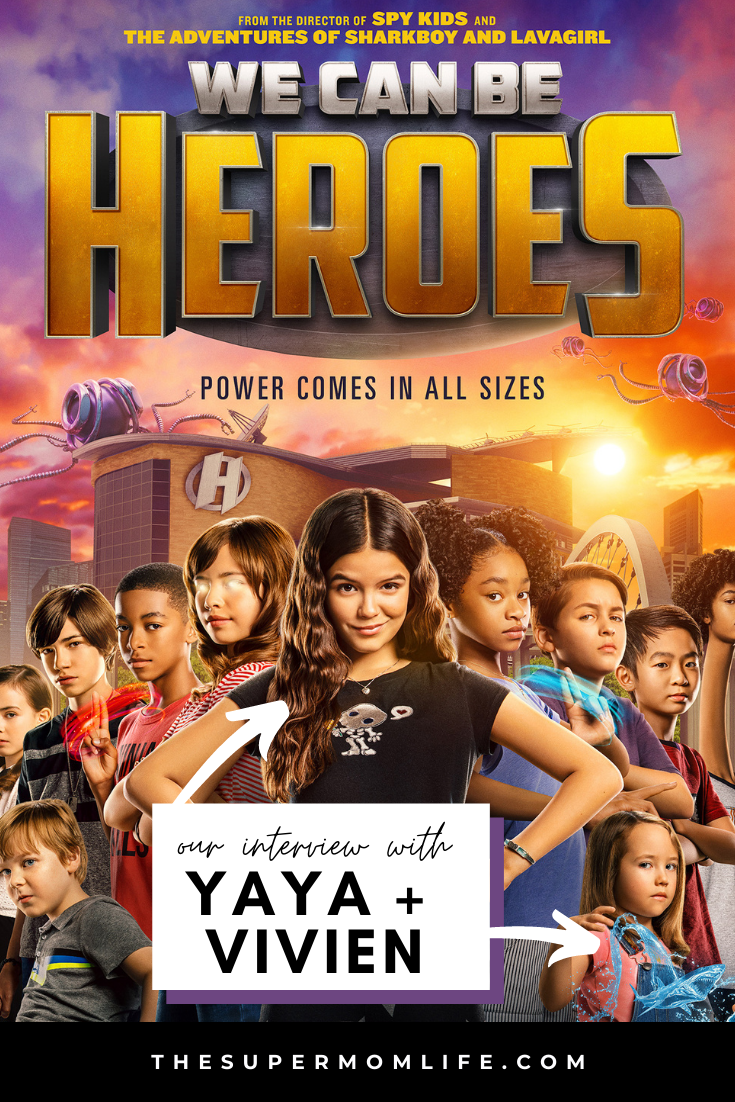 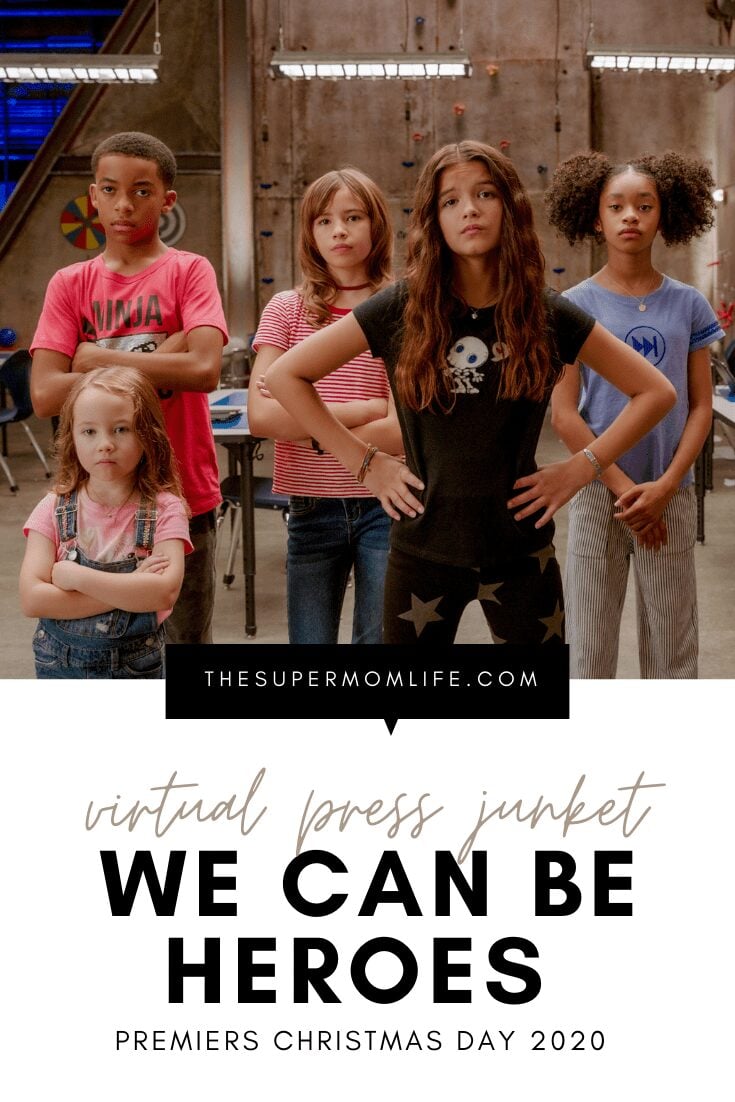 *Thank you so much to Netflix for inviting us to attend this virtual press junket!