I’m back with another recipe from my childhood. There were often one of two salads in my Nana’s refrigerator, at all times. It was either her famous cucumber salad, or something she always called Claremont Salad. Both were the perfect treat for me when I got home from school, or in a little side bowl with our dinner. Both are refreshing and delicious and a great alternative to coleslaw or a regular garden salad. I’m excited to share the recipe for Claremont Salad with you today and hope it will become a staple in your home as well.

It’s funny because it took me over 30 years to learn why Nana called this Claremont Salad. I guess as a child, you don’t really think about asking why something is called a certain name. And as I got older, I just figured that’s what everyone called it, but when I started talking about it to friends and realizing not many people knew what it was, I knew I had to do some research.

Turns out Claremont Salad, also often referred to as “Health Salad”, is something that my Nana was introduced to at the Claremont Diner in New Jersey, more than 50 years ago. Like a lot of Jewish delis, when you sit down at a table, they brought you a big bowl of sour pickles and their signature salad. Although many serve coleslaw, the Claremont Diner served what they referred to as “Claremont Salad.” A similar salad, but without the mayonnaise. 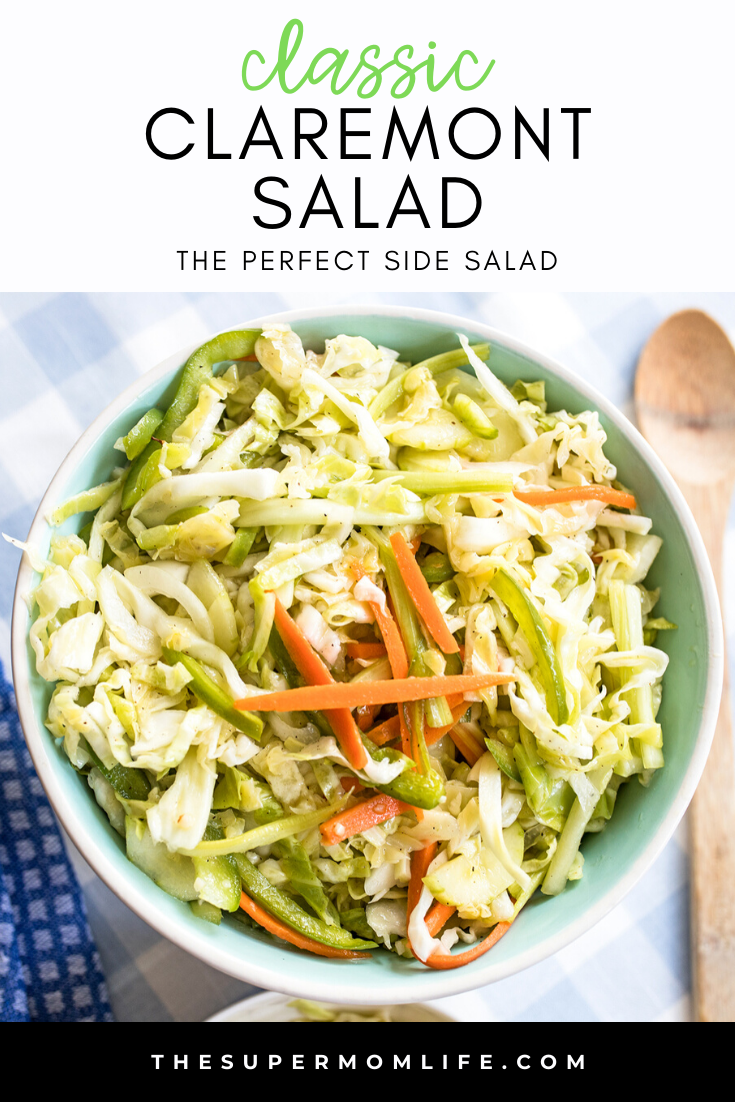 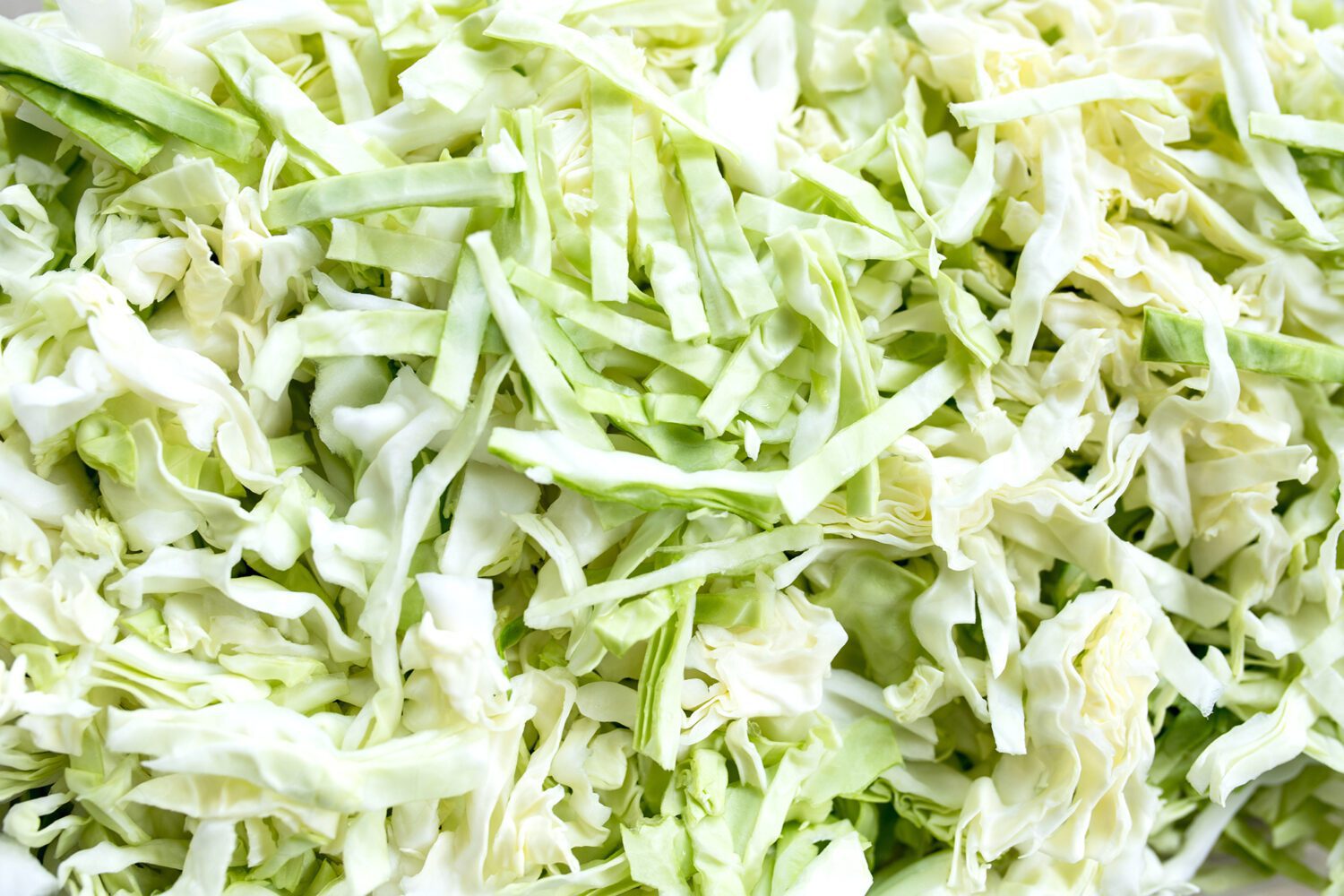 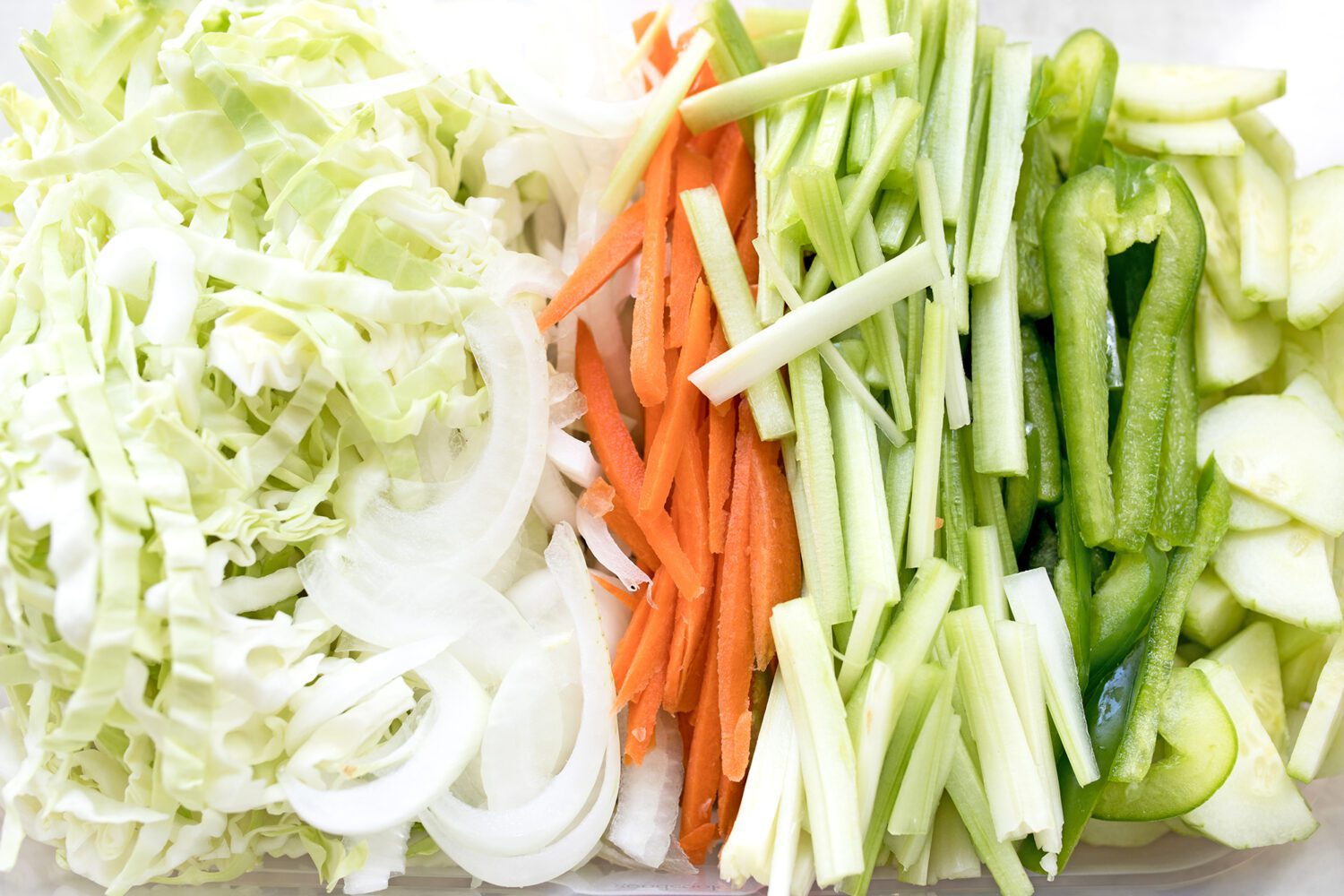 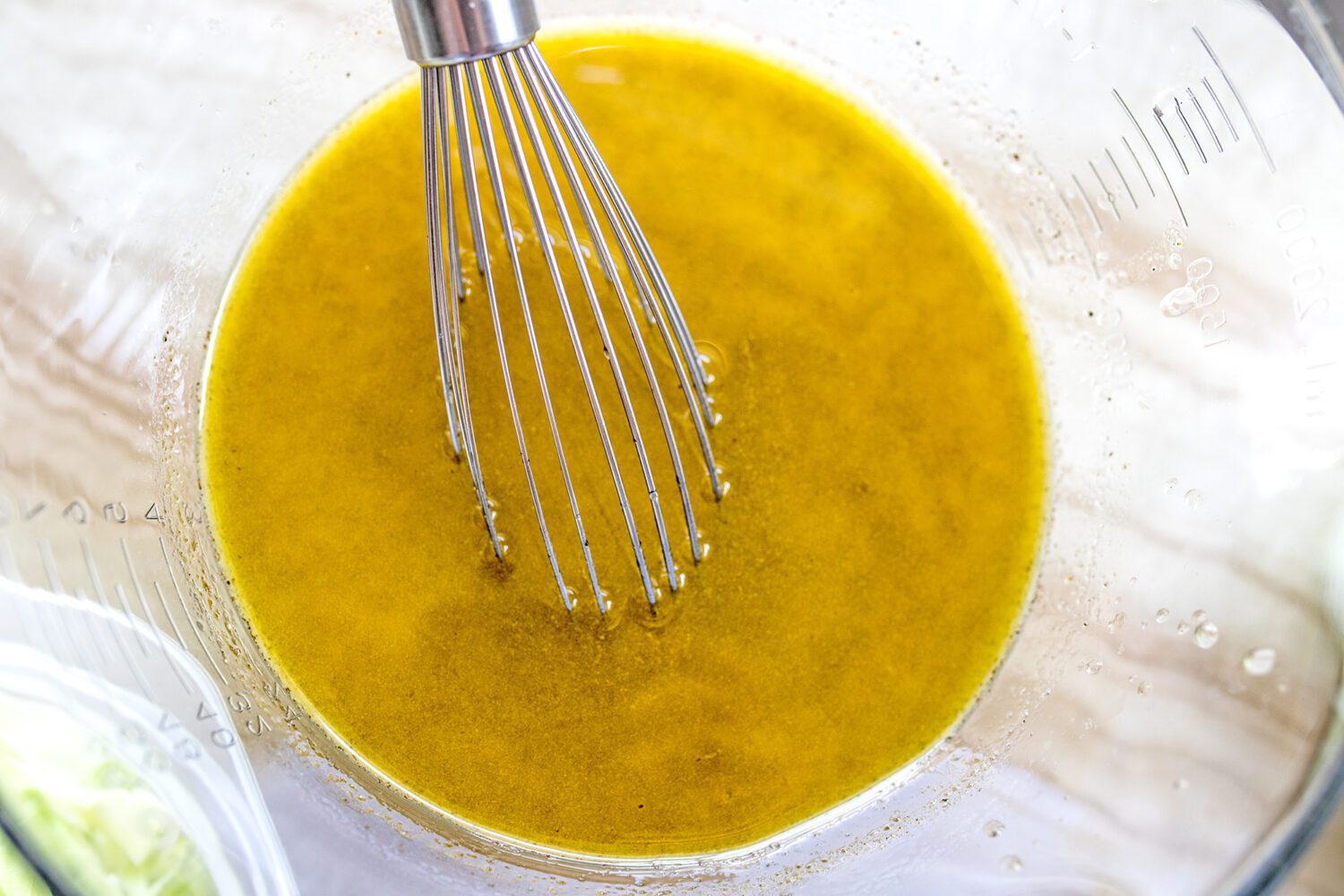 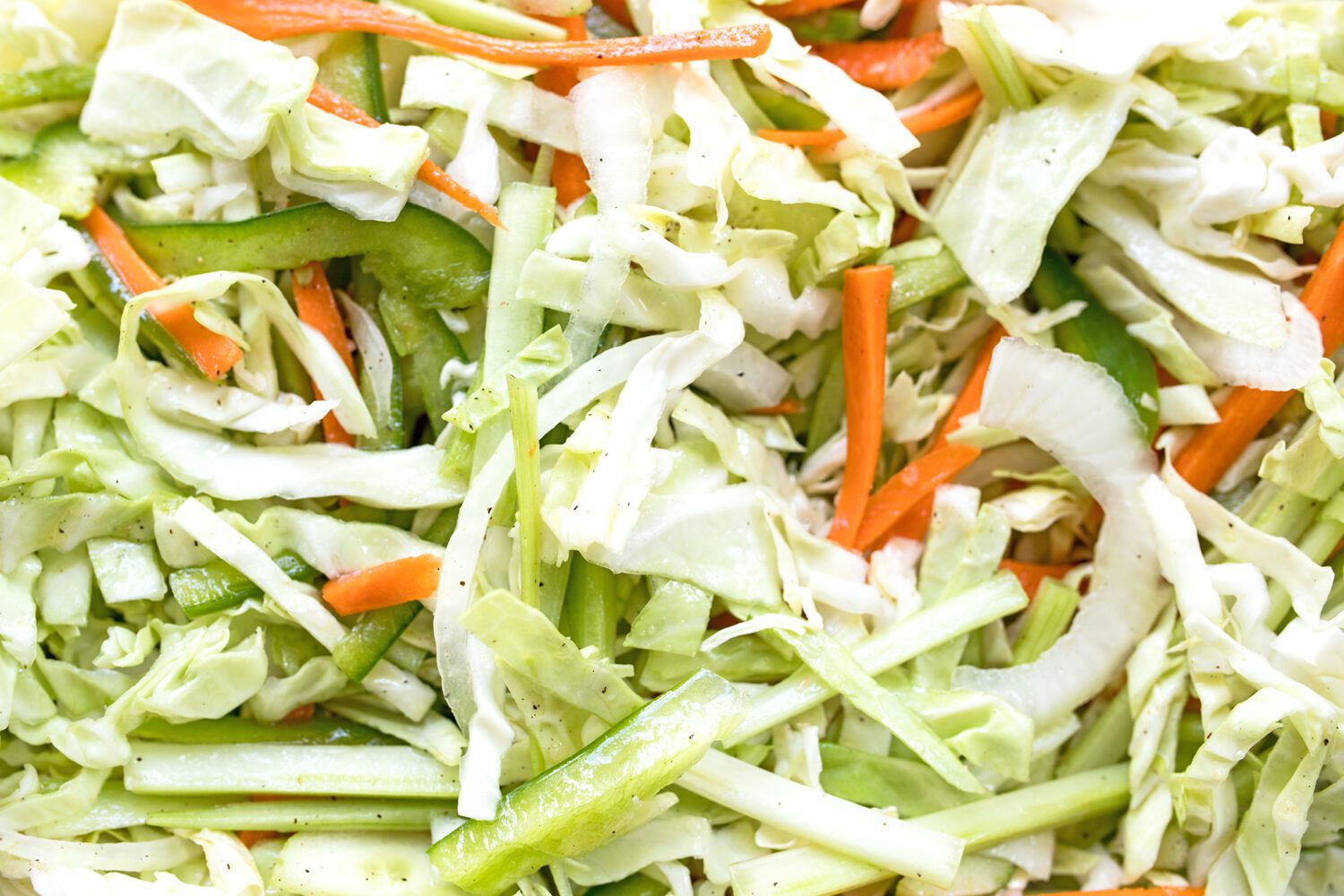 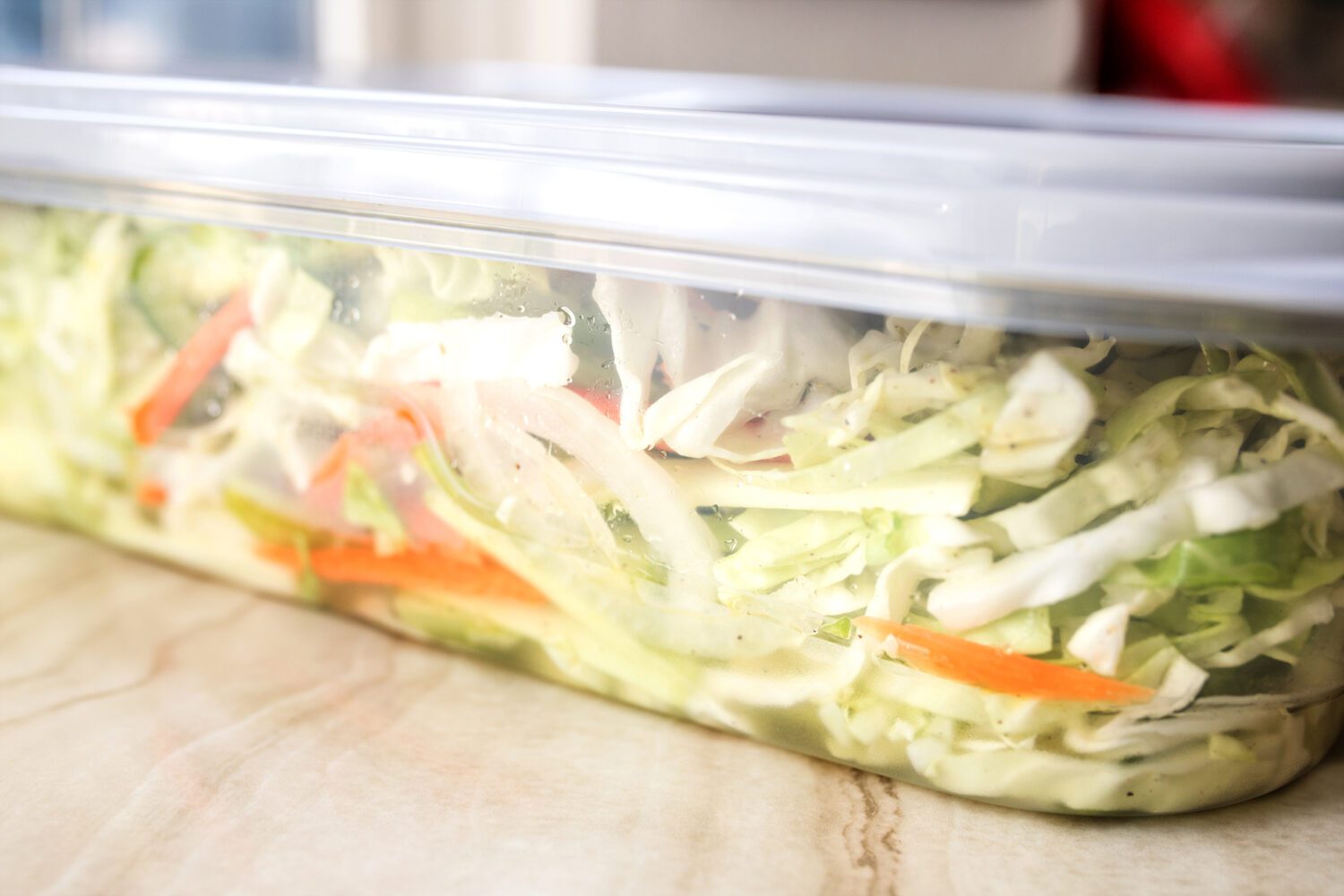 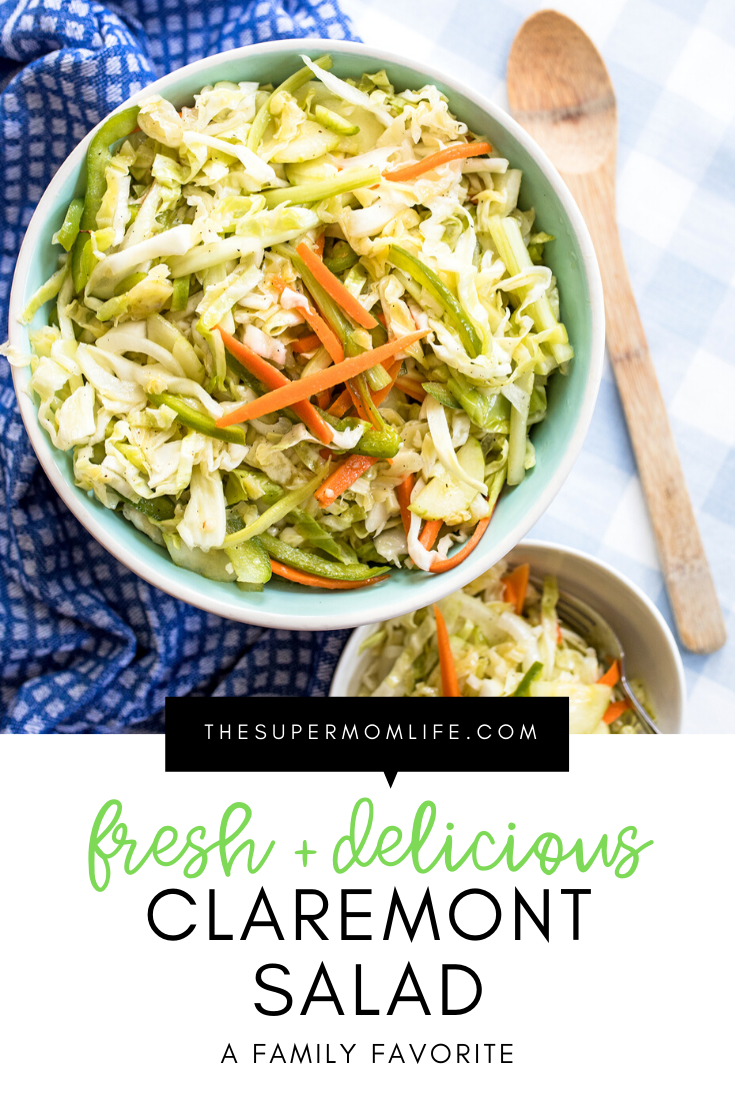 Claremont salad will take you a little bit of time to prep, with all of the slicing you have to do, but it’s a 100% worth it! You’ll want to cut all of the veggies into thin strips (except for the cucumber, which will be cut in half-circle shapes. I prefer to use the long english cucumbers because they are more firm and don’t have as many seeds. If you do use regular cucumbers, you’ll want to scoop out the seeds with a spoon.

If you’re short on time, you can purchase the cabbage already shredded and the carrots already chopped into thin sticks. It’s totally up to you! You can also use red cabbage or green cabbage, or a mixture of both. I prefer vidalia onions since they are a little bit on the sweeter side, but you can use yellow onions or red onions if you prefer.

Once you’ve finished chopping everything, you’ll want to whisk the dressing and cover the veggies, securing it all in an airtight container. You’ll find that there will be a significant amount of dressing at the bottom of the container and that it won’t cover all of the veggies. Don’t worry about that. Once your Claremont Salad sits in the refrigerator for 24 hours, and you continuously stir it, all of the veggies will soak up the dressing.

When I make Claremont Salad, I usually double the recipe, because the five of us tend to eat it for lunch and as a snack throughout the day. It should last for a couple of weeks as long as it’s refrigerated and in a sealed container. You’ll find that with each day, your Claremont Salad will become more tender, more flavorful and so delicious! 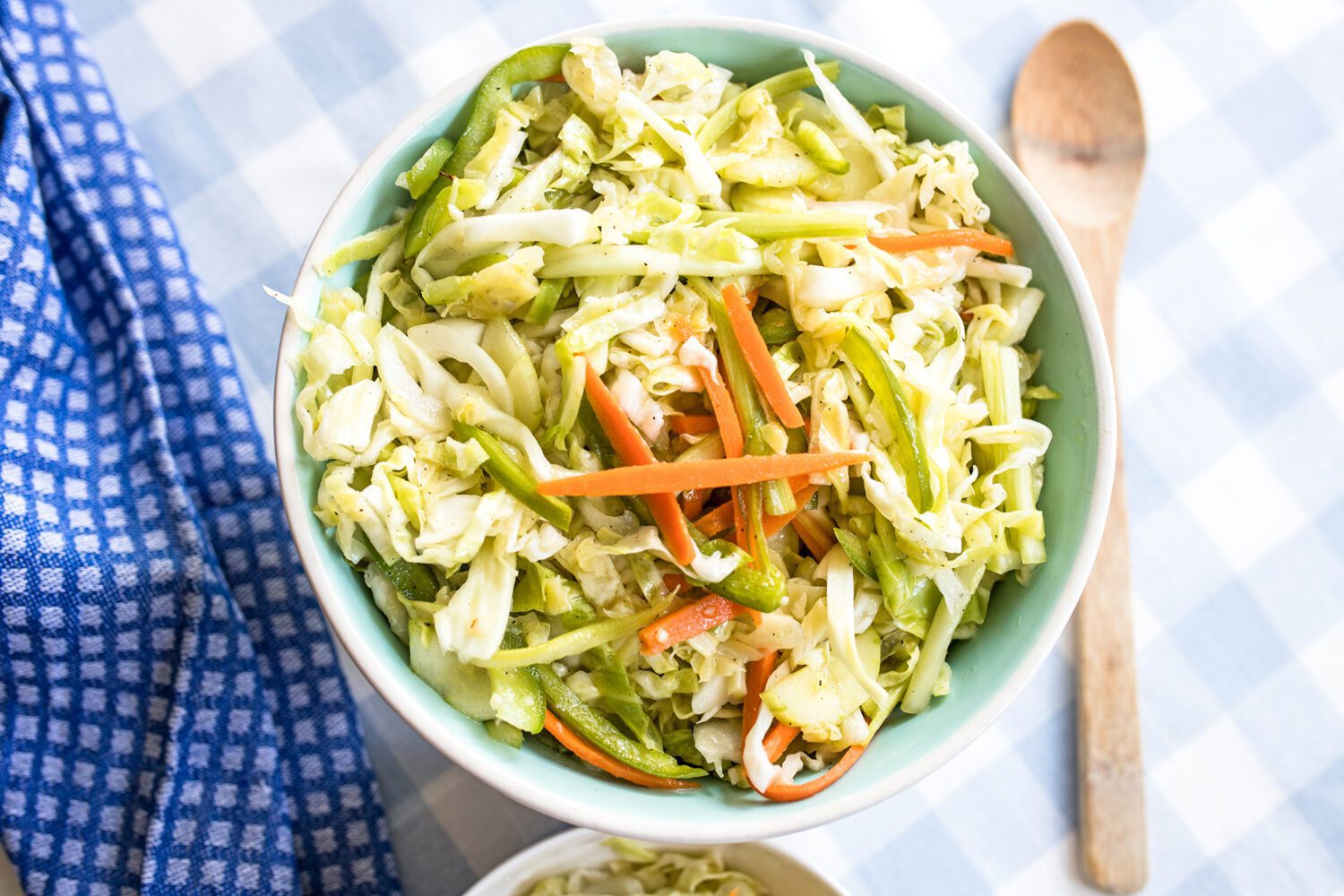 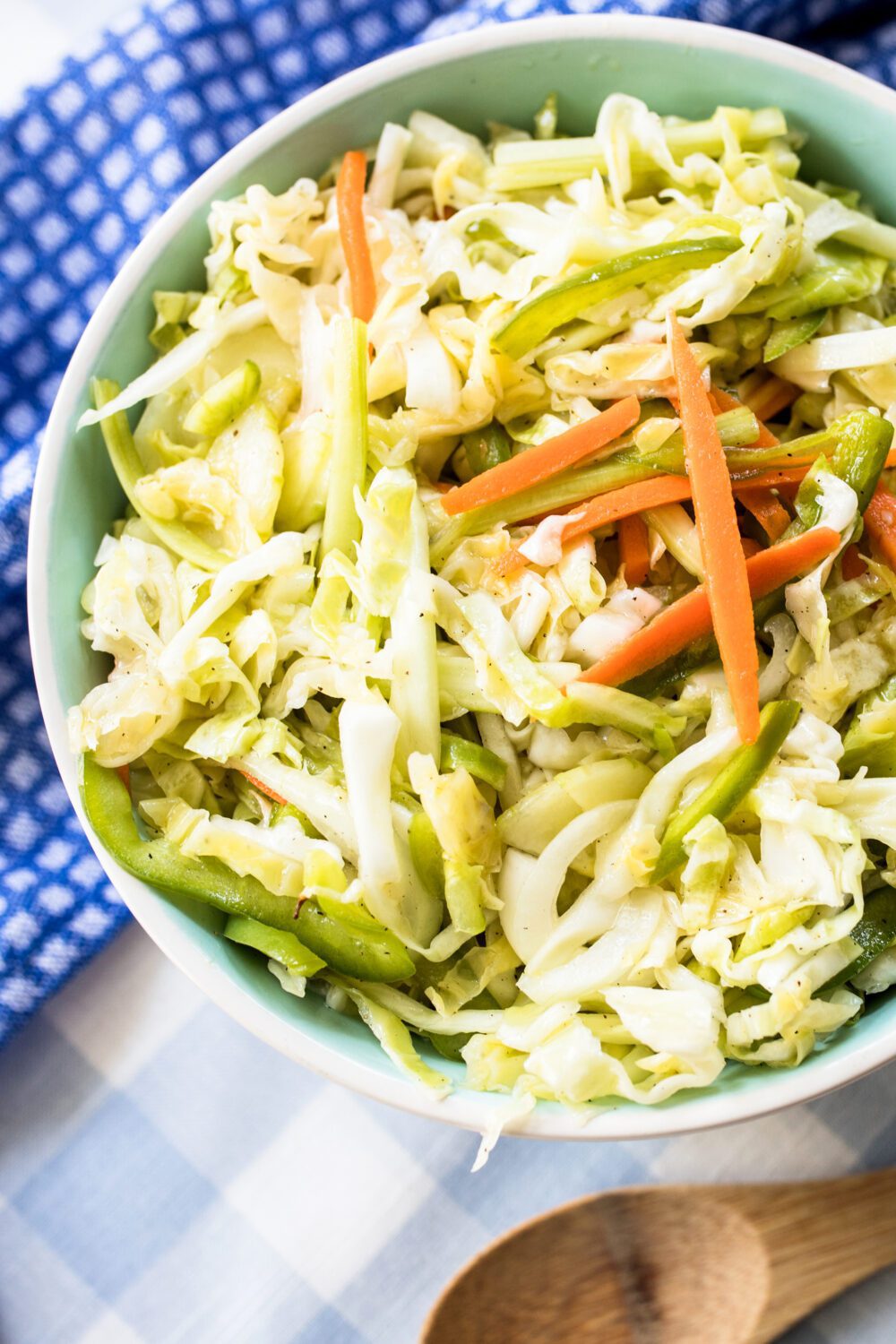 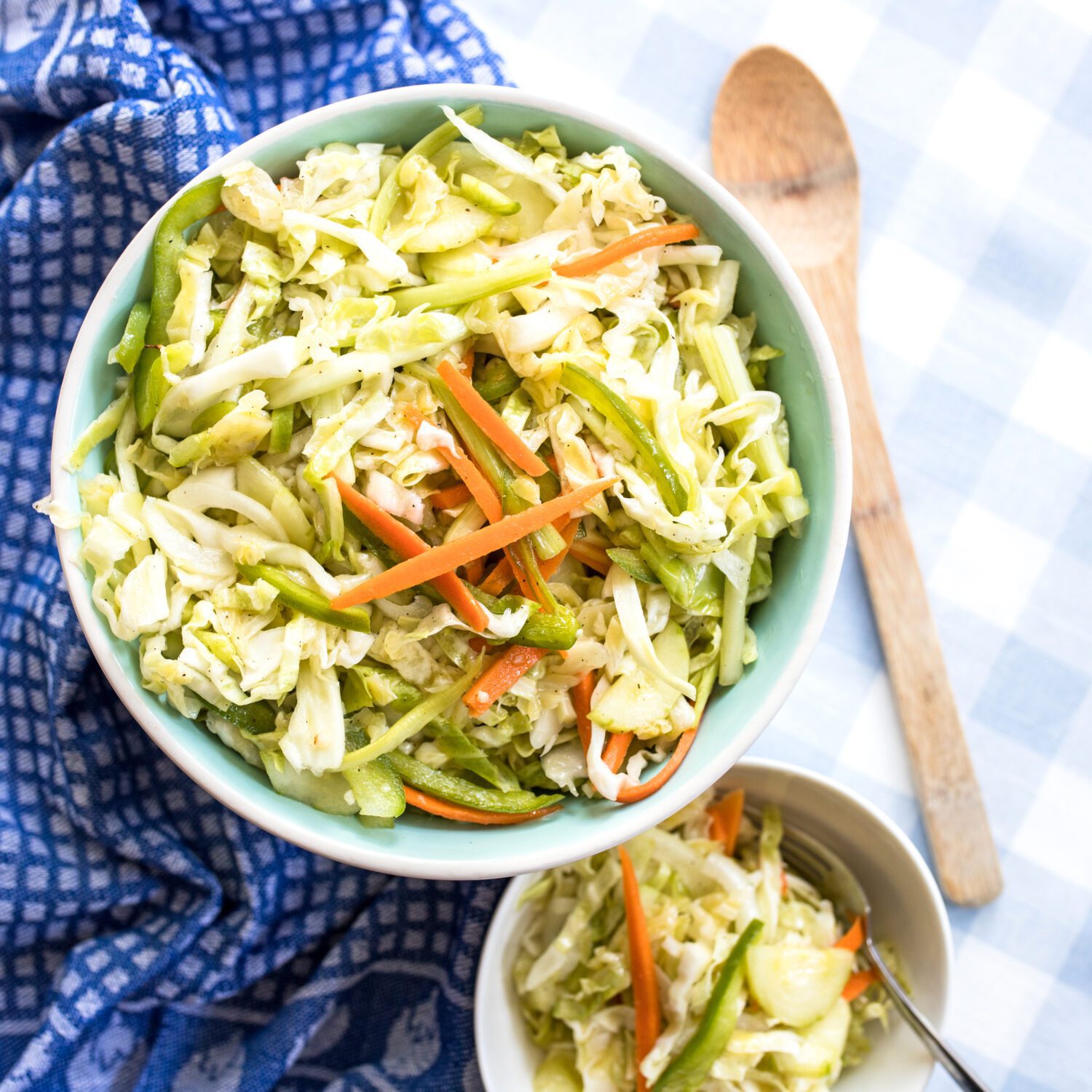 Also often referred to as “Health Salad”, Claremont salad is a blend of sliced veggies, soaked in a vinaigrette dressing. It is perfect as a side dish but is good enough to be eaten for a meal.

If you loved this Claremont Salad recipe and decide to make it yourself, we’d love to hear what you think! If you share a picture on social media, please tag us so we can see!

Don’t forget to check out our other family friendly recipes, especially Nana’s Slow Cooker Pot Roast with Homemade Gravy and Nana’s Classic Goulash! Stay tuned for her other signature recipes that I’ll be sharing very soon.

Will the Pandemic Lockdown Bring Back My Agoraphobia

Navigating Anxiety as a Mom – My First Podcast Interview

Will the Pandemic Lockdown Bring Back My Agoraphobia